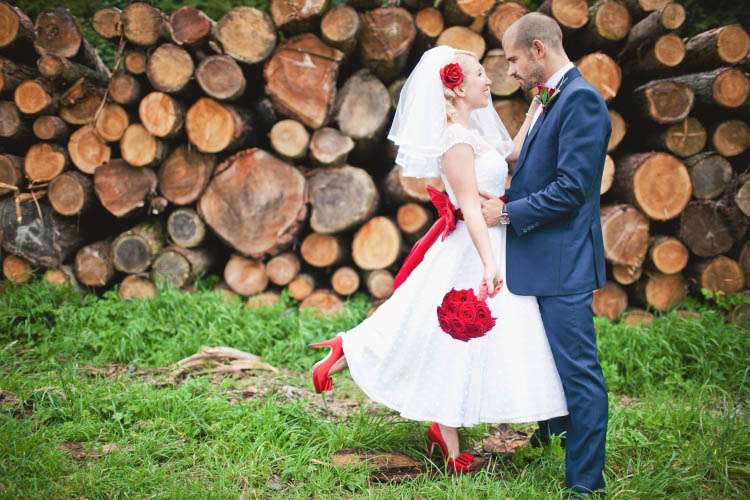 Jess & David were married in All Saints Church in Kirby and they had their reception in the bride’s parent’s back garden. Jess wore a Candy Anthony Dress, Upper Street shoes (which she designed herself) and Vivienne Westwood jewellery. The lucky couple had Shell De Mar there to capture their day.

“We met at school and had been together 12 years when David proposed at sunrise on the beach in Mexico,” Jess told me. “Initially I’d been reluctant to get out of bed so early but something told me it might be worth it…and it was!” 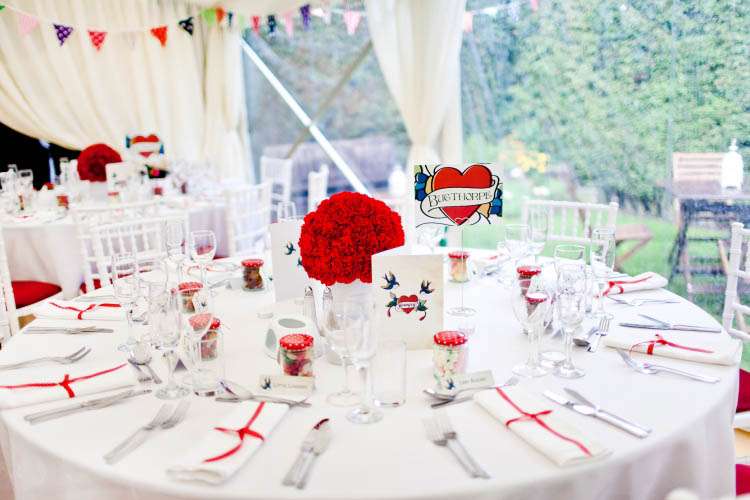 “We always knew we wanted to get married in Pocklington, the small Yorkshire town where my parents live and where the school at which we met is. But finding a venue was a big problem as everything just felt too formal and wedding-y. In the end, it made perfect sense to do it in my parents garden as we had the space and freedom to do everything exactly as we wanted. We felt really strongly that if we were going to have all the people around us that we cared most about, we didn’t want to be standing on ceremony. That was one of the reasons we put our table in the middle of the room, because we didn’t want that us and them separation.” 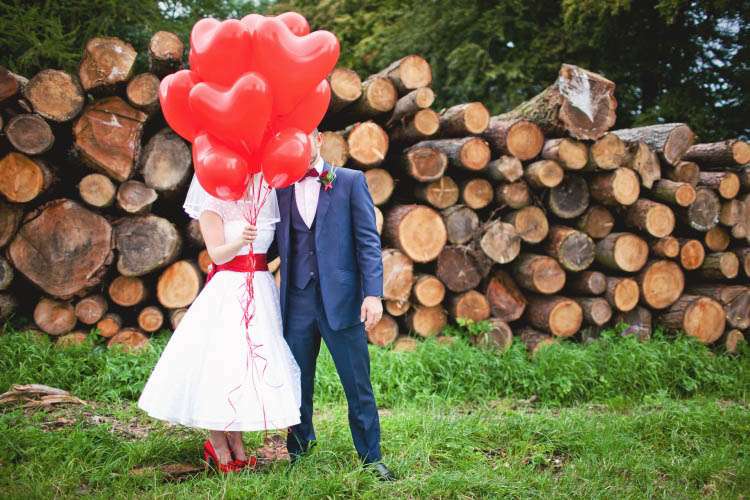 “I knew immediately I wanted a 50’s style dress and as soon as I clapped eyes on Candy Anthony’s dresses it was love at first sight. The polka dots were just perfect and the red sash was brought everything together. I was worried that David would be disappointed that I hadn’t gone more traditional but the look on his face when I walked down the aisle told me I had nothing to worry about. The right shoes were proving extremely difficult to find and it was my Mum who eventually found Upper Street’s website. I designed exactly what I wanted and six weeks later they arrived and couldn’t have been more perfect.” 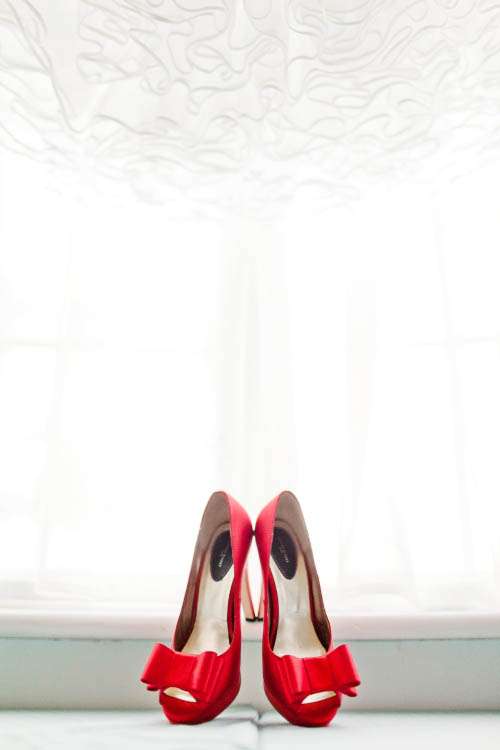 “My biggest thing throughout the planning was that I didn’t want to settle just because something was easier and I spent many hours trawling websites for ideas on how to do things,” the bride continued. “There were times, I think, when my Mum struggled with the idea that it wasn’t going to be a traditional, fluffy, sugar coated wedding, but she soon got what I had in mind and was amazing in helping everything come together. We couldn’t have done it without my Mum and Dad.” 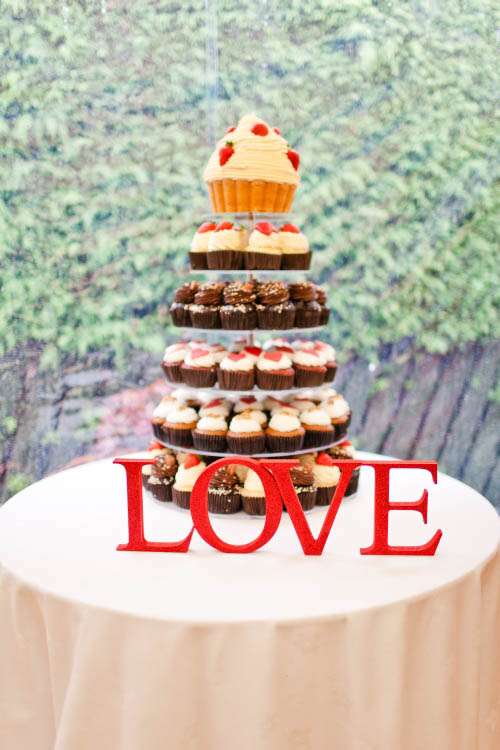 “In the end the theme was a celebration of all things kitsch – or village fete meets Rock n Roll tattoo parlour as one of our guests described it. The biggest compliment at the end of the day was the number of people telling us how the whole wedding was totally ‘us’.” 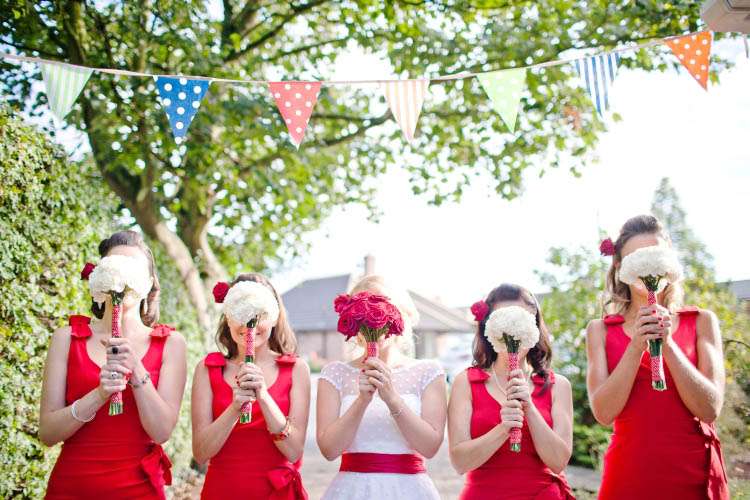 Gorgeous! Thank you so much to Jess & David and their photographer Shell for sharing. 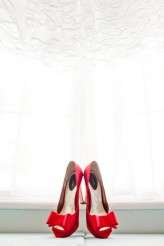 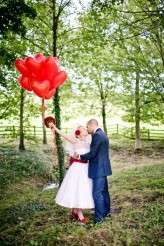 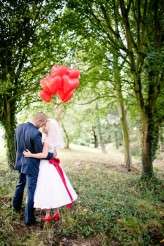 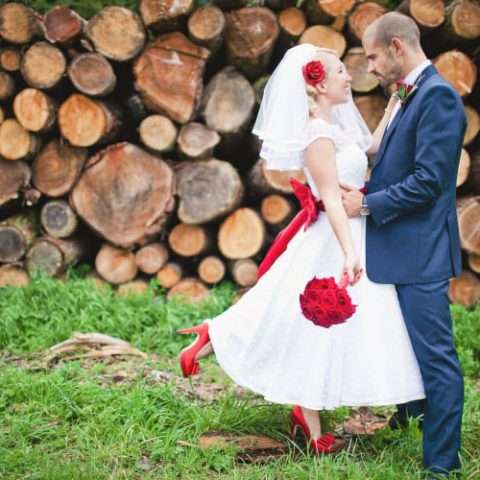 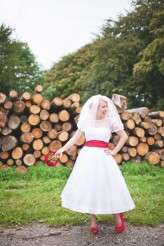 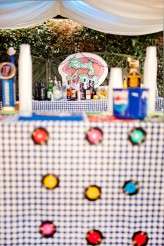 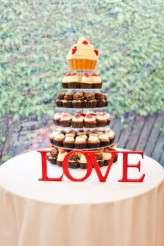 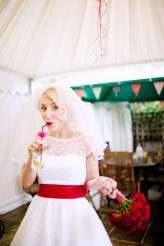 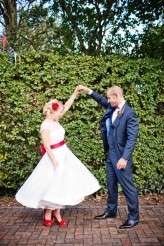 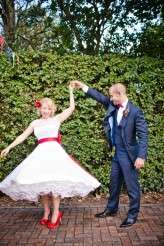 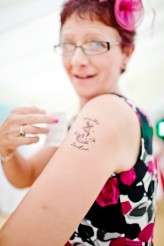 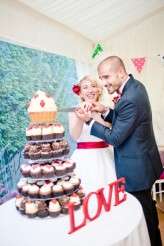 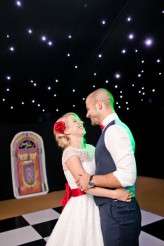