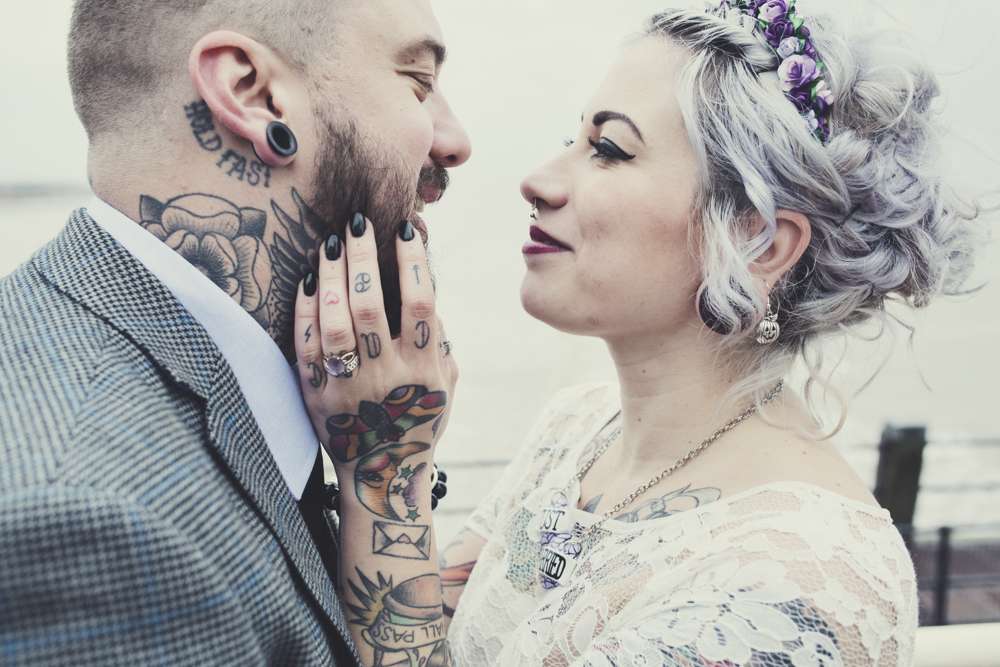 One of the questions people always ask me when we meet is, “don’t you ever get bored of writing about weddings?” And I always say, with the utmost honestly, that if they saw all the amazing weddings I get to look at on a daily basis they, like me, would never get bored!

When wedding photographer Lisa Jane showed me just one sneak peek from Jess and Jordan’s Brighton wedding I got excited. I just knew that a couple as cool as these two would have had an amazing wedding – and I was right! This is what Rock n Roll weddings are all about! 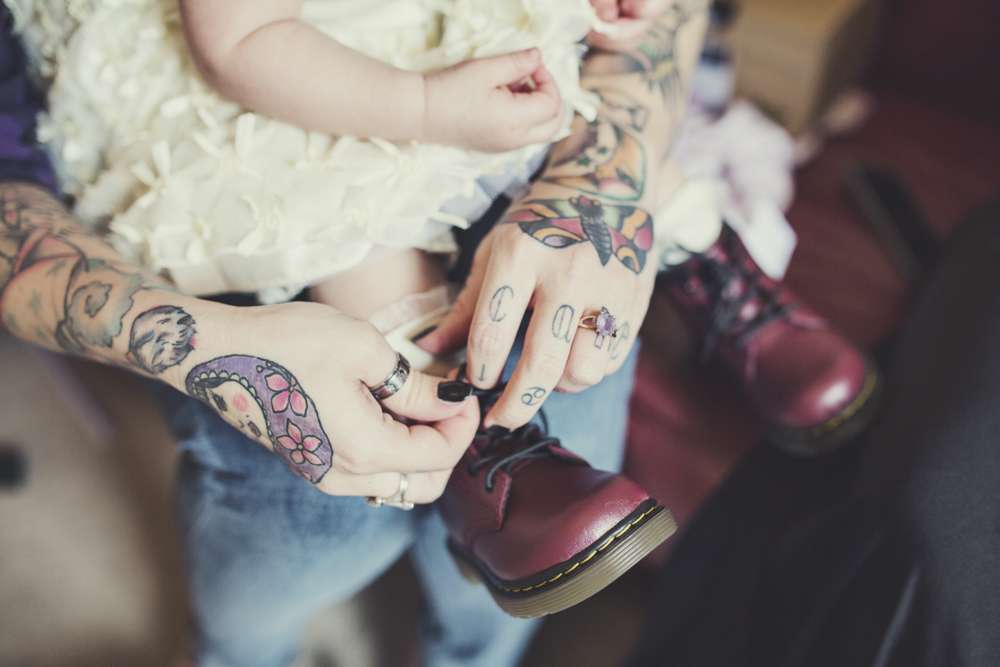 The day was held at The Dome Cinema in Worthing. West Sussex and this was a budget wedding to beat all budget weddings! The bride’s dress was from Modcloth, the bridesmaid’s dresses were from New Look and TX Maxx and everything for the reception – the cake (made by a friend), the stationery and the décor – were DIY. The groom wore clothes that he either already owned or that he found in vintage shops and they forgoed flowers completely. They spent less than £3000 in total.

“We met while in past relationships”, began Jess. “Hardships ensued and we found ourselves leaning on each other. We needed each other and became inseparable. My mum always says we were lost souls that finally found each other. Three years on we have a gorgeous daughter and we’ve never been stronger.” 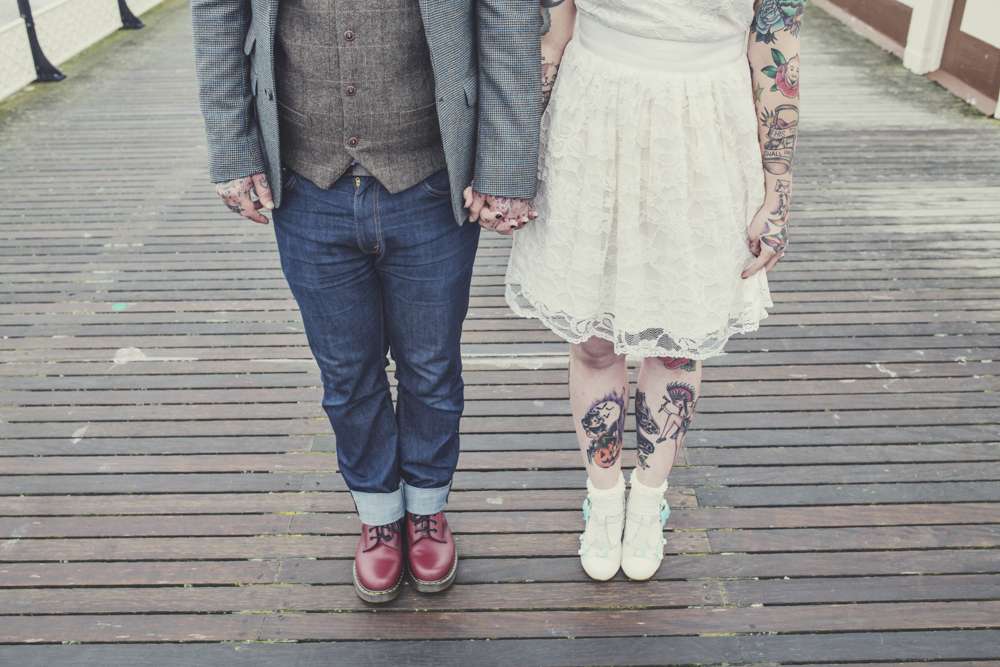 “We didn’t really have a theme as such but we chose Halloween as our day and the venue did everything for us with the views and the tea rooms”, she continued. “We didn’t set out to have an ‘alternative wedding’, it was just the norm for us. We are set in our ways with our lifestyle to the point we don’t think about it. We own a tattoo shop and my husband has been in bands most of his life. I guess we gravitate to what’s unusual in other peoples eyes. The day was purely just us to a T right down to our daughter’s Dr Marten boots under her frilly dress and the date we chose.” 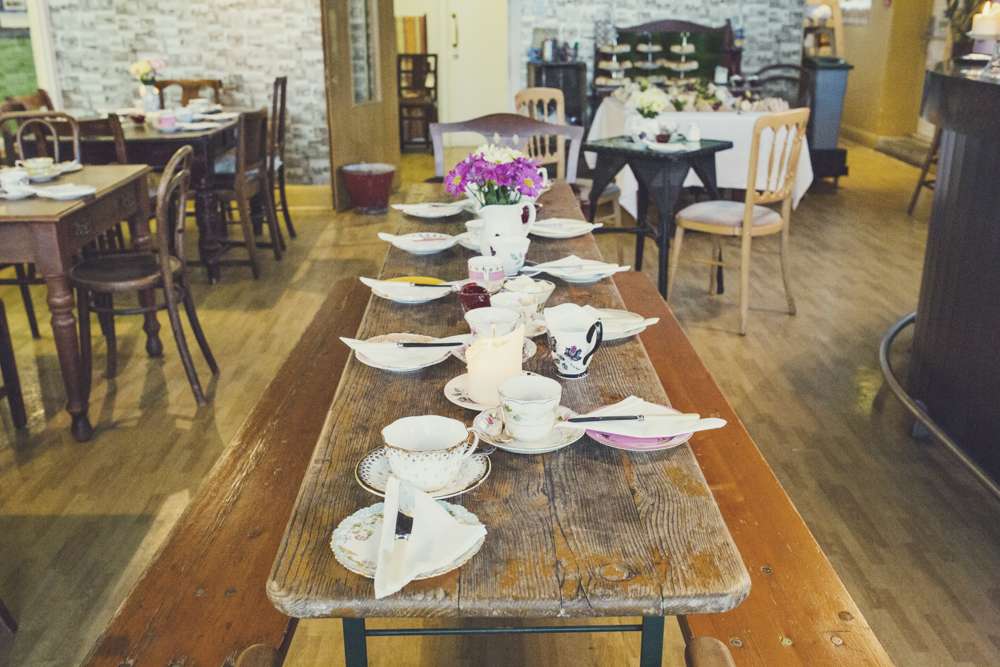 “One of my favourite moments was during the speeches. My husband is straight edge and we played down the alcohol part of the wedding, a risk I know but we are lucky in friends who respected our wishes. Instead of raising a glass one friend raised a fist, then everyone did. It was an awesome totally effortless punk rock moment that has stuck with me.” 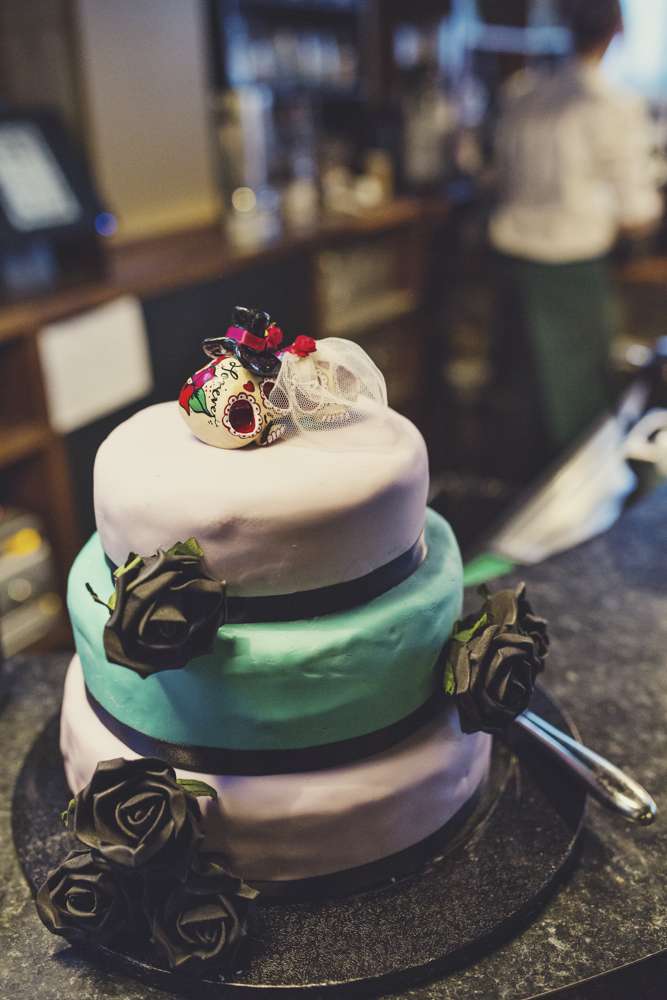 “We spent the most on our amazing photographer”, she concluded. “I had decided on Lisa before we were even engaged I’m so over the moon with the photos it’s unreal. Knowing talented (and generous) people saved us lots of cash. I did a lot of things myself or with the help of friends. My advice to future brides and grooms would be to keep it simple. Simple is ok. With the right venue and guests your wedding is done, everything else is a bonus.” 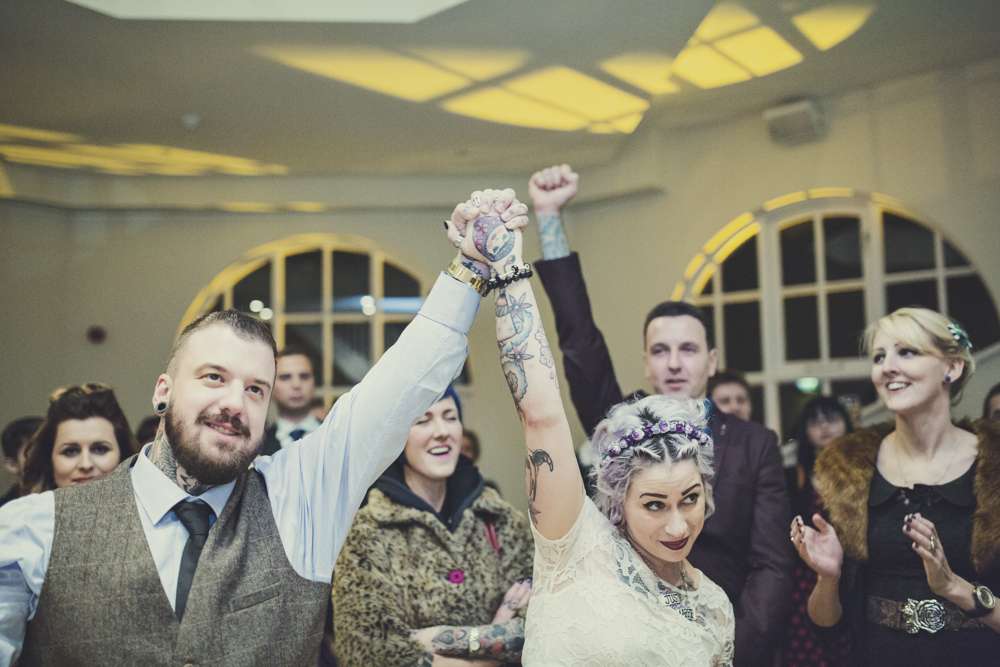 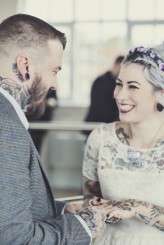 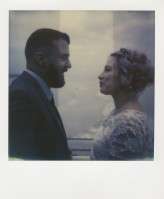 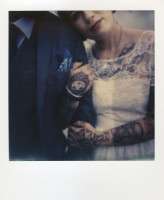 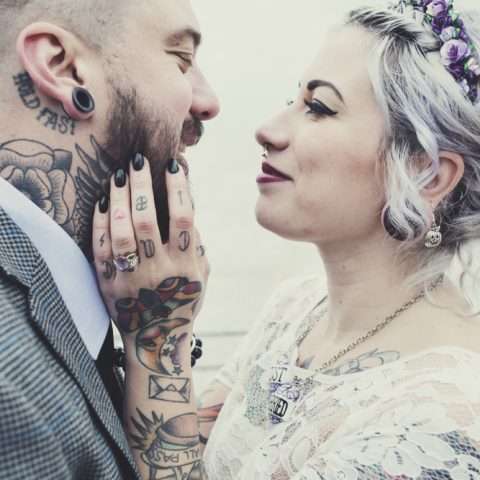 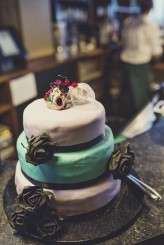