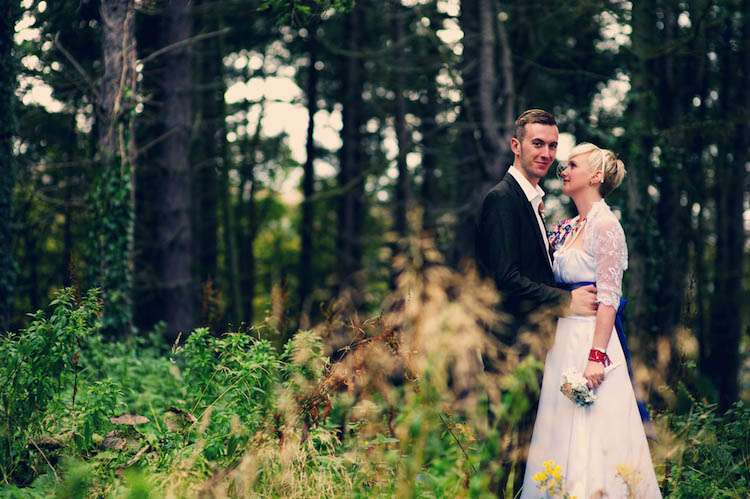 Julia & James had a handmade and patriotic Great British theme for their September wedding – red, white & blue. “I knew from the moment we started to plan the wedding that I wanted it to be DIY,” the bride told me, “and to be able to keep all the aspects to decorate our home. We had so many great comments on the day from the registrar and venue that they had never seen a wedding like ours before. I am a avid follower of Rock n Roll Bride, Ruffled blog & Green Wedding Shoes so I scrapbooked a lot of ideas from them all over the past 2 years!” 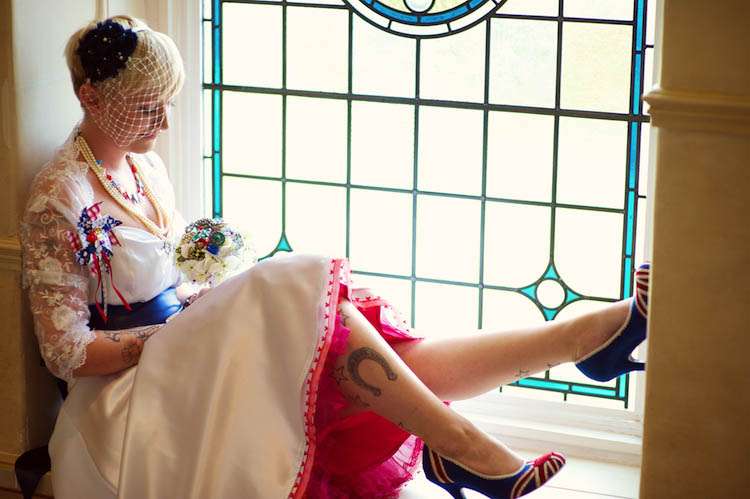 Julia wore two dresses, the first was made by her Mother which she wore with Union Jack Irregular Choice shoes. In the evening she changed into a dress which she bought from eBay. “I saw it one evening when looking for a joke dress to wear to a friend’s hen party and my heart stopped,” Julia continued. “It was the one! I bid as far as my purse would let me, and I didn’t win. I was tweeting away and some of my followers suggested I contact the seller directly.” 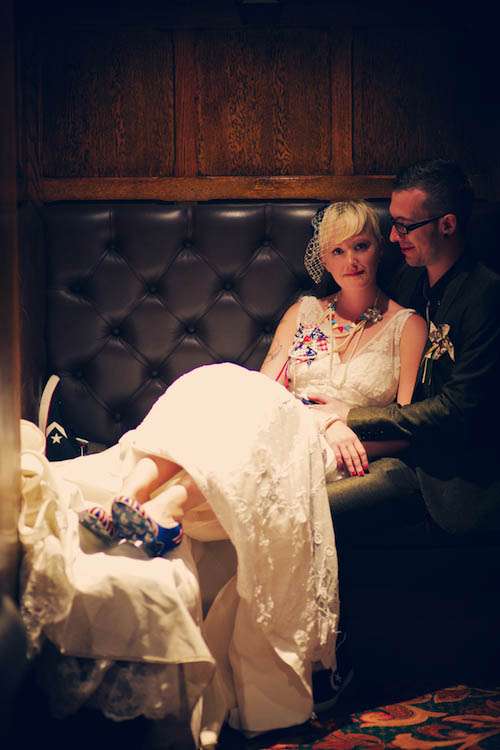 “So I did, and asked her how much she wanted for it. I was devastated when she told me the amount as it was more than I could pay at that time. Anyway, I kept tweeting my dismay and had resigned to the fact that the dress wouldn’t be mine. I had a DM from one of my friends saying that I could start a group on facebook asking all our mates to donate some money and that it would be a wedding present from them all. I didn’t think anything would come of it but not long after the same friend DM’d me saying ‘check your email’ and there was a PayPal amount awaiting me – to cover the WHOLE amount for the dress. As you can imagine I cried and laughed and jumped for joy!” 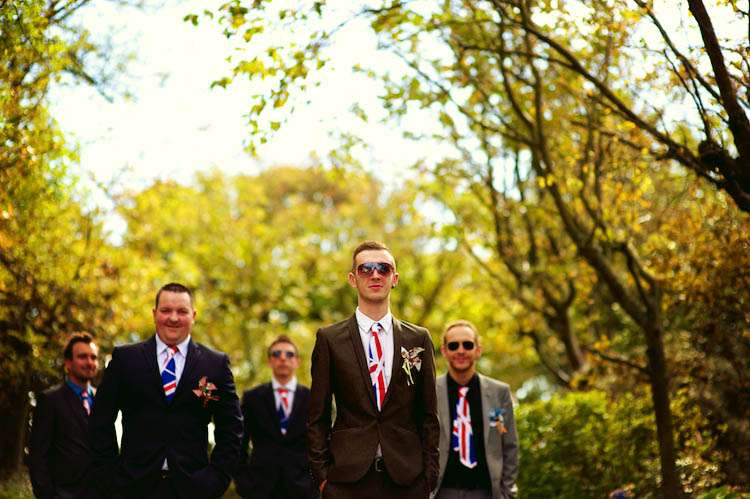 The reception decor was all DIY including the bunting, 400 pinwheels (which they had instead of flowers on the tables as well as instead of traditional bouttonierres for the boys), the string ball decorations and all the table decorations. Instead of a traditional wedding cake, they had a cake competition where they asked their guests to bring a homemade cake. They had all kinds of entries including a barbie doll cake, apple and cinnamon muffins and sparkly cake pops. 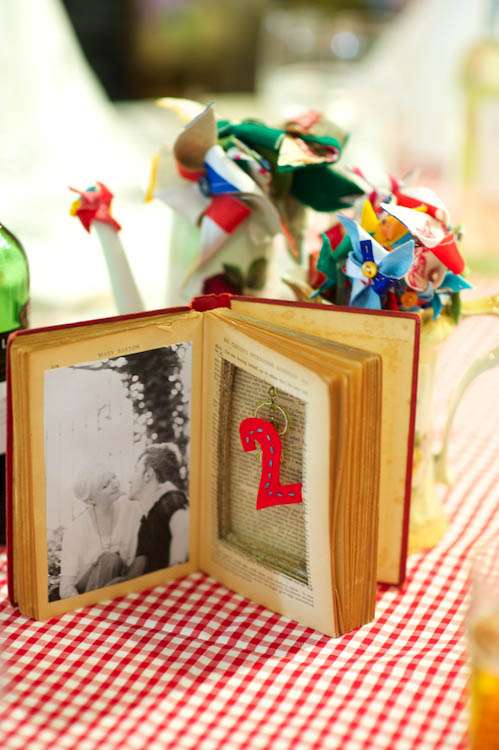 Thank you so much to Julia & James and their photographer Shelly for sharing these today. 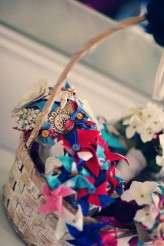 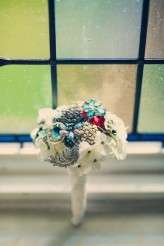 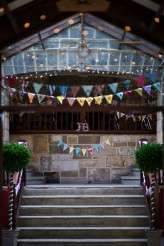 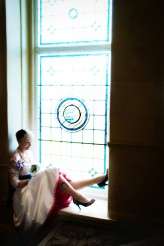 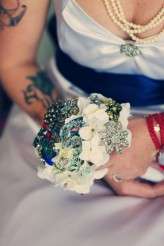 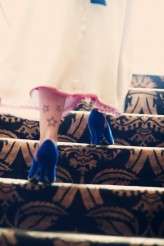 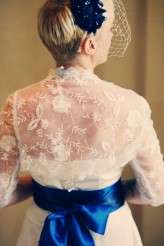 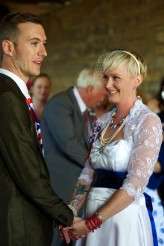 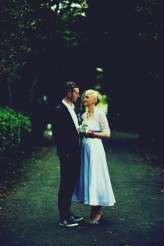 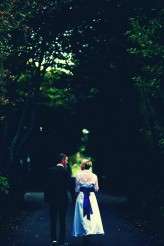 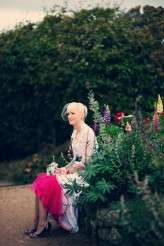 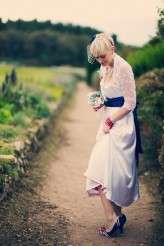 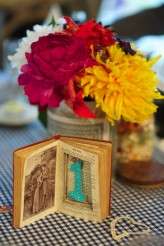 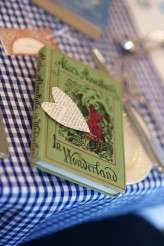 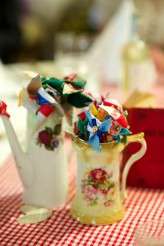 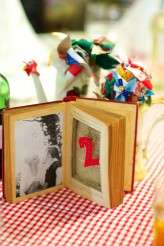 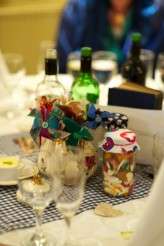 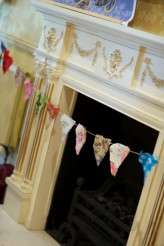 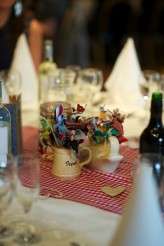 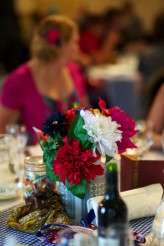 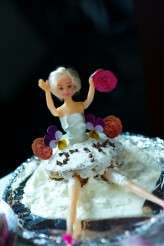 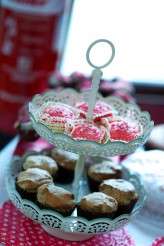 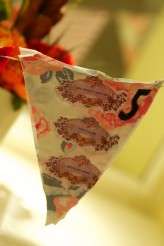 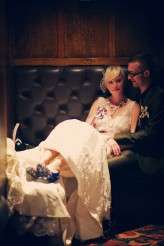