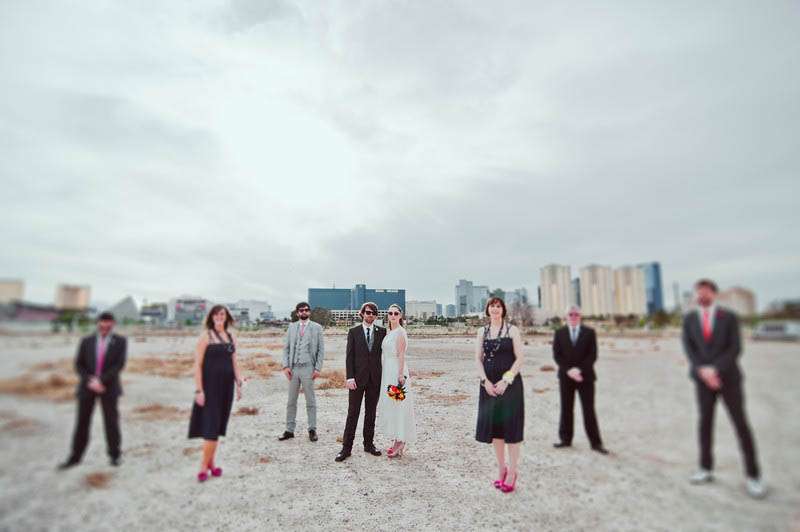 Lori & Tom were married in Las Vegas in a casual and laid back wedding. They kept their day simple and significant to them, as Lori explains, “We live in London and met at Coachella music festival in 2007. We wanted intimate (we were thinking 35 people, we ended up with 54!) and casual, a bit different and more of a party than a wedding. No ice sculptures, receiving lines, or head tables. We just wanted to have a big party with our family and close friends. My family live in Vancouver and Tom’s family in England, so we decided that if guests were going to travel, then why not make it a big holiday in Vegas? And to top it all off, in meant we could go to Coachella with our closest friends before the wedding — bringing everything full circle.” 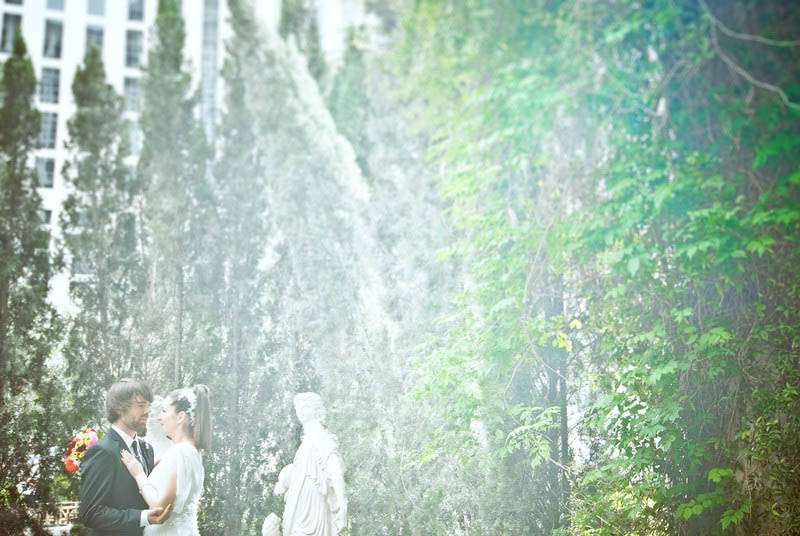 “There wasn’t colour theme, just bright and fun,” she continued. “The boys all had different coloured ties with vintage tie clips and buttonholes which I made out of bright ribbon. The girls wanted comfy casual chic, so they picked the dresses and I didn’t stipulate a thing. I wanted it to be about what they wanted not what I wanted as they were the ones wearing it after all. We had fun trying stuff on a Bicester Village (just outside Oxford). It’s a great place to snag a bargain!” 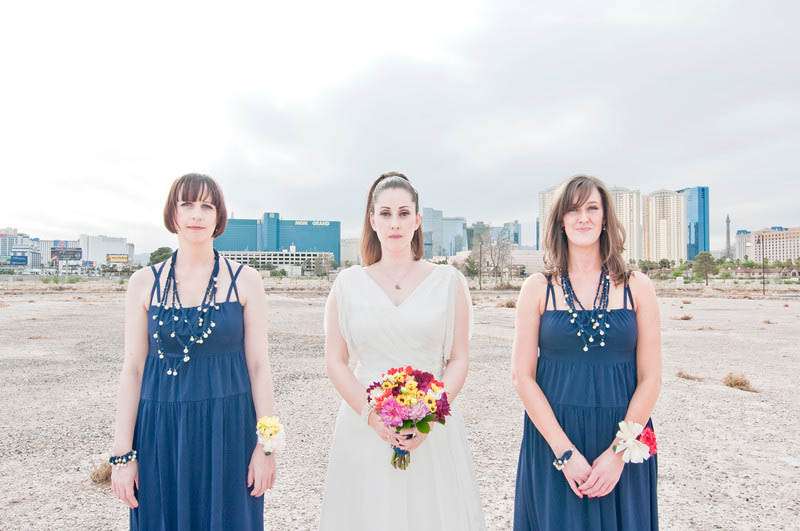 Huge love and thanks to Lori & Tom for sharing their wedding with us today. 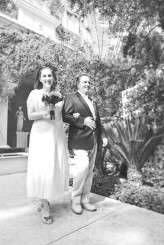 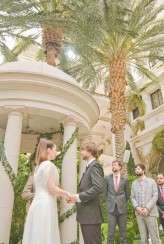 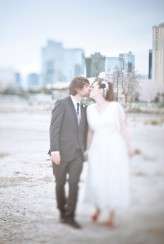 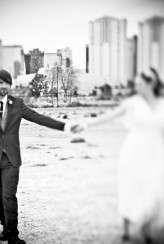 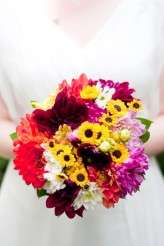 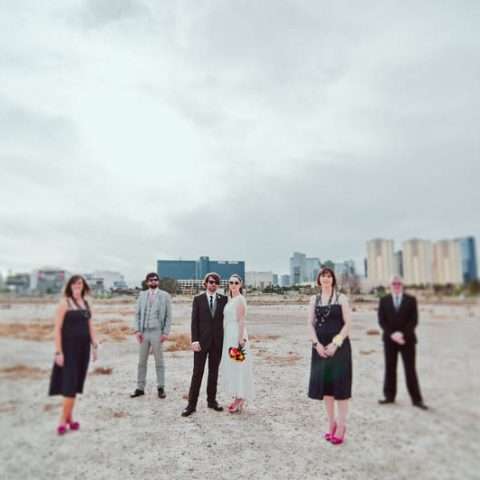