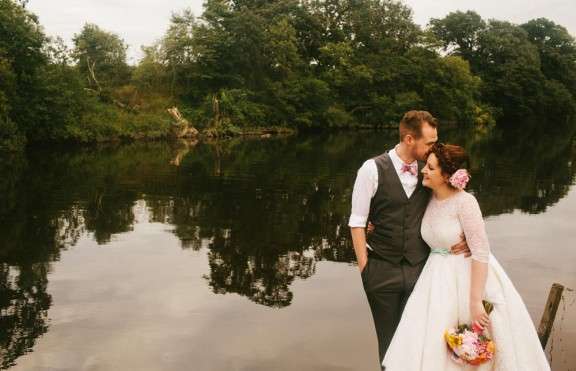 With just £3000, a mountain of ideas and a hell of a lot of hard work, Abby and Liam planned their DIY village hall wedding for August this year. The day was held at Eccleston Village Hall, with the ceremony in the garden. They saved a lot of money by not going for traditional wedding stuff. Abby’s amazing dress was vintage, bought at Pillbox Vintage Wedding Fair, which she then had reworked by Carla at Mon Ami. Liam’s outfit was from River Island. The flowers were all grown in the bride’s mother’s garden and their transport for the day was their own vintage yellow Beetle! 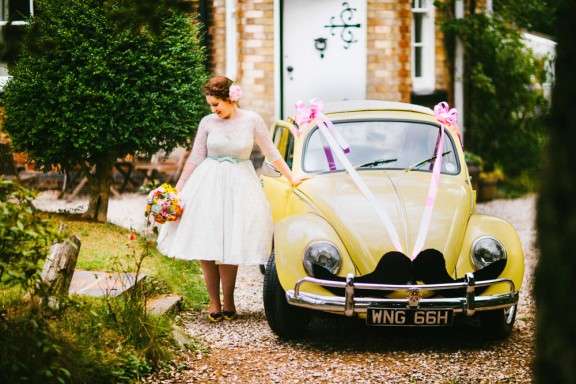 “We were very, very keen on not having any kind of concrete theme”, Abby began. “Simply because it was too much hassle. I couldn’t be bothered matching a napkin to someone’s shoes and other silly things. I knew we could obsess over this and see costs soar. Our life and general belongings are quite random – and that’s why it all works! We literally chose something if we liked it, and hoped it wouldn’t look like a jumble sale on the day.” 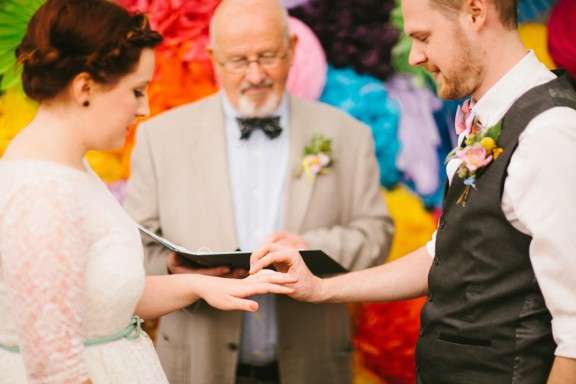 “The aim for the wedding was just to make it as ‘us’ as possible. We just don’t understand how people can spend so much on one day, and have it look exactly the same as everybody else’s?! Why, on a day of celebrating the love of two individuals, would you not celebrate their individuality? I was also determined not to become a Bridezilla! I purposefully tried to be easy going, knowing everything won’t be perfect and that numerous things could go wrong at any stage.”

“The flowers in particular, it was a pretty big gamble deciding to grow all the flowers and although we did buy more – we ended up with much more than we knew what to do with! I also really wanted to source as much as we could locally. I have seen the struggles of small business owners first hand, and knew that if I could get it locally, I would.” 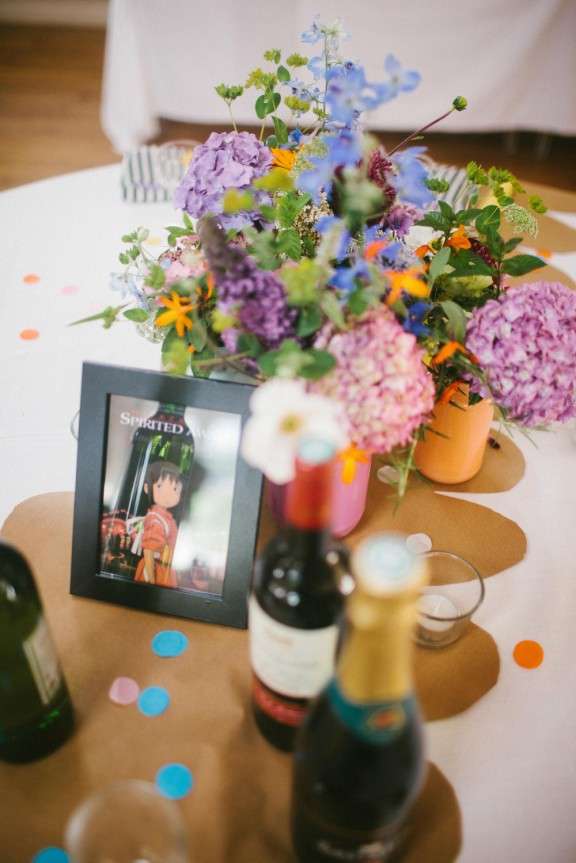 All that DIY really saved these guys money, but there was one thing they were never going to scrimp on. “The photographer was the only thing we splashed on”, she explained. “We decided that with all the hard work we were putting in, we needed amazing pictures! I would have been gutted if after hours, weeks, and months of sitting in our spare room making all the little details – that they weren’t captured. I am so glad we did this! Miki was just amazing. We couldn’t count the number of people who came up to us during and after the wedding saying how awesome and lovely he was! Everyone has been blown away by his photographs. We are so glad we found him!” 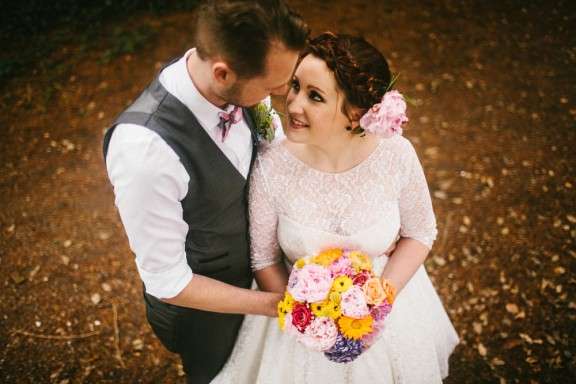 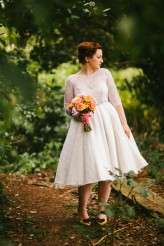 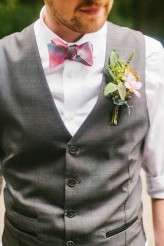 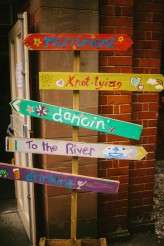 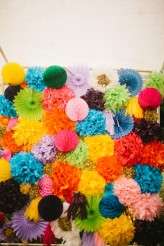 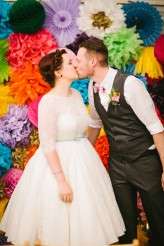 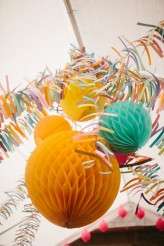 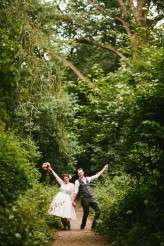 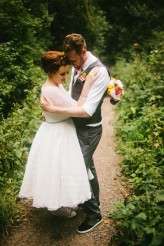 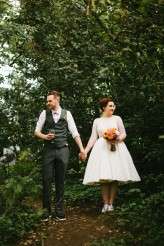 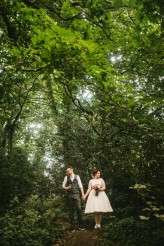 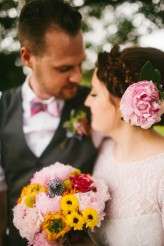 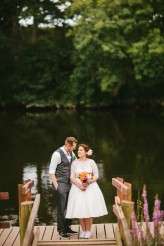 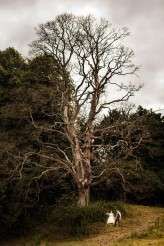 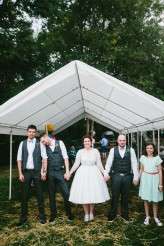 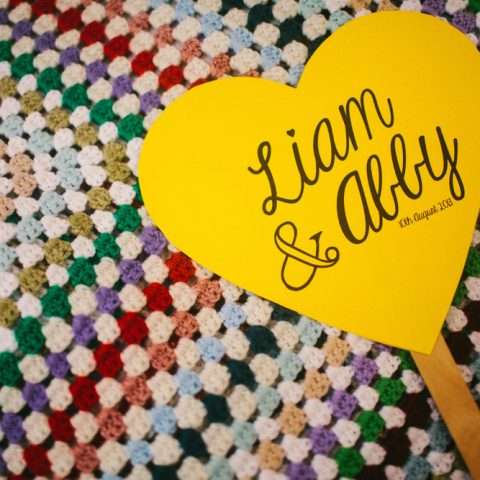 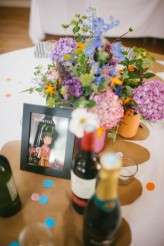 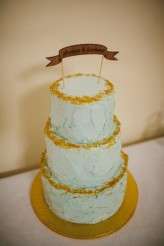 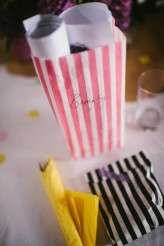 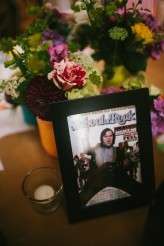 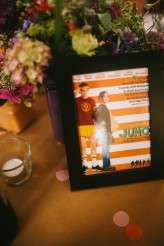 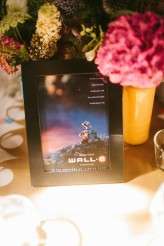 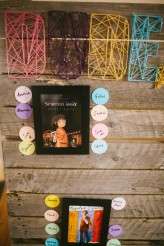 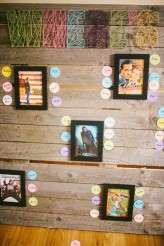