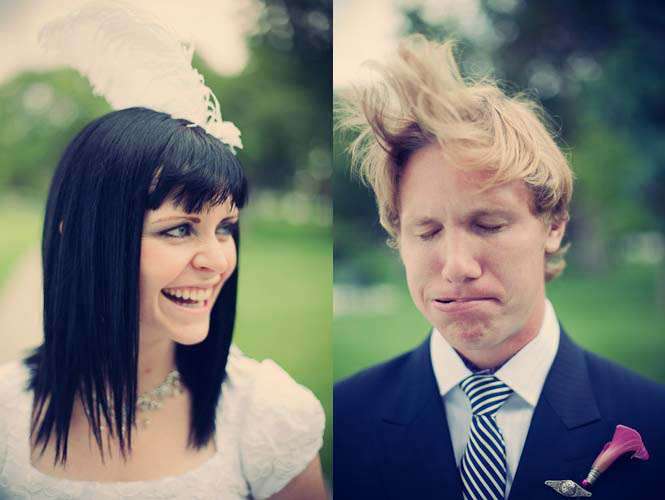 Contain yourselves people, I have an pretty damn awesome wedding to share today! Rachel & Brandon, a Mormon couple, are definitely Rock n Roll – just check out that bride’s style! Rachel’s Mum made her dress (OMG!)  inspired by Alexander McQueen and Project Runway!

“I got the idea from a dress by the late Alexander McQueen (loved him) and Project Runway” Rachel told me. “I think it was season 5…Kenley was the contestant’s name and she totally ripped of McQueen, but her rip off gave me the idea for MY rip off and the idea for my dress was born. When I got engaged (like a year after that season aired), I emailed my mom some pictures of the dresses and asked if she could make one like that for me. She, being the amazing mom that she is, told me she would try. So we spent the next few months finding fabric and combining patterns. My dad helped with the skirt-he is a mechanical engineer-so he helped us figure out how to tier the fabric so it wouldn’t collapse on itself due to the weight of the feathers. And we ordered the feathers, which were ostrich I believe, from some craft place in the south, I think they were from Louisiana or something. The dress is actually 3 pieces-there’s the bodice with a tulle skirt attached, then an underskirt that is more or less a hoop skirt, and then the feather skirt that goes over the top and attaches with some buttons and a hook & eye.” 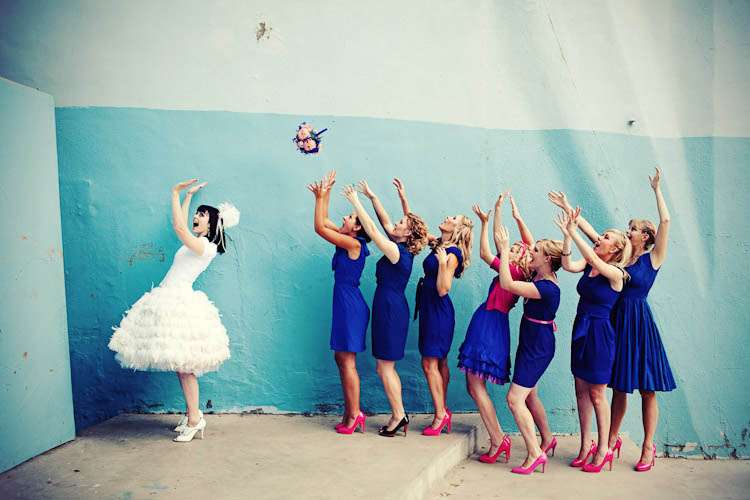 Rachel teamed her amazing dress with shoes from ebay and a hairpiece that her husband made for her (seriously OMG how adorable are these two!?)  He glued a brooch Rachel had found in a bridal store to a feather, then added some ribbon and pearls and put it all onto a clear comb. Ta da!

Amazing!! Thanks so much to Rachel & Brandon and their photographer Bryan for sharing this incredible day with us 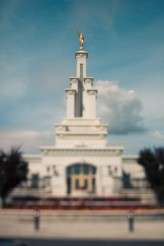 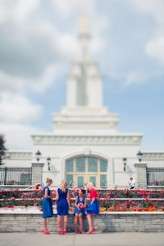 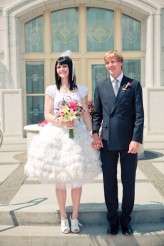 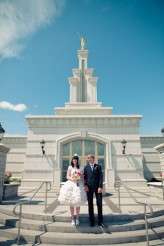 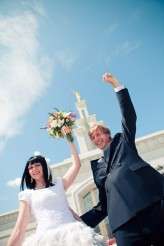 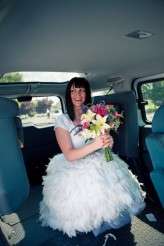 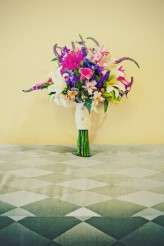 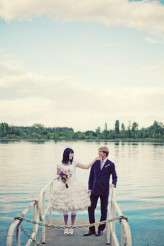 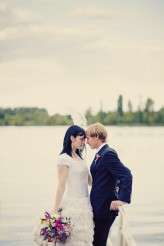 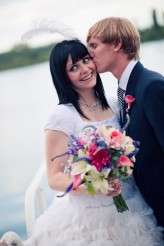 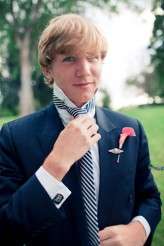 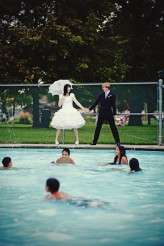 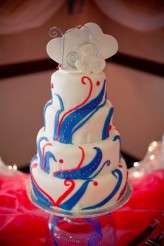 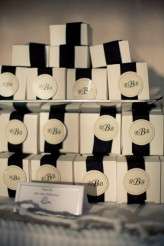 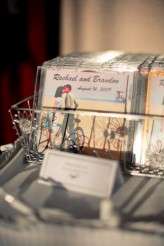 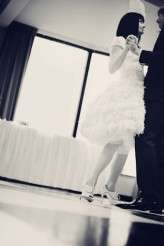 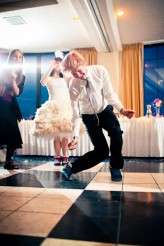