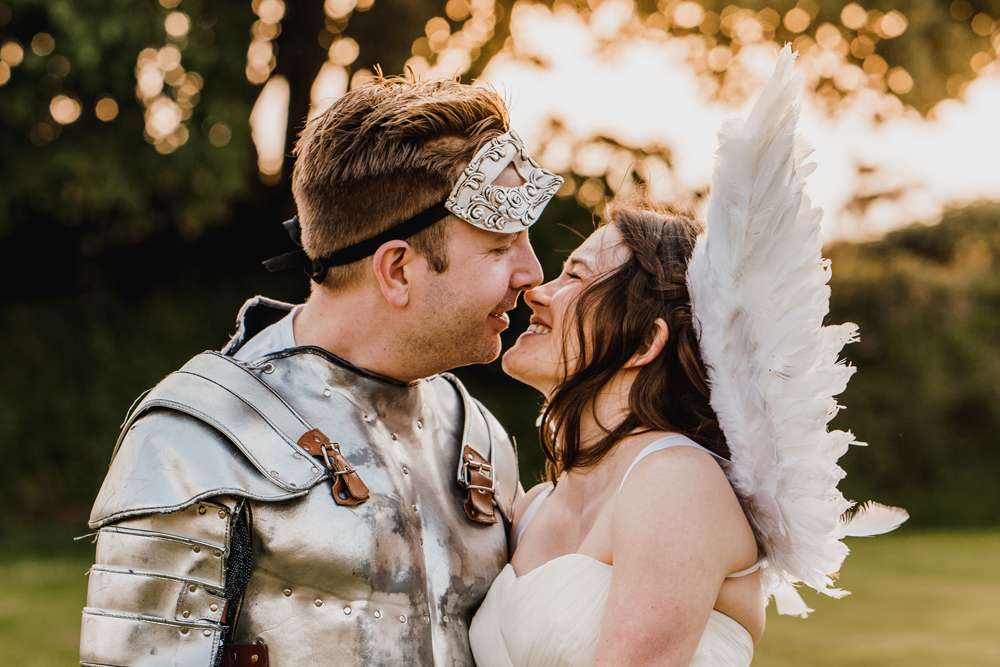 What’s the most romantic story of all time? Clearly, it’s Romeo + Juliet… And the best adaption of that story is arguably the Baz Lurhman film staring Claire Danes and Leonardo DiCaprio. So, what could be a better theme for a wedding than THAT? And, oh boy, did Jane and Brendan go all out for their incredible day, Any bride in wings is a-OK in my book! 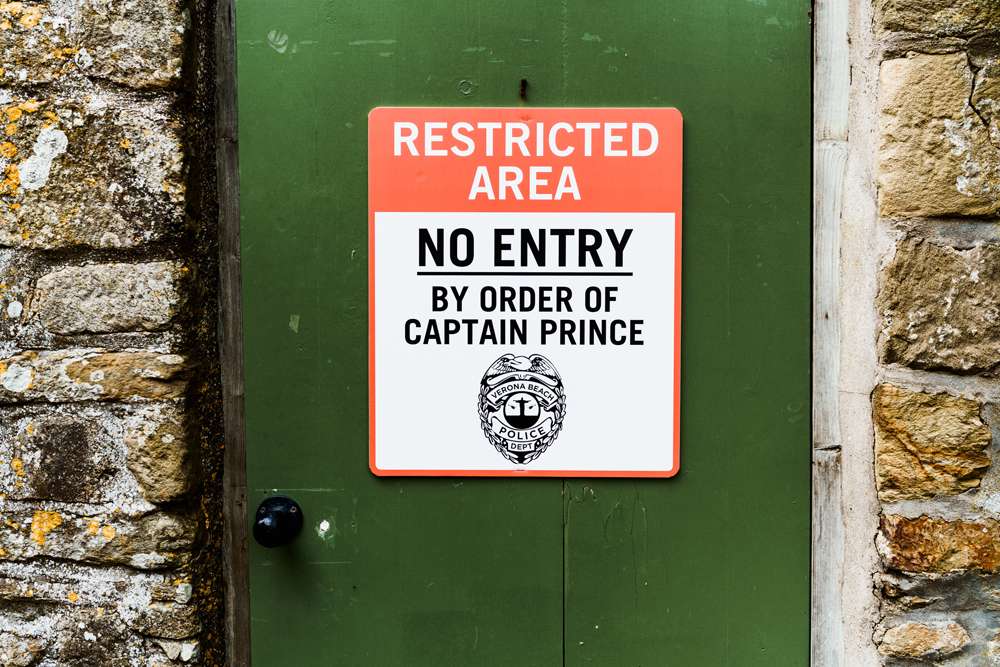 They were inspired by Secret Cinema and the immersive film experiences so they kept a lot of the wedding plans a secret from their guests in the run up, only revealing little details when they absolutely needed to know them (such as telling them what to wear). The bride explains, “All the guests were assigned a family, either Capulet or Montague. To maintain a level of mystery guests were collected by coaches and dropped off at ‘Sycamore Beach’ at the venue; a collection of food trucks, thatched-roofed bars and palm trees reminiscent of the rundown beach from the film.” 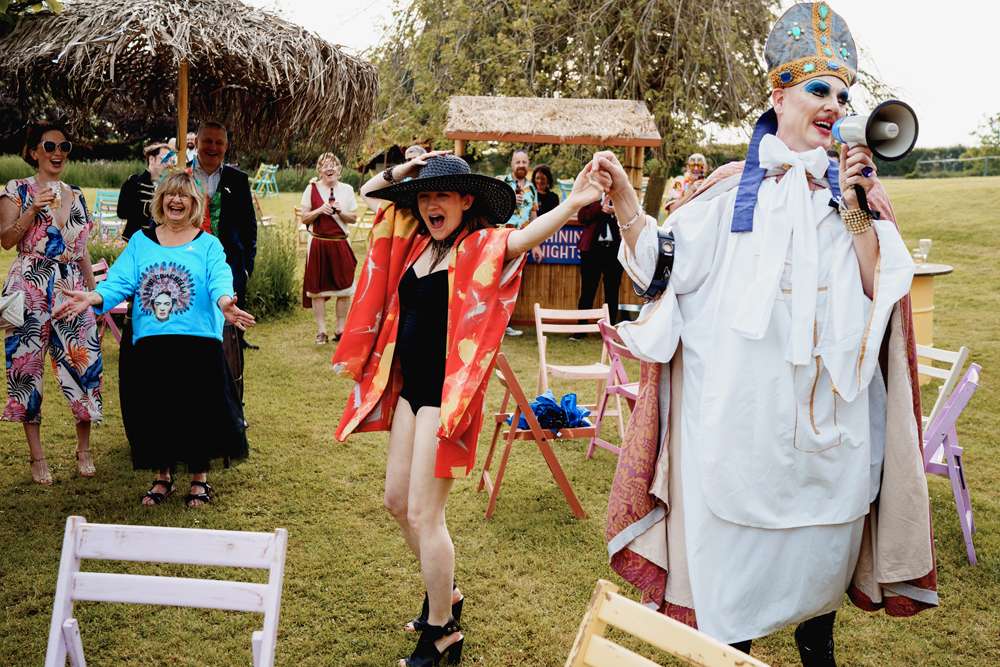 “After several hours of food and cocktails the drag queens arrived (lead by Pope John Sizzle the 69th). Guests were lead into the courtyard where Sizzle performed the ceremony. Everyone then changed into their Capulet ball costumes and moved to the Capulet mansion (Ash Barton party barn) dressed with full size romanesque statues and party backdrop from the film. Drag queens then DJ’ed and performed all night including a performance by Anna Yeats singing Des’ree’s Kissing You. The chapel was then opened where guests could feast on desserts surrounded by atmospheric monk chants and neon crosses.” 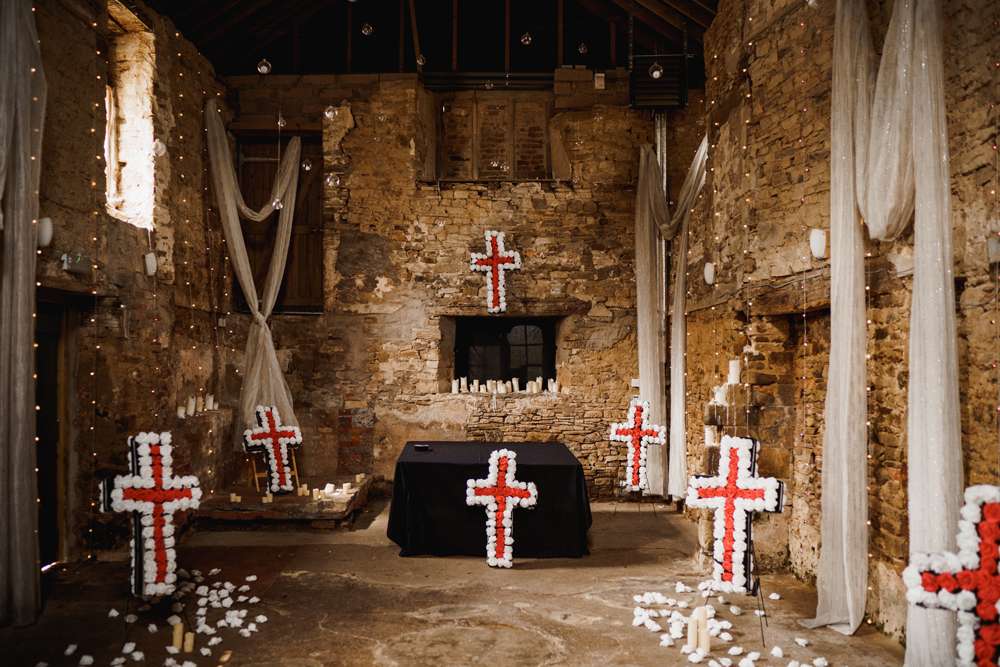 While planning the wedding with a newborn baby was tough, they had the most fantastic day, in fact the only thing they’d change would be to have it end later at night! They really weren’t ready for it all to be over when the coaches came to collect everyone, “The best part of planning the wedding was imagining how our friends and family were going to respond to all the reveals”, Jane said. “Information was given on a need to know basis so the ‘Save the Date’ and initial RSVP gave little away but the URL for online responses was twohouseholds.co.uk.” 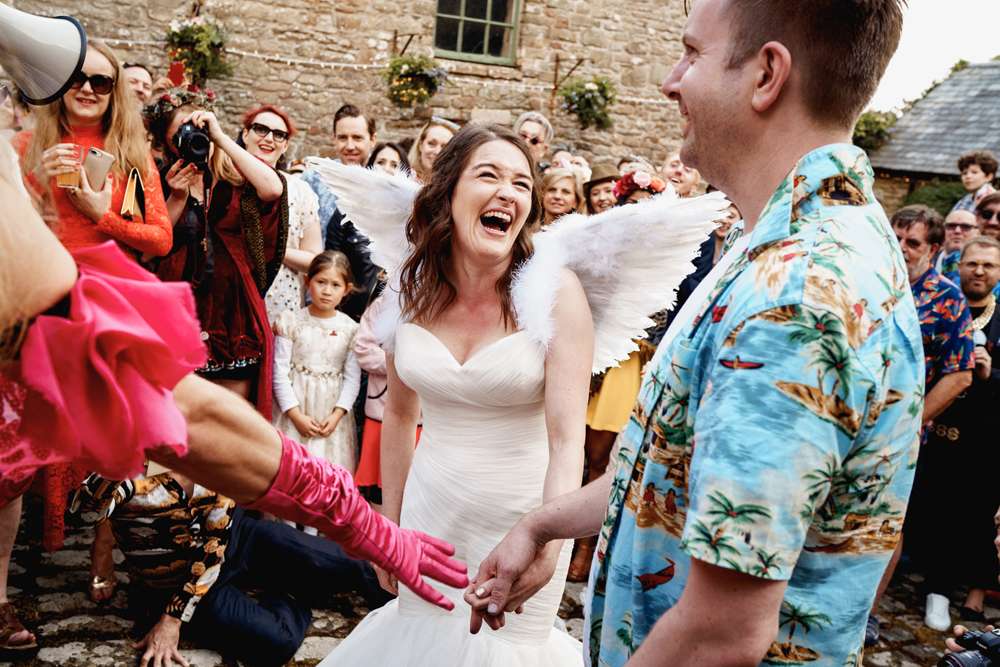 “Nearer the time when guests were assigned a familial allegiance and given hints on what to wear they still were still not given an order of service for the day; only told where the coaches would pick them up. As many had never been to Secret Cinema or any other immersive film theatre event some were a little perturbed at first but blown away with the experience in the end. We also set up a Facebook page to allow everyone to swap hints, make friendships and stir up hostilities between the Montagues and the Capulets prior to the event. That was a great success!” 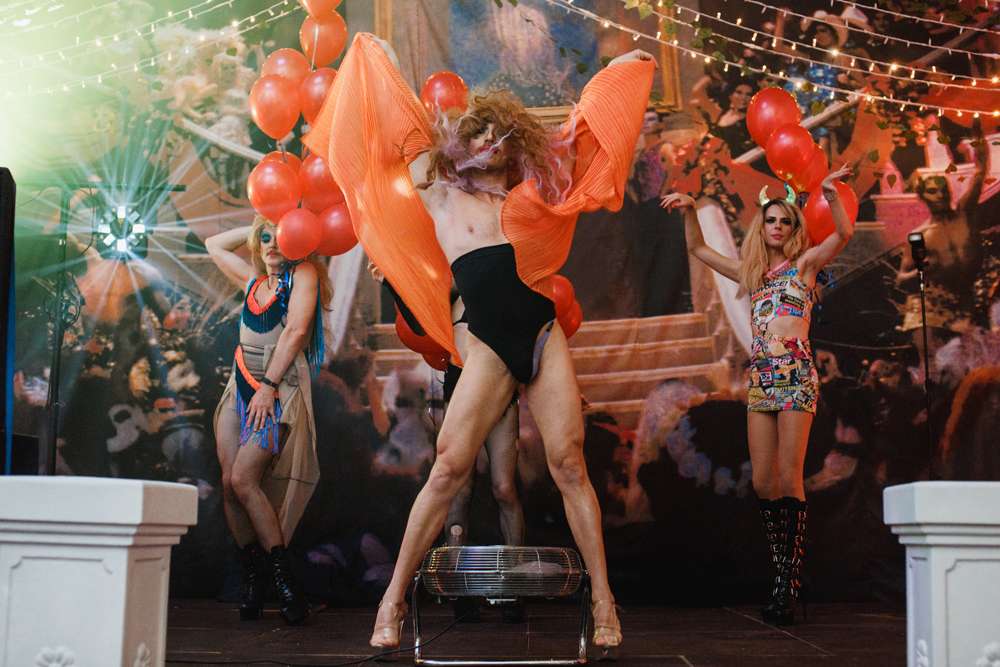