Fanny and Chris’ wedding theme can best be described as Sofia Coppola’s Marie Antoinette meets Tim Walker with a sprinkling of Baz Luhermann’s Romeo and Juliet! They wanted their wedding to be personal, stick to their budget and to transport their guests to their own magical world. 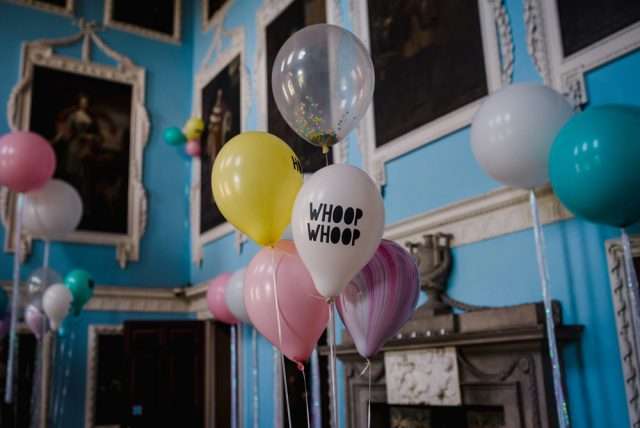 “Neither of us had been to many weddings and we didn’t really look at any typical bridal publications,” explained Fanny. “We really wanted to transport our friends and family to a little world of our own imagining.”

Their ceremony was a combination of traditions from lots of different cultures and was family oriented. “We were so lucky to have one of our closest friends marry us. It meant we could write the ceremony exactly as we wanted. Chris and Pete researched traditions from other cultures and created a ceremony that felt very personal and just right for us. We borrowed the Celtic tradition of hand binding by draping ribbons across our held hands while reciting promises we intend to keep to each other throughout our married life.” 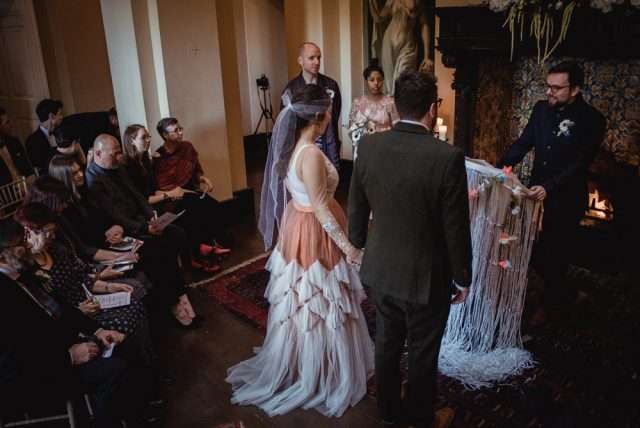 “We got our friends and family involved by singing the Beatles All You Need is Love as a jubilant crowd. Each order of ceremony had a string attached so while we signed the register people were asked to tie theirs to the wrist of someone nearby, symbolising the greater family we were creating and the bond everyone now shared with us and with each other.” 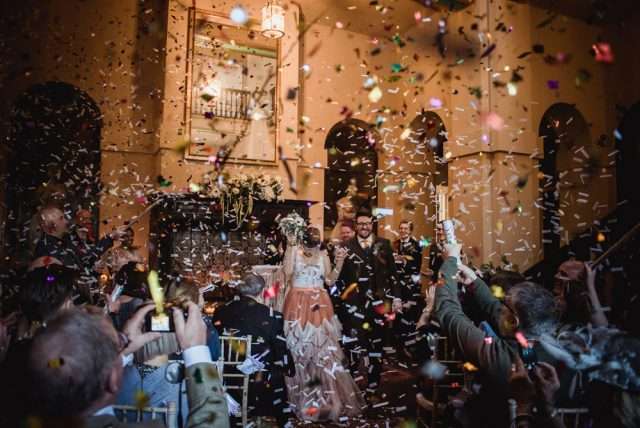 Their favourite parts of the wedding were the speeches and the chocolates they had made especially for the day. “We were worried about the speeches because we had quite a few of them so they were spaced throughout the meal. We should never have worried because every single one hit the nail on the head. They were funny, original, emotional, and heartfelt. We enjoyed watching how much our friends were enjoying them! We also particularly loved the 3D chocolate heads that we left on each place setting. I don’t think any one was anticipating biting into our faces on the wedding day! We had a great time working with the wonderfully creative Candy Mechanics on these.” 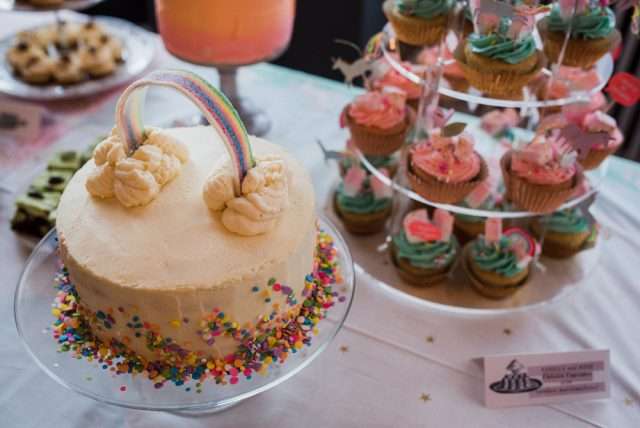 As they had a tight budget, they tried to be creative and spend less wherever possible, including doing lots of DIY projects. “From the beginning we knew we weren’t too bothered about having loads of flowers, which can be a huge expense. Instead we spent months scouring the internet and kids party shops curating a selection of themed balloons for each room. They had a massive impact and cost a lot less than flowers! We also did lots of DIY projects. One of our favourites was attaching plastic forest animals to mini copper pipes to use instead of table numbers. All I can say is we are now very familiar with every plastic animal in the Schleich range as we were very particular about which animals best suited the occasion.” 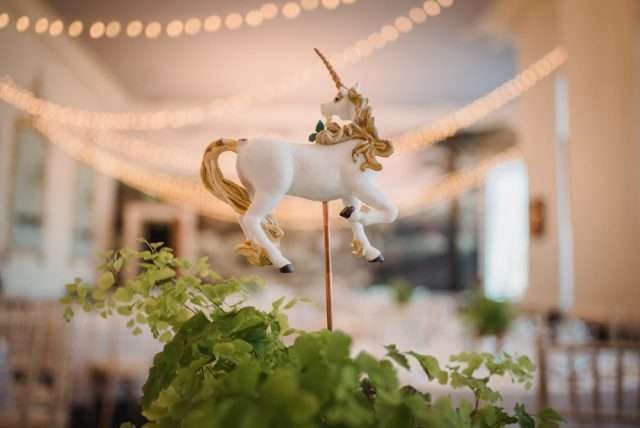 Their cake and entire dessert table was made my Fanny’s mum, aunt and mother in law. “My mother and Aunt spent a year perfecting over 15 recipes so they could create my dream come true desert table. They spent the week leading up to the wedding toiling away in the kitchen masterfully baking and packing the cakes for transport. All the cakes were iced at the venue the day before or on the morning of the wedding. The cakes were accompanied by beautiful Babelle Caneles and mini banoffe pies made by my mother in law.” 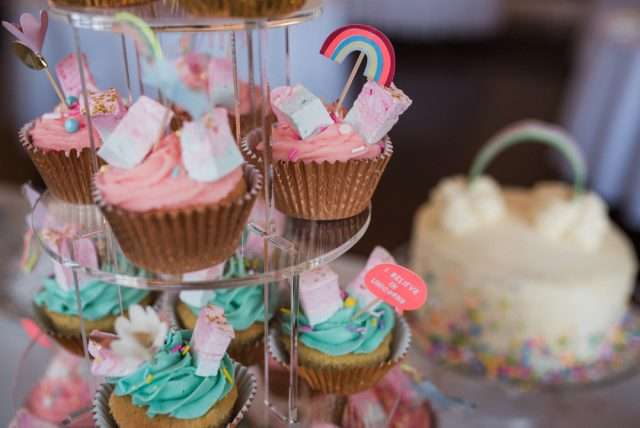 Fanny in particular really enjoyed planning the whole wedding. “It was so much fun and became a real creative outlet!” she explained. “I did a lot of it myself so it was a lot of work but we had total control of almost every detail which I think made the wedding feel extremely personal in the end. It could be pretty overwhelming at times, but we tried to stay organised and on top of it all. You can only do things one step at a time. My outfit was a skirt from Dries Van Noten with a bodysuit that I designed myself and had custom made. My veil was just fabric that I bought and tied around my head!” 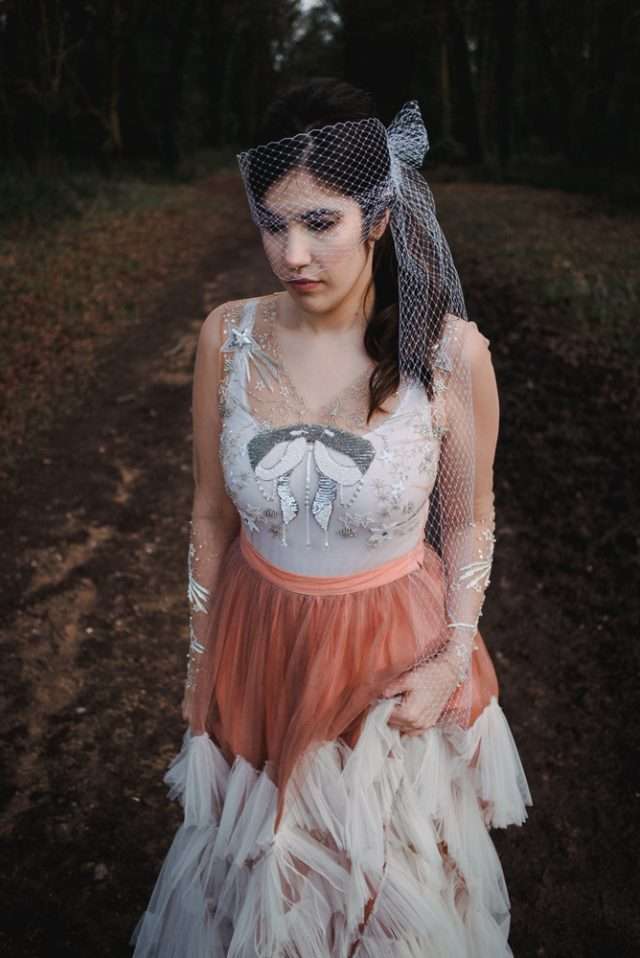 “In retrospect, the only thing we would have done differently is have more balloons!” she laughed, “Oh and to touch up my make up after crying through an hour of speeches!” 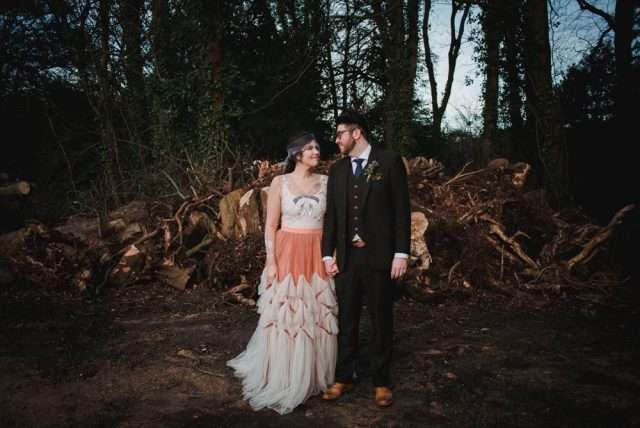 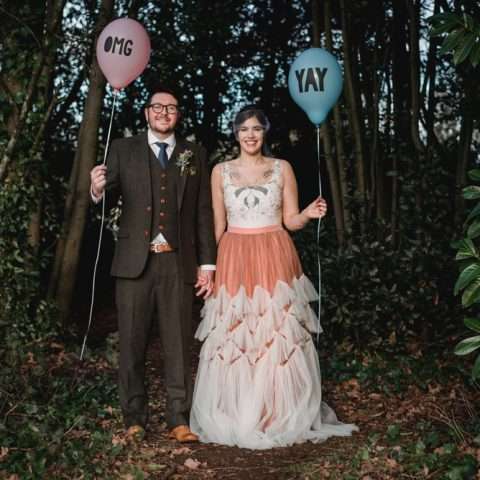 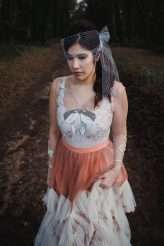 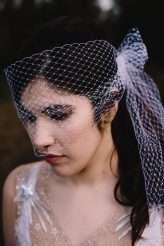 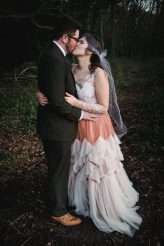