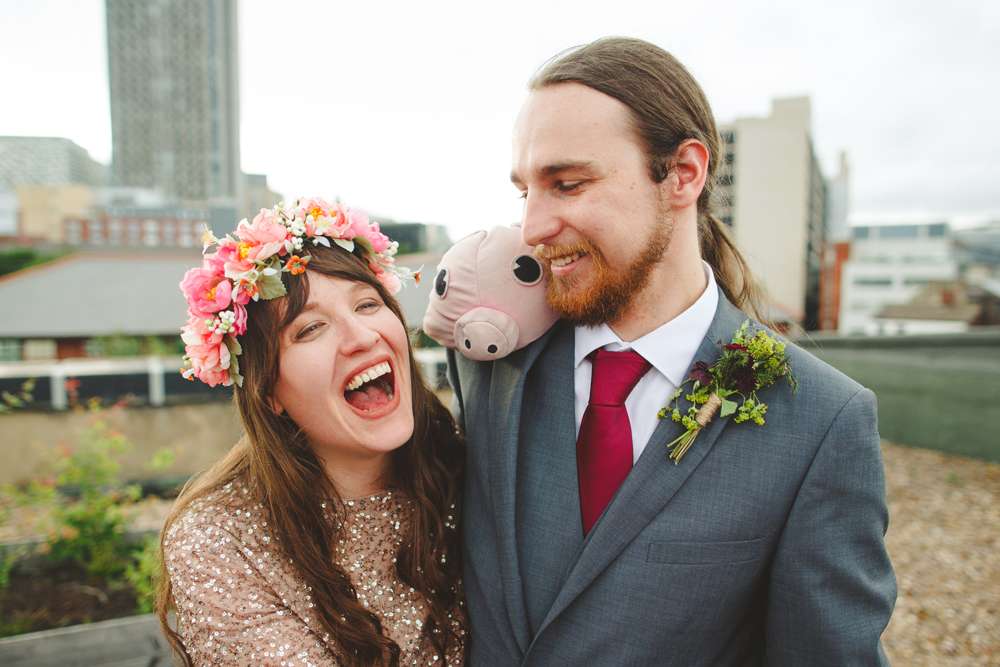 Roxy and Sam only had £6000 to spend on their summer wedding, but as the lucky winners of a competition hosted on this very blog, they were able to get a wedding planner who actually helped save them even more money! They were married in Sheffield in a theatre and were inspired by their love of the Lake District. 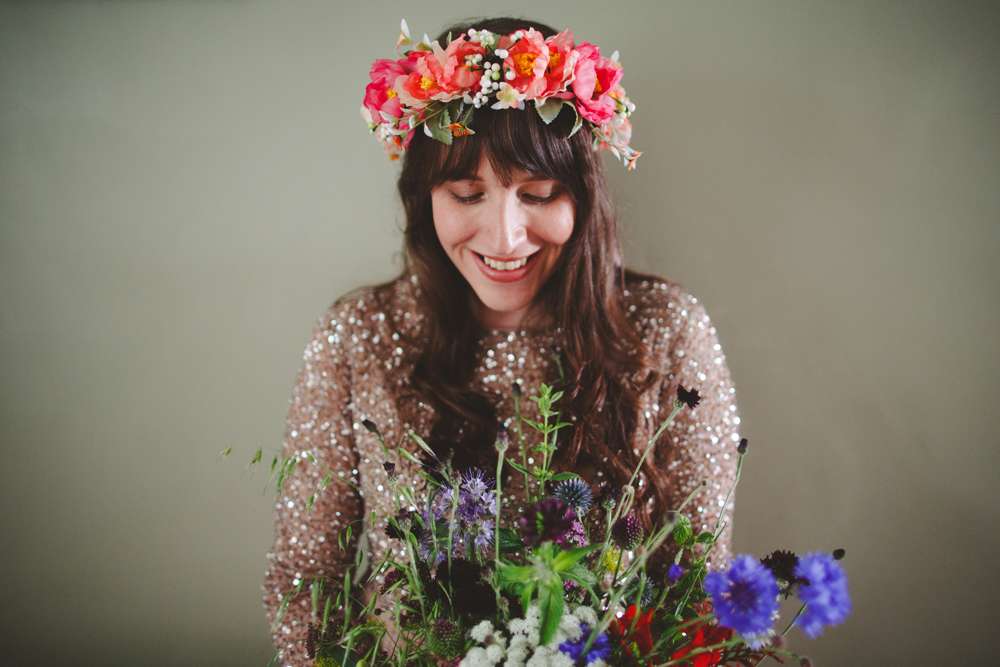 “The day was a mixture of being simply ‘us’ but also there was a strong Lake District influence”, the bride began. “We’d wanted to get married in the Lakes originally as we love the place and travel up there as often as we can, but we realised that a lot of people we care about would struggle to make it up there, so we decided to bring Lakeland to Sheffield! All tables bar one were named for regions in the Lakes (the odd one out was named for the first hill Sam and I had walked together, which is in the Peak District), we had OS maps all over the place, our DIY invitations and save the dates had a map of our favourite valley as a background, and we had a cake with mountains around the side and topped with models of Herdwick sheep (which in this country are only found in the Lakes). One of which had a tiny headdress made by Sam a few nights before the wedding!” 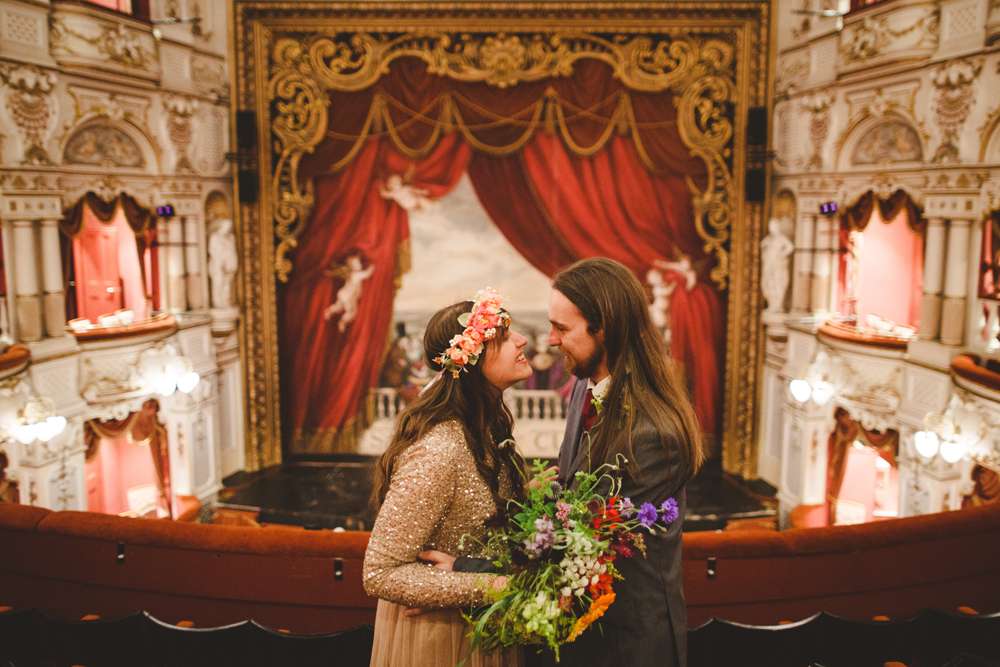 “We bought much of our decor and props from various stores over our engagement – from bottles collected over the two years, to 59p frames spray-painted with metallic paint, and mini marquee lights. We are also grateful to Kirstin, our wedding planner, who brought her own collection of props for us to work with, such as candles, pom poms, mini disco balls, extra frames and glassware for the sweetie buffet. The flowers came from a flower farm a few miles from our house and Kirstin, my bridesmaid Sadie, Mum and I put together the arrangements for the tables and my bouquet.” 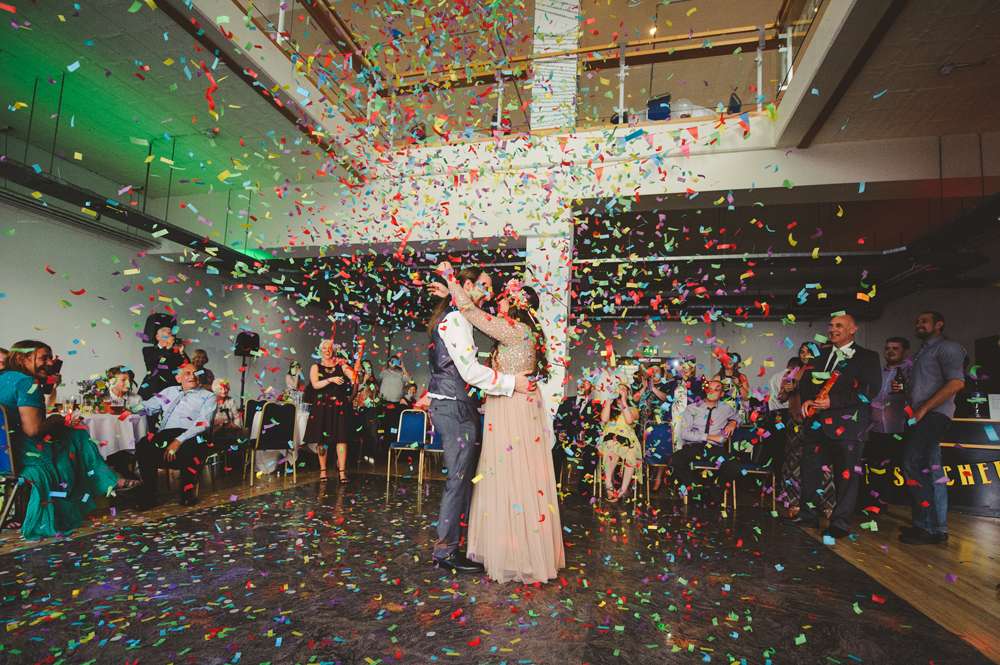 The bride wore a dress from ASOS and the groom was in an M&S suit. The bridesmaids dresses in Lindy Bop. “I left my dress slightly to the last minute”, she explained. “This was partly because I’d felt rather uncomfortable when I went to look at dresses in a proper bridal boutique when we first got engaged. The women were lovely and so were the dresses, but I felt like a little girl playing dress up in her mum’s wardrobe for some reason. So when I saw my dress online, I knew I had to have it. The UK ASOS store had sold out but I managed to track it down on ASOS USA. There was one left and it was in my size – fate! When it got here I tried it on and immediately knew it was the one. My headpiece was Crown and Glory. I’ve always loved Sophie’s work and then when she posted a sneak peek of the Snowberry crown on her Instagram I immediately fell in love and ordered it the day it was released. My shoes were Irregular Choice because who could resist that much glitter!?” 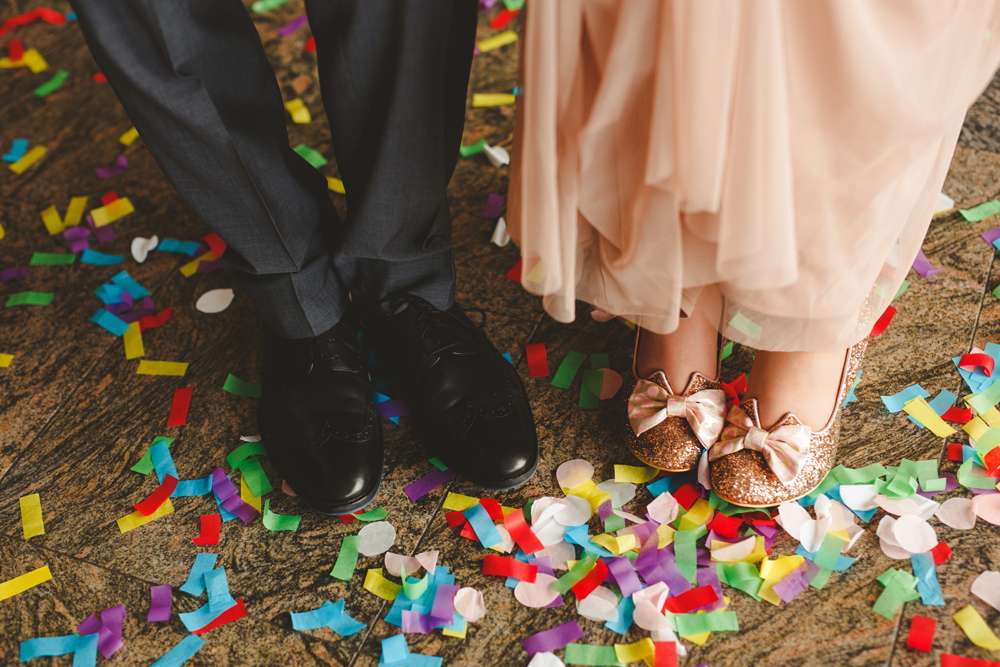 The ceremony was held in a glass room in the Crucible Theatre. “I cried. Constantly, “she said. “I walked down the aisle to a string quartet version of Wish You Were Here originally by Pink Floyd (which was a nod to mine and Sam’s joined love of classic rock, but also a small nod to my sadly departed Grandma). My Dad gave me away and then one of mine and Sam’s best friends, Mykel, read an extract from The Amber Spyglass. Sam and I said our vows to each other, swapped rings… and then I cried some more. Then Sam’s brother and Best Man, Joe, read Union by Robert Fulghum. We then signed the register while The Beach Boys and Edward Sharp played in the background, before walking out to Everywhere by Fleetwood Mac (complete with me crying again!). Sam and I wrote our own vows, and that made them all the more special. Sam isn’t naturally very romantic or good with expressing emotion, so it was especially amazing to hear his beautiful, funny, and affecting words.” 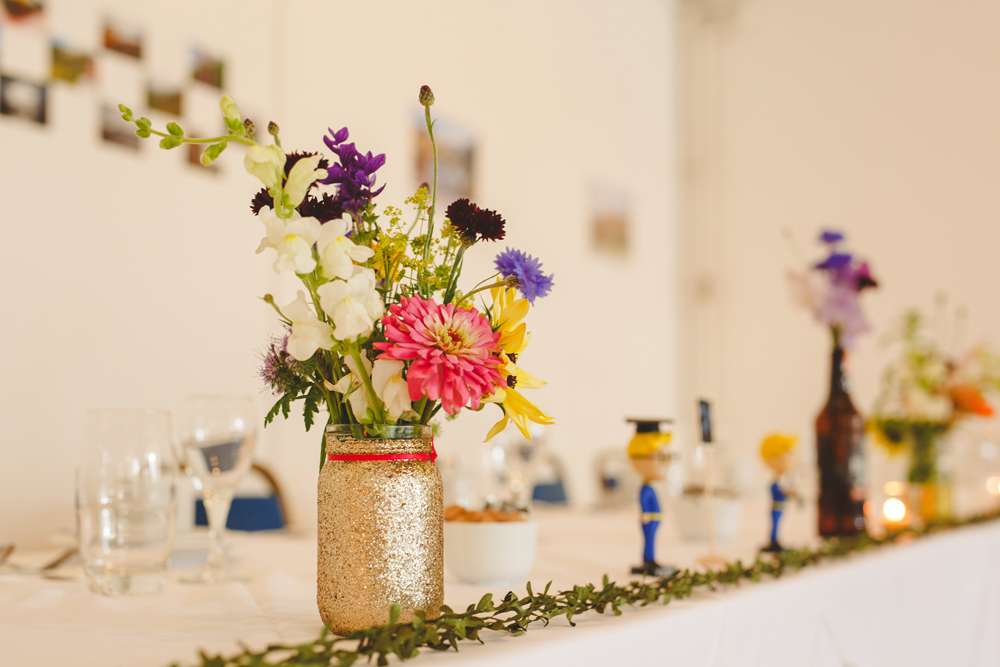 Their biggest cost was their photos and video, both provided by Camera Hannah. “We decided very early on that photos would be a priority as beyond the rings, certificate, and memories, they were the things that would last (and I have a memory like a sieve!) This was absolutely the best decision, and we couldn’t be happier with what Hannah did for us. In truth, we added the video on as an afterthought and it ended up being our favourite thing ever!”

“We saved money by skipping the welcome drinks. This saved a small fortune and we really just wanted to focus on the food! And we saved money food-wise too, by having an afternoon tea rather than a full sit-down meal – it was still filling and everyone enjoyed it.” 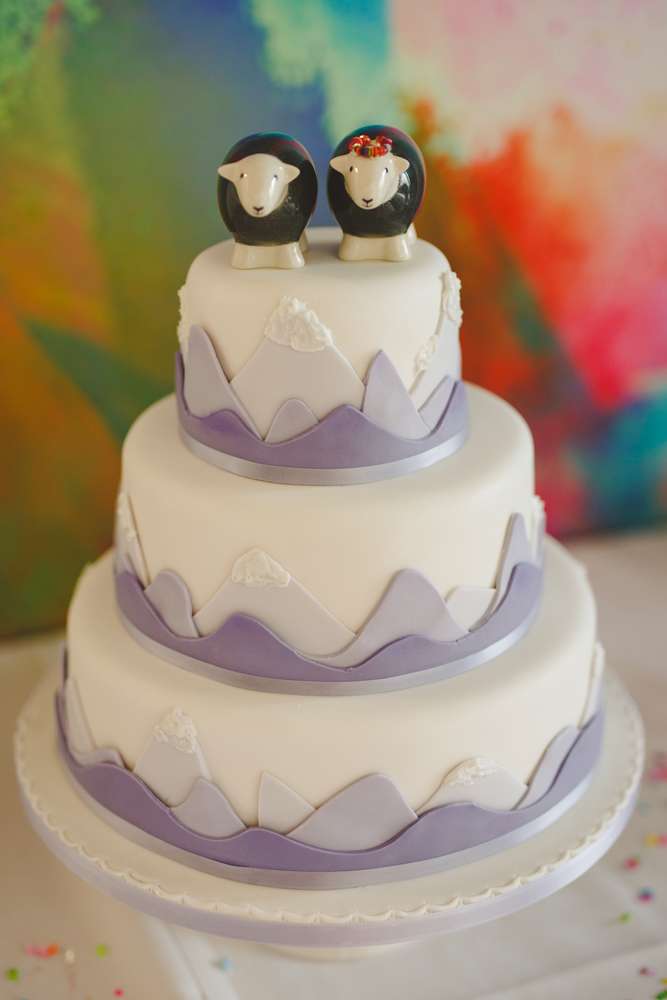 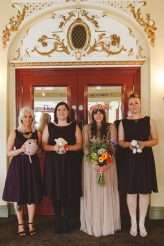 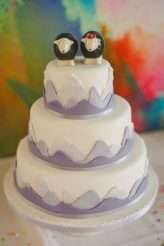 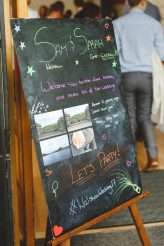 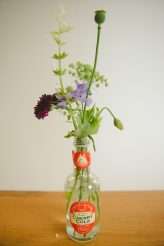 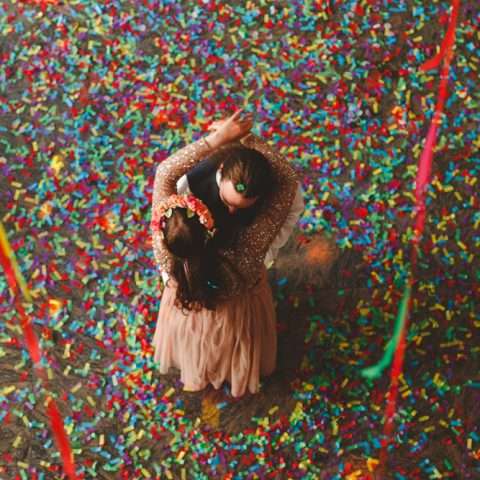