Karina and Kellard met at a Halloween party in 2005 and were married in the summer of 2012. Five years later, on their wedding anniversary, they decided to renew their vows in Las Vegas.

The ceremony (unfortunately not photographed) took place in Sloan, NV, situated 18 miles southwest of Las Vegas. “This was our 5 year anniversary vow renewal”, said the bride. “Our inspiration was Vegas, the desert and doing something Intimate and sexy.” 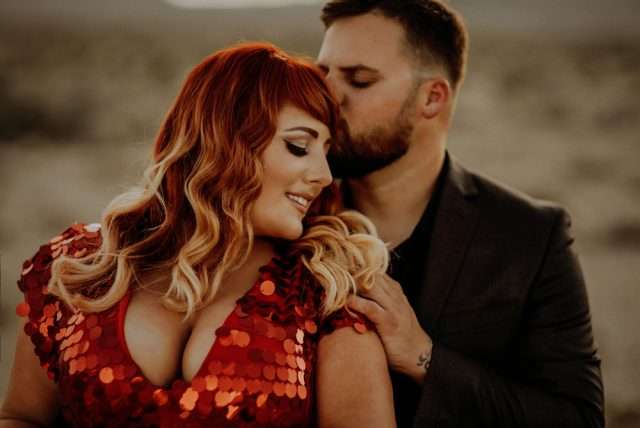 “On our wedding day my husband promised me that he would love me until the end of his days, So I asked that he and I share new vows every five years. I love to be dramatic, fun and unique! He plays along because he loves seeing me happy and I can’t thank him enough.”

Karina designed her own dress and had it made by First Impression Sewing and Alterations. “My dress was one of the most unique things about our renewal. I designed it myself.” 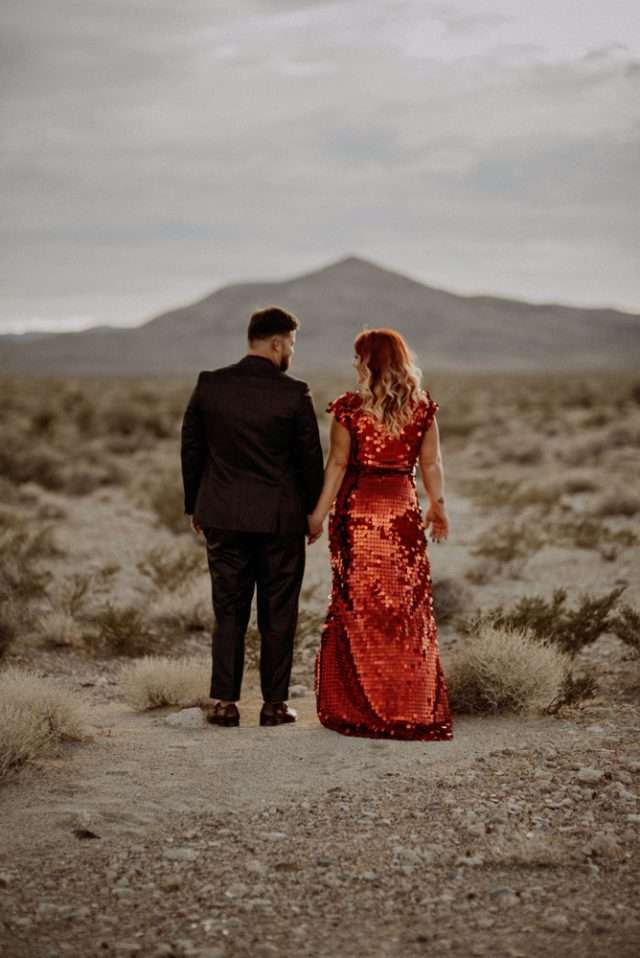 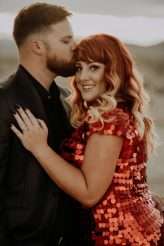 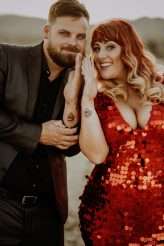 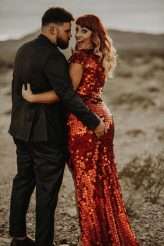 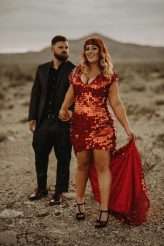 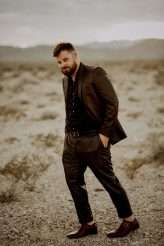 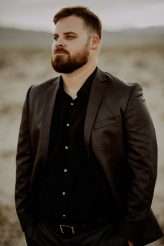 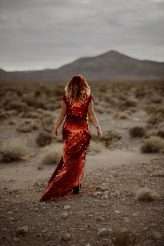 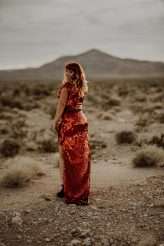 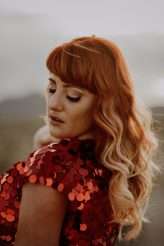 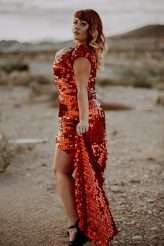 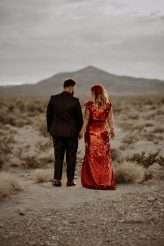 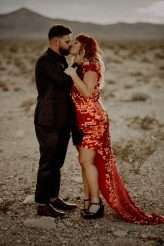 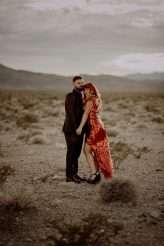