Steph and Dan wanted their wedding to be a lovely relaxed day turning into a big kick-ass party later on! They broke lots of traditions (no cake cutting or first dance) and made choices to reflect their feminist outlook. They included speeches from the bride, mother of the groom and the bridesmaid, got ready together in their own apartment, had their first look together at home and walked down the aisle together. Instead of their first dance, had a Jagerbomb toast to open up the dance floor!. With 115 guests, it was the biggest round they’d ever bought! 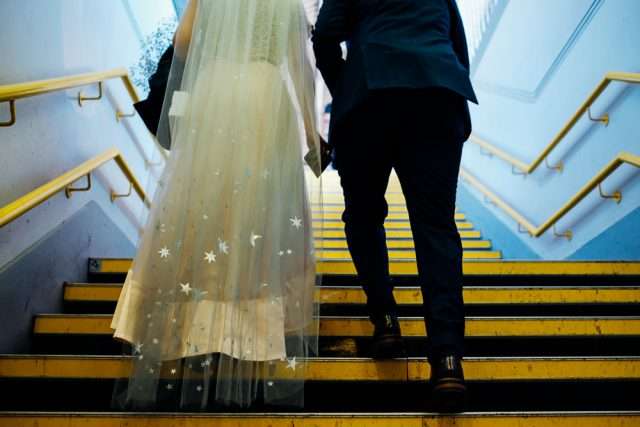 Rather than hiring wedding cars, they both took public transport to the ceremony at Islington Town Hall. “We walked through Brockwell Park, the best park in London, to Herne Hill train station, where we got the train to Victoria before jumping on the tube to our ceremony venue,” explained Steph. “We got many well wishes from passers-by; it was beautiful. We then flagged cabs to take us to St John’s Square for our reception and my bridesmaid and the three best men were responsible for doing the same for the guests.” 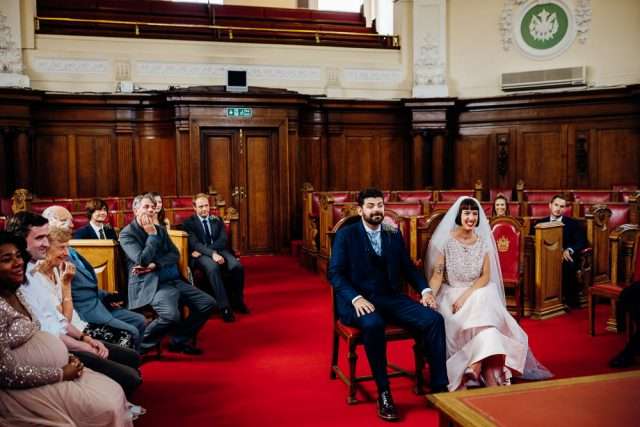 They wanted a very simple, small ceremony. “We only had 18 guests there during in the day”, she continued. “and three of them were the best men! (Dan couldn’t choose between his three closest friends, so he had them all!). The Council Chamber room seats 100, with an extra 60 in the balcony, and we were worried that our tiny party of just 18 guests would be swamped. In the end, we just went with the room we loved, and I think our intimate party looks amazing in such a grand space. Our ceremony focused on us being friends and partners throughout life and even though we just wanted to say the minimum number of words to make it legal, it was still very moving. My bridesmaid Simone also did a beautiful reading of The Apache Wedding Blessing.” 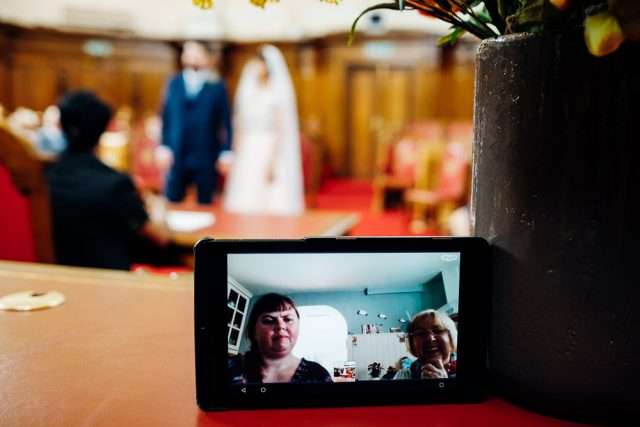 They had two reception venues, The Zetter Townhouse for their meal after the ceremony, and The Artisan of Clerkenwell for their evening celebration. “We had chosen to have our wedding on a Saturday to make it as easy as possible for all our guests, and we knew from the beginning we wanted it in London as this is where we live, plus where we met and fell in love. But London has A LOT of venues and it was a bit of a nightmare narrowing it down! Finding the right reception venue (which actually turned out to be two different places!) was definitely the hardest part of wedding planning. We had our wedding breakfast in the Games Room at The Zetter Townhouse, a beautiful Georgian townhouse. It’s home to one of our favourite cocktail bars in London and is a real hidden gem filled with overstuffed armchairs, taxidermy and other weird and wonderful items!” 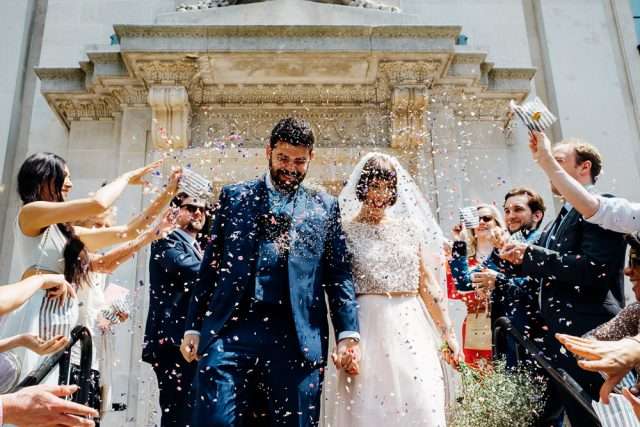 “We then had our evening reception at The Artisan of Clerkenwell (conveniently next door-but-one to The Zetter Townhouse) so we only needed to take a short walk across the cobbles in St John’s Square. As it’s normally closed at weekends we were able to have the venue for exclusive use for the whole day until 1am. It was really important to us to have a kick-ass party, so we had an additional 100 guests join us in the evening for a celebration filled with love, laughter, dancing and jagerbombs!” 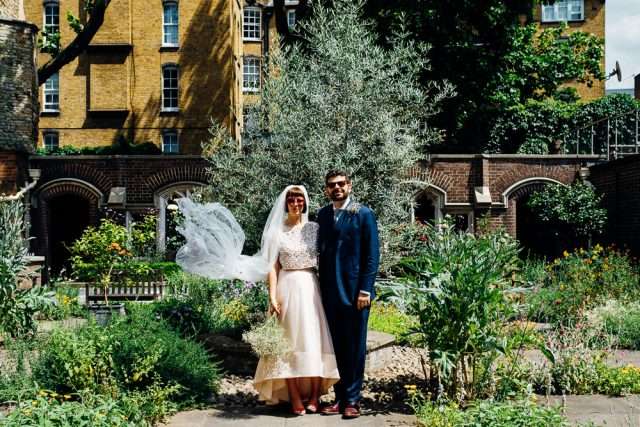 All their wedding food was vegan, including their donut cake. “We had a delicious three-course wedding breakfast at the Zetter Townhouse. I am vegan and so we wanted to showcase how delicious vegan food is, and a great thing about the Zetter was that we were able to give our guests a choice of three options for each course. Our evening reception was also wholly vegan; we had a donut tower from Ruby’s of London which were all vegan, gluten-free and nut-free so everyone could enjoy them. We also had a vegan sweet bar with love hearts, jelly tots and flying saucers. Dariusz, the head chef at the Artisan of Clerkenwell, smashed it – he came up with the most delicious vegan canapés to greet guests as they arrived, and he made vegan pizza to go along with our vegan donuts!” 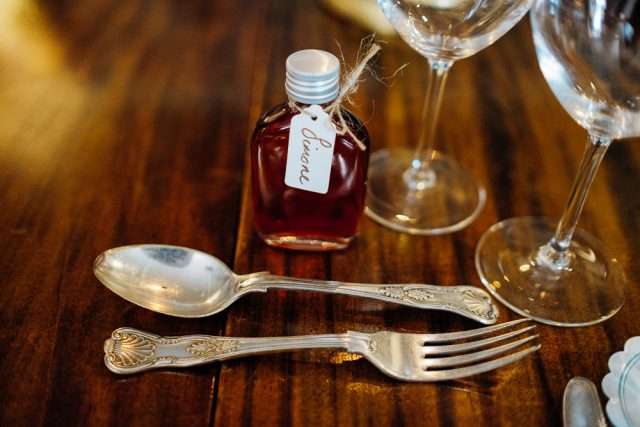 For DIY projects they made their own photo booth, guest book, confetti bags and favours, “Our day guest favours, which also doubled up as name cards, were mini bottles of homemade damson gin, made with damsons from my home town of Wolverhampton. We also made our confetti bags out of sweet pick ‘n’ mix bags and big gold heart-shaped stickers. We made a DIY kissing booth using a frame we already had and our own collection of fancy dress. We just bought some letter bunting to mark it out as a kissing booth and added a few photo props on sticks. We also made a DIY guestbook with an Instax camera, and a glitter and glowsticks station. We loved that, a couple of hours into the evening, everyone was covered in glitter and the glowing bunny ears went down a storm!” 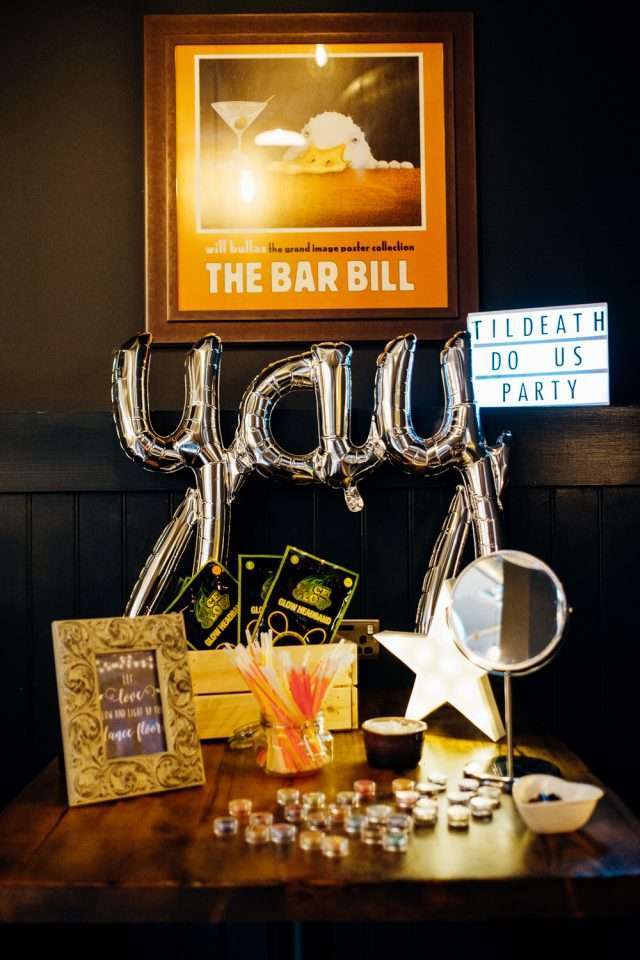 Their favourite part of their wedding day was spending some time alone together after the meal, “Dan and I disappeared off for some alone time at St. Pancras station (my favourite building in the whole world). We enjoyed a glass of Chapel Down together, and reflected on the fact that WE WERE MARRIED! This time was so precious. When we got back to our reception venue, our evening guests had arrived and they all cheered and clapped our arrival. We truly felt awesome and the party that followed was literally the best night of our lives.” 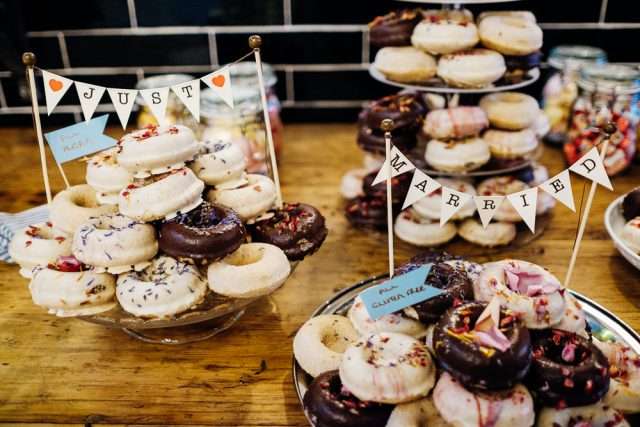 Their final wedding expenditure turned out to be a lot more than they originally planned. “There was no one big expense but everything together (band, food, photographer, etc) really added up”, she said, “but were all worth it. For our photographer we had the amazing Marianne Chua who we saw featured on Rock n Roll Bride and from then on, no other photographer would do! I am the world’s most unphotogenic person (I have NEVER taken a good selfie) and the thought of spending hours posing for photos which I would inevitably hate filled me with dread. We fell in love with Marianne’s fun, documentary style and we actually chose our wedding date according to her availability!” 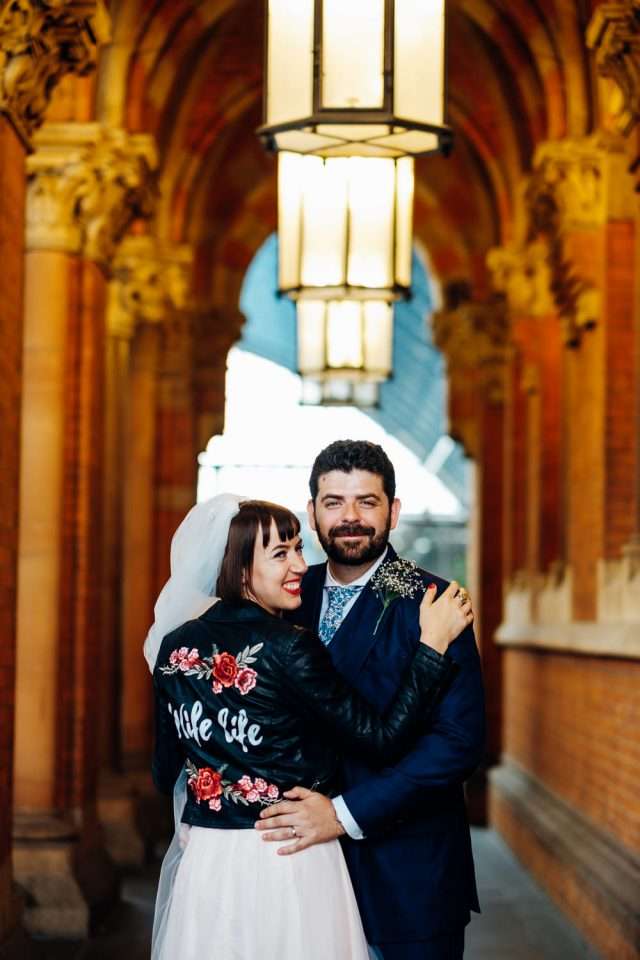 “We weren’t planning on having a videographer, despite all the advice from real brides saying to definitely have one (we obviously thought we knew best!). With just one month to go before the wedding, however, my grandma fell ill and it became clear she would not be able to make the journey from her home Glasgow to our wedding in London. Devastated is an understatement; I have a tiny family (grandma, auntie and dad) and my grandma is effectively my mum, my auntie and my surrogate sister. So, with my gran and auntie not being able to make the wedding (they come as a pair!), we seriously considered postponing. However, we soon decided to go ahead and make it work as best we could, as we had put so much effort into planning over the previous 12 months. We agreed that we would Skype grandma and auntie K into the ceremony and speeches, and hire a videographer so that we could watch the whole day up in Scotland with them at a later date. The wonderful Adam of Delirious Weddings stepped in to help at the last minute and gave us a beautiful memory of the day.”

“Our advice for future brides and grooms is be true to yourselves and do your day your way”, she concluded. “We are lucky to be in a time where anything goes, so go for it! And don’t worry about the weather; our day ended up being the hottest day of the year so far but if it had been raining we would have just called an Uber to take us to the ceremony!” 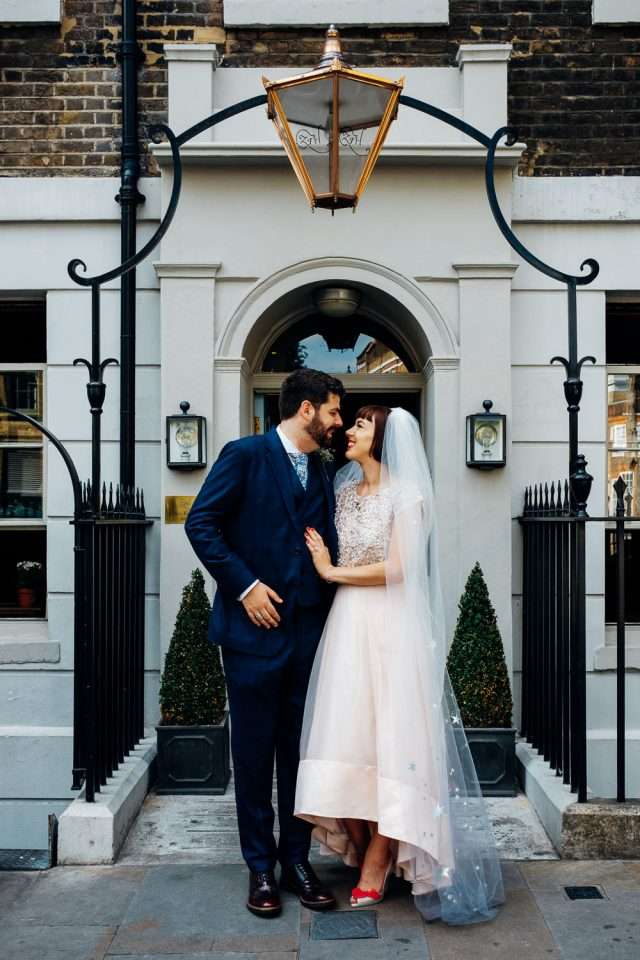 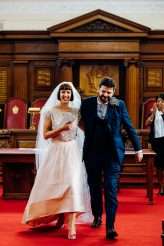 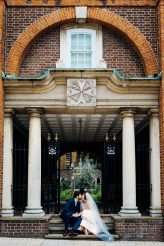 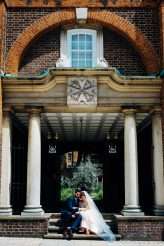 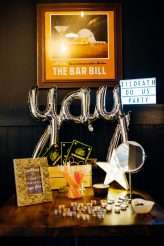 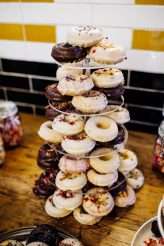 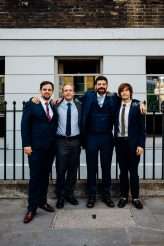 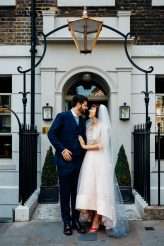 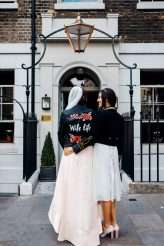 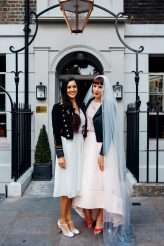 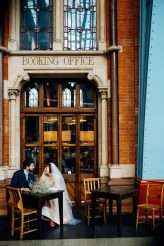 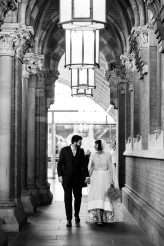 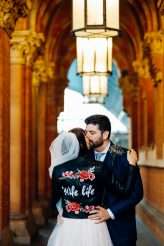 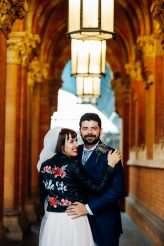