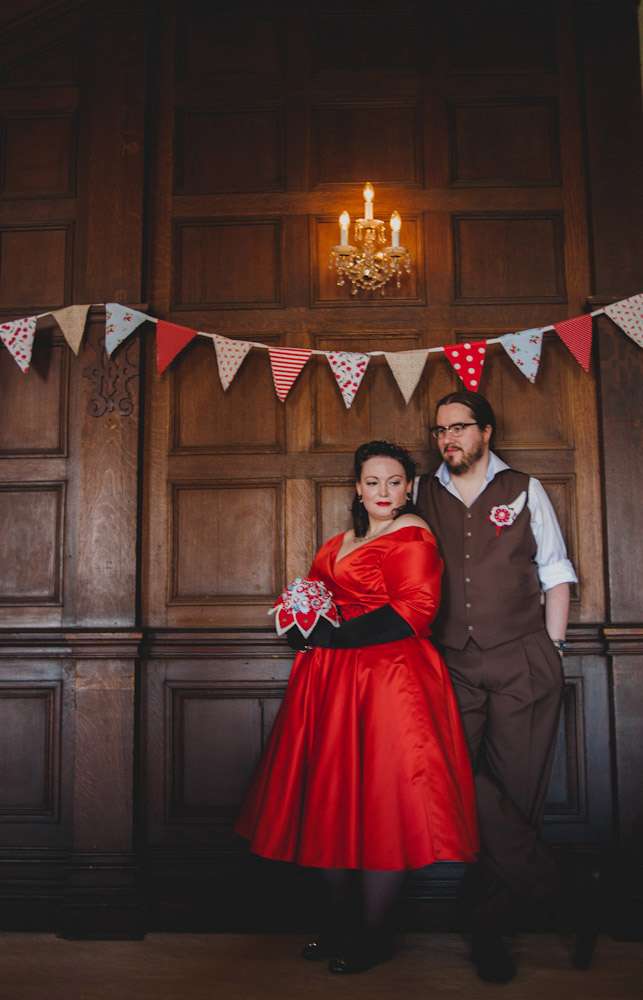 There was no doubt in my mind that I had to share this wedding with you. My heart skipped a beat as I clapped eyes on the beautiful Sarah and her stunning movie starlet-esque red wedding dress from The Couture Company and I flicked through Toast of Leeds‘ photographs holding my breath. What an utterly beeeeeeeautiful wedding.

“Our venue was Buckland Hall in the Brecon Beacons National Park, a country house in the Welsh mountains, that we could personalise and make our own for a long weekend”, Sarah began. “We had free reign of the house and grounds, which we decorated with family photos and personal belongings that we’ve collected during our time together. Sixty of our guests stayed on the night of our wedding and close family the night before. The ceremony was held in a room with views of rolling park land, the River Usk and snow capped mountains beyond.” 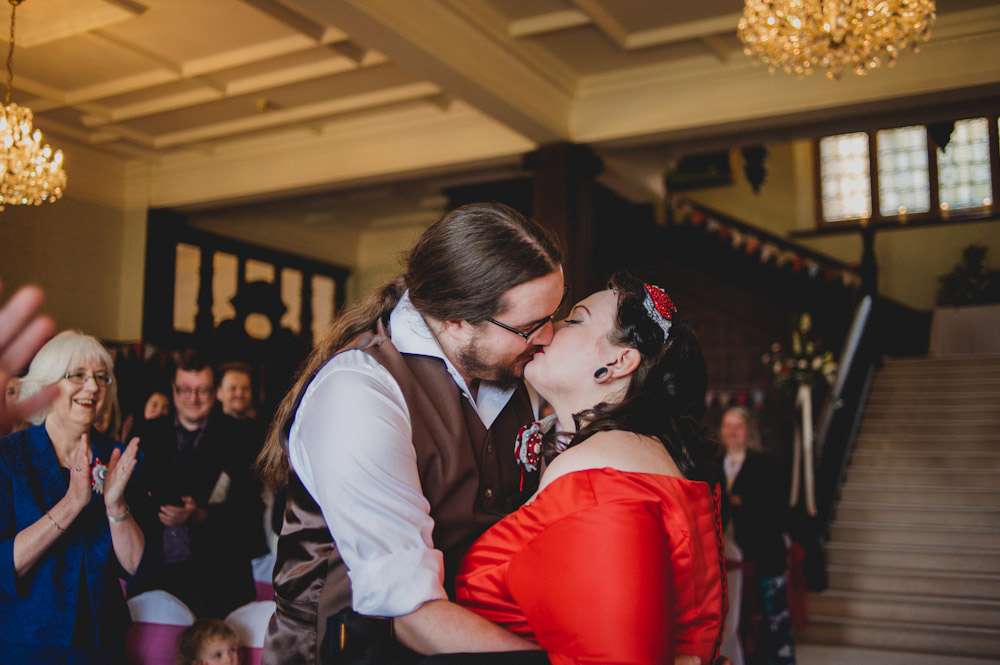 “We held a drinks reception immediately after the ceremony with vegan canapés, cherrytree Cola and cocktails we’d designed ourselves: Pimms #6 (made with fresh strawberry puree) and passionfruit mojitos (with organic fair-trade rum and sweetbird syrup). This was followed by a three-course sit down’vegan meal, with starter created by Steven (wild mushroom empanadas with fennel cream sauce).” 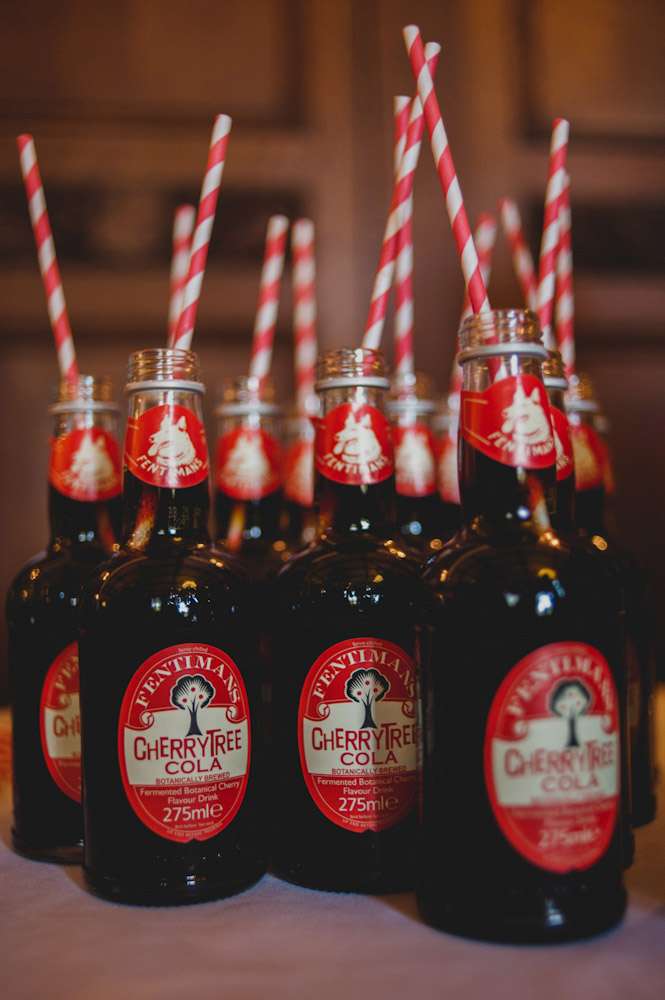 With her The Couture Company dress and headpiece, Sarah carried a button bouquet made by Jamball Creations who also made the boutonnieres and wrist corsages. “Jamball Creations used antique buttons and vegan friendly felt made from recycled bottles”, Sarah continued. “We met them first at the Eclectic Wedding Extravaganza and instantly liked them as people. We were impressed by their use of Pinterest during the design process (both for sharing ideas and work in progress) and delighted by the end result.” 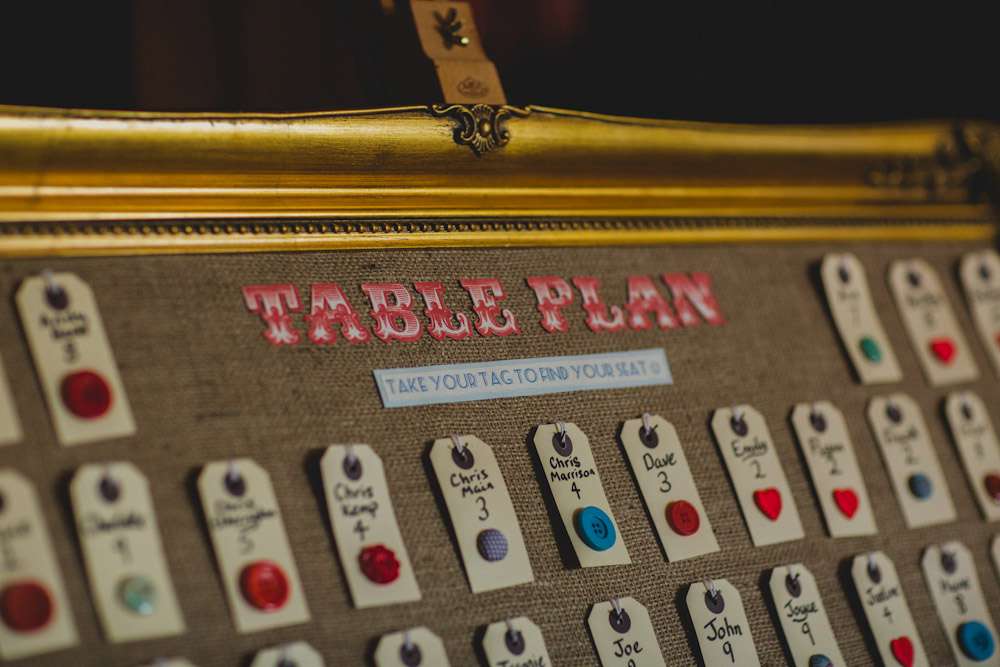 For the reception décor  this couple went all out. “We folded 600 paper flowers for the table decorations, collected 72 empty organic baby fruit puree jars to use as tealight holders and 30 Belvoir fruit juice bottles for table centrepieces. These were wrapped with red string by Steven’s mother. We placed three willow sticks in each bottle and decorated them with red, cream and baby blue paper flowers (that we spent several weeks folding!) Our table number cards included passport sized photos from when we were that age. We created activity books for kids’ table places and used vegan organic truffles as favours. Steven cut slits in old wooden cotton reels and I designed red and baby blue name cards to sit on top. He also created a chalkboard welcome sign and a hessian backed picture frame, which we pinned escort luggage tags decorated with buttons to. We used a pin letter board for the order of the day.” 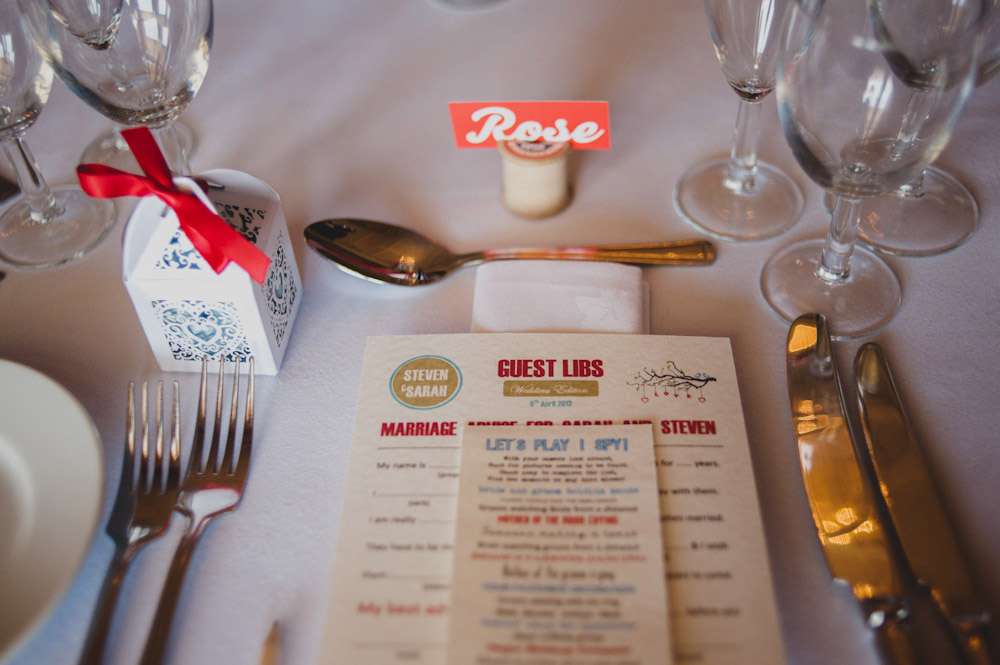 “The overriding aim was to create a relaxed, laid back and homely atmosphere, reflecting more a combination of our eccentric personalities than a fixed theme”, Sarah concluded. “We undertook DIY projects to add to the personal feel and collected props of the course of several months. Steven didn’t write a speech – instead he decided to stand and speak at a time that felt right.”

“I guess we didn’t really have a ‘theme’ but having a fully vegan wedding was always on the cards: food, drinks, clothes, shoes, décor  candles, soy ink printed straws etc – even the crayons we gave the kids were suitable. We thought at least a few of the guests (80% non-vegetarian) would complain about the food, but all the comments we got were positive. We weren’t consciously aiming for it to be an eco wedding, it just ‘organically’ evolved that way. All the decorations we created were either upcycled, recyclable or biodegradable.” 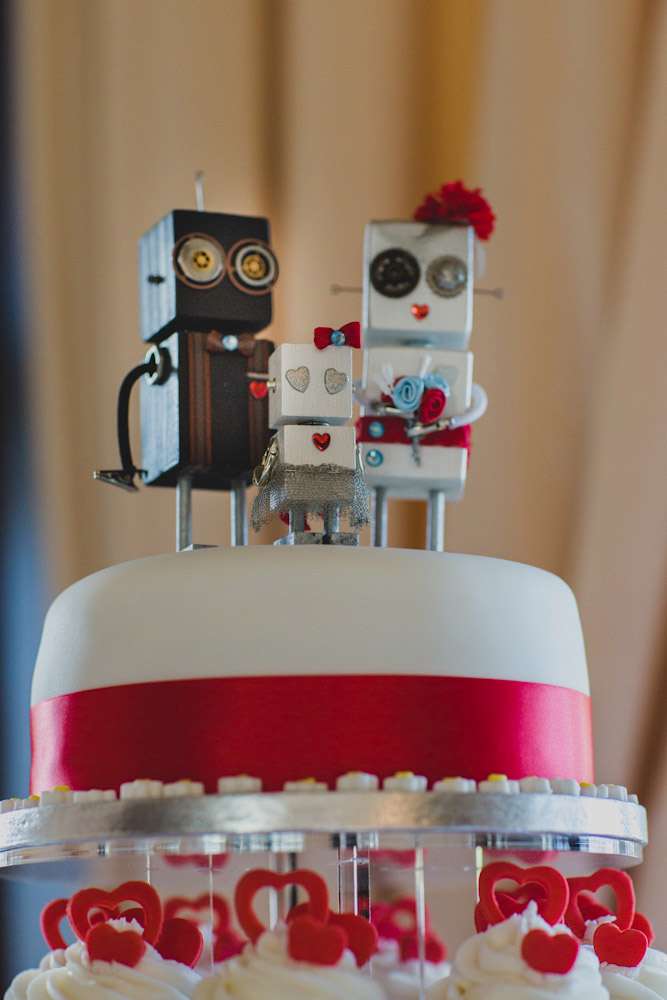 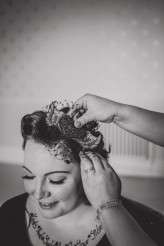 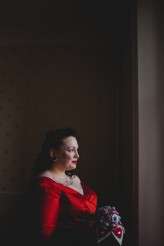 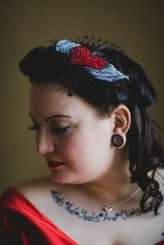 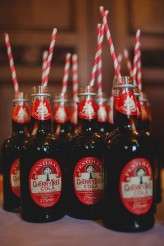 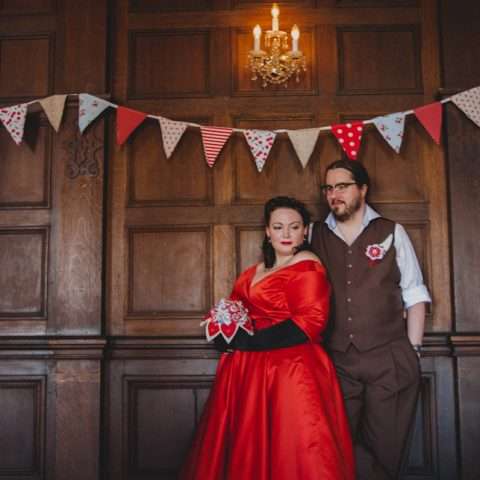 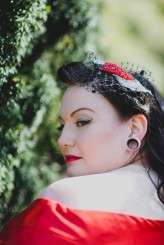 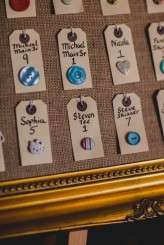 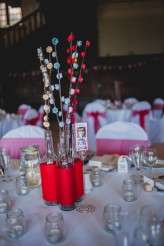 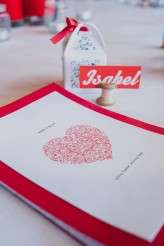 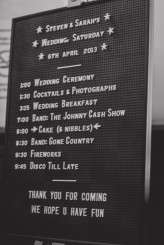 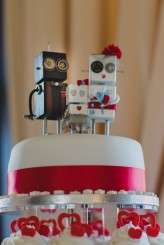 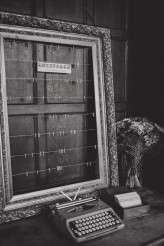 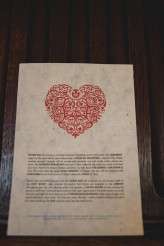 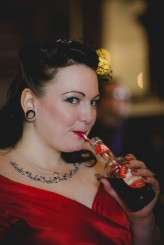