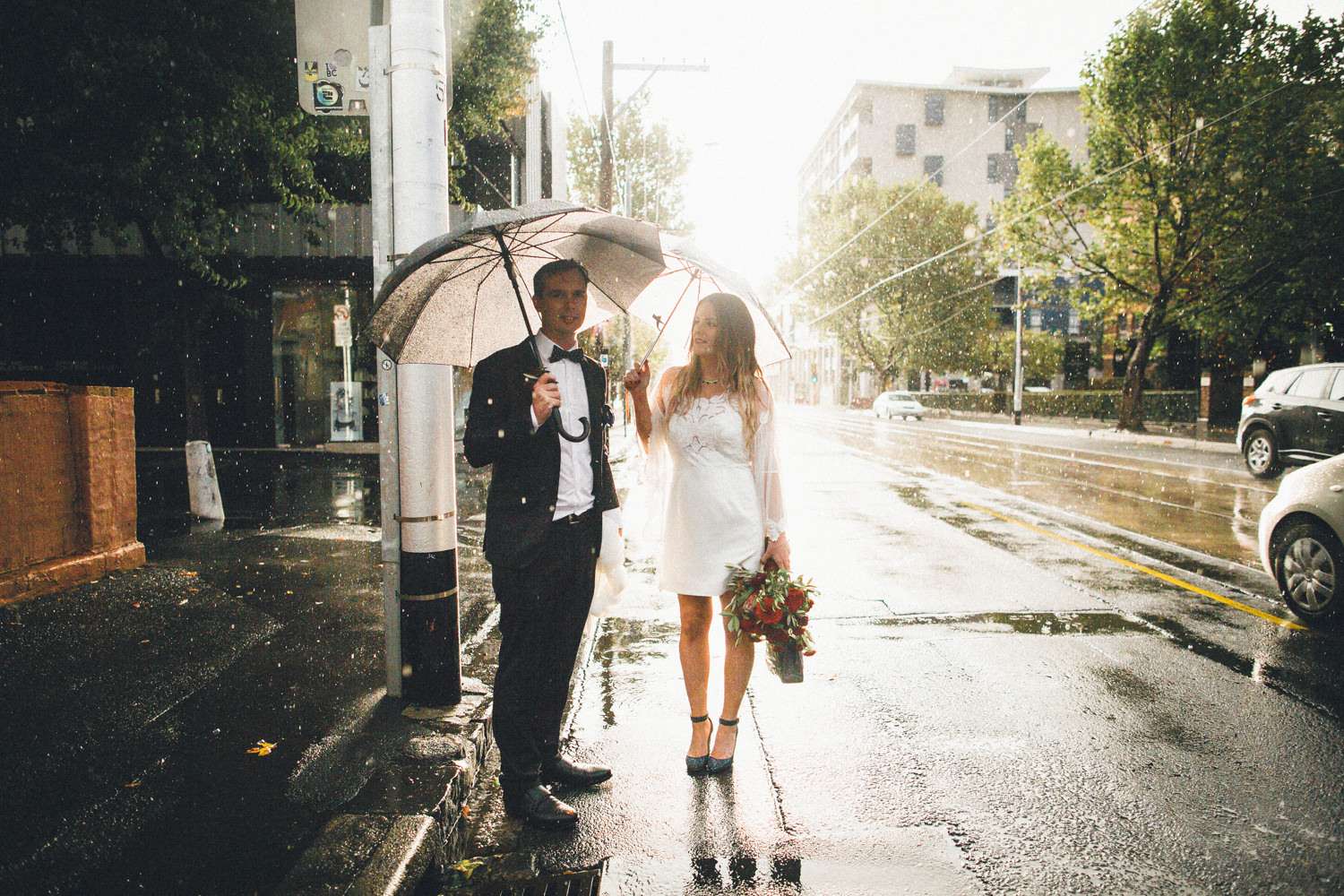 A classic wedding with a retro Rock n Roll vibe is how I’d best describe Chloe-Rose and Michael’s Melbourne wedding. They wanted to keep things local and relevant to their everyday lives so that meant the bride wore a short dress from a high street store and the ceremony and reception were held in some of their favourite local spots. 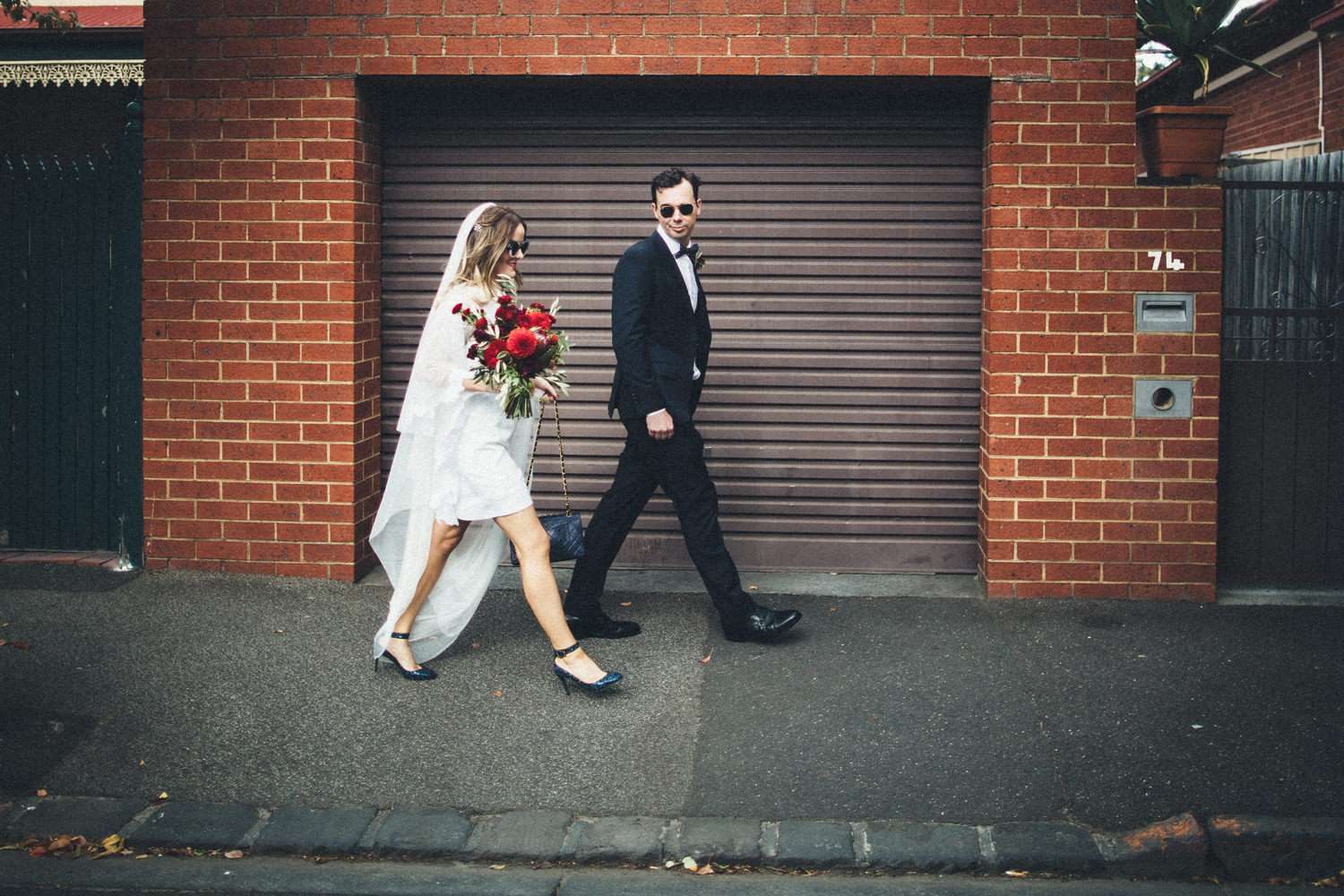 “We felt the wedding marked a continuation of our relationship rather than a new beginning”, said Chloe-Rose. ” We wanted to be genuine, everyday and real. So we picked our local park just around the corner from our house and had the wedding ceremony there. Prior to our arrival we served people sparkling wine ahead of the wedding so everyone would be relaxed. We then walked to the park through our neighbourhood much as we do everyday with a brief stop at our local pub The Flying Duck for a pre-wedding tipple to calm the nerves. Our reception was at Lucky Penny on Chapel St which is a local cafe not far from the park which we often frequent for breakfast.” 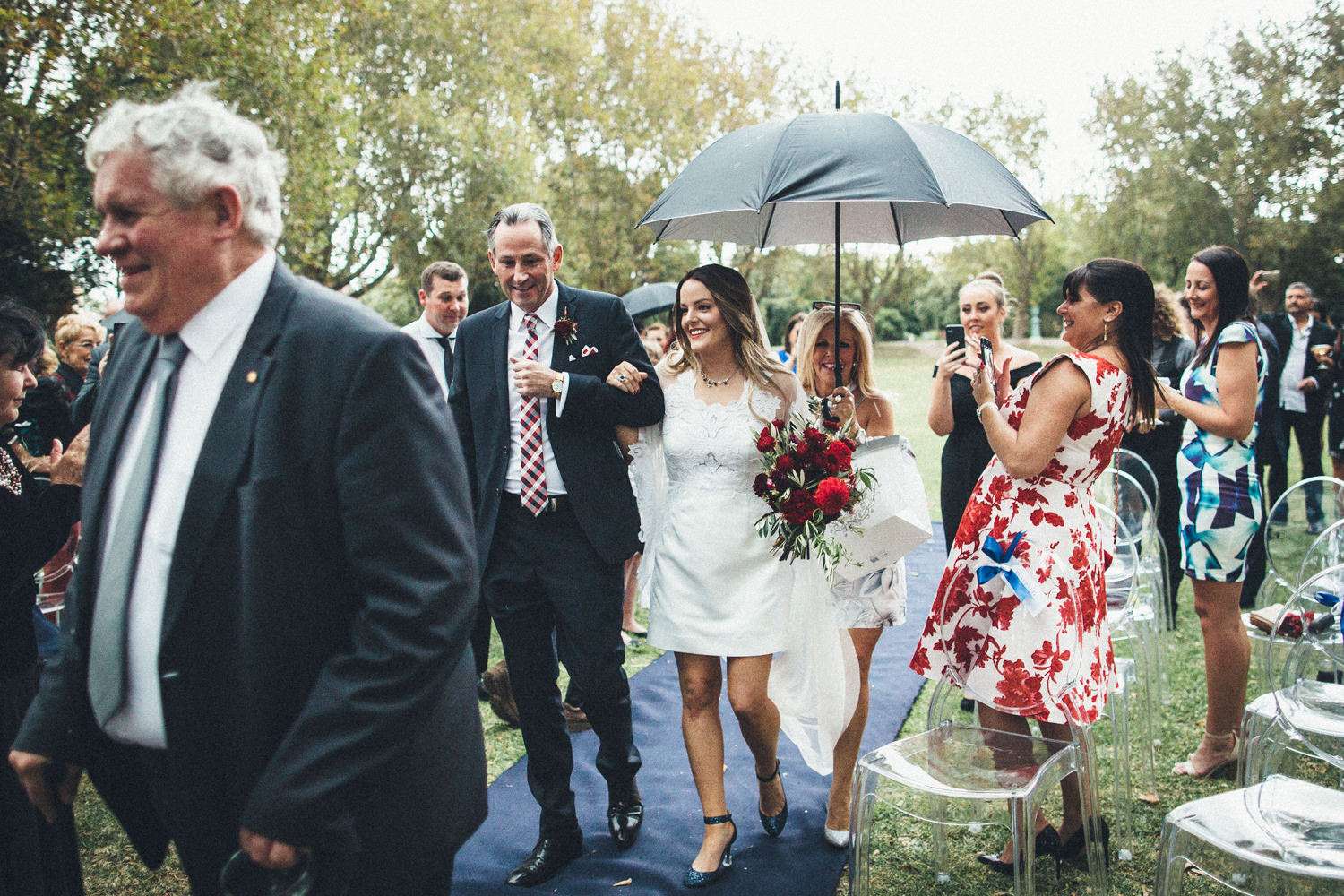 “We basically wanted to keep things low key and simple and to centralise our day around our local neighbourhood where we live. We also planned the whole thing within 5-6 months after our engagement as we were going overseas so it made sense that our trip should be our honeymoon. We also kept the theme simple, keeping everything navy and white. However had a bright pop of red with our flowers which really stood out against the dark skies.” 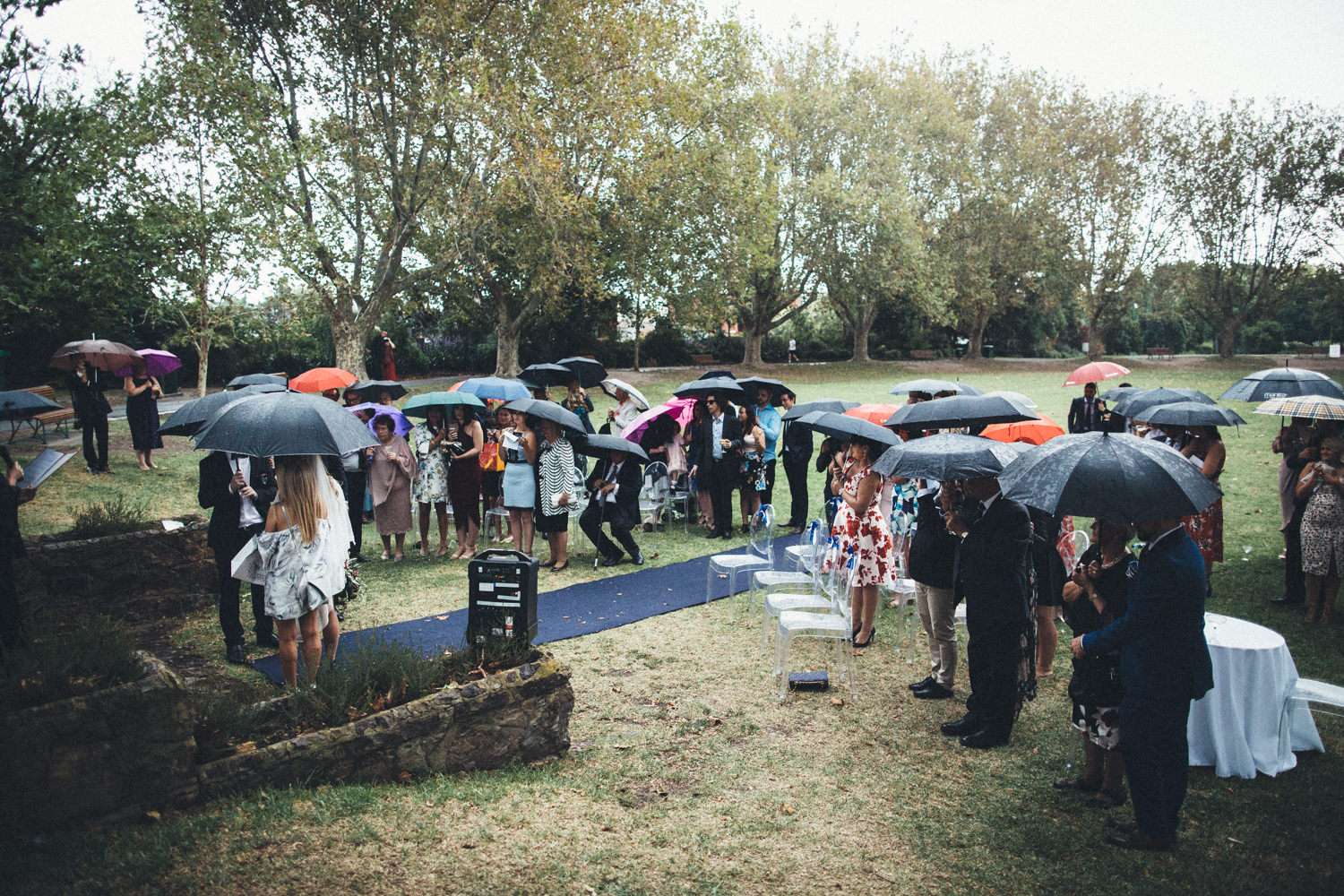 They didn’t have a bridal party and they decided to get ready and walk to their ceremony site together. They then walked down the aisle together, alongside both of their sets of parents. “We really enjoyed getting ready, just the two of us together, it was almost like a nice calm before the storm”, she continued. “I also loved how up until we walked down the aisle, the day had been beautiful and sunny, once we made it to the park the weather had begun to turn with the sky becoming quite dark. By the time we arrived, ready to commence our ceremony, the skies opened up and it absolutely poured, almost as if it had been waiting for that moment. It was beautiful.” 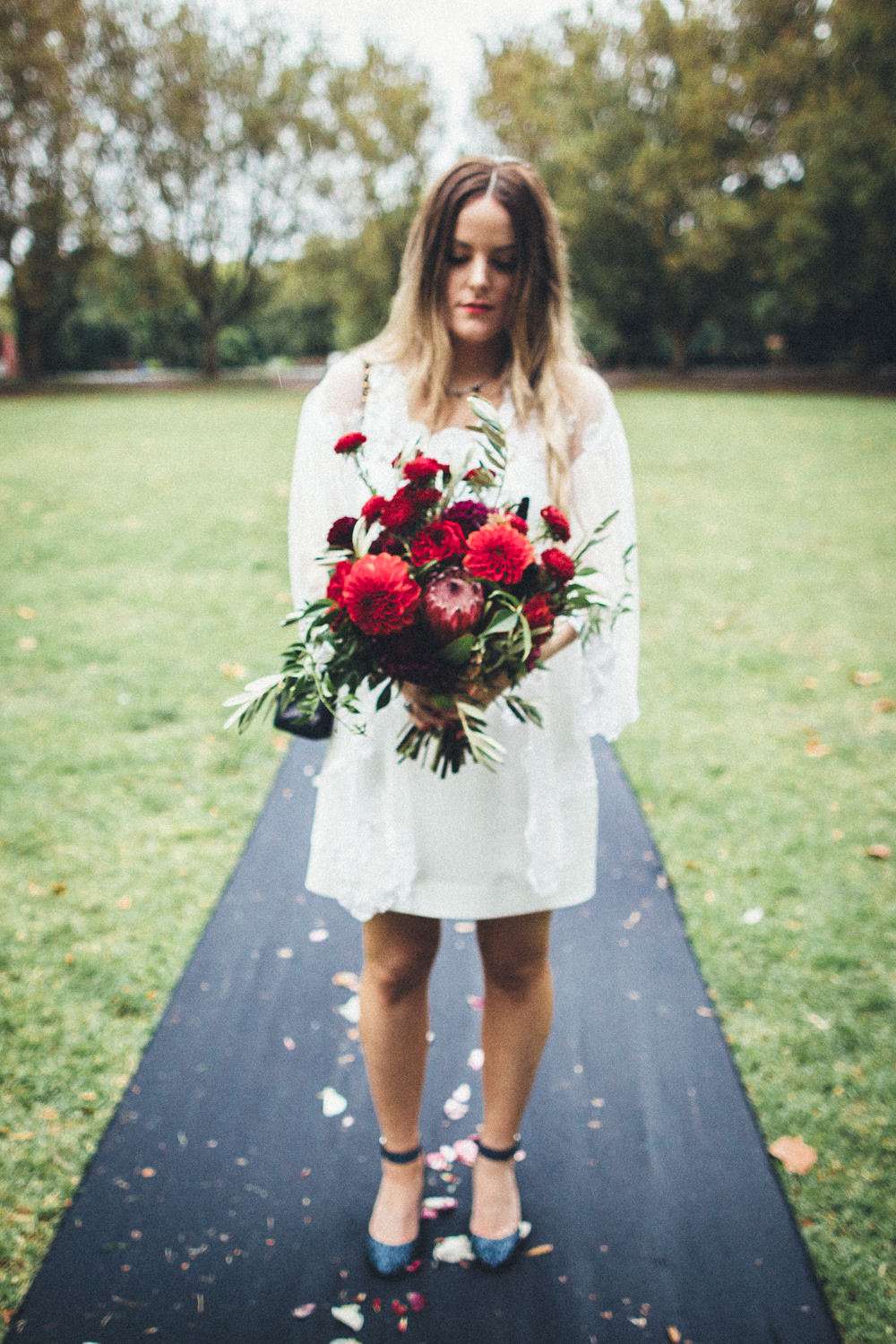 It rained heavily on the day, bu some quick thinking and a change of location meant it didn’t matter one bit. “Along with the seemingly pre-planned timing of the downpour at the commencement of our ceremony, we had originally planned to enjoy some sparkling wine with our guests in the park after the ceremony had finished. However because the rain was so heavy we all had to abandon ship! As a result we signed our wedding certificate in a pizza shop!” 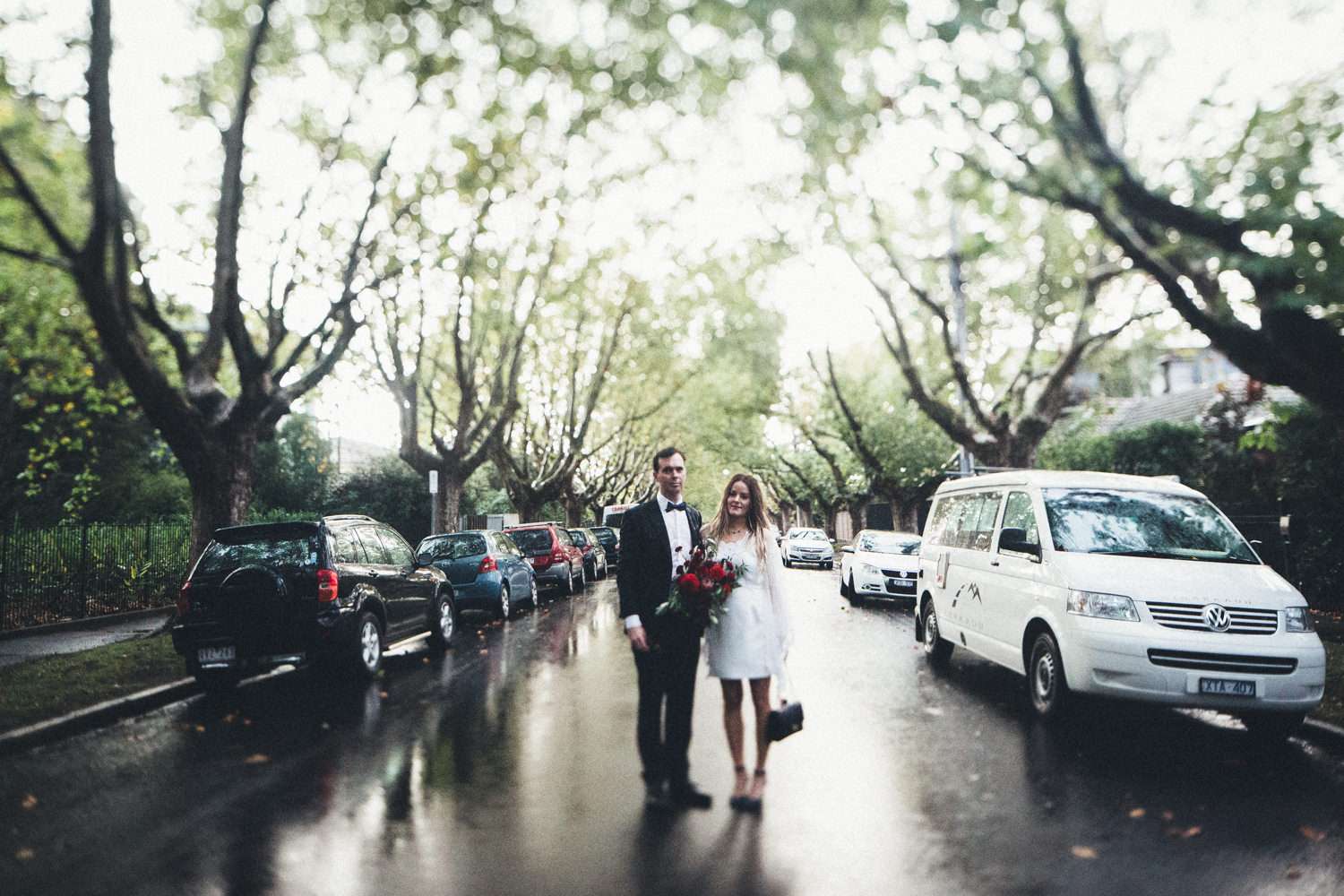 “Myself, along with Michael, our celebrant and our witnesses (both of our brothers) headed to Small Print Pizza Bar on High St to dry off and sign the certificate whilst most of our guests headed to local pubs or back to their hotel rooms to dry off/change and freshen up. We have heard a few post wedding stories about our guests having impromptu room parties in the interim before our reception. Plus the irony of our aisle song which was Here comes the Sun by The Beatles, as it played the dark storm clouds rolled in.” 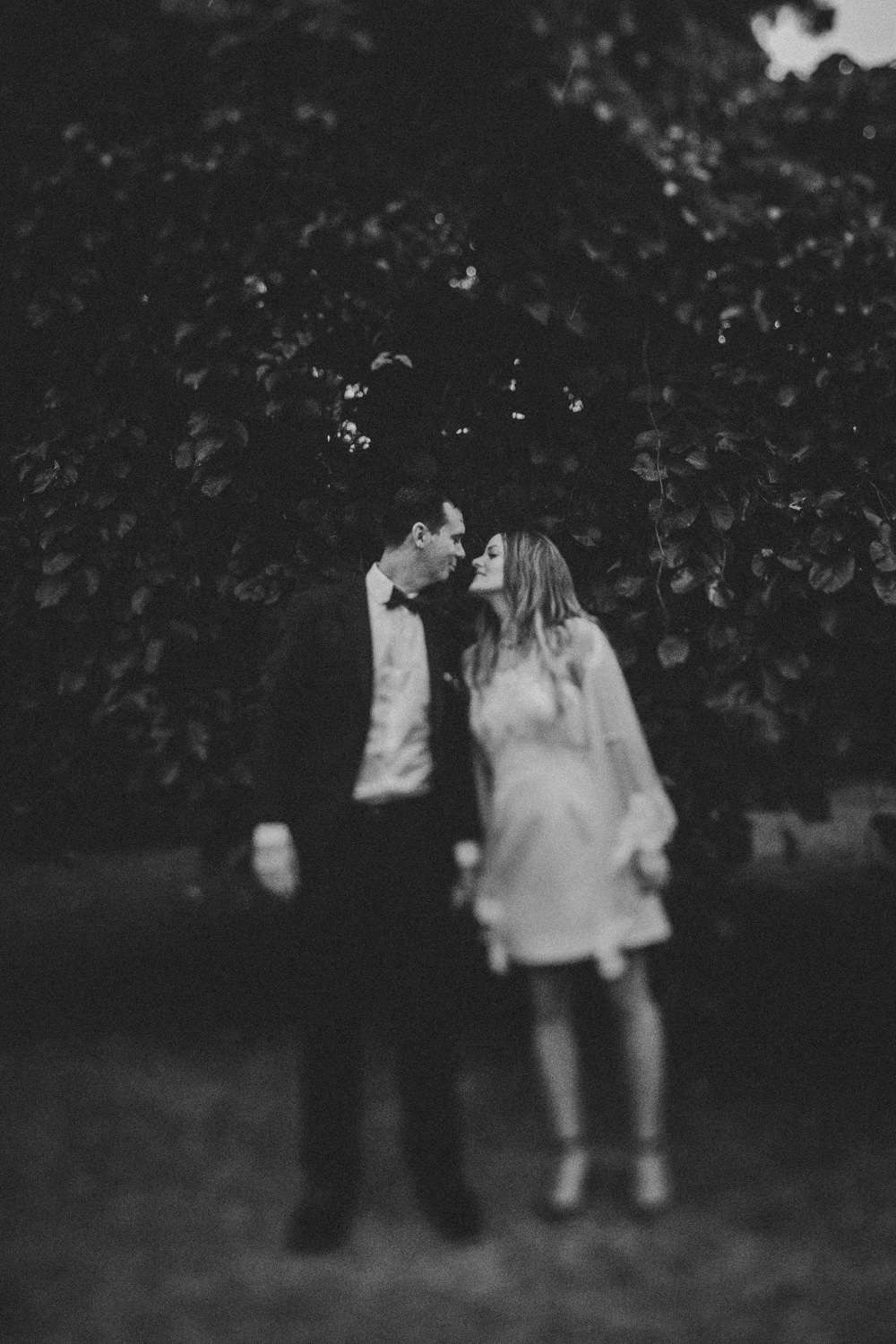 The bride in particular really loved planning the wedding. “It’s so exciting! I didn’t find it stressful at all which is probably down to keeping things quite simple. I loved looking at online blogs and magazines for inspiration, there are some amazing and different non-traditional weddings out there! The only tricky part was finding a venue with just 5 months notice, a lot of them were already booked. We had a few knockbacks initially but overall, I think it worked out for the best, it forced us to think a bit more outside the box in terms of a reception space.” 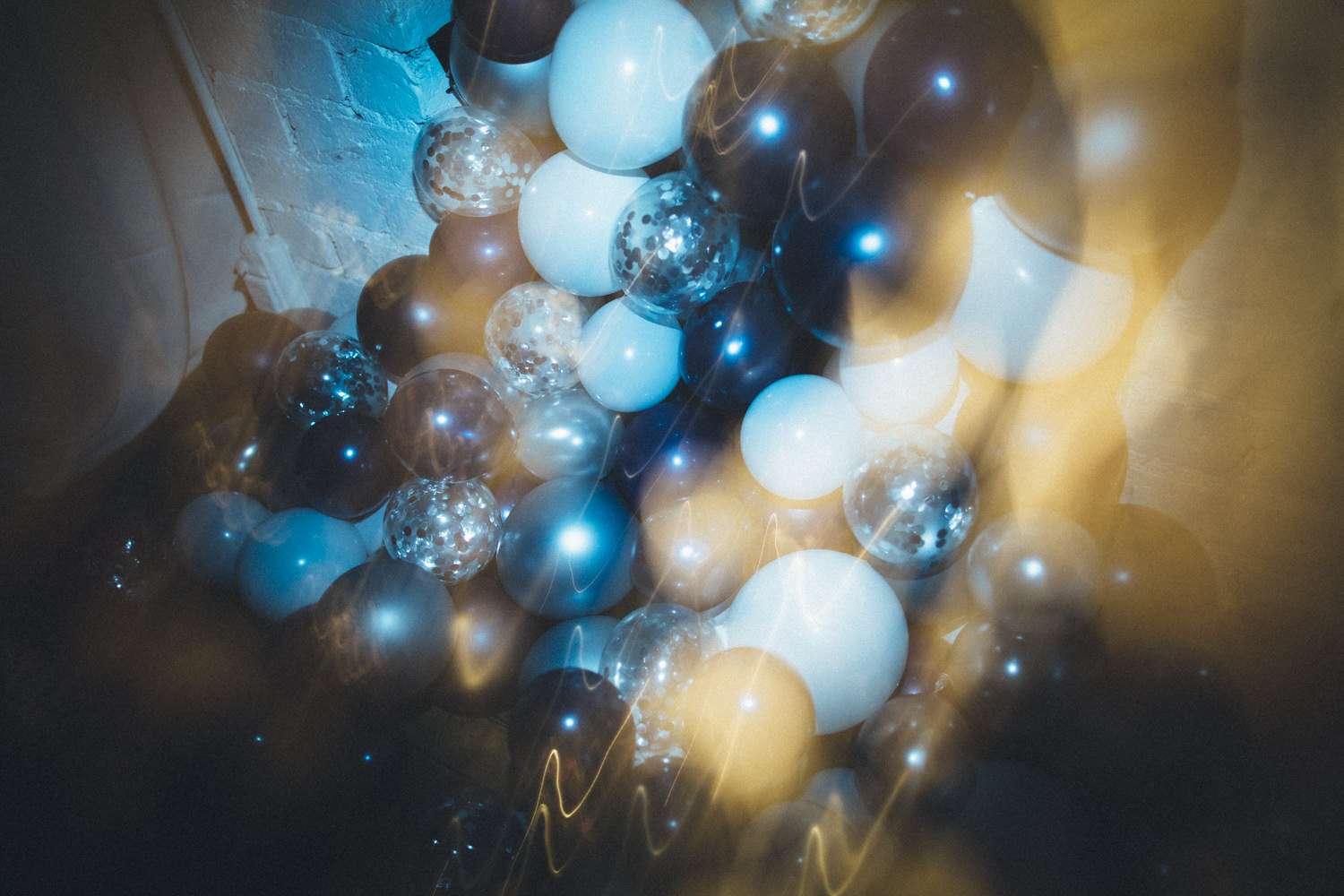 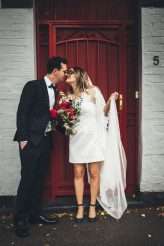 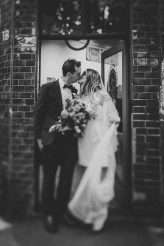 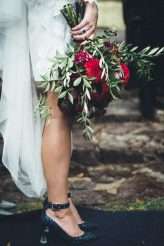 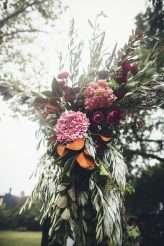 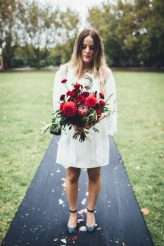 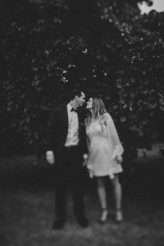 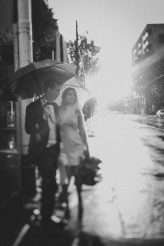 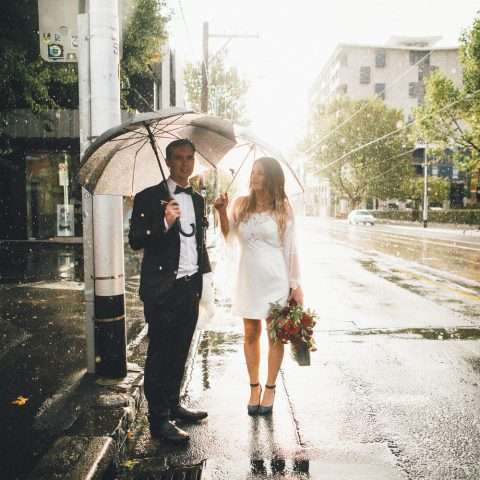 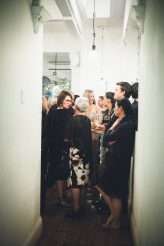