I joked on Facebook recently that the way to get blogged on Rock n Roll Bride is clearly to have a cat theme to your wedding, because this is the forth one I’ve featured in so many weeks (the others are here, here and here)! I stand by my convictions though, cat weddings are awesome. End of discussion.

Liza and Dean were married at Porteño Restaurant in Surry Hills, Sydney. “Our wedding was very feline!” began the bride. “We really wanted the day to be an amazing meal for our friends that also celebrated who we are and what we love as a couple. The team at Porteno were amazing and the food was sensational so we definitely fulfilled our first objective! When it came to styling, I am THE ULTIMATE mad cat lady – covered in ‘cattoos’ and very committed to my love of all things feline. I obviously didn’t shy away from that for a second when planning the wedding – right down to my dress!” 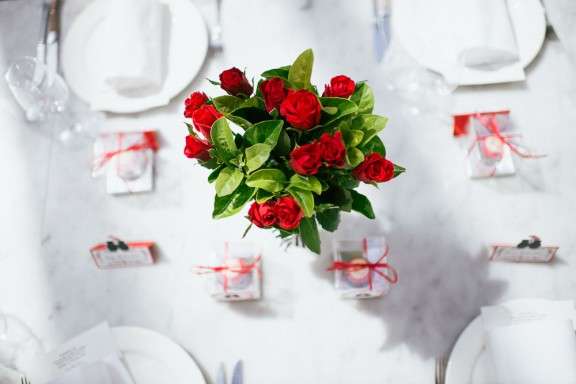 “Dean works in the music industry and he loves fashion and cars, so he brought his own very unique style and ideas to the day. And just like the two of us our individual styles complimented each other perfectly on the day! We LOVE our pets (4 cats and 2 dogs) and were committed to ‘bringing them into’ the wedding as much as possible using our signs, cake topper and even our vows. Everything about the day was very authentically Liza and Dean – and that authenticity was the defining characteristic of the day.” 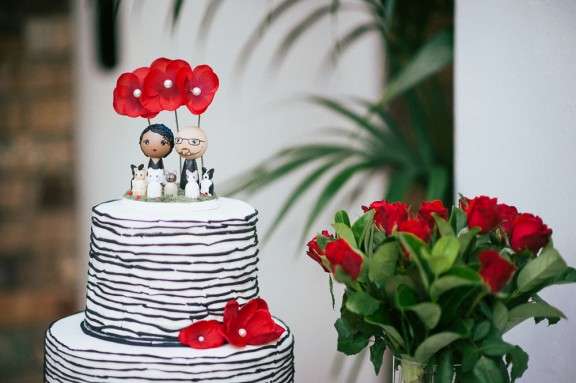 Oh yes, Liza’s dress and bag (both cat themed!) were from Sandie Bizys. Her shoes were Miu Miu. “We loved ALL our little details and had so much fun putting them together, but my necklace was an untold story that meant a lot to me.”, she continued. “My Grandfather (whose nickname was Kitty!) gave my grandmother Rosalie a diamond every year they were married and on their 25th wedding anniversary designed and made this pendant for her using them. I was very close to my grandparents and miss them both terribly, so I felt like they were both there with me by wearing it.” 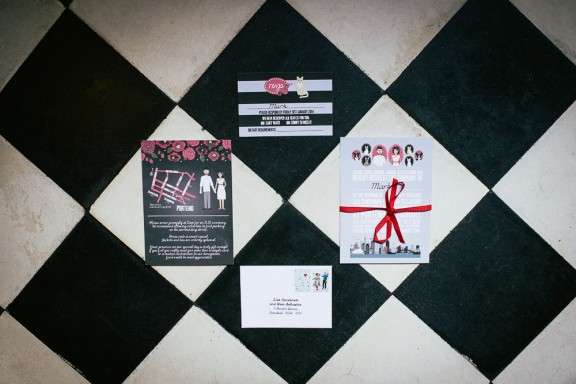 “Our biggest expenses were the venue, our photographer and my outfit”, she continued. “The venue was the single most important thing to us – we knew we wanted to get married at Porteno – our favourite (and in our opinion the best) restaurant in Sydney. As soon as we told our parents we were engaged the next call we made was to them! We love their food and atmosphere and Sarah Doyle was the most amazing hostess.” 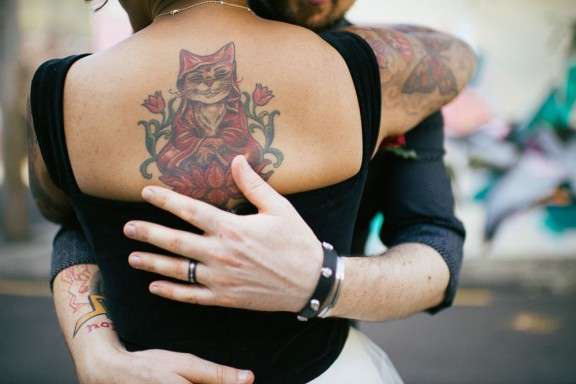 “The photography was also really important and Mark from Gold Hat Photography‘s work spoke to us straight away – and he backed that up with a great engagement shoot for us. My dress and shoes were the one area of the budget that really ‘blew out’ but working with Sandie was so enjoyable. As the dress came together I knew it was really going to be a defining feline fashion moment for me! I don’t think that anyone other than Sandie could have designed such a unique dress so it was money very well spent.” 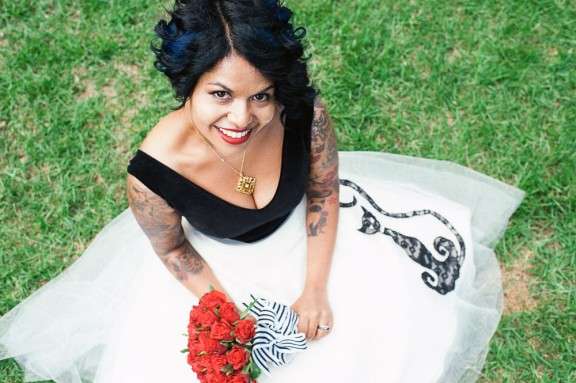 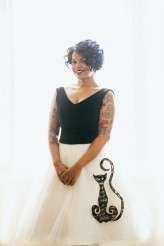 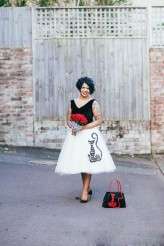 Sandra and Hendrik were together for 12 years before they were married. They met in August 2004 at a funfair and distinctly remember the smell of popcorn filling the air. They wanted to recreate their first meeting at their wedding, so decided it should be funfair themed. They also wanted their wedding day to be a celebration with their loved ones while listening to great music and, of course, with the smell of popcorn in the air again.