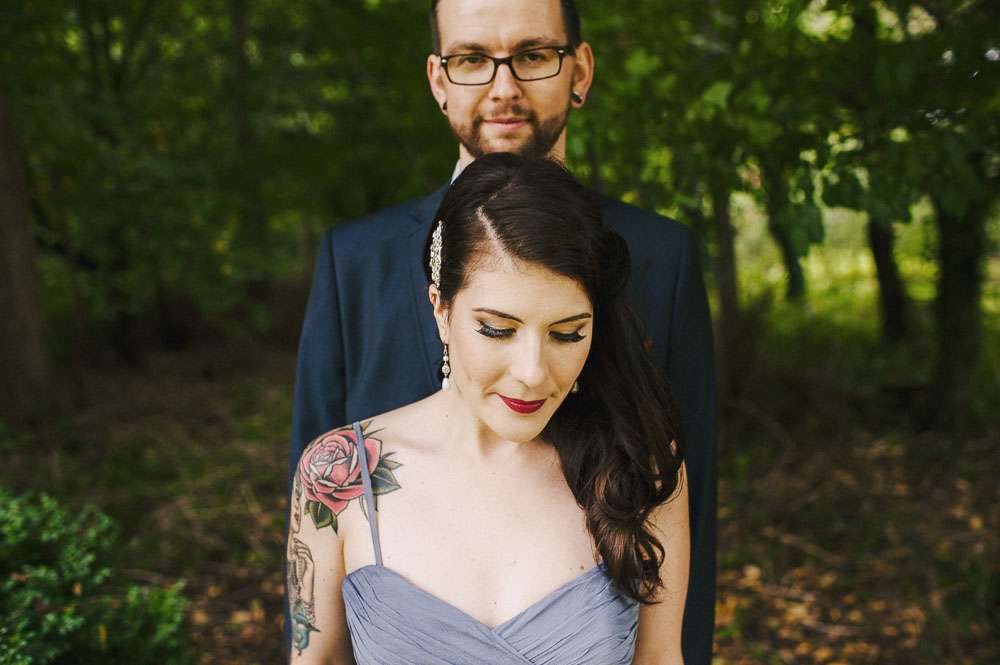 Carla and Chris wanted their wedding to be a reflection of them but also to be laid back and enjoyable for their guests. They weren’t bothered about following tradition and mainly wanted to make sure that they threw one hell of  party!

“We hate the big white wedding and the whole cut-and-paste experience so we wanted to do something different”, began Carla. “No white wedding dress, no cutting of the cake, absolutely no bunting. Just us, relaxed and simple. I guess we set the scene when we sent out wedding invitations with a picture of two skeleton hands with their wedding rings on (till death do us part!)” 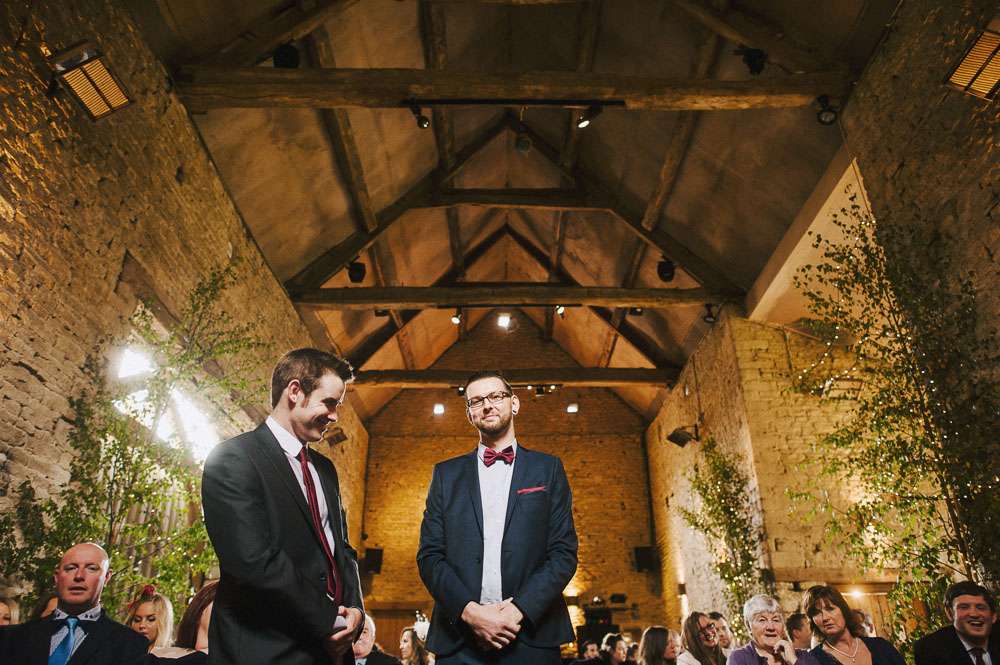 The celebration was held at Cripps Barn, a converted barn. “I always wanted to get married in a cider orchard but after investigating we realised this would be tricky as we didn’t’t know anyone who owned one. Instead, we began to look at venues that were either in or near a woodland. We both immediately knew that Cripps Barn was going to be our wedding venue when we saw it for the first time. It was rustic, unpretentious, beautiful, in the middle of nowhere and we had the option to get married outside. And most importantly for Chris, they served hog roast! Perfect.” 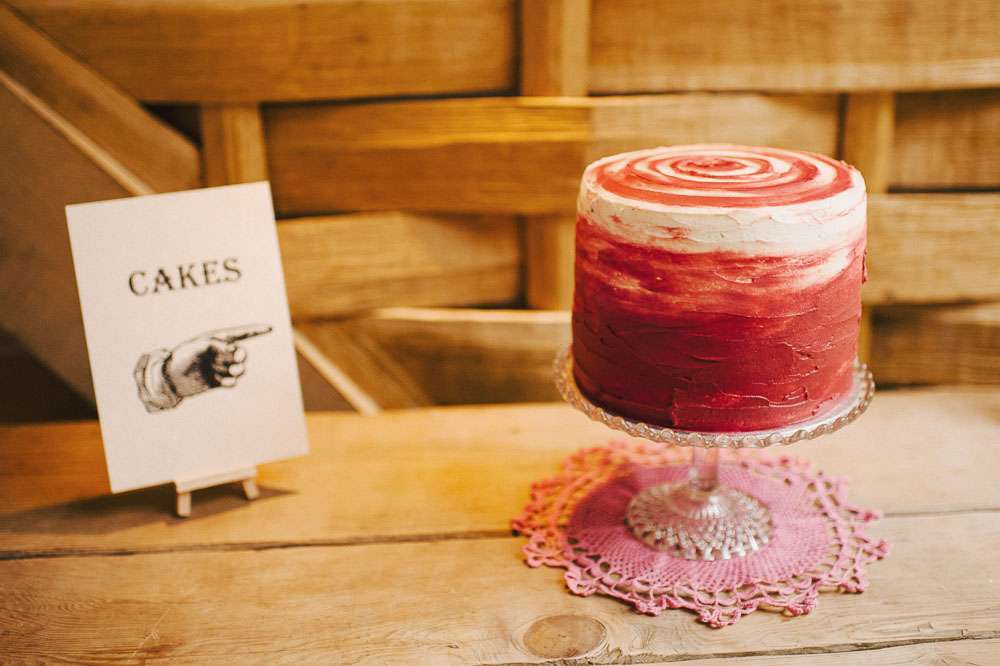 “The 1930s is my favourite decade so we tried to incorporate the glamorous trends from that era. For example, we served cocktails and cigars at our reception to imitate a cocktail hour! We wanted to look smart but to be ourselves. I wore a vintage inspired gown which was actually a bridesmaid dress that I had altered and Chris wore a suit with a classic bowtie, topped off with his trusted Dr Martens. My bridesmaids wore custom designed dresses from Get Cutie which, much to my mother’s shock and horror, depicted little skeletons having an outdoor knees-up. It was quite in keeping with the day!” 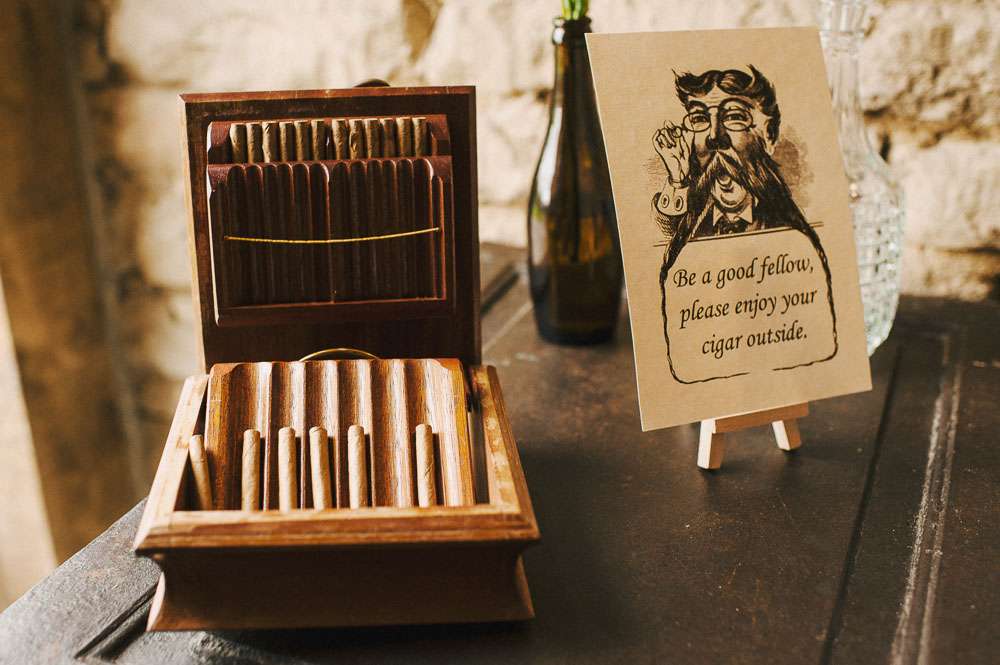 The couple didn’t want to go too overboard or to spend a fortune so they did a lot of things themselves to save money. “I made all the cakes myself and did all the flower arrangements”. she explained. “We made mini bottles of sloe gin for our favours and we designed and made all the decorations. Family and friends also got heavily involved and helped us out. Our lovely friend, tattooist and artist, Michael Ashby designed our save the date cards in old school flash style.” 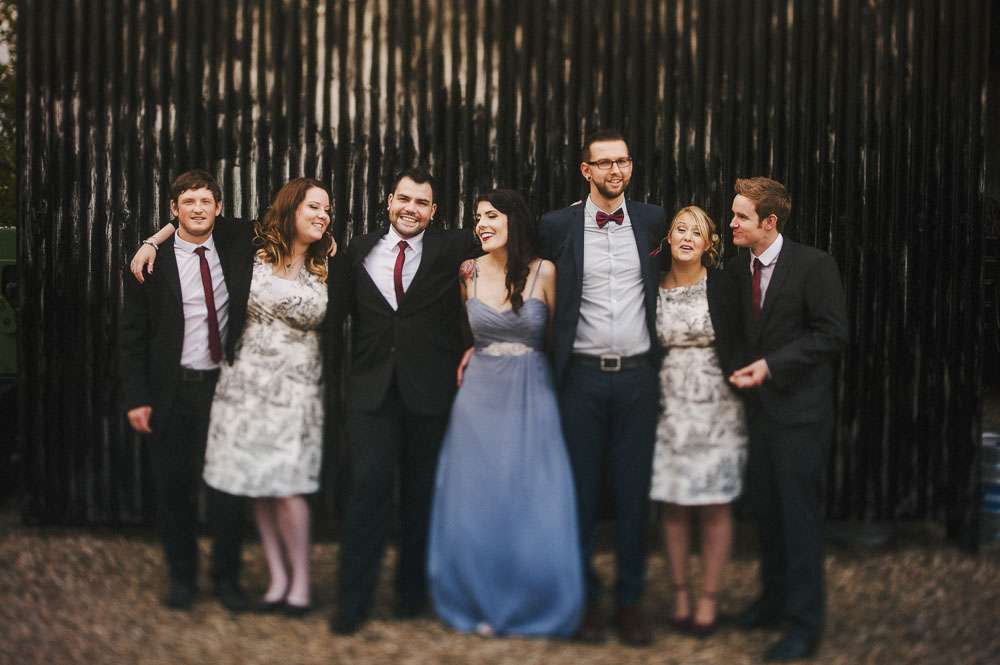 “Chris’ step-dad built the PA system and created the most epic laser and smoke show. We wanted the wedding to be entertaining for us and our guests. The venue had a fabulously big fire pit outside so we thought it would be pretty awesome to have marshmallows and all the ingredients for s’mores, which the kids and adults both loved. We know weddings can get boring for kids so we also had a big batch of sparklers for them to play with (supervised of course!)”

“We wouldn’t do anything different”, she concluded, “well, except maybe to have done some photos outside in the dark… but at that point the Jägermeister was out!” 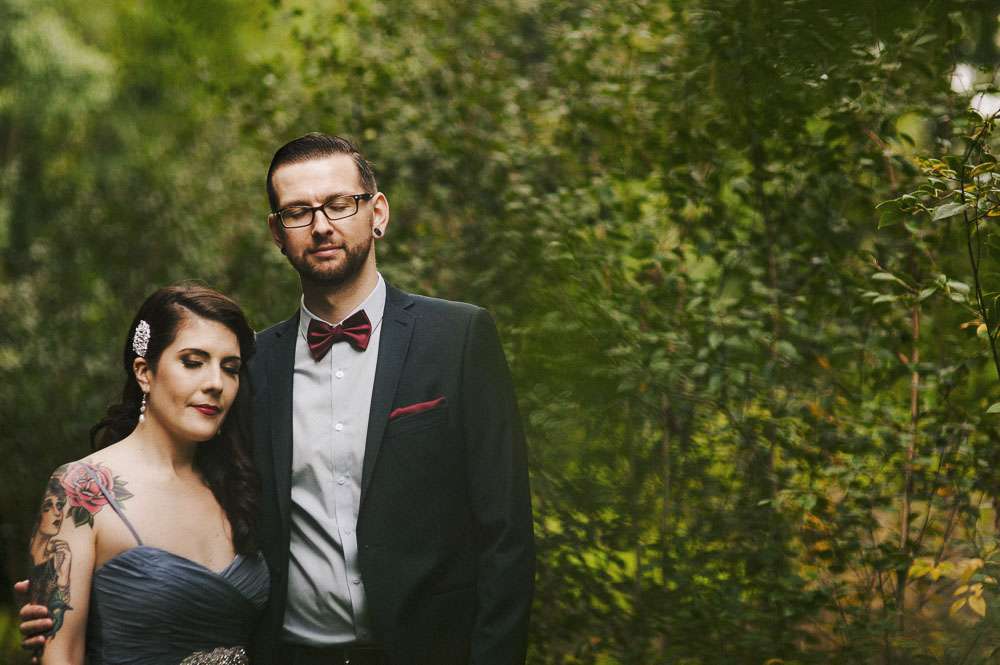 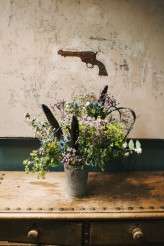 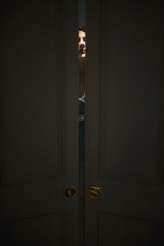 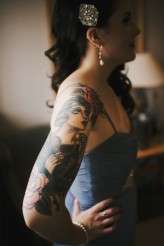 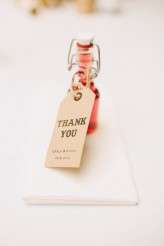 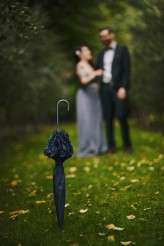 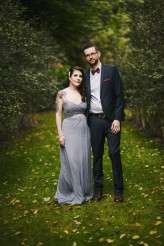 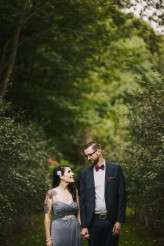 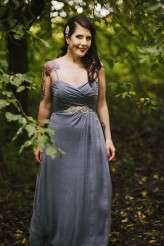 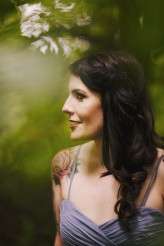 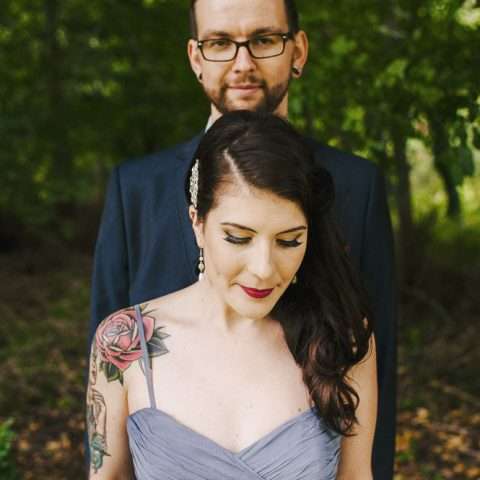 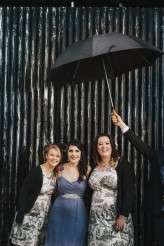 Anneka and Stephen wanted a vintage inspired wedding after the bride picked out her stunning 1930s dress. They used gold accents everywhere, also inspired by what the bride wore. They also spent just £4000, wanting to prove with their wedding that you don't have to spend a fortune to say "I do!"