Chris and Ixchelt’s March wedding was inspired by the bride and groom’s favourite colours – purple and green. They had a budget-friendly DIY wedding at The Mytton and Mermaid hotel in Shrewsbury.

“Our inspiration was peacock colours!”, said the bride. “Purple is one of my favourite colours and green is Chris’ so we just added a bit of teal into the mix after getting ideas online. After that it made sense to give it a bit of countryside rustic feel too due to the venue being in the wonderful Shropshire countryside. We wanted the wedding to be colourful, warm, intimate and relaxed.” 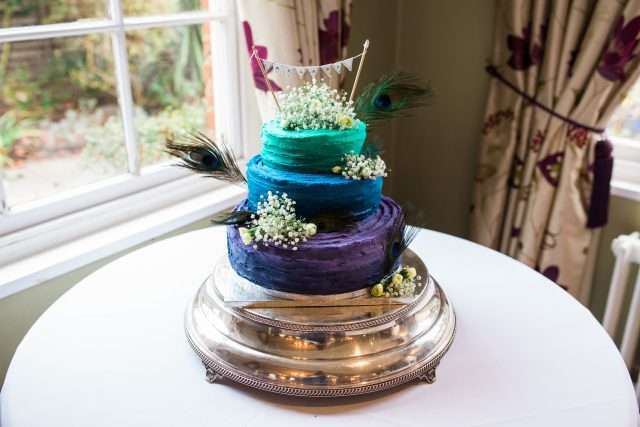 “We pretty much DIYed everything. We bought paper pom poms to hang all over the venue for a pop of colour, printed Polaroid style photos of our engagement shoot which we hung around the tree by the river, and we used rolls of organza in three colours as runners for the wedding breakfast. We painstakingly collected jars for months for the centrepieces and my mum (a retired florist) did all the flowers.” 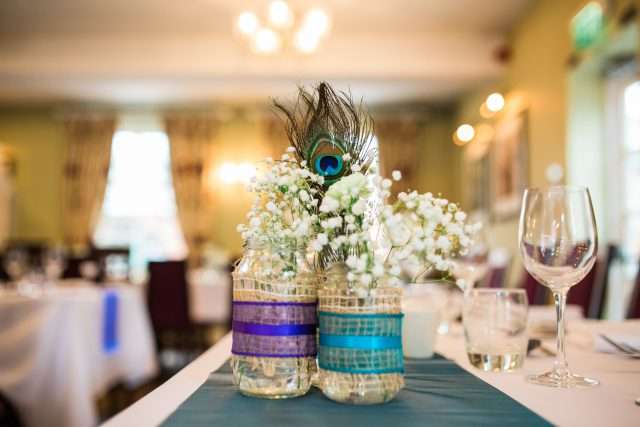 “The one thing I wish I’d known before we started planning was the level detail that you get sucked into when you’re having a DIY wedding”, she laughed. “I thought we’d be really chilled but as soon as you start you realise how something simple can get overwhelming. Just as a heads up to all future brides, this will happen but don’t get too bogged down by it. The little details aren’t the most important thing about the day.” 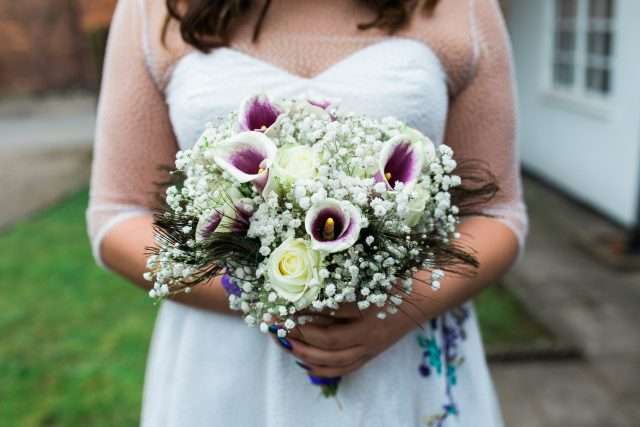 “We saved money with all the DIY and on the flowers, cake (made by my maid of honour), invitations and decorations. My dress was also made by a final year fashion student! I work at a university she used my bridal dress as one of her final major projects. I only had to pay for materials which was nothing compared to how much it would have cost had you included the labour! She has now started her own bridal wear company.” 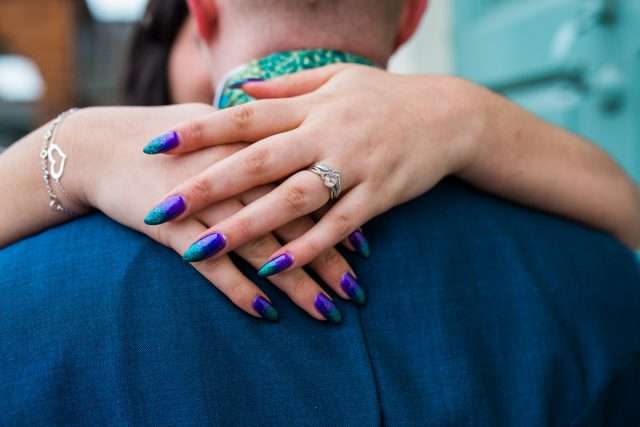 “Make sure you soak up every second of your wedding day because people are not lying when they say it goes super quick”, she concluded. “Finally, get a great photographer! You won’t remember seeing every little detail or pockets of social gatherings, so get a fantastic photographer to capture the memories.” 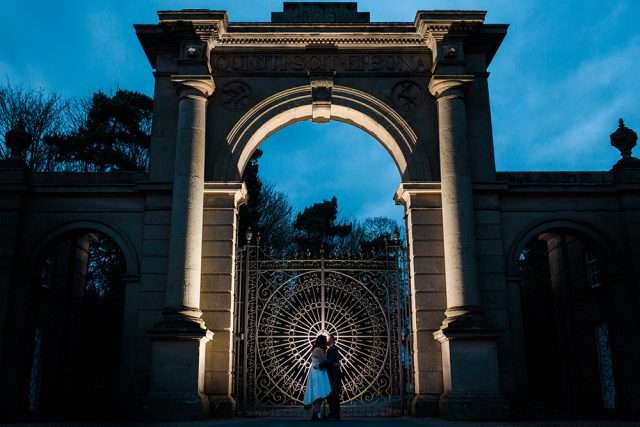 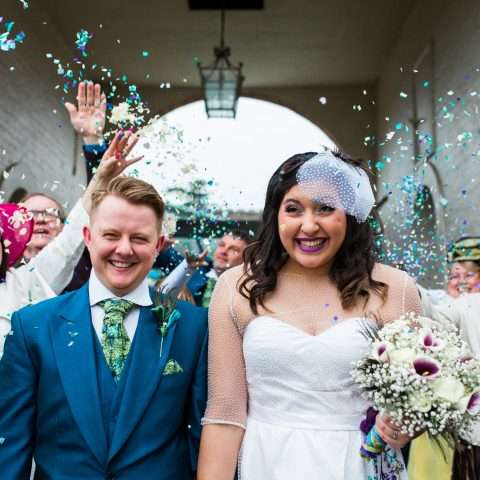