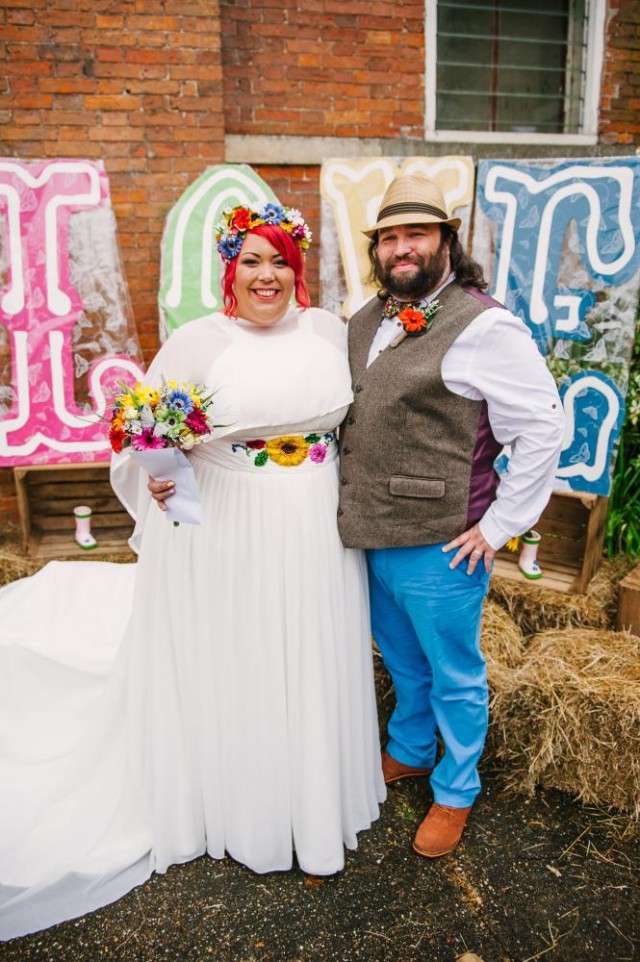 Kelly and Benjamin knew what they wanted for their wedding right from the start. They wanted an informal day with a festival vibe and lots and lots of colour! “The inspiration for our wedding was just ‘let’s be ourselves'”, Kelly said. “We’ve been to so many weddings over the years that all feel the same; a lot of people try and have this fancy formal affair when it really doesn’t reflect who they are as people.” 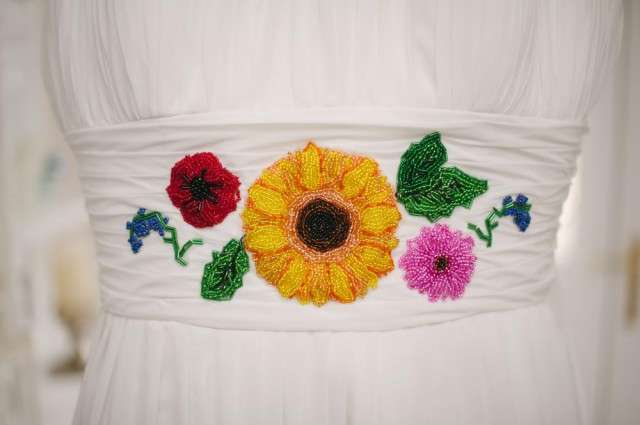 “As soon as we started planning, the main focus was that we wanted a relaxed and informal atmosphere. We were adamant we didn’t want a fancy sit down meal instead we wanted a party atmosphere with everyone tucking into burgers and sausages. Everyone that we spoke to after our wedding spoke so fondly of the day and how relaxed and fun it was. There was so much laughter from start to finish, exactly like we wanted. Our budget was just £8000 and we only really spent money on the things that guests enjoy at weddings – the venue, good food and the music!” 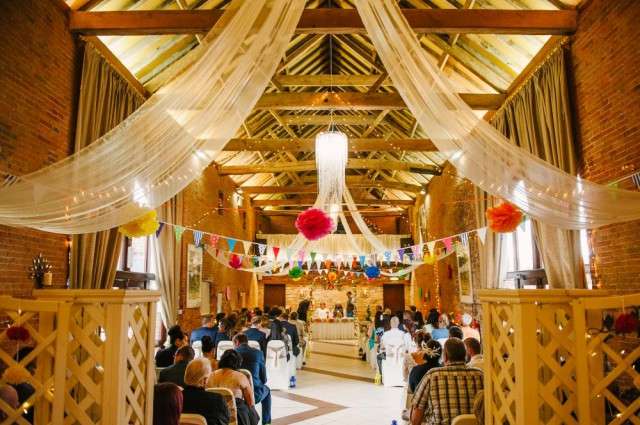 The wedding was held at Elsham Hall & Country Gardens in Brigg “A rainbow theme was decided straight away and there were so many hotels, and stately homes that we looked at but they really just didn’t fit what our dream was. As soon as I saw the barn at Elsham I fell in love with it and Ben knew it! It wasn’t the cheapest of venues but we decided to go for it and make cut backs in other areas,” 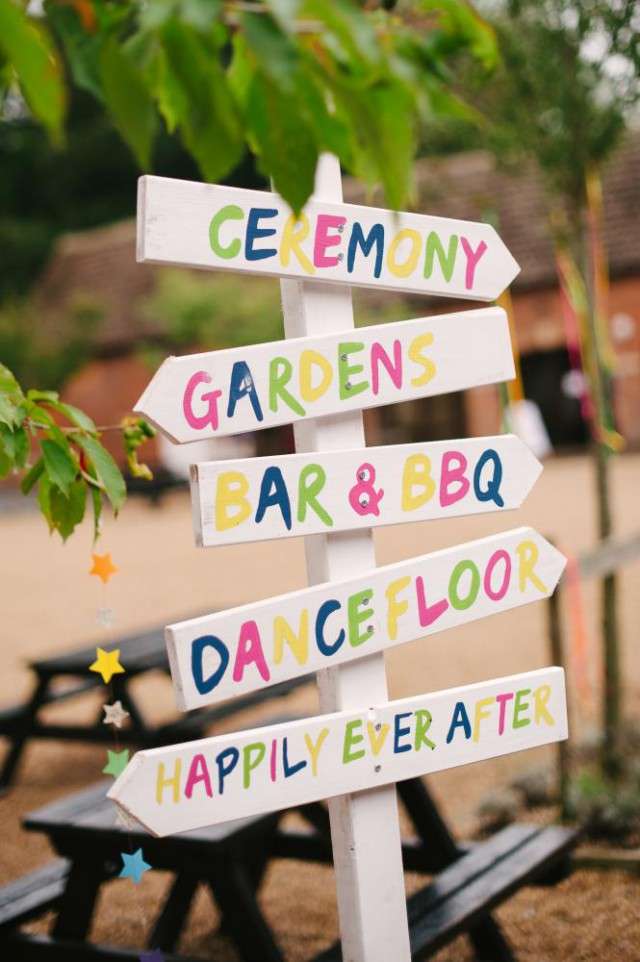 The bride’s dress was a steal and bought for £150 from lightinthebox.com. Her maid of honour then stitched the colourful beading onto the front creating a truly one of a kind gown! Her cape was made by another friend. On her feet she wore colourful floral Dr Martens. Her flower crown, and the ones worn by her bridesmaids, were DIY and made from fake flowers bought at Ikea! The bouquets were also all homemade from the same Ikea flowers.

All of the décor at the wedding was also DIY. “Pretty much everything was a DIY project for our wedding if not by me then by one of my friends or family members. A lady at a local farm who gave us hay bales that she no longer needed just for a donation to her farm which was awesome and we used these as seats outside the barn. The cake was made by a friend. Our invites were designed by a friend and we sent them off to an actual ticket printing company to print!” 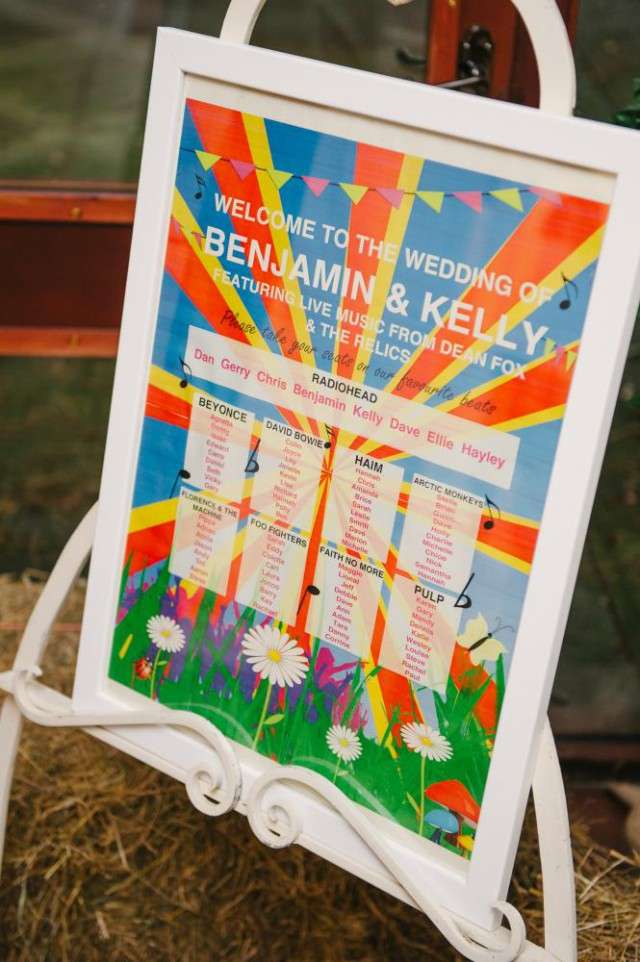 “There really isn’t anything we would have done differently about our day”, she concluded. “We were so pleased with how everything came together. To be honest I found the whole planning thing really fun and I didn’t get stressed about anything really (much to Benjamin’s delight!) The week running up to the wedding was so smooth and stress-free mainly due to Elaine and the team at Elsham who took all our ideas and all our decorations we’d bought and literally said ‘leave it to us’. They decorated the venue for us and when we went to look at it the day before we were just blown away. It was like they had got inside our heads and made it happen exactly how we’d imagined it.” 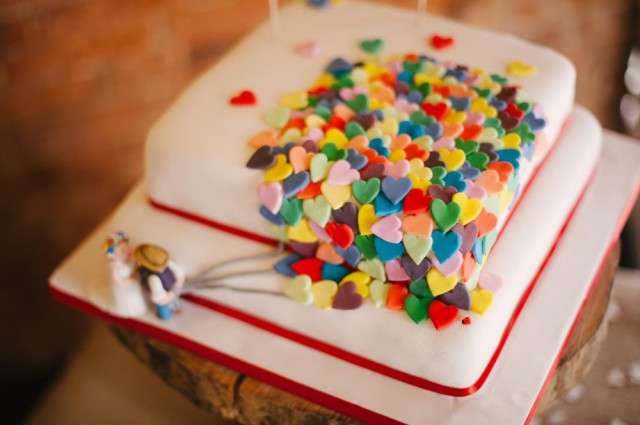 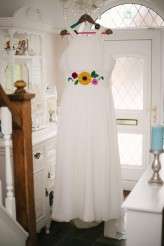 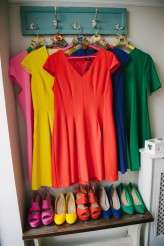 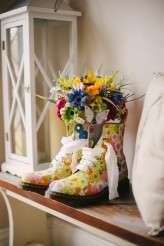 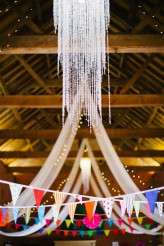 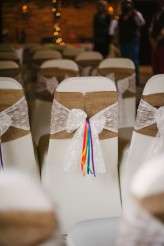 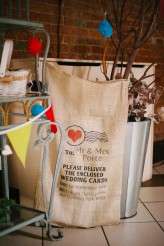 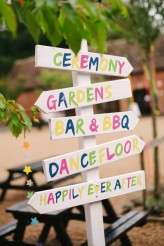 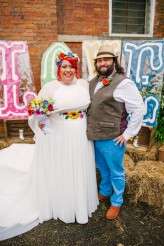 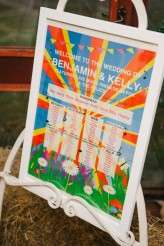 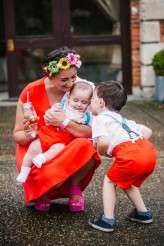 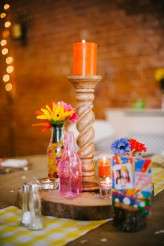 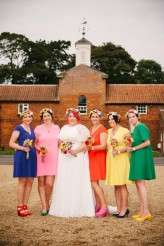 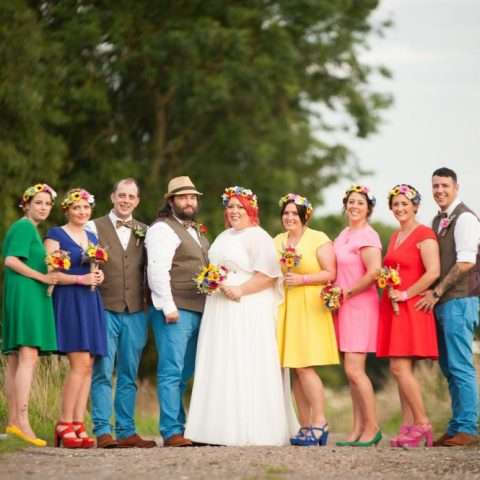 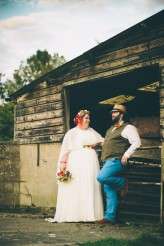 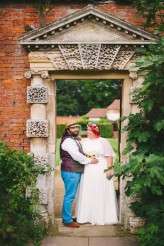