Laura and Luke’s winter wedding had a colourful, party atmosphere. They were inspired make the wedding as personal as possible.” We were keen to incorporate what initially brought us together (and where we shared a lot of our best memories) which is partying with our loved ones to the music we enjoy”, said Laura. “We booked favourite band, Land Blak and the Mixnot DJs.” 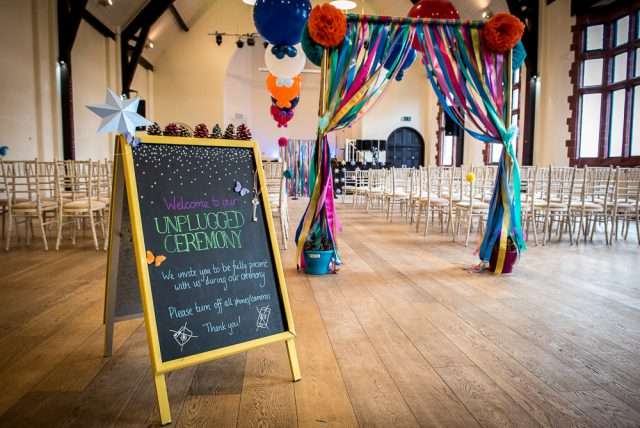 “We also wanted to serve all our favourite food and drink. We chose his (Wray & Ting) and hers (G&T) cocktails for the drinks reception, and for the reception guests had the choice from our favourite beer (Red Stripe and Brooklyn Lager) or cider (Savanna). Our food Mediterranean sharing platters to start, pie & mash (including the best Steak & Ale pie in Britain) for the main meal and then wood-fired pizza in the evening. 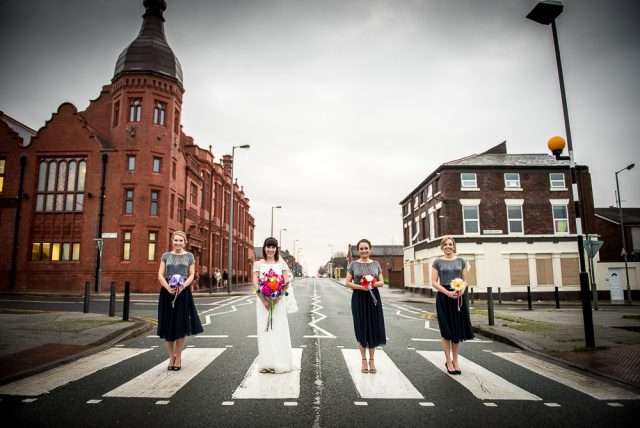 The couple opted for an ‘unplugged’ ceremony and asked their guests not to take photos during it. “We have been told the ceremony was emotional and we think this was in part down to our request that it be unplugged. We wanted people experienced the event in person rather than through their phone screens. I walked down the aisle with both my Mum and Dad to Duke Dumont’s remix of Haim’s Falling. I didn’t feel comfortable with the idea of being ‘given away’ by my father but liked to think of it more as entering the room as part of my parents’ family and leaving with Luke as we start our own family.” 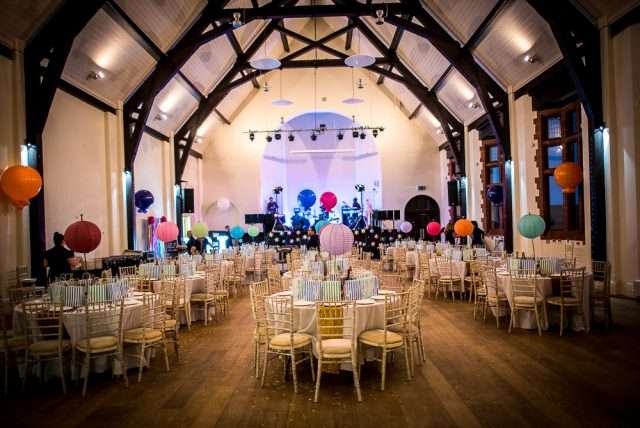 The couple did a lot of things to save money including the bride’s dress which came from a charity shop. “Our venue was also very cheap because The Florrie is  a charitable organisation which runs as a community and outreach centre day to day. The venue hire was low and they allowed us to bring in external caterers which was much cheaper and more flexible than venues that offered packages. We were also able to source our own drinks. We saved money on the flowers too by only having bouquets, which were silk, and no floral centrepieces.” 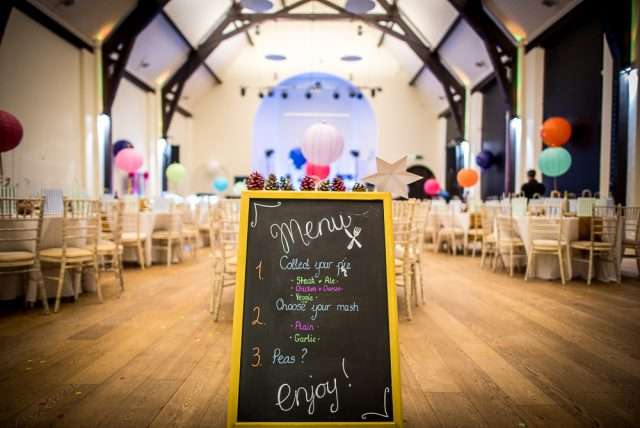 “The best thing about planing the wedding was that we had lots of reasons to spend time with family and friends and excuses to try out all the projects I’d previously just admired on Pinterest. Luke was really involved from the beginning so it was something we worked on together which was great.” 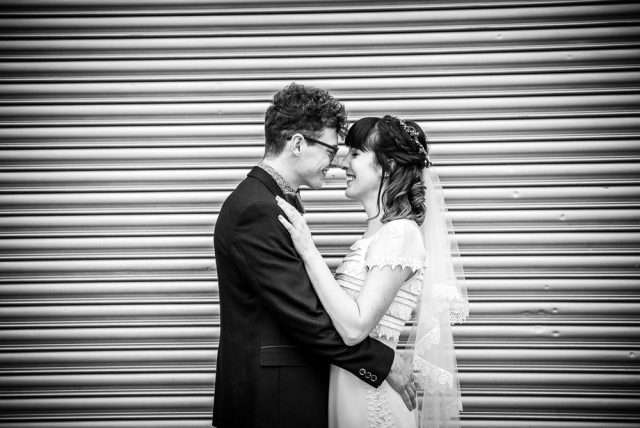 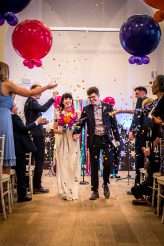