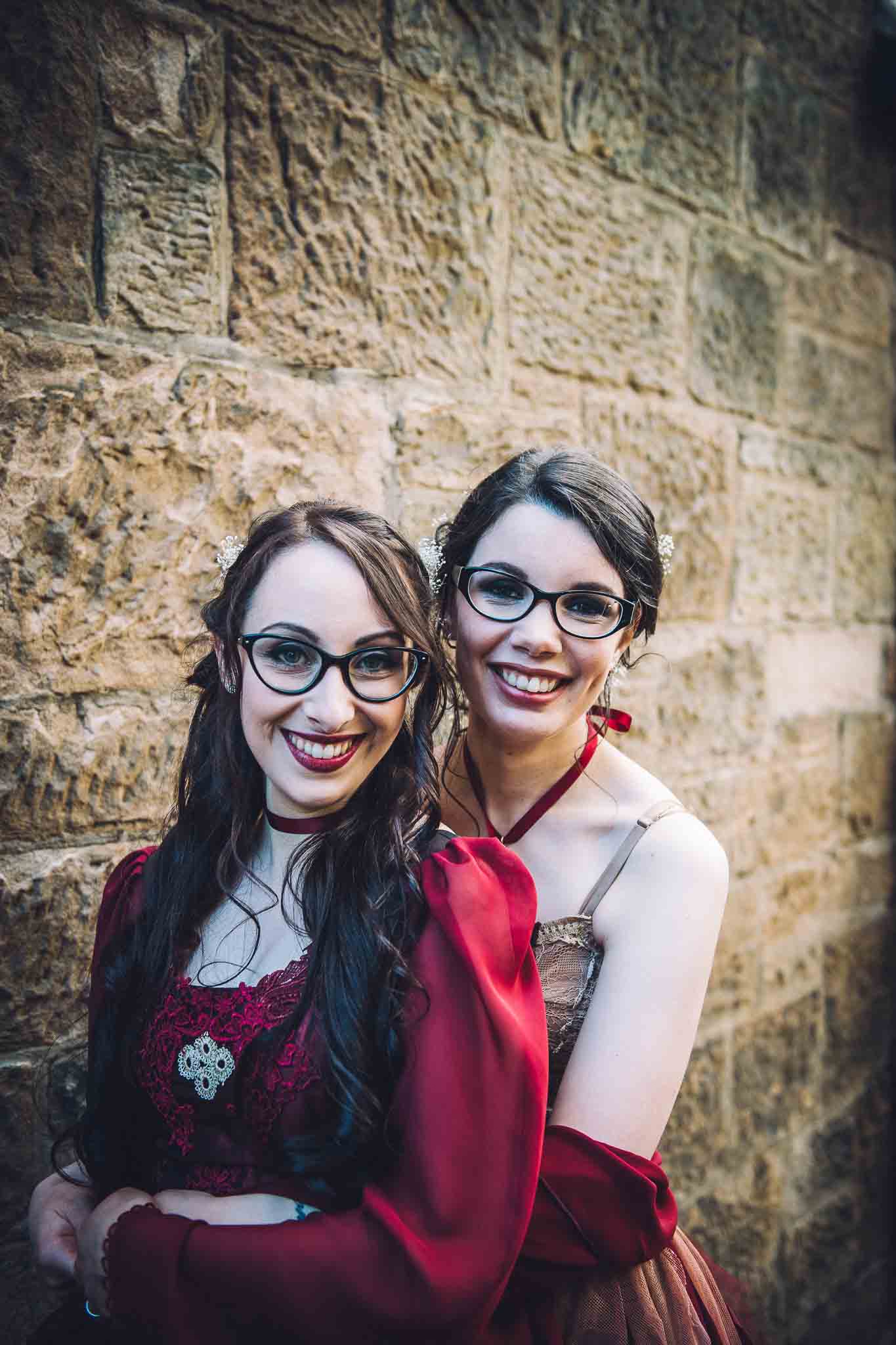 For their August wedding Laura and Holly wanted a day that felt like them, so that meant witchy, romantic, feminine, pagan and inspired by nature. They were influenced by Stevie Nicks and the film Practical Magic. They even walked down the aisle to the theme song!

Their ceremony was one of the most important moments to them both. It took place at Cottiers Theatre, a converted church in Glasgow. “Our officiant was Gerrie Douglas-Scott.  She and her wife, Susan, were the first lesbian couple to be married in Scotland when equal marriage became legal. This was our main reason for picking her as she was able to pass on the baton. Susan came to say hello to both of us after the ceremony too.” 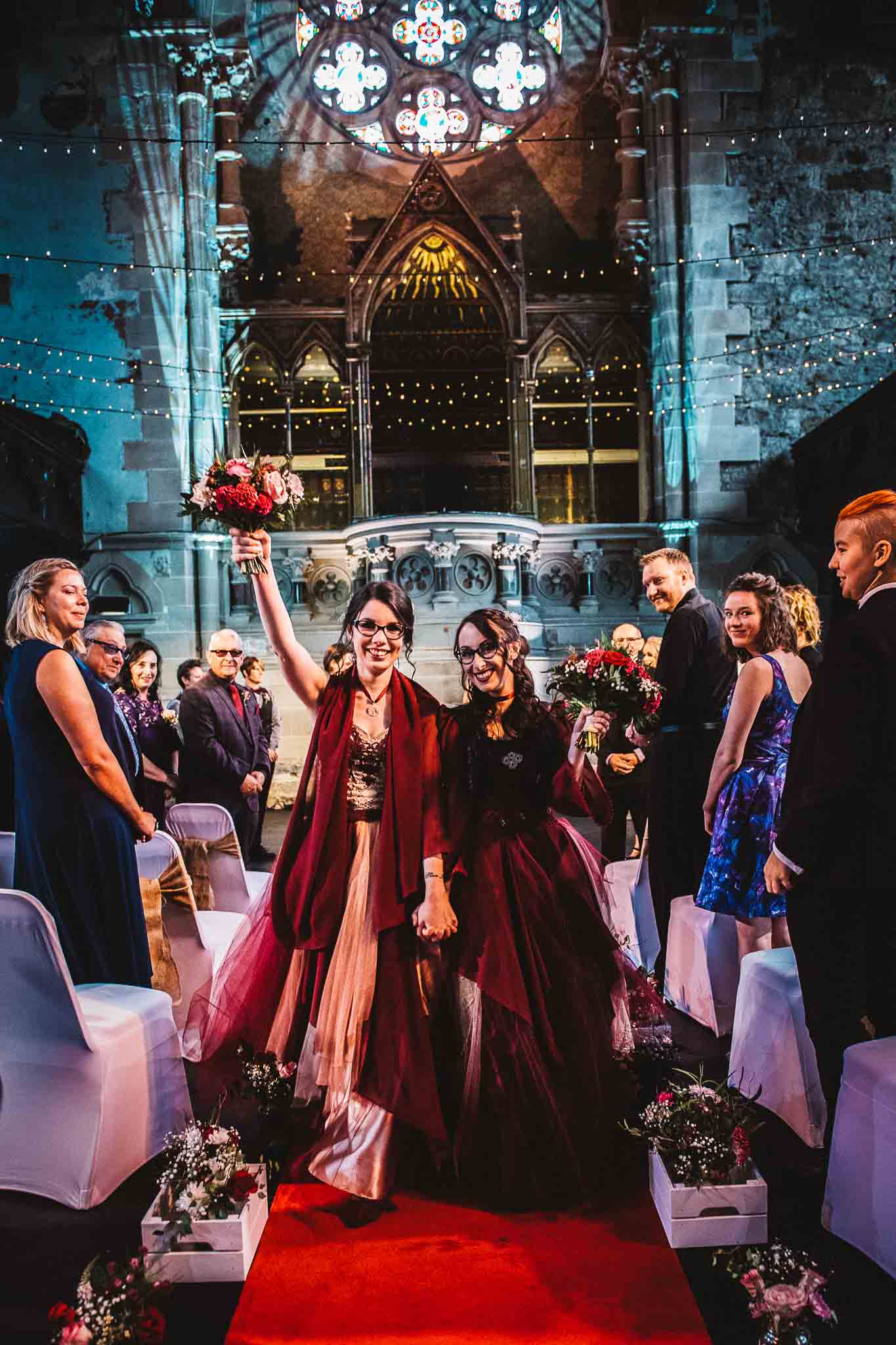 “We had a humanist ceremony that focused on us. It was very personal. Our celebrant asked us to write down three things we loved about each other which she read on the day. We had a handfasting using four different cords to bind our hands together that represented the elements (red: fire, blue: water, green: earth and white: air). Our bridesmaid, Gillian, did a reading of a Celtic blessing.” 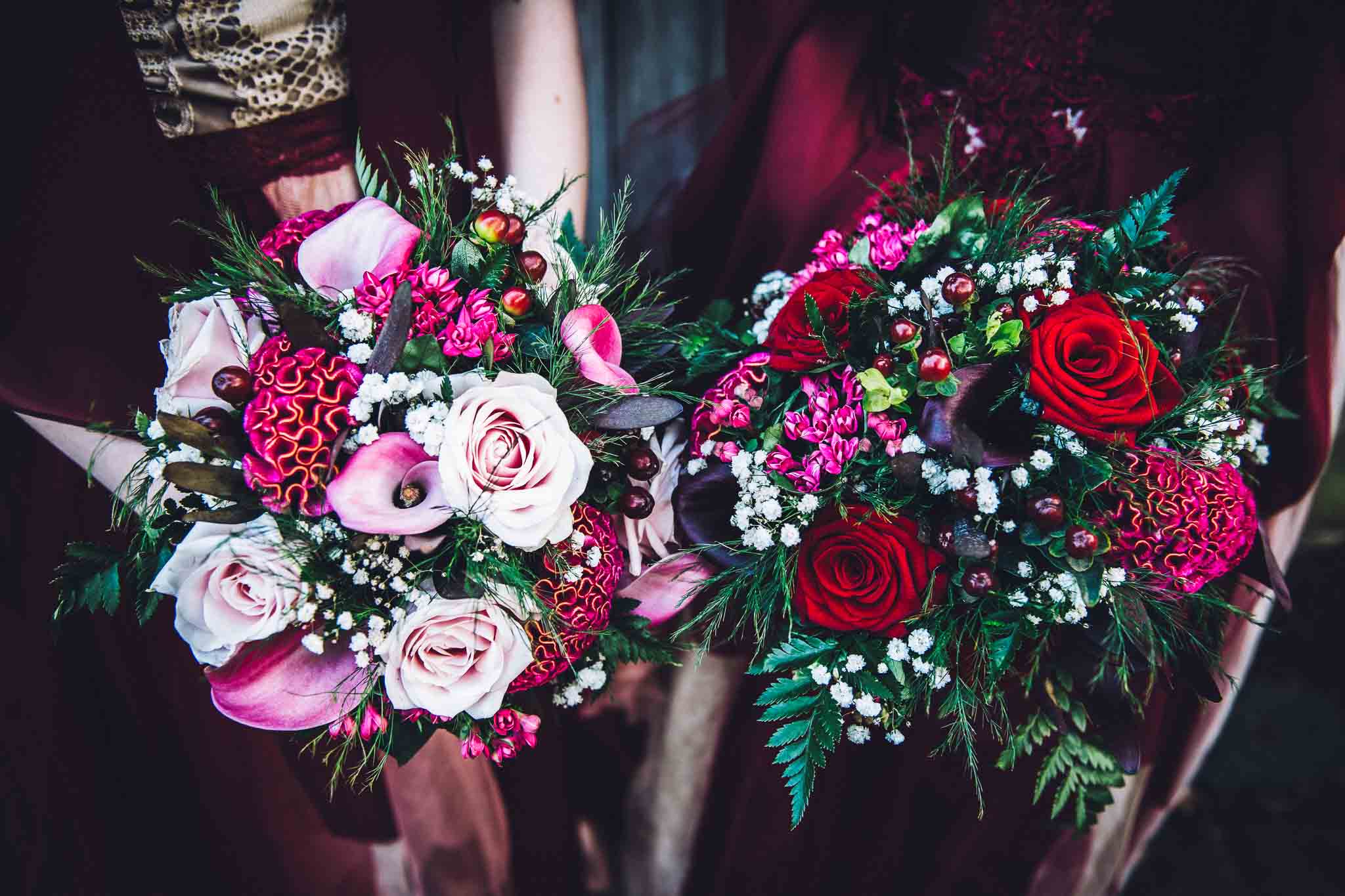 The brides’ dresses were handmade by Pia at RawRags, a seamstress from Denmark who they found through Etsy. Their headpieces were made for them by a friend. “We both wore handmade, red and cream wedding dresses. We spent most of our money on our dresses because we wanted something unique and spectacular. It was very difficult for us to find someone in the UK that could provide us with what we wanted. We think that people here are so used to cookie-cutter wedding dresses they don’t always know how to branch out. Even places we contacted were unsure of what we were actually asking for. When we found Pia it was like a weight had been lifted. She was fantastic and even though the only contact we had with her was through Facebook messenger she did everything in her power to hand make our dream dresses.” 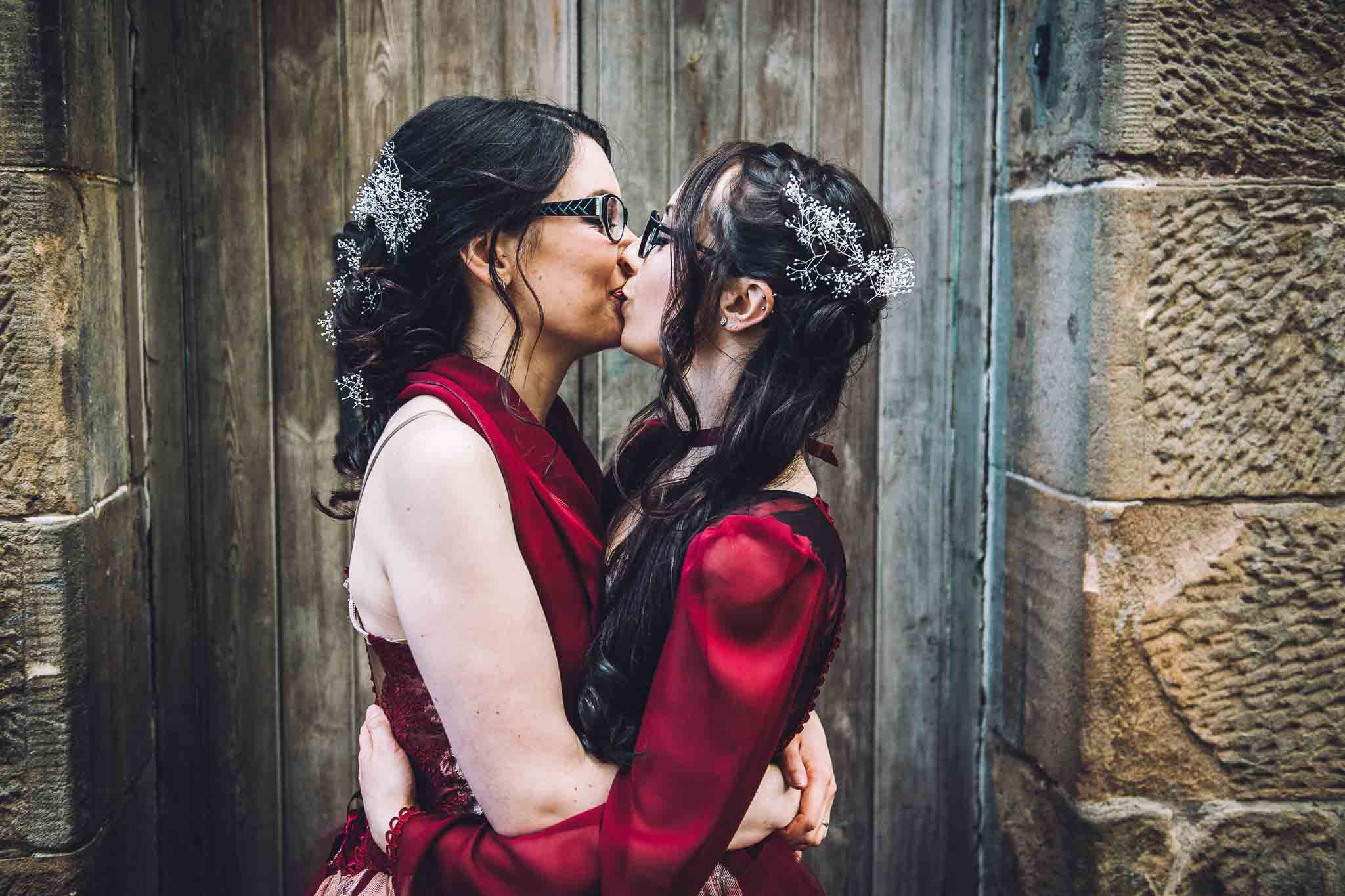 “A friend of ours had handmade headdresses for us to wear during the evening reception. Laura left hers behind at someone’s house so three of our bridal party left just after dinner to go back for it. During this time we were away with the photographer so didn’t even notice they were gone! When they were back they took us in to the bridal room to present the headdress to Laura. I was so happy and couldn’t believe they had been so thoughtful to go all the way back for my headdress.” 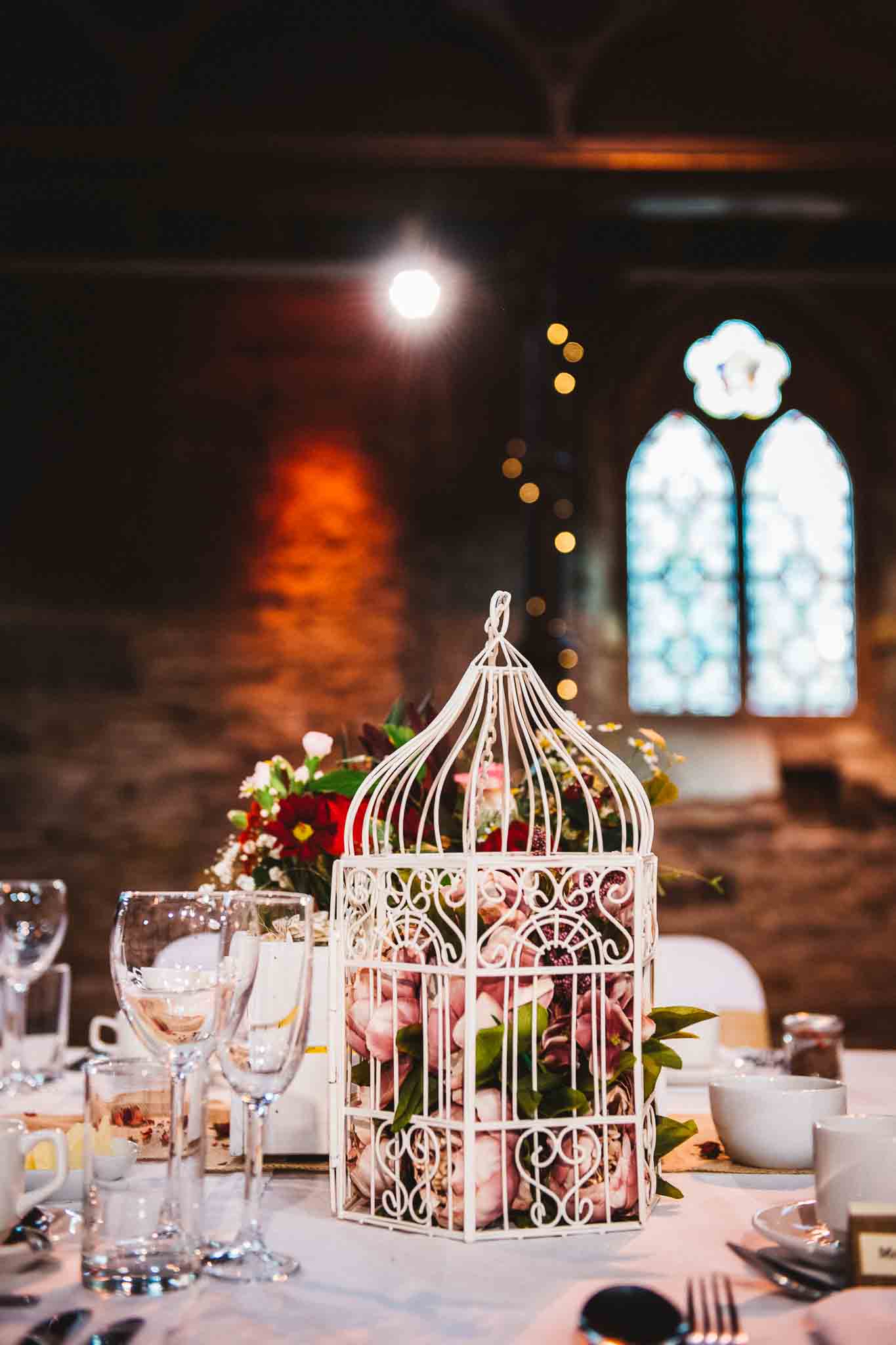 “We had six people in our bridal party: five ladies and one guy. Two of our ladies aren’t the type to wear dresses so we suited them up along with our one guy instead! So we had three in dresses and three in waistcoats and bow ties. The dresses came from Amazon and the waistcoats, trousers, shirts, shoes and bow ties came from various high street stores.” 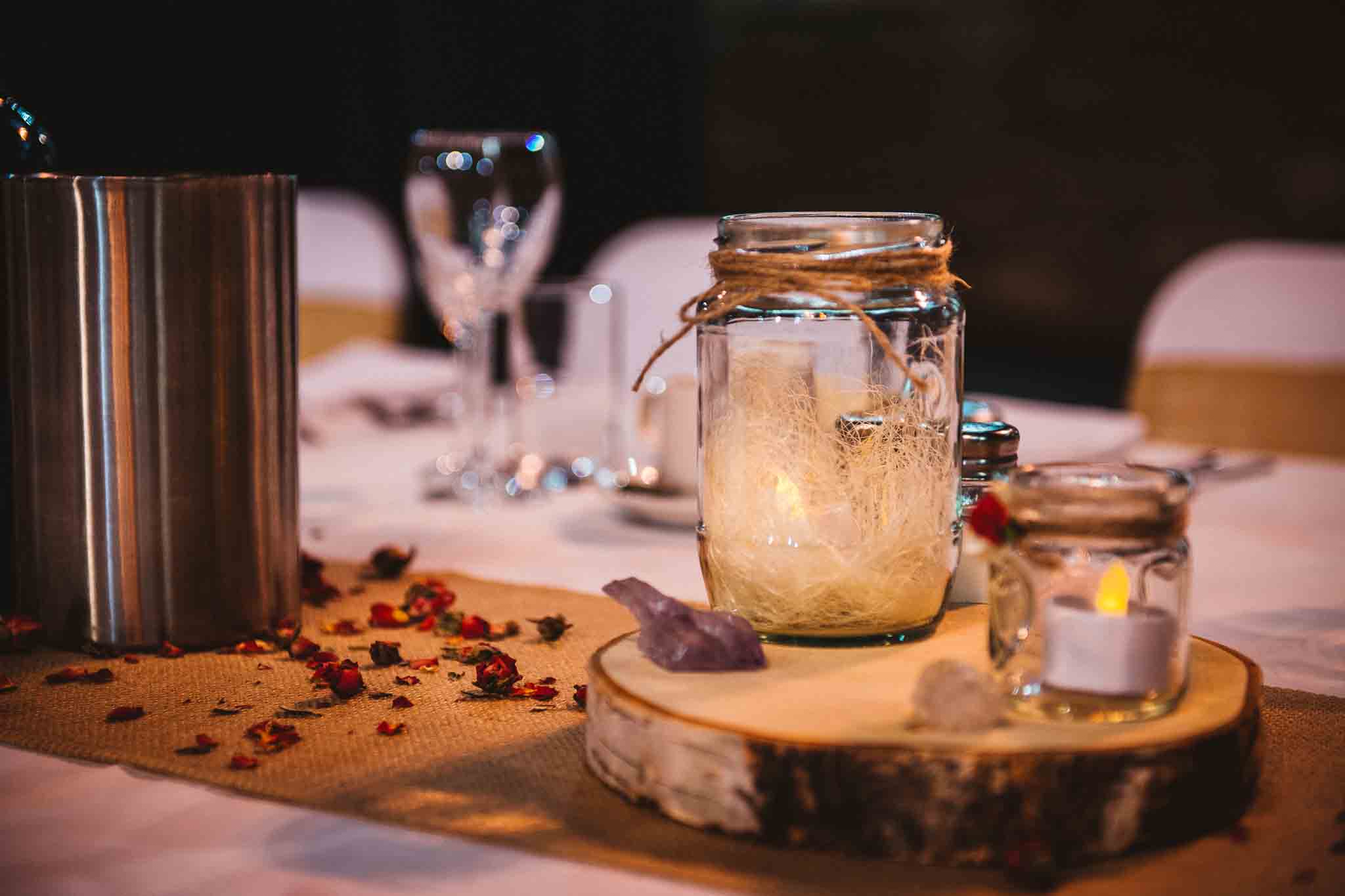 In terms of decor, they reused the flowers and runners from the ceremony for the evening reception. “They were crates from Ikea which we painted and filled with straw, fairy lights and jars of flowers. We also made props such as a crystal balls, wands and crystals. We created our own sweetie bar by purchasing jars from Amazon and filling them at a local sweet shop. Our favours were tea and coffee. We bought little jars and filled each one with either cinder toffee coffee or mango, pineapple and coconut tea.” 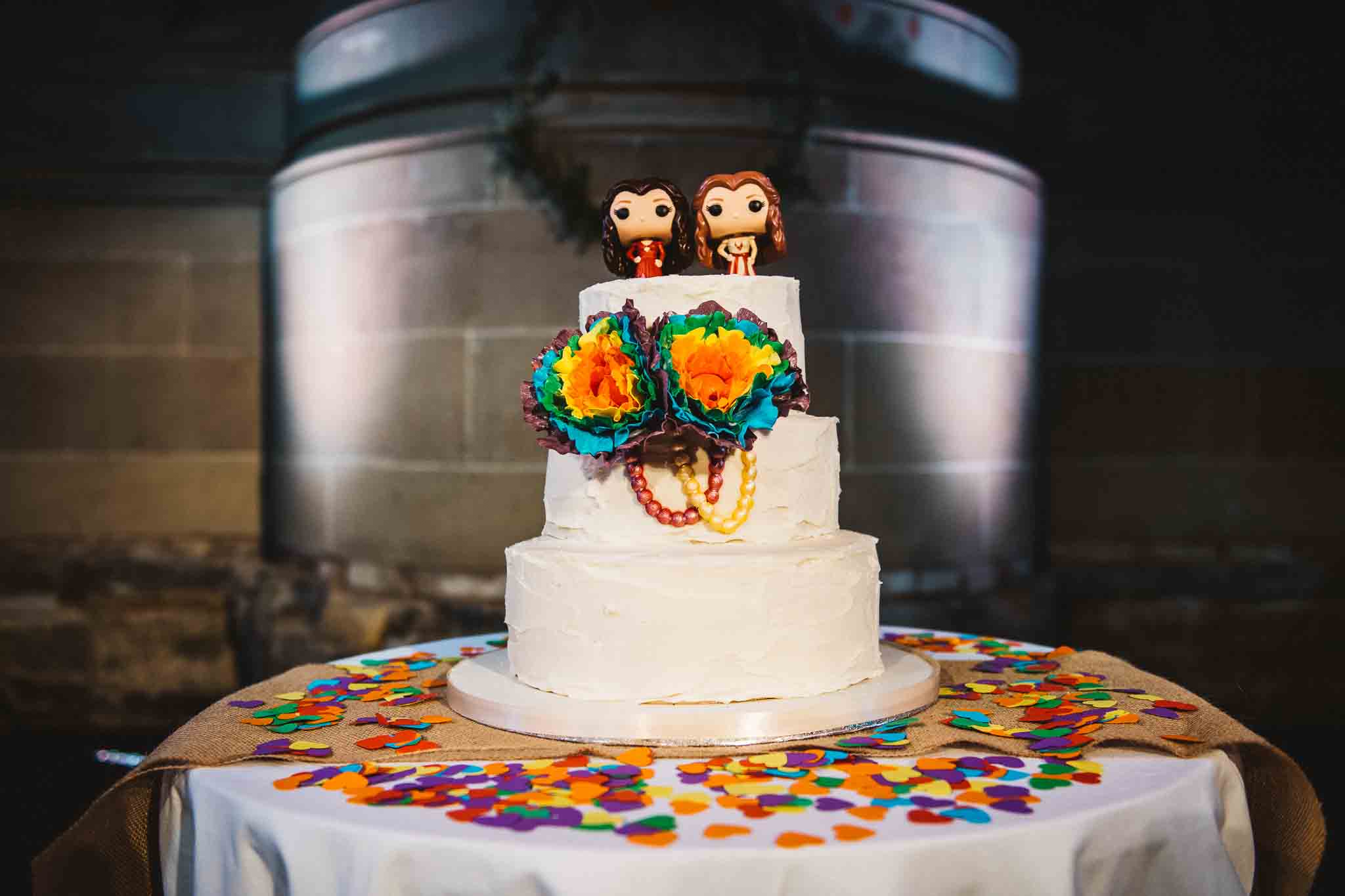 “A funny moment was the day after the wedding when some of our guests admitted that they had been playing Pokemon Go during the reception because our venue was a Pokemon gym! This pretty much sums up the geekiness of our friends.” 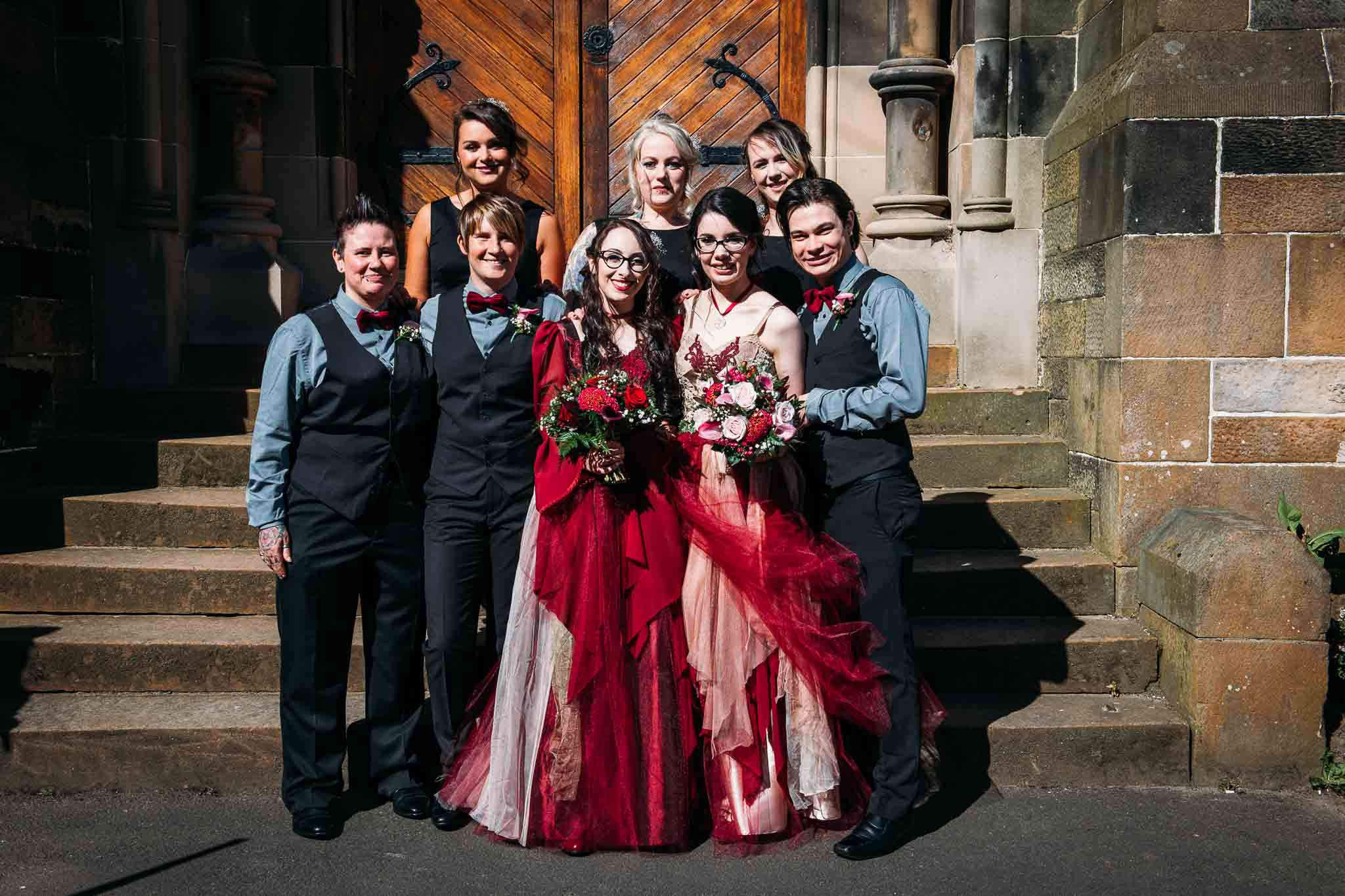 “Our advice to other LGBT couples would be that when we first started to plan our wedding we were a bit anxious about approaching companies for things (cake, venue, dresses etc.) but after the initial contact and realising how friendly people are we realised that they don’t actually care and will treat you with the same respect they would straight couples.” 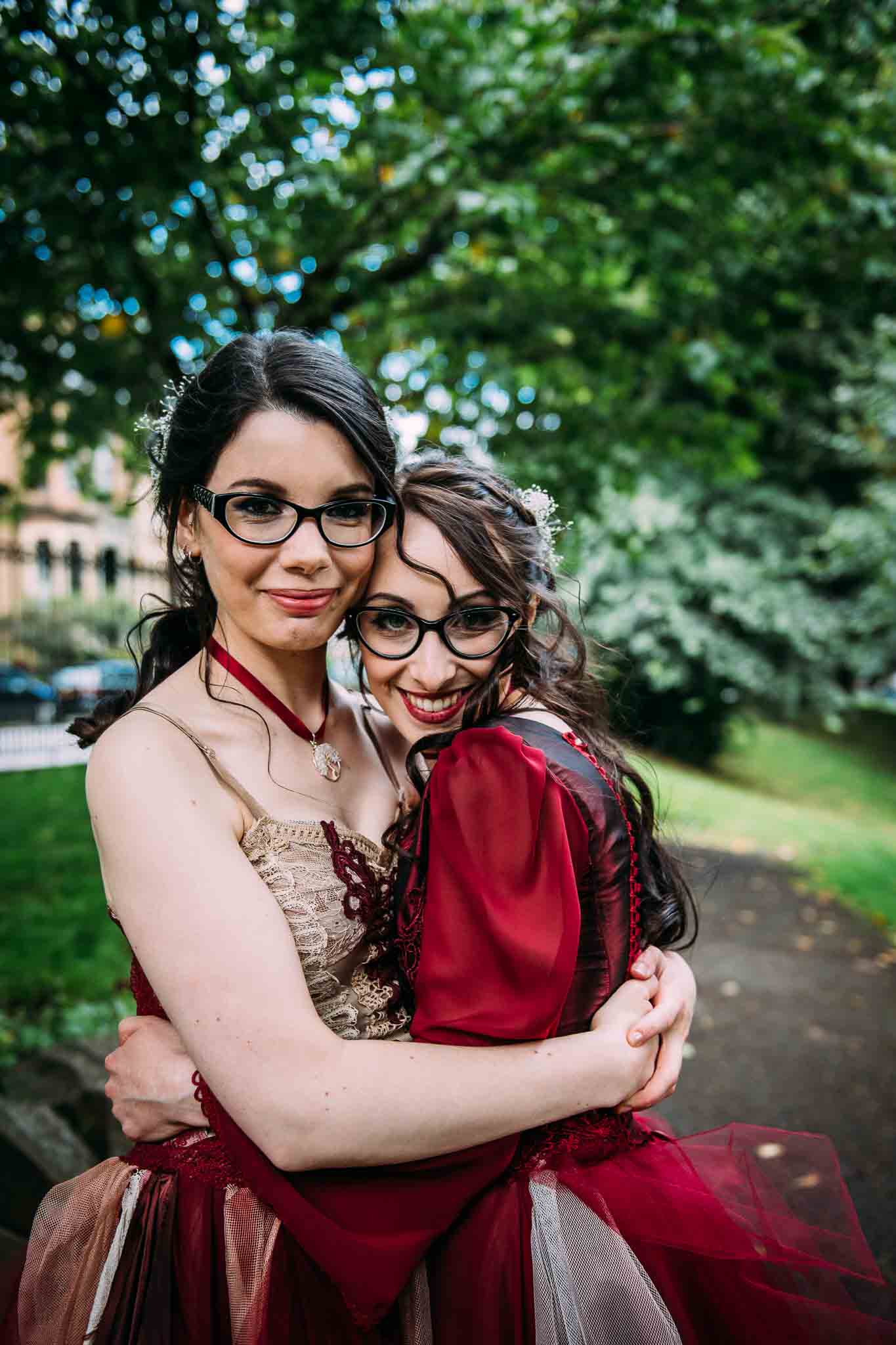 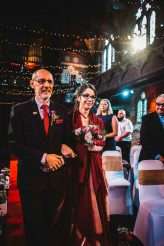 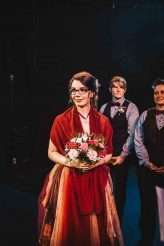 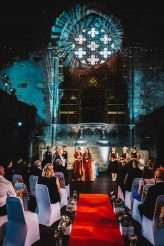 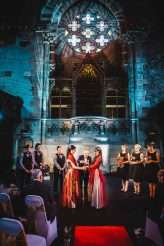 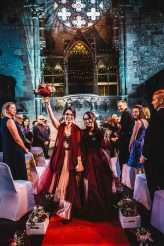 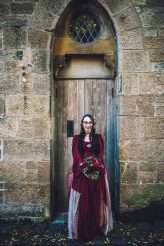 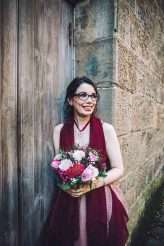 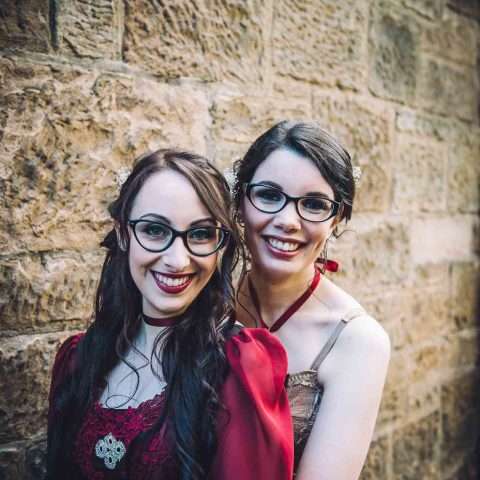 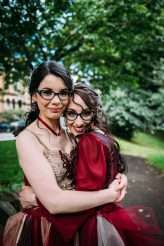 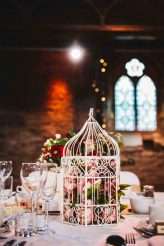 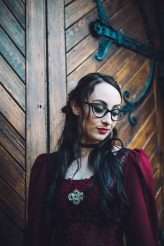 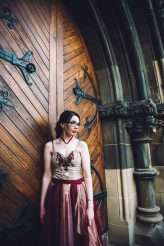 Lynne and Danielle were married in a marquee on Hengest Farm in Surrey. The wedding took place in May but as we all know, the British weather is anything but predicable and they had hailstones! Although they had to make some last minute changes, it didn't put too much of a dampener on the day, they still threw an almighty party and had the best time ever.

Just after we got married in 2008 I found out that you could get married at Pinewood Studios. I'm not going to lie, I was a bit gutted to have not discovered this out sooner, what could be better for a movie nerd than getting hitched at a film studio?! Luckily for Sally and Lisa, they weren't as slack on their research as I clearly was and they booked it for their wedding in September.