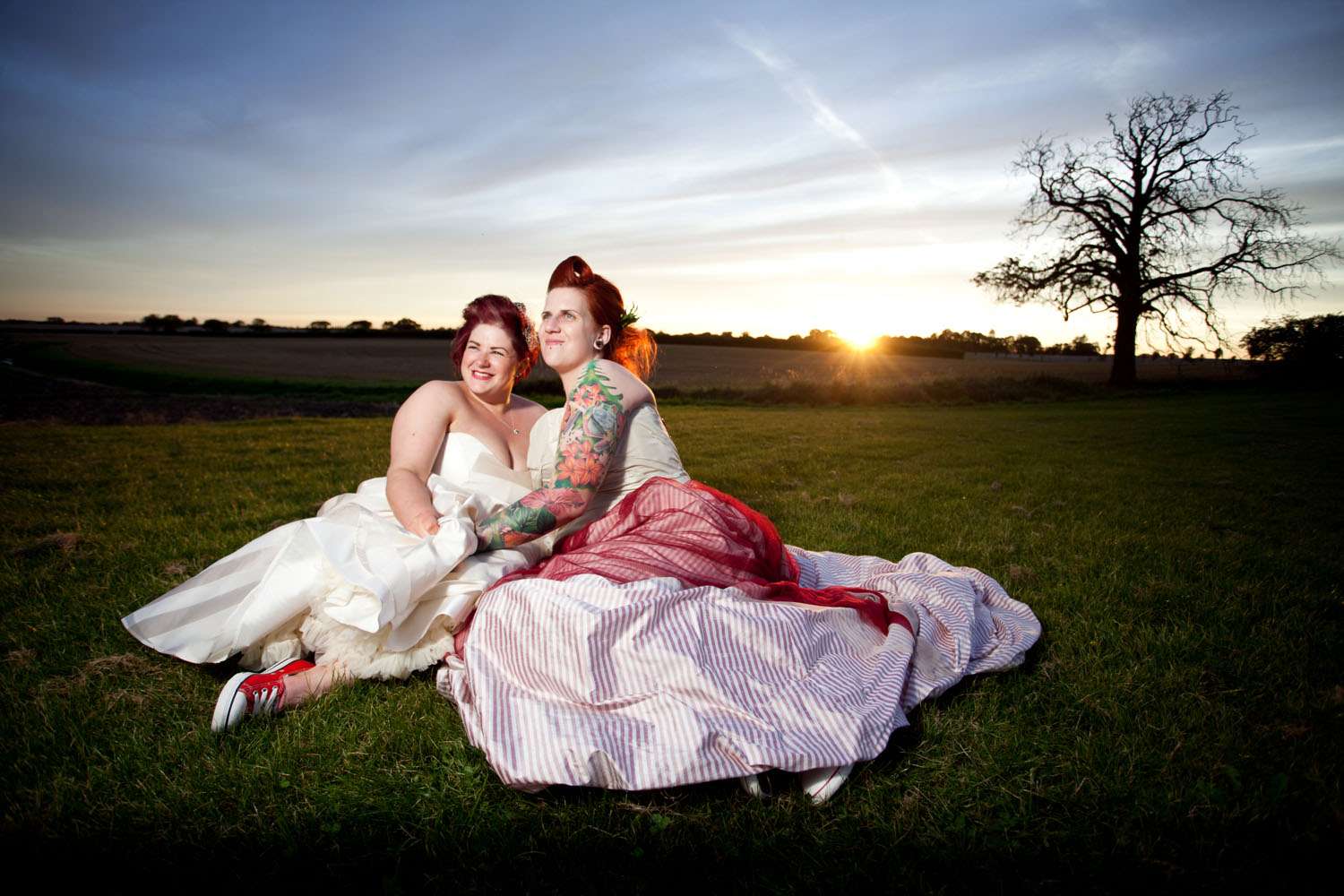 Natalie and Katie were married at the Priory Cottages in North Yorkshire. They chose it as they wanted a place that they could be for the whole weekend and that all their family and close friends could stay there too. The wedding was a real team effort, with lots of people pitching in to make it perfect. One of Natalie’s friends, Hayley Neil of Glory Days Vintage, made both dresses, another friend did the flowers, another the cake, and they hand crafted the stationery themselves. 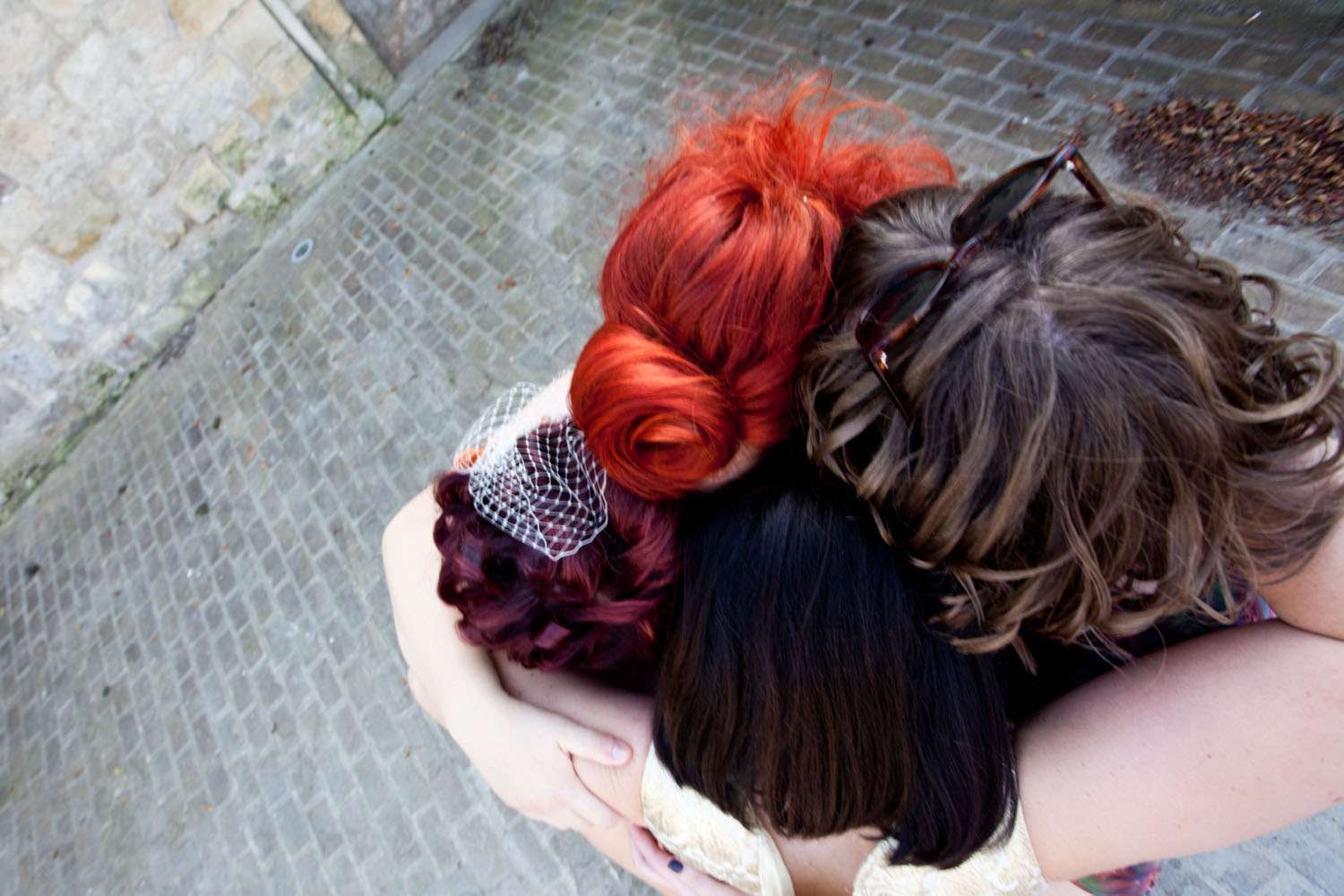 “We wanted a very casual wedding with an outdoorsy feel where everybody could feel very relaxed”, wrote Natalie, “In fact it was so relaxed that Katie’s dad, Kev, had his shorts on within an hour of the ceremony! The casual theme was reflected in everything from the style of the meal to the photography and the camping guests!” 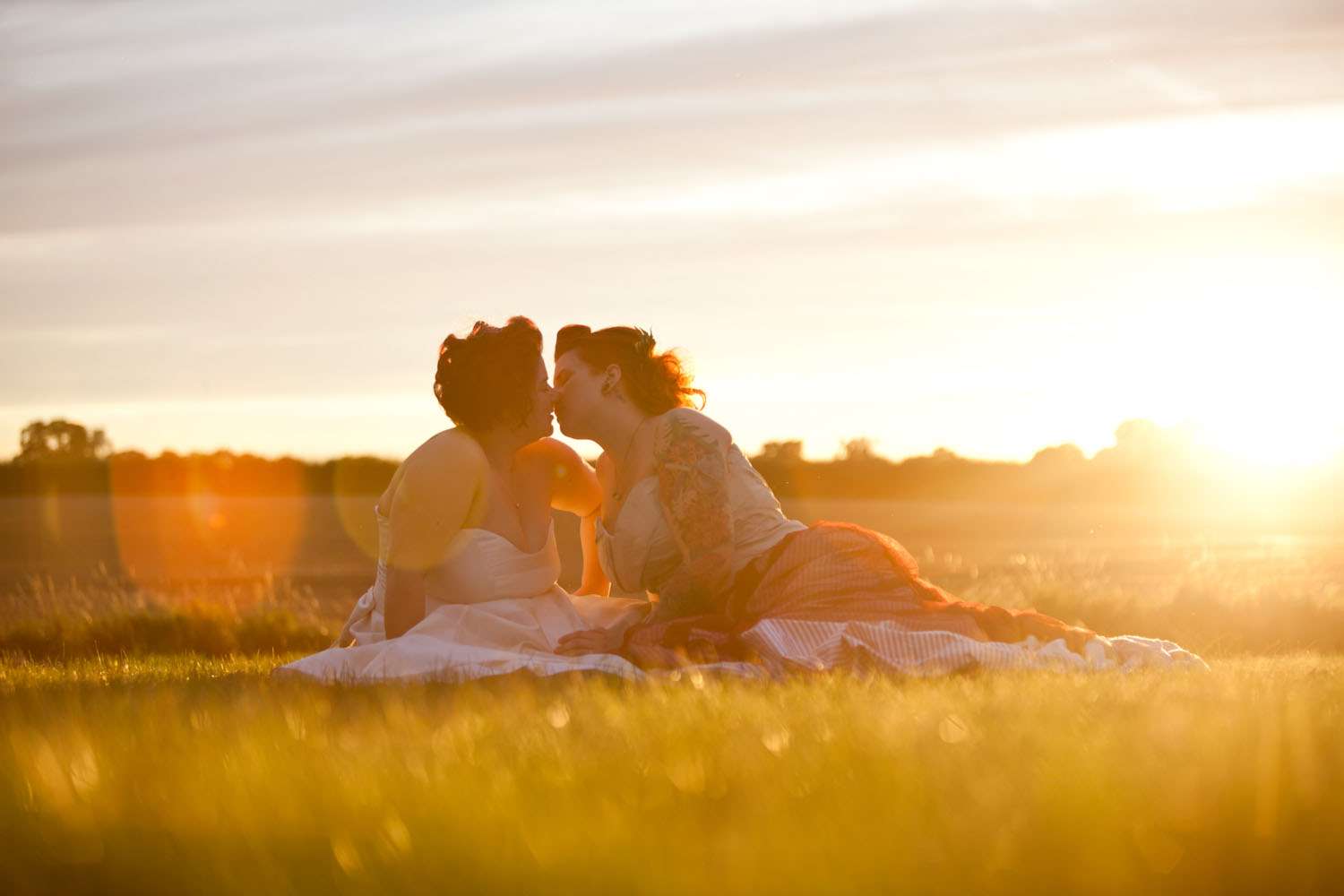 “We wanted our reception décor to be as simple as possible with natural fabrics such as the home made recycled jars decorated with hessian, twine and ribbon”, she continued. “Hay bales from the neighbouring farm with blankets and candles in lanterns provided a cosy outdoor area. With help from the mums and Katie’s sister, we painstakingly cut and stitched over 100 metres of bunting. The chutney and jam favours were all hand decorated to double up as the place names. We made the table plan from chunks of wood, blackboard paint and large metal hearts staked in the ground. The venue, tipis and location were all so beautiful very little decoration was required.” 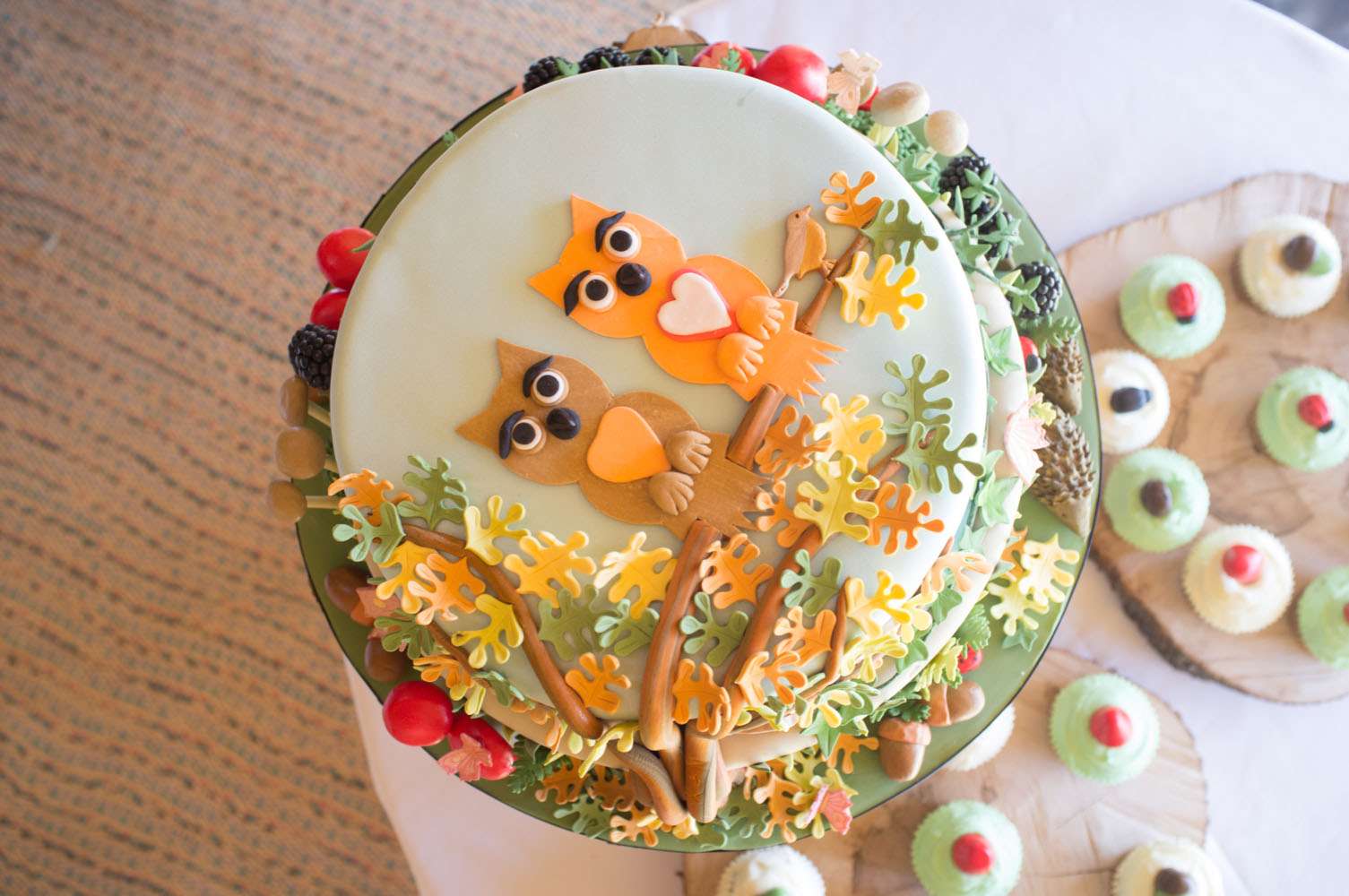 “Our favourite part of the day was just being with all of our most favourite and loved people in high spirits. I can’t think of one moment that wasn’t enjoyable. Weddings are great excuses for everyone to be together. The wedding also officially ended at 8am the next morning!” 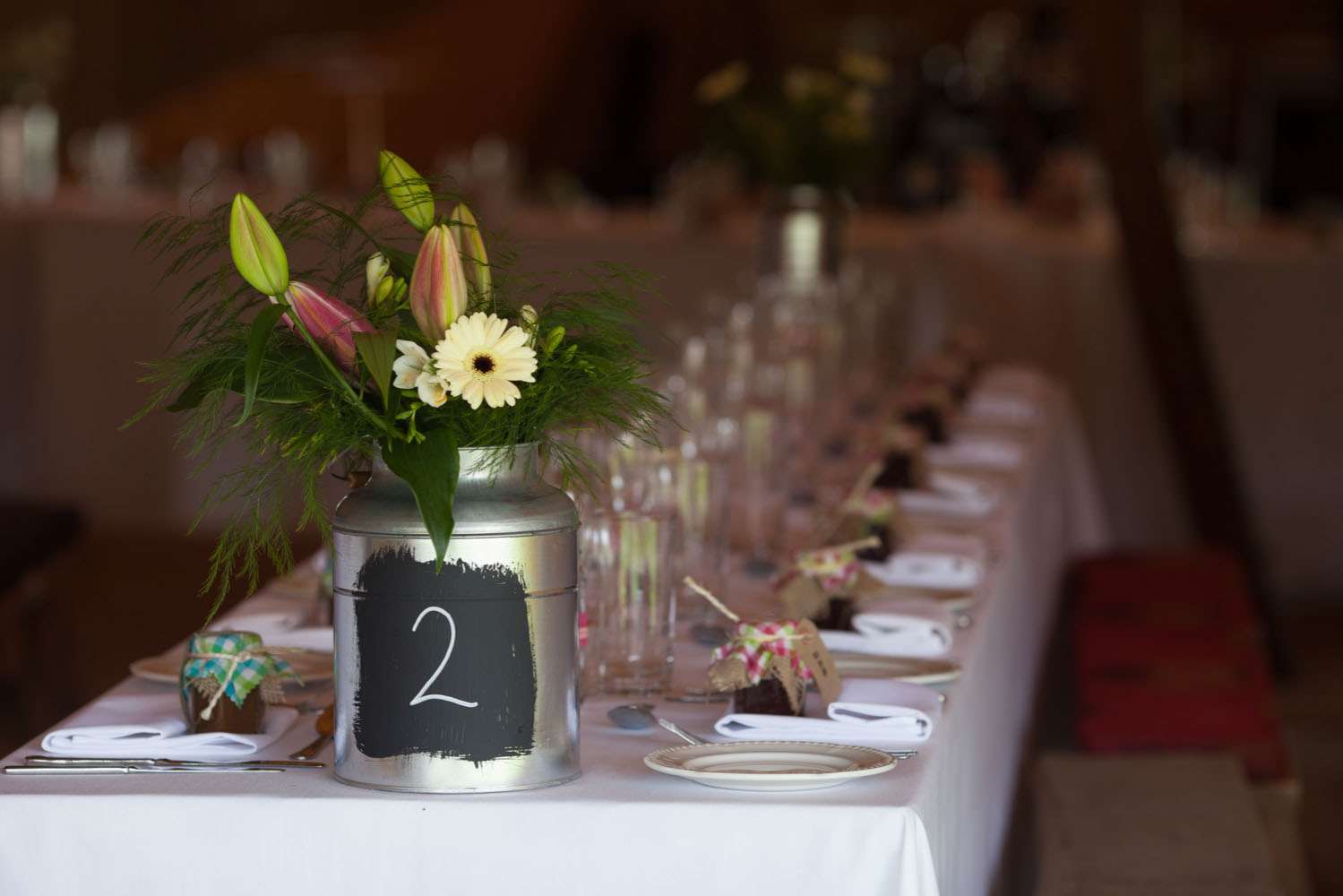 “It was a particularly ‘stress-free’ build up to the day but we both agreed that after the wedding we wouldn’t have worried about any of the small things”, she concluded. “When you’ve got friends, family and the person your meant to be with you really don’t need anything else.” 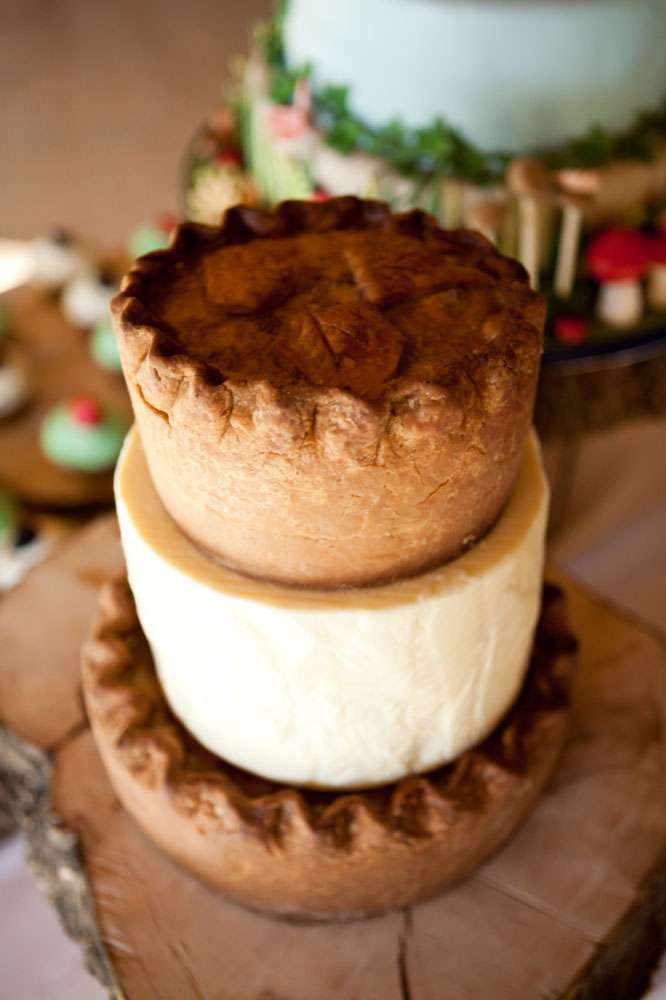 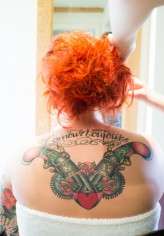 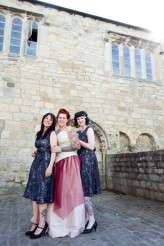 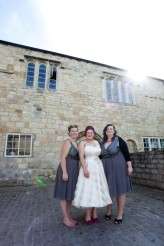 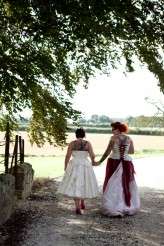 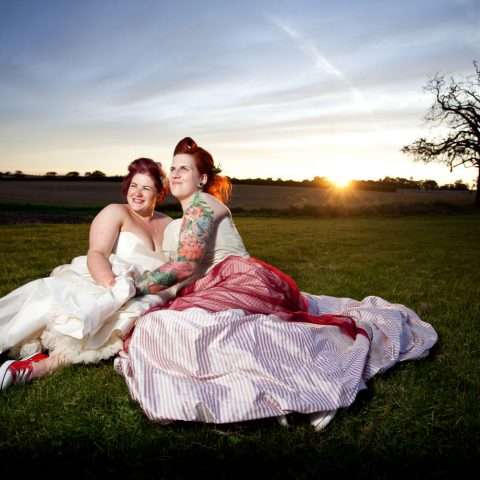 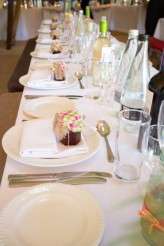 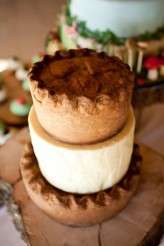 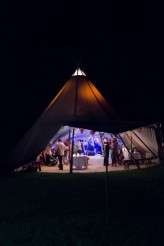