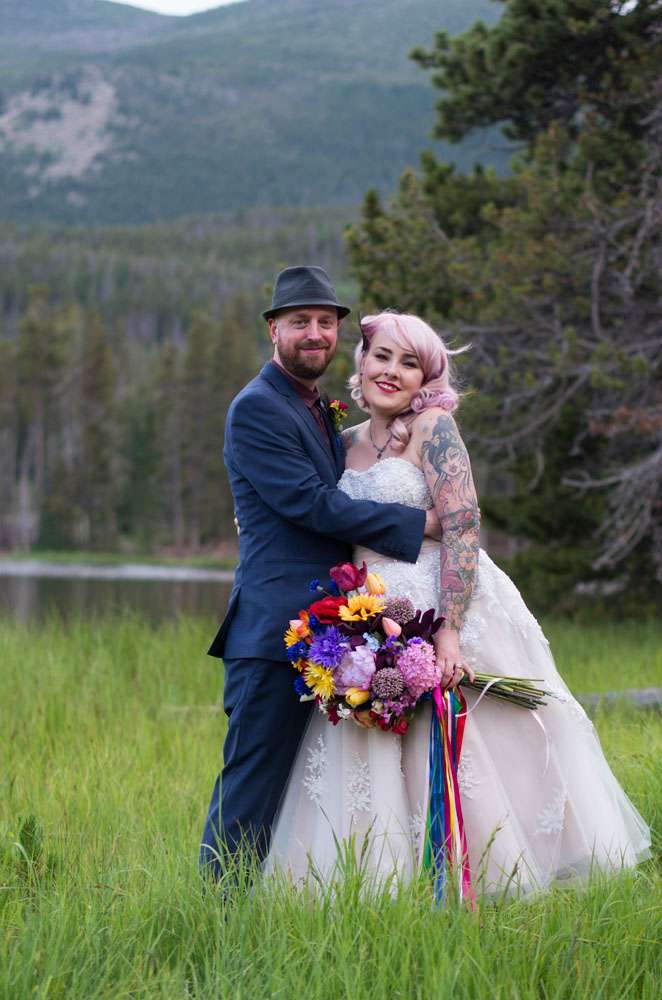 “Our main inspiration, for both weddings, came from our love of tattoos, comics and music”, said the bride. “It was just one big reflection of our personalities. We weren’t going to have a theme as such, but our love of comics and comic TV series and films did come through!” 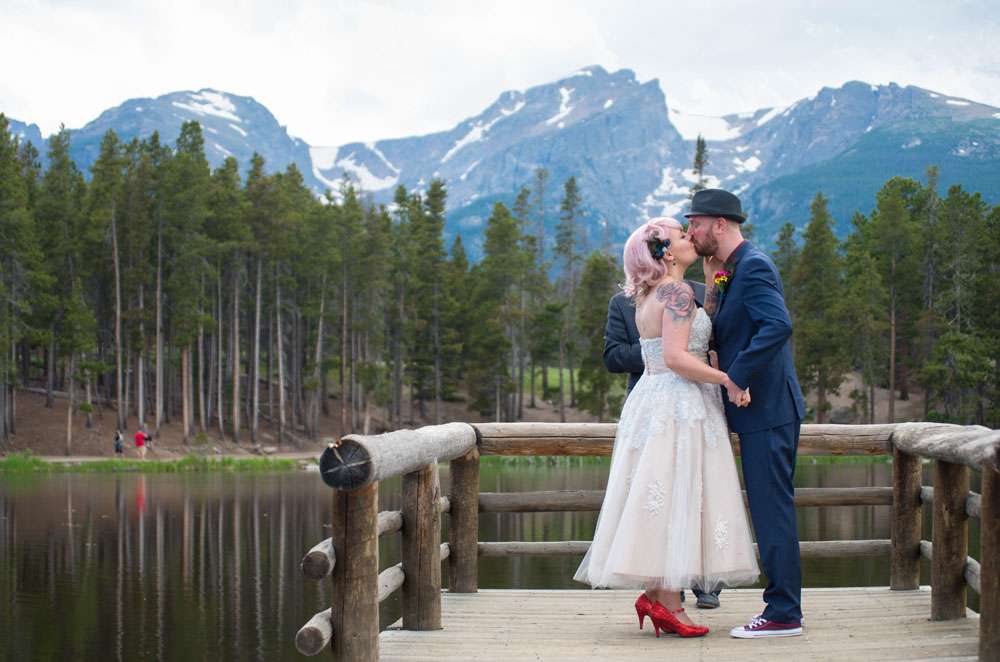 “We found it hard to do something that hadn’t already been done so instead we just focused on things that were special to us. For the wedding in the States, it was unique as we stayed at The Stanley Hotel where Stephen King wrote The Shining. We had our wedding dinner there too before the ghost tour around the hotel. It was such a cool place, they had a channel that just played The Shining all day! You could just imagine the twins walking the corridors. For the reception in the UK we did scrap a lot of tradition. There weren’t any speeches, we didn’t have a first dance (we bounced on space hoppers instead to our mate’s skiffle band!) and we didn’t have a table plan – guests grabbed a pie from a vintage van and sat wherever they wanted!” 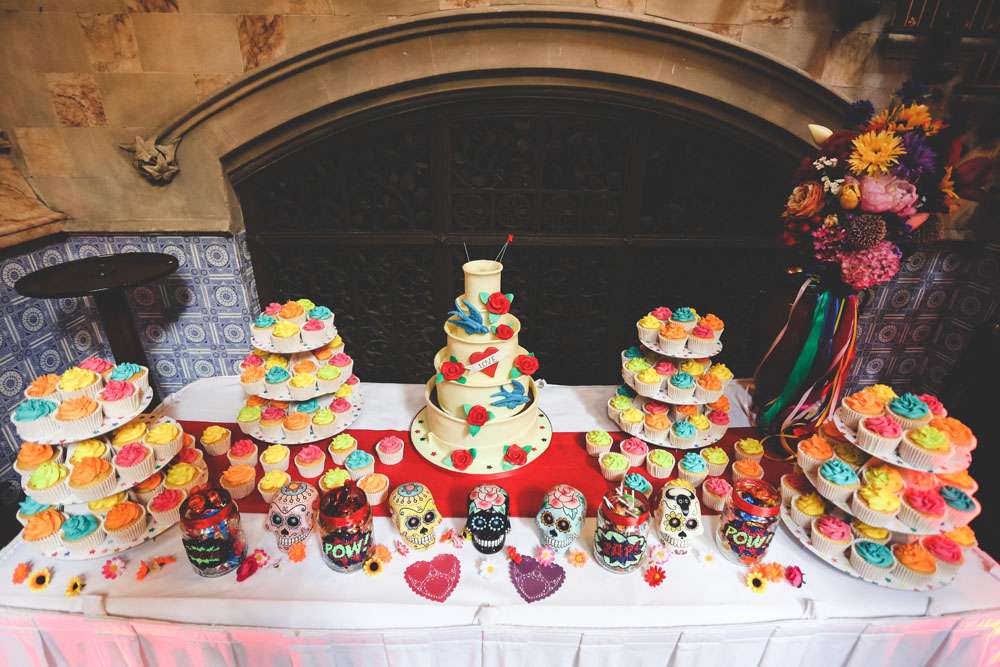 “Being a hairdresser, I have listened to a lot of my brides and grooms talk about planning their weddings and my husband working in events and music so together this gave us a bit of background information on what was in store for us”, she continued. “However nothing could prepare us for how intense it would be being the centre of attention. Having all the people you love in one place and trying to spend time with all of them is impossible. It’s so important to try not to let that stress you out as you end up missing your own big day. My advice to other couples now is always to just chill out, enjoy and people will come say hi.” 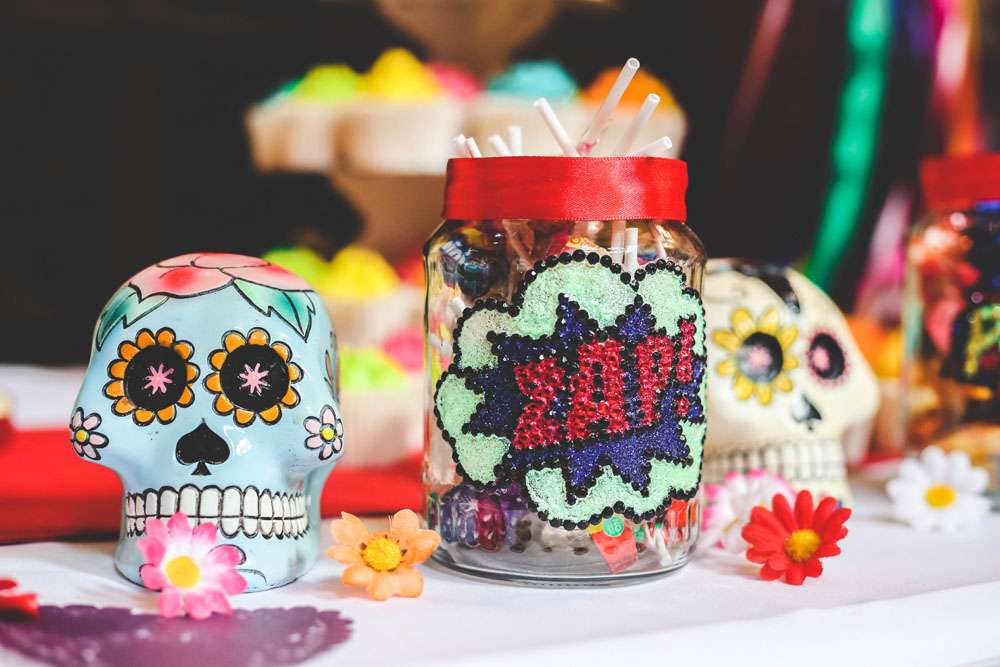 The legal ceremony was held overlooking the Rocky Mountains in Colorado. “It was a gorgeous day and the setting on the lake could not have been a better location. We had the Rocky Mountains around us and the sun was sitting low, it was really peaceful. I couldn’t stop crying as I looked at Andy, he was just standing there with his cute smirk on his face. We felt so happy after the ceremony, we had photos then went for a slow walk around the lake and absorbed the amazing scenery. It was really surreal.” 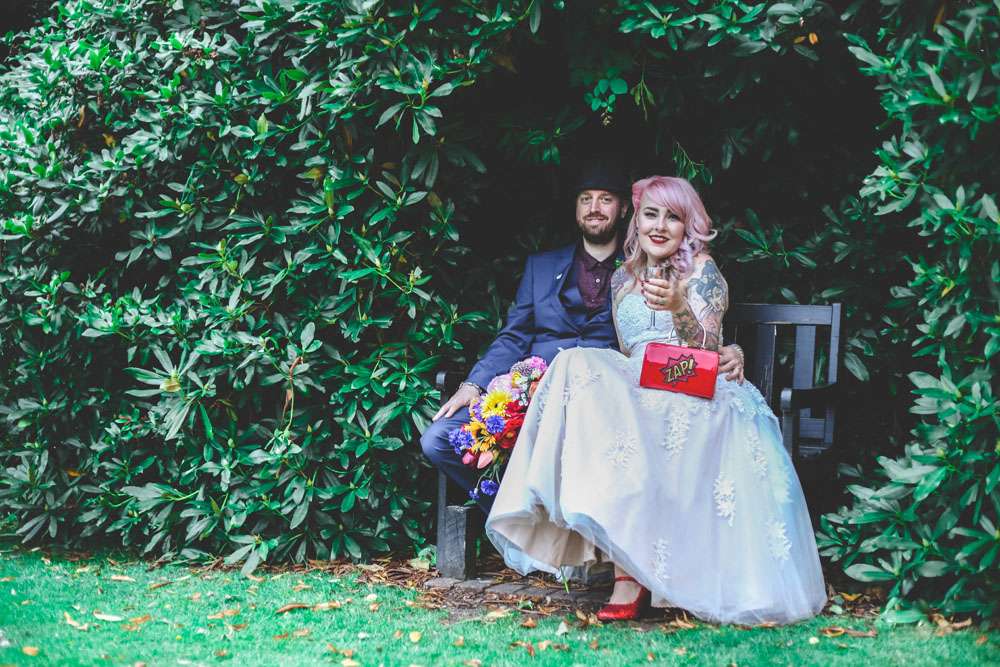 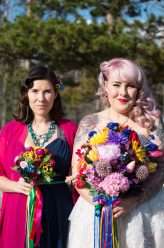 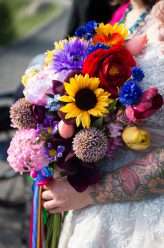 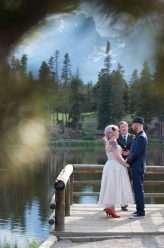 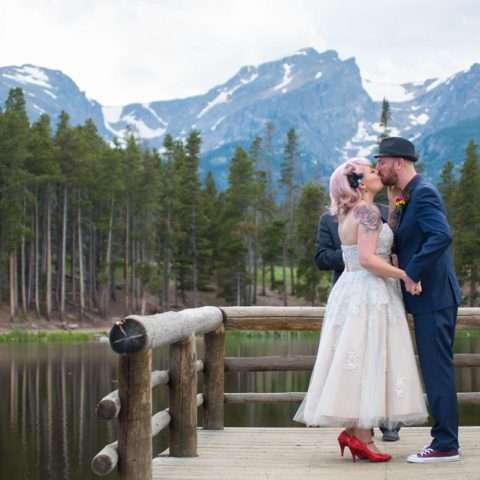 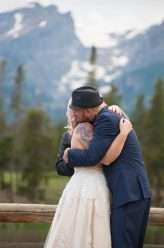 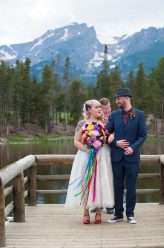 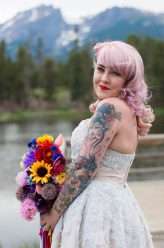 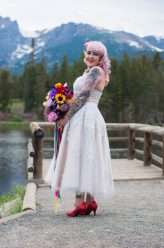 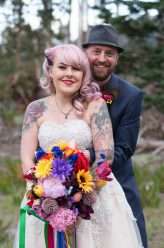 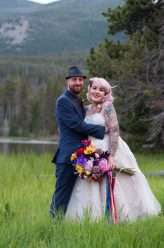 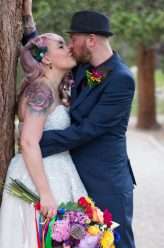 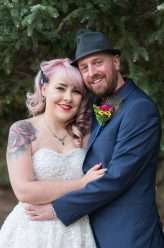 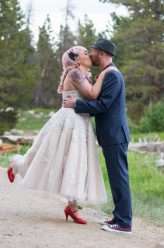 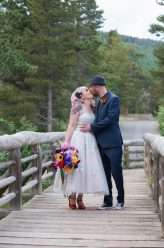 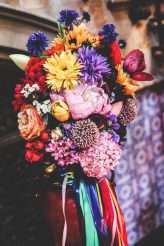 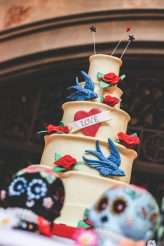 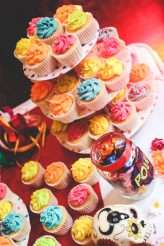 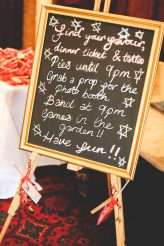 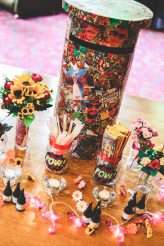 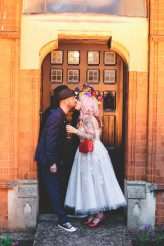 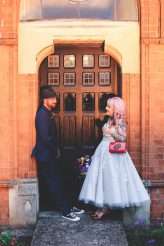 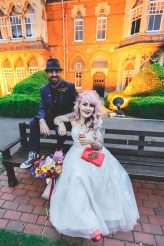 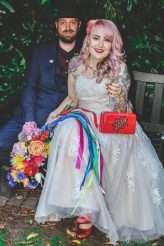