Char and Rob were married on a yacht in the San Francisco Bay. They had their ceremony on the deck, followed by the reception inside. The bride, a shoe designer, designed her own shoes which she wore with a stunning fishtail dress from Nicole Miller. The couple met when they were both playing in punk bands and this love of music and having an alternative lifestyle definitely influenced their day. 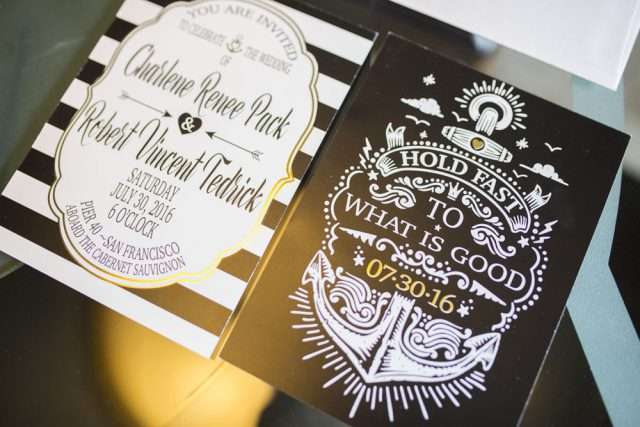 “I would say our wedding was Rock n Roll with a nautical edge”, Char began. “Aesthetically, we had the striped print concept and gold anchor detail which was fitting for a wedding on a yacht but also very reflective of our personal style. I have recently started my own company, a speciality women’s footwear brand called Charla Tedrick, and the core prints for my brand are black and white stripes. It’s kind of all over our house, actually! I’ve had a gold anchor surface piercing below my left eye for almost a decade… so obviously gold anchors would make an appearance in our wedding décor!” 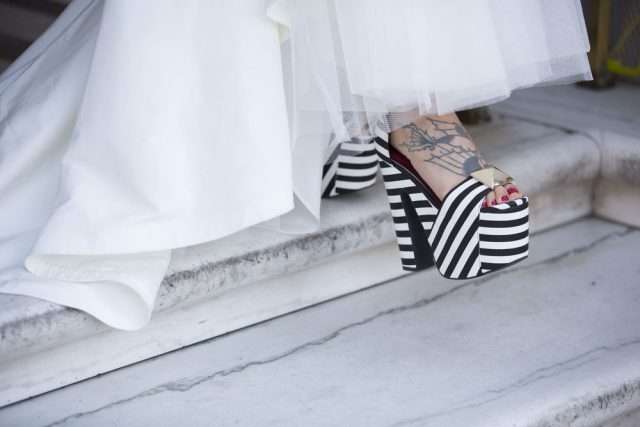 “Overall we wanted to create an event that was distinctly us. We focused a lot on the role music plays in our life together and tried to infuse that into our event in a tasteful way. We did all the design and planning ourselves and did tons of DIY. We felt like what we were able to put together was not only everything we hoped for, but something that our guests were really happy to be a part of with us.” 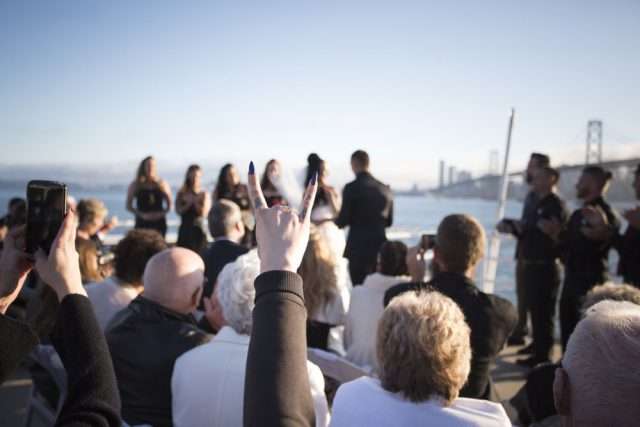 “Sharing our lifestyle of music and fashion with our guests was important to us”, she continued. “We wanted to create an event that shared that in as many elements as possible. From our music selections, the favours we created, the décor, the stripe and gold detail…. Our wedding basically looked like our home but on a fabulous yacht cruising the Bay! Guests entered the boat to the sounds of string covers of punk rock songs. I walked down the aisle to a live piano rendition of Skyscraper by Bad Religion and the whole dinner reception played our favourite punk rock music. From our skull and crossbones cake topper, to our customised 1” punk pins that the guys wore with their ensembles, we wanted our guests to take part in our lifestyle if only just for the night. The whole day was very personal, exactly what we aimed for.” 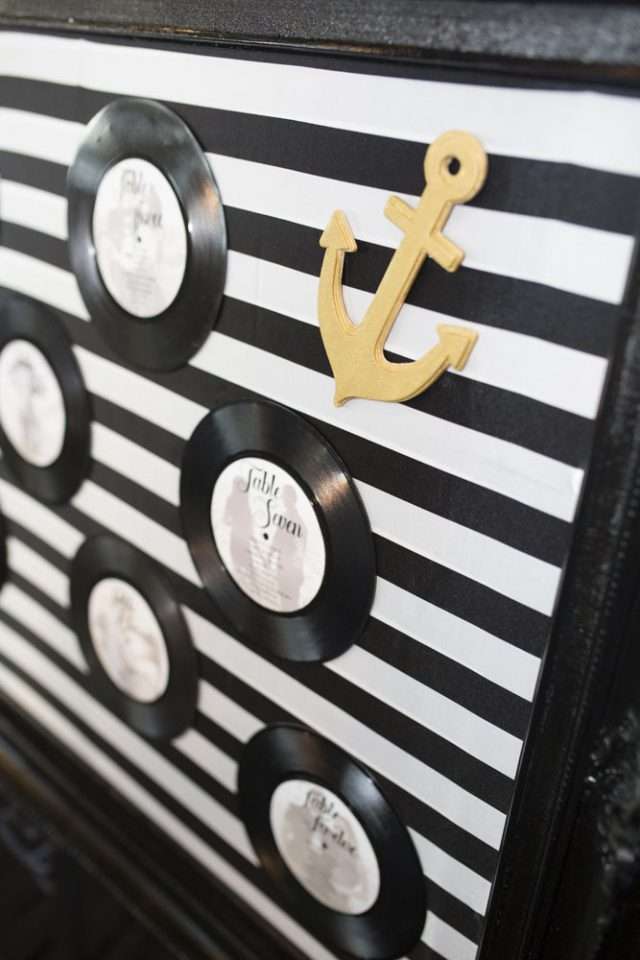 Their biggest expense was hiring the yacht, but it also included the catering, bar and ceremony. Saying their vows overlooking the San Francisco Bay was the bride’s favourite moment. “I’d have to say the ceremony was the best part overall. Everything from the anticipation, the scene itself and being able to share our most intimate feelings in front of our friends and family made it really amazing. It was exactly how we dreamed it would be.” 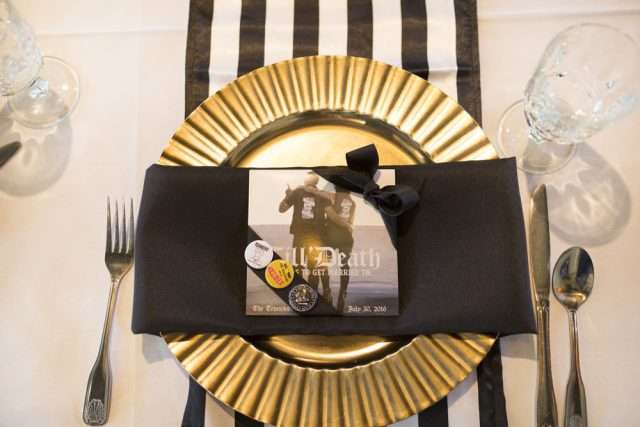 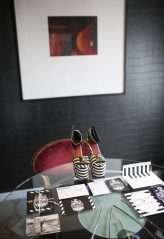 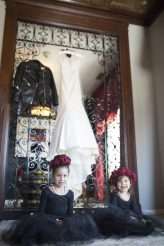 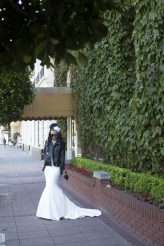 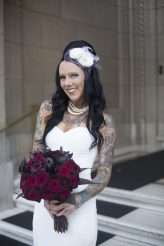 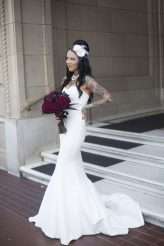 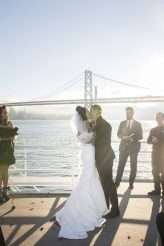 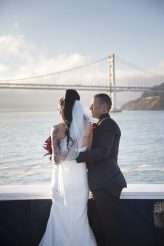 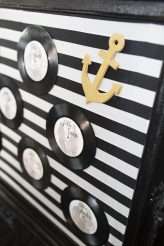 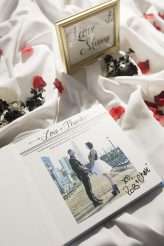