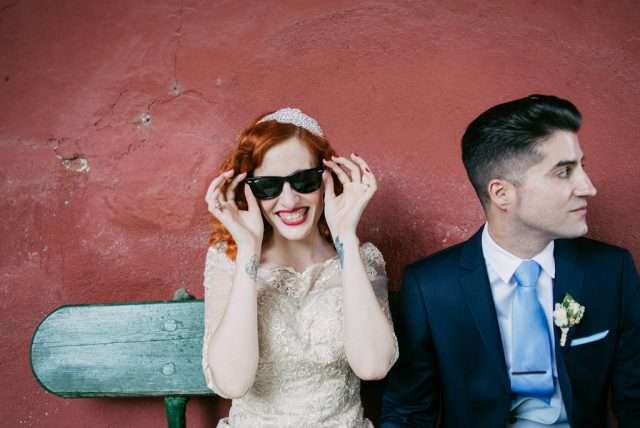 Spanish-born Vero and Agus had been living in London for five years before their wedding so they wanted to bring a bit of ‘Britishness’ into their wedding back home. They chose their venue, Jardín Müller in Granada, because it reminded them of the gardens in the UK.

“Our wedding theme was shabby chic”, said the bride, “and I got a lot of ideas from wedding blogs. I wanted the wedding to be a celebration with family and friends.” 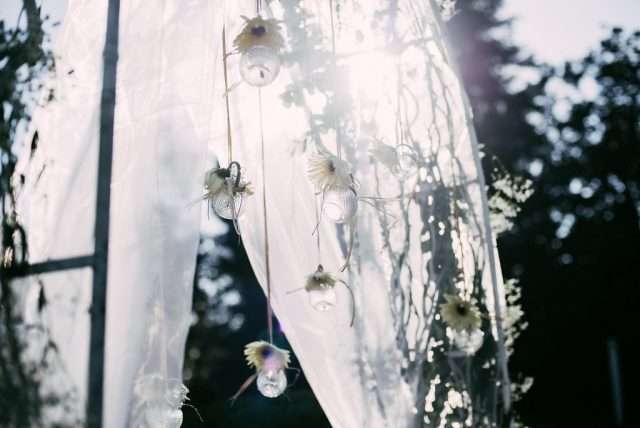 “On the day, everything was perfect. Time flew from the morning to the night. There were so many unique moments: the time I spent with my sister in the hotel, the arrival to the gardens, that moment when Agus saw me, our proud and happy parents, the excitement, the happiness, the tears… It was a magical day.” 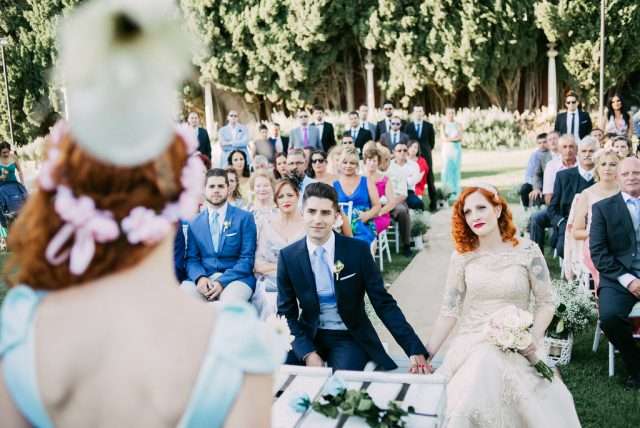 Their biggest cost was feeding everyone. “Our guests still talk about how great the food was today!” she laughed. “That was what we wanted. Our wedding day was a day to remember. We wouldn’t change a thing about it. Everything went as we wanted. It was a perfect day.” 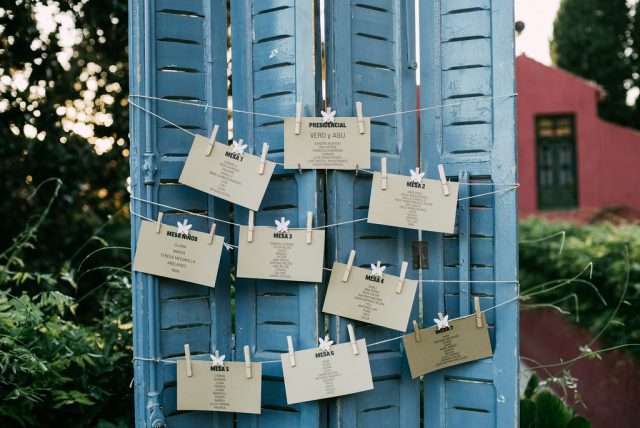 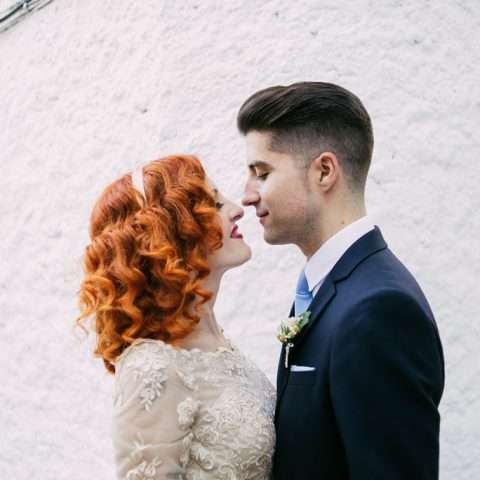 Woodland Party Wedding with A Basketball Tournament, A Pop Up Tattoo Studio & the Bride in a Fuchsia Cape

If Little Red Riding Hood was a Rock n Roll bride and got married in 2020, we're pretty sure her wedding would look a little something like this. Vero and Oscar (who were actually married pre-Covid in the summer of 2019) live in Barcelona and got married at Arborètum Mas Joan, a 12th century farmhouse where the owners' family has lived since 1710.

Bohemian Wedding in Italy with a Muted Colour Scheme & Beer, Pizza and Burgers

Meeting 16 years ago in a local pub, Caterina and Ronny kissed – and then never left each other’s sides. They wanted a completely unique wedding that reflected them as a couple, rather than sticking to Italian tradition.