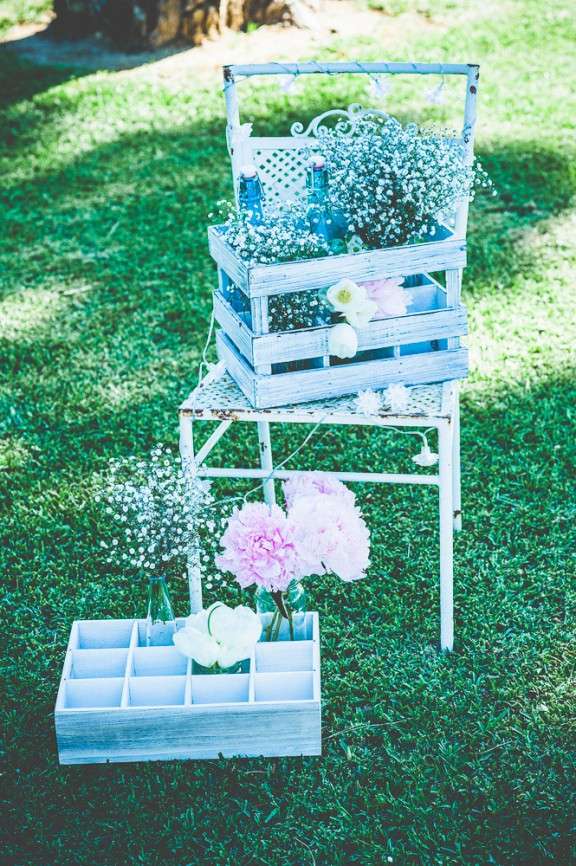 The wedding was held at La Masia Blanca Can Badia, a few kilometres from Barcelona and right on the coast. The bride, a chef, had a very strong idea of how she wanted the wedding to look and feel. Obviously she took control of all the food and drink but instead of doing everything by herself she asked her friends who are set designers and stylists to help. Mary & Lydia of Malgenio Workshop pulled together all the décor and paper goods. 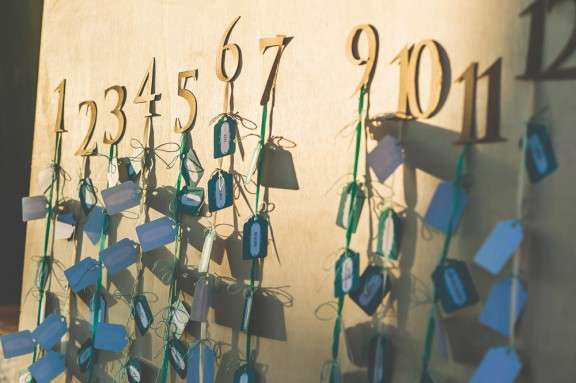 The wedding wasn’t over-styled, but had a subtle Navy theme. Both Julieta & Christian grew up near the sea and so this was an idea that appealed to both of them. The stationery had an anchor motif, there was a blue ship’s wheel hanging above the ceremony site and they had little stitched felt badges with anchors on as favours. “I was born in Mar del Plata, Argentina and Christian in Barcelona”, the bride began when I asked her about the theme of their wedding. “We both lived near the sea. Christian loves surfing and I love all the Navy themes. For the wedding invitations we decided to have an anchor with the first letter of our names designed. We then carried this through to the rest of the wedding with all the small details and subtle touches. We had a blue colour palette for some of the details but it wasn’t totally regimented.” 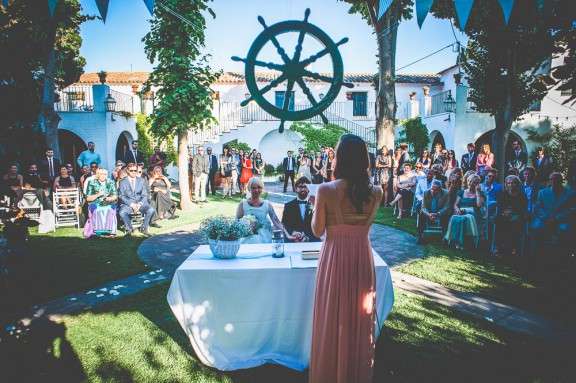 “Our favourite thing about the wedding was the live music show”, Julieta concluded. “It was so fun and  all our friends even did a special dance for us as a surprise!” 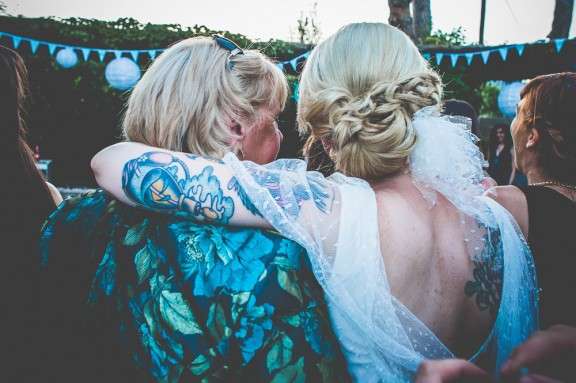 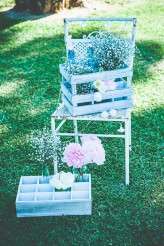 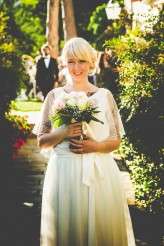