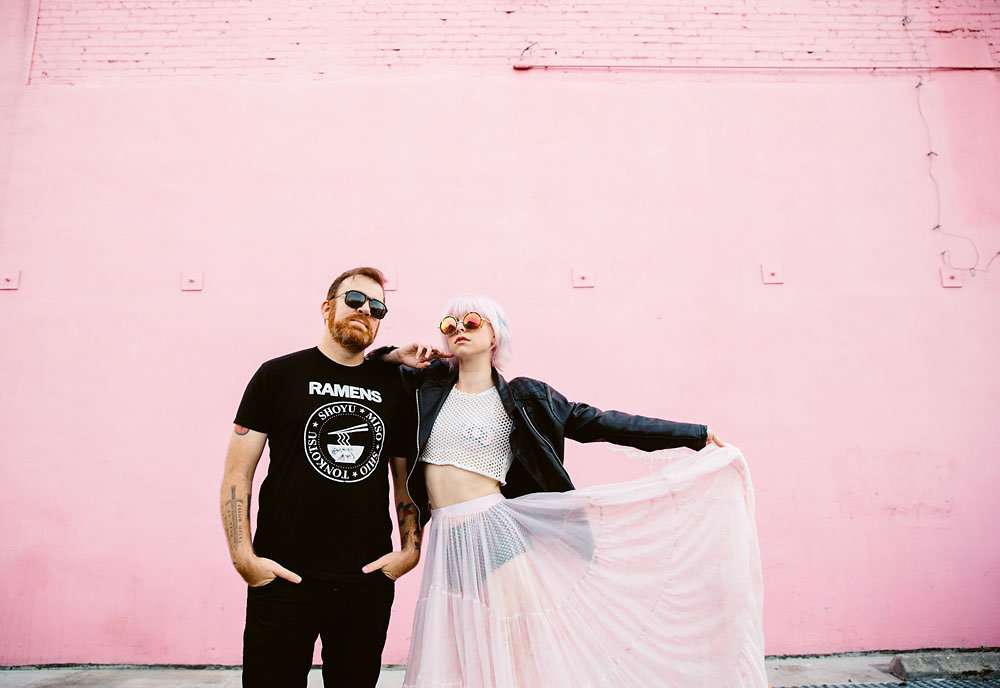 Augusta and Linus are the type of couple I started Rock n Roll Bride for – fearless, bad ass, creative and seriously in love.

“The inspiration for this shoot came from the bride-to-be, Augusta”, explained Los Angeles photographer Jenn Emerling. “She wanted to capture the grit and glamour of Hollywood since she and Linus love the wild, creative energy of the city, and feel so at home there. Since they’re both artists (he’s a musician and she’s a writer) that are big into Rock n Roll – and also self-proclaimed weirdos – they wanted photos that would capture their quirky relationship and the vibrant Hollywood essence.” 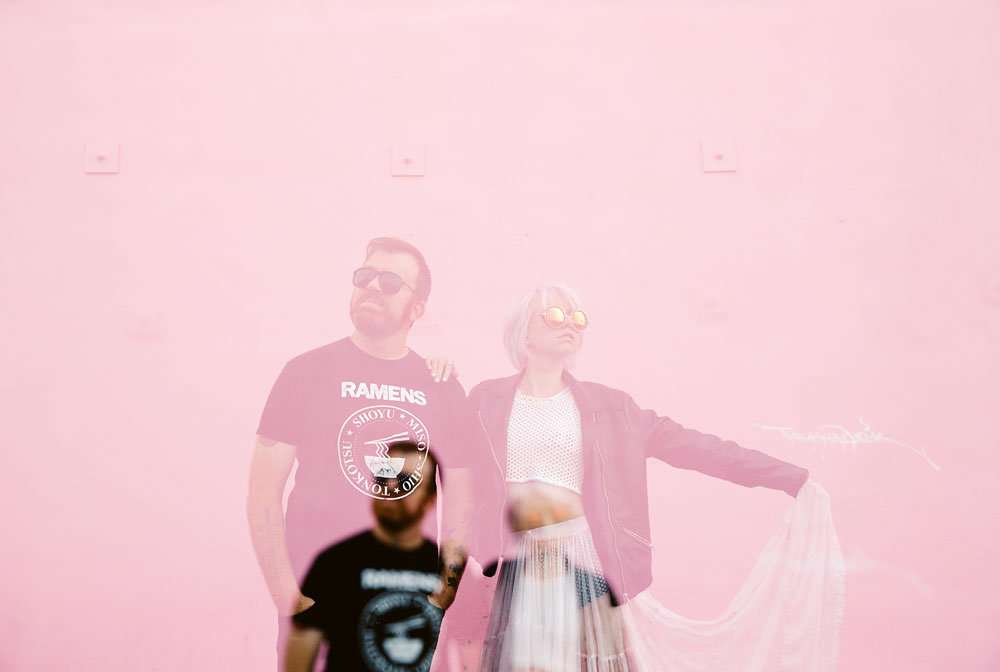 “As far as the fashion goes, Augusta was aiming for a vibe – cute with a punk rock feel, edgy with a touch of sweetness. She says: ‘I’ve always felt like such a mix and mess of styles – I like the juxtaposition of grungy and girly, cutesy and bad ass. These outfits are totally things I’d wear on a day to day basis – giant platform shoes, see through skirts, Hello Kitty pasties, vintage tees.'” 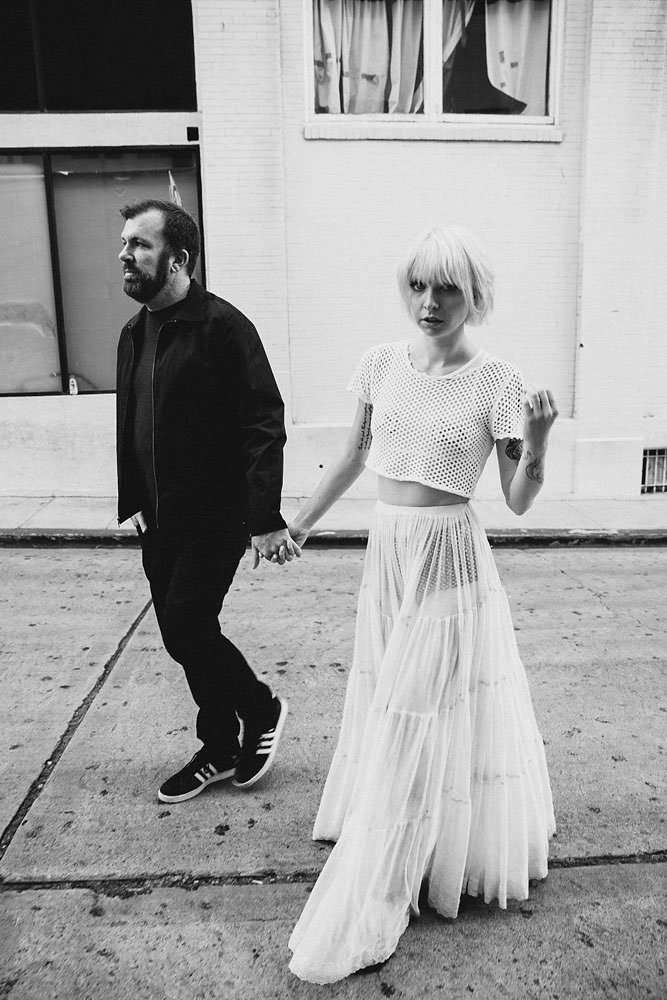 “For this shoot I knew I wanted to emphasise all the colour and edginess I see around Hollywood Blvd, while still letting the Rock n Roll coolness of Augusta and Linus shine through”, Jenn continued. “Normally I wouldn’t use an on-camera flash for engagement photos, for example, but by using it in their pictures I feel like it compliments the Hollywood star culture you often experience here in LA. I’ve been experimenting with double exposures for a while now, and tend to play with this technique especially when I photograph fellow artists as I know they can appreciate more surreal / abstract visuals. Otherwise my approach was mostly documentary style and I just let Augusta and Linus be themselves and get playful with it.” 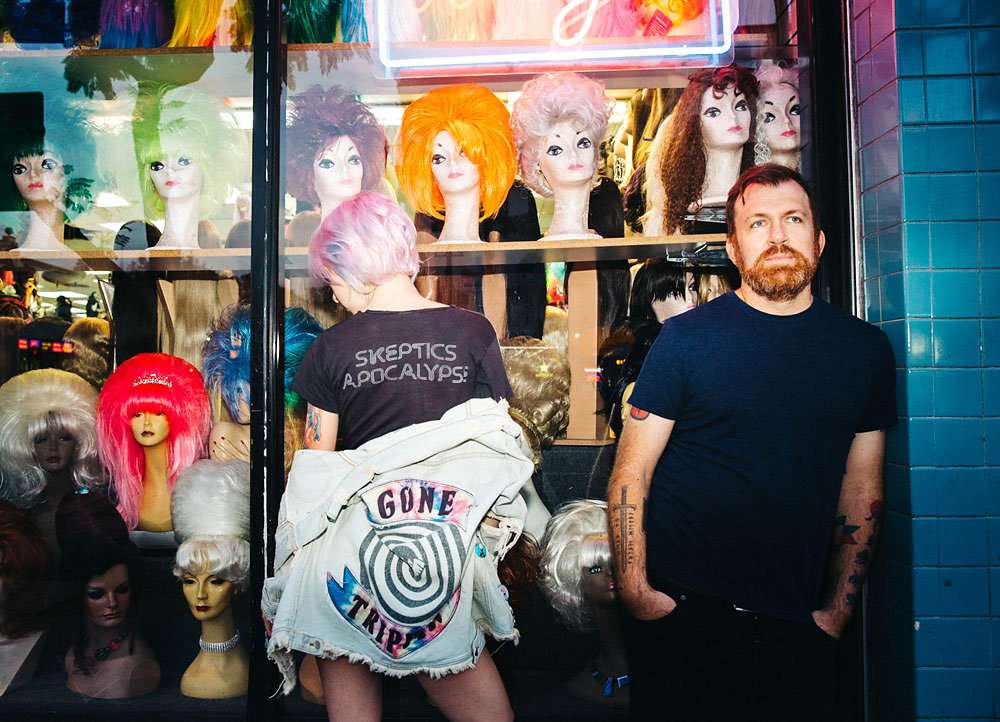 “”I hope that our shoot encourages other brides to throw caution to the wind!” Augusta concluded. “Don’t feel like you have to do anything that doesn’t feel 100% YOU. Wear what makes you happy, go to the places you love, and just have fun hanging out with your significant other. There are no rules when it comes to engagement shoots!” 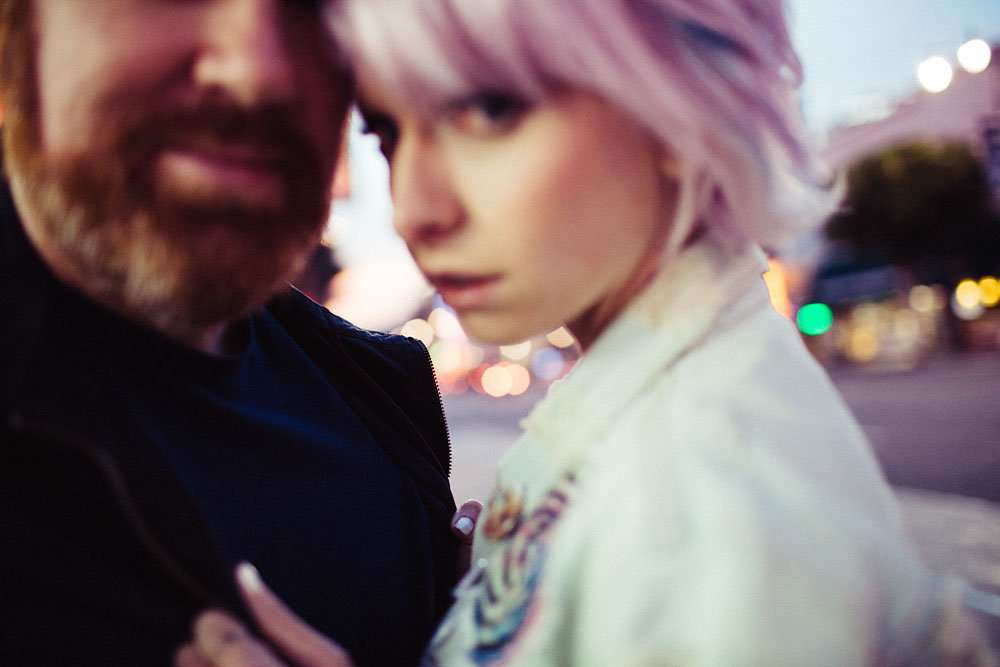 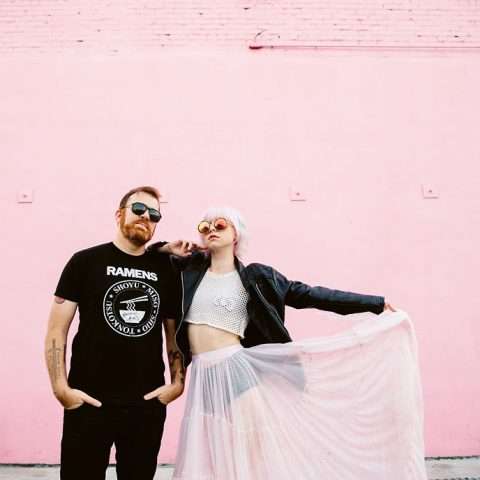 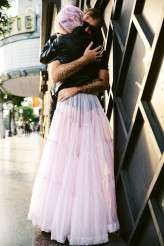 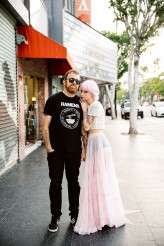 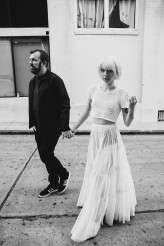 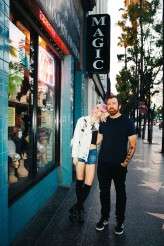