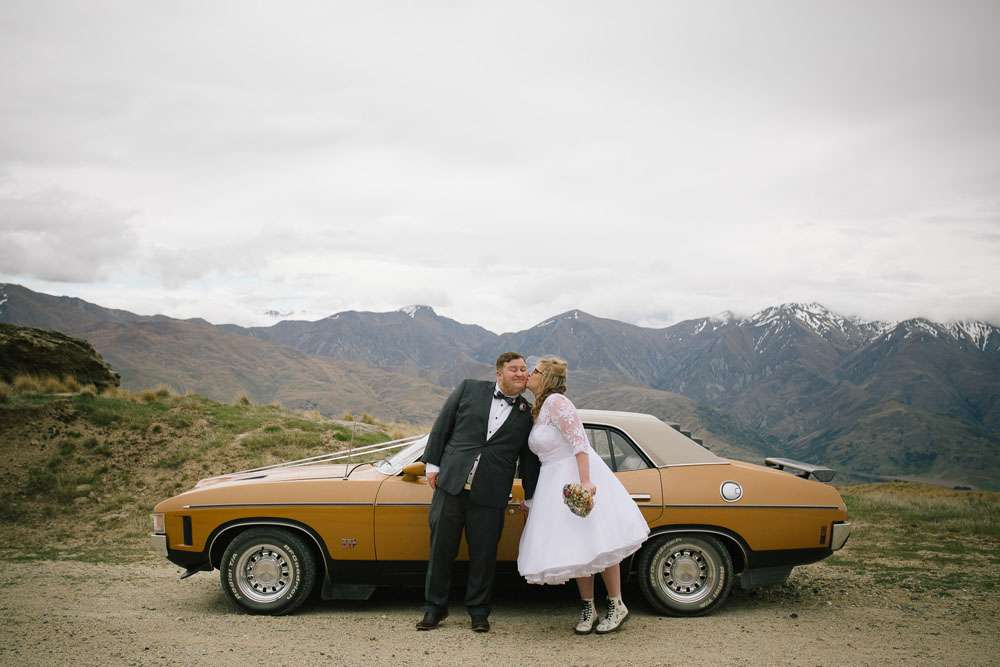 Whitney and Craig were engaged on their nine year anniversary and married on their tenth. The wedding was held at one of New Zealand’s oldest hotels, The Cardrona, situated between Queenstown and Wanaka.

“Our theme was ‘Rock n Sparkles’,” began the bride. “Those two things pretty much sums us up. We have a deep love of rock music and I have a deep deep love of all things glitter. We also absolutely LOVE LOVE LOVE skulls and had white skull confetti up the aisle and scattered on the tables. I randomly stumbled across it five days before our wedding in a Halloween sale and I had to have it! I bought them all up for $1.50 a bag.” 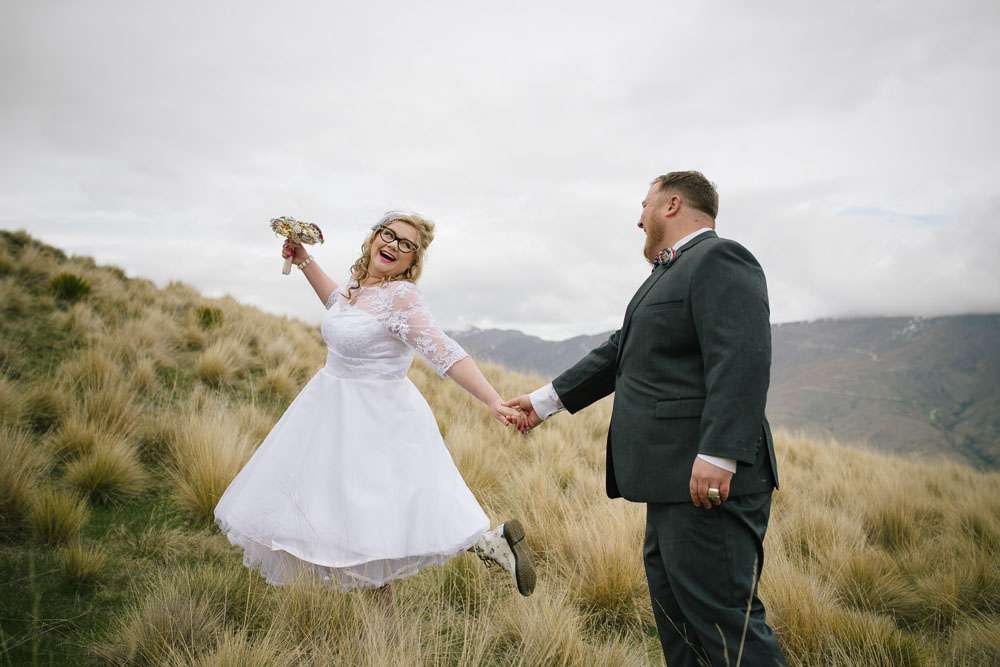 “One of the more unique things about out wedding was that we had a surprise wedding party of fourteen. Seven surprise bridesmaids and seven surprise groomsmen. None of them knew they were going to be in the bridal party until about half an hour before the wedding! They all wore their own clothes and they looked great even though no-one matched.”

“Another surprise was our ceremony music. As I said we’re both really into rock music so my entrance song was Astronomy by Metallica, the signing of the register song was I am a River by Foo Fighters and our recessional song we left to was The Game by Motorhead.” 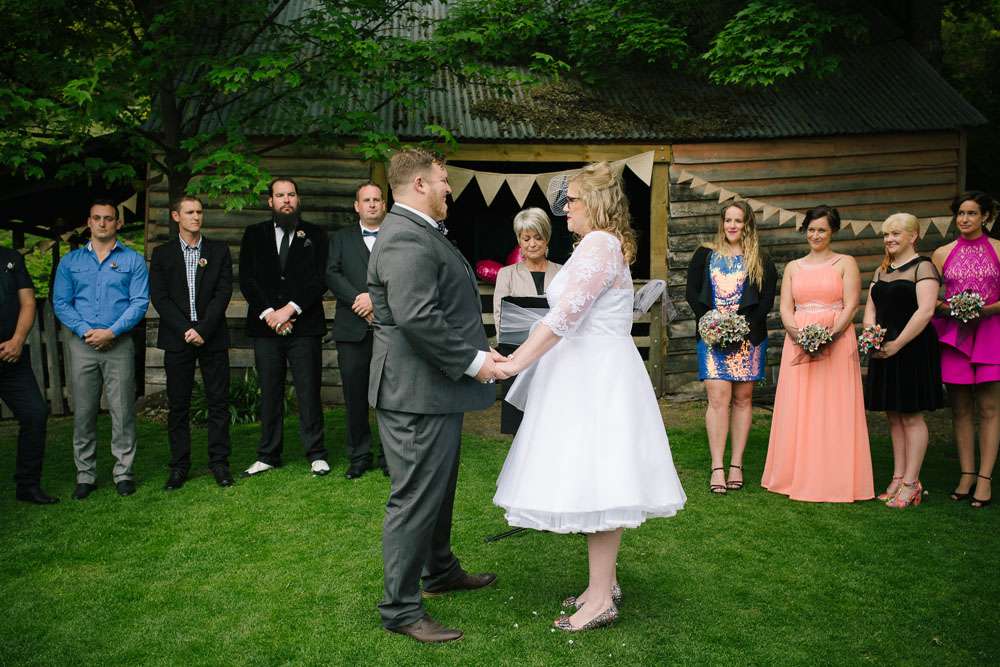 Whitney created her own bouquets, and the bridesmaid bouquets and buttonholes were made with help from her mum. Hers was made of brooches and the bridesmaids’ were made of paper roses made from Marvel comic book wallpaper! “My brooch bouquet was a real labour of love”, she said. “It took me eight months! I’m pretty sure every single friend and family member of ours had something to do with it because they all hunted for lovely brooches for me. Even my work colleagues and parents friends kindly donated brooches to help create the hefty masterpiece! A lot of hours went into that bouquet and I will definitely treasure it forever.” 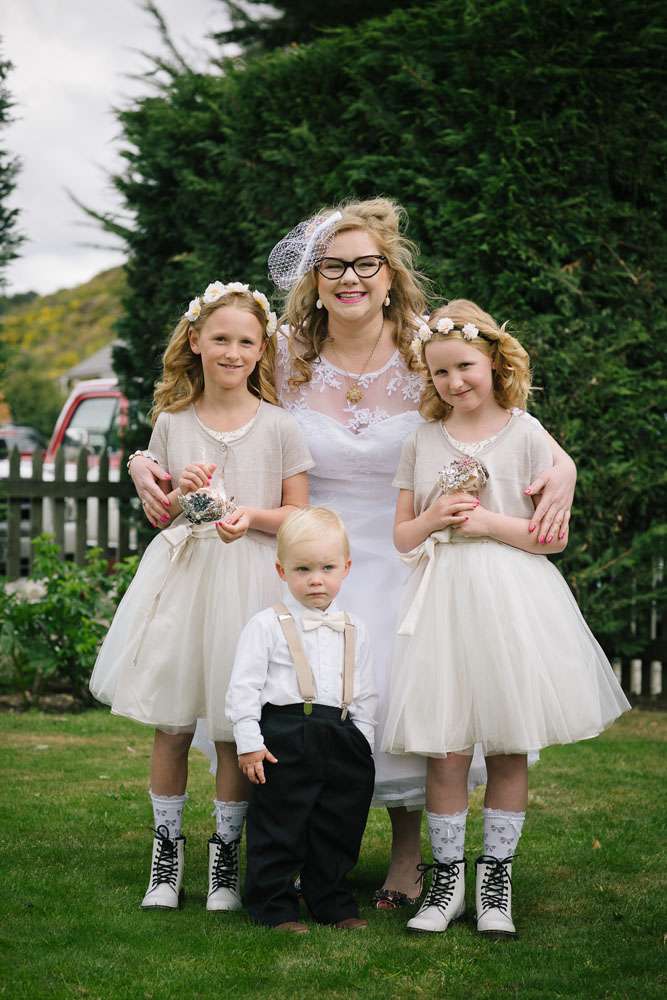 The biggest expense was hiring the venue, but they saved by not having any real flowers and by having homemade décor. “Another of the surprises on the day was for us! All of the decorations were put up by our family and friends and we had no idea how they were going to be set up, we gave them everything still in their packaging. We were totally blown away by it. It was such a great combined effort and we were so grateful for everyone’s help in the lead up to the wedding. My mum surprised me by putting old family photos on the piano. I only realised just as I was about to walk up the aisle with dad, It made me get teary and it was very lovely.” 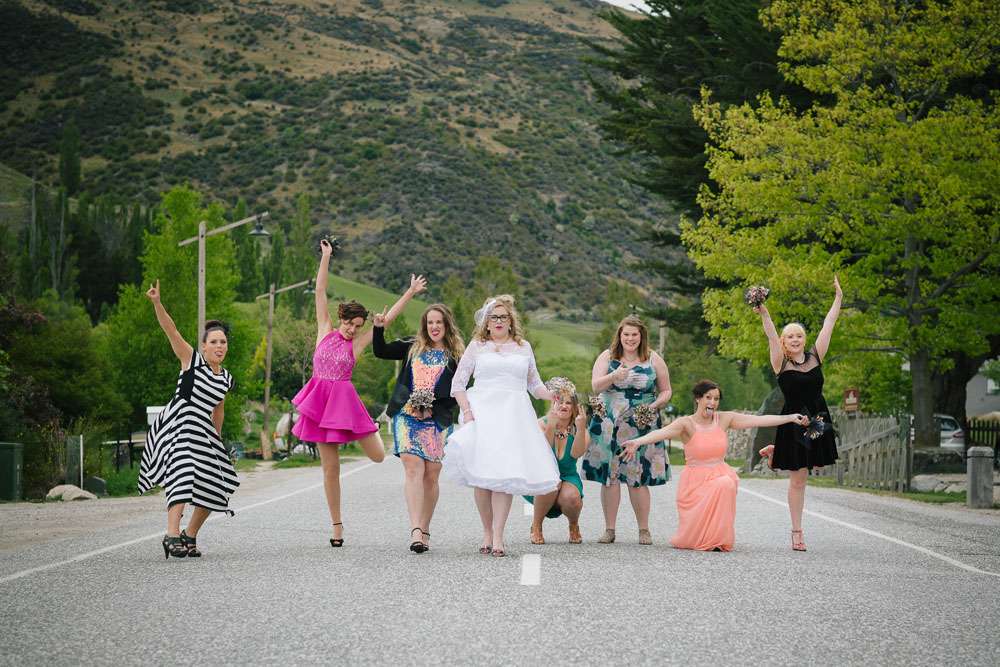 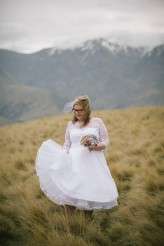 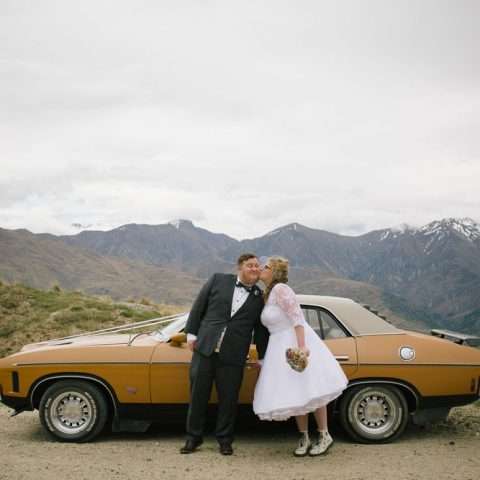 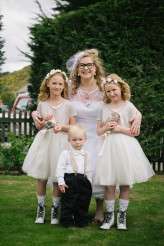 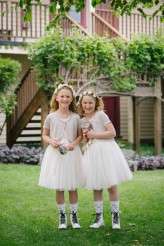 Matt & Kellyann had a homemade wedding in the historic Colonial Dame, a mansion in Philadelphia. The DIY details included the escort table, some decorative pinwheels made from origami paper, the chalkboards, the ring bearer's book (an actual book instead of a cushion - inspired by The Clash's Combat Rock album art, and as a nod to Kellyann's bookish nature), the printed napkins and the invitations.