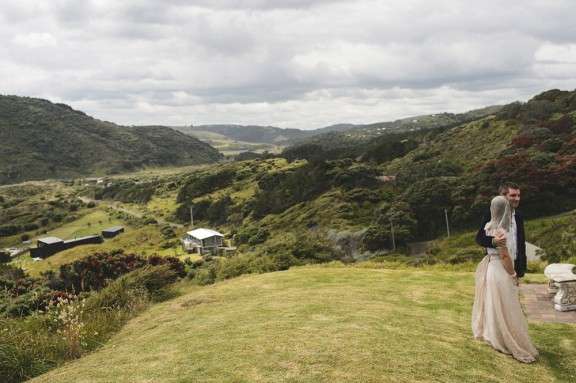 Simon & Amonné were married in Auckland, New Zealand in December. They chose Bethells Beach Cottages as their venue, with it’s stunning views and perfectly unassuming laid back vibe. “After looking at several venues on Waiheke Island, we found a beautiful venue. But the day before we went to formalise the booking it was snapped up”, explained the bride. “Heartbroken, we came home, I went to sulk and Simon jumped online and found this little slice of heaven. Not only was it breathtaking, but it also looked out over the beach where we had our first kiss. The venue became the canvas on which an unforgettable day was painted. The wildness of the Auckland West coast and the black sand beaches made for a memorable sunset and was our view from where we said ‘I do’. The venue had three cottages and we stayed on before and after along with close family.” 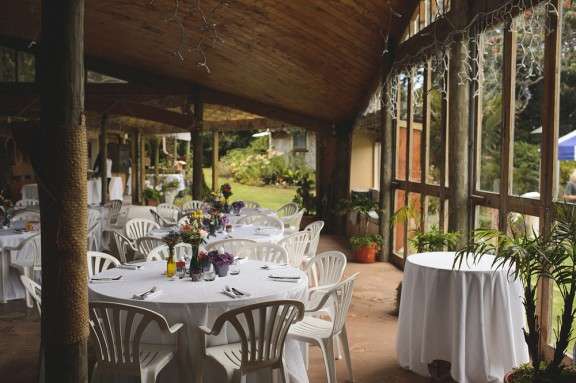 “Our theme was ‘casual'”, she continued. “As this was the second time around for both of us, we did not just have a wedding, we involved both our children in the ceremony and we became a real family. With several kids in our circle of friends we decided to make this day as family friendly as possible. We had no seating plan, no aisle to walk down, no cutting of the cake or place cards. We had our friends and family involved and mos of them played some role in the day’s proceedings (amazing flowers, wonderful celebrant, music, photographer). We had child minders, a bouncy castle and the ceremony started early in the day, which meant almost all our friends were able to be part of our day.” 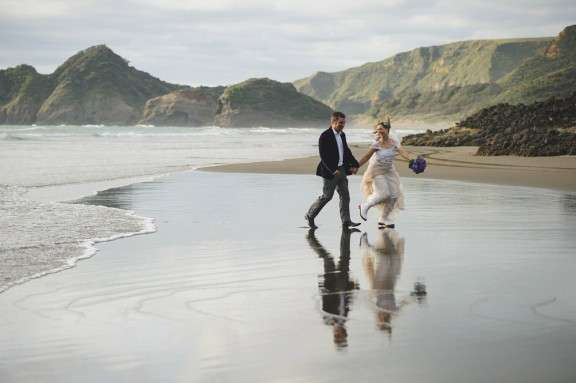 Amonné wore a wrap around skirt, a white lace trimmed top and a long veil, all from A La Robe. Hidden underneath her bohemian get up was a pair of white Dr Martens complete with diamante encrusted angel wings! “Another highlight of the wedding was the my white Doc Marten boots with angel wings down the sides! I had them hidden under my wedding dress for the ceremony but revealed for all to see later on. They were bought long before a wedding was planned in a moment of synchronicity, but that is a another story in its own right.” 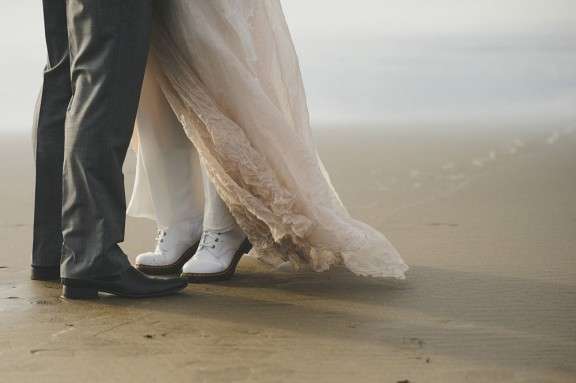 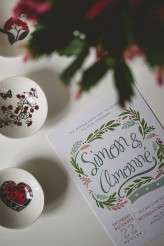 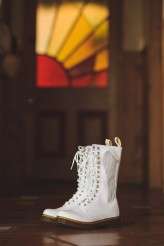 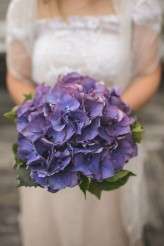 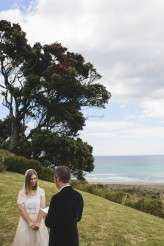 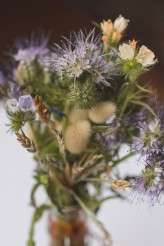 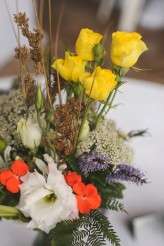 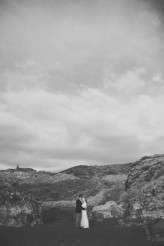 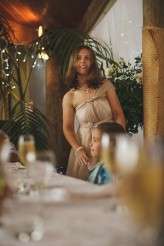