Markéta and Sam said “I do” within the ruins of Castle Košumberk in the Czech Republic. Their colourful theme represented the two of them, and overall their theme was love and hearts! “We love colourful things and bright styles so our theme for the wedding could be called a heartfelt kaleidoscope meets 50s twist and shout!”, Markéta said. “Hearts were easy. I love Melissa shoes and I just loved my wedding shoes. When Sam proposed I ordered them just two days after. They have a big cute heart and so we decided a heart theme for the whole wedding sounded good. 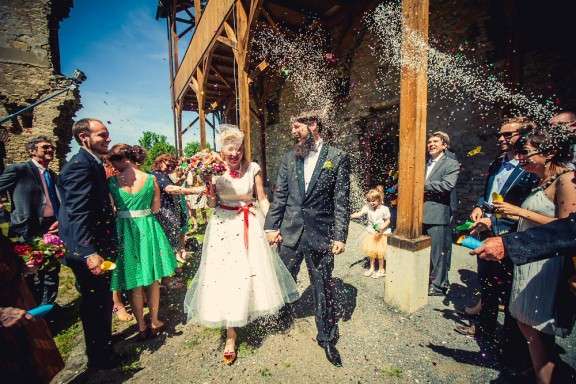 “We had customized cufflinks for the groom with hearts. Sam loves video games so the hearts on the cufflinks were in a pixilated style. We had hearts instead of polka dots on the bridesmaid dresses. We had homemade heart candles from the groom’s step dad. Our cake had a lot of hearts. All my jewelry was with hearts. I feel like we pulled off the heart motif very well. We have a lot of friends and family from different countries and cultural backgrounds with colourful personalities, so we wanted to have colourful decorations to match.” 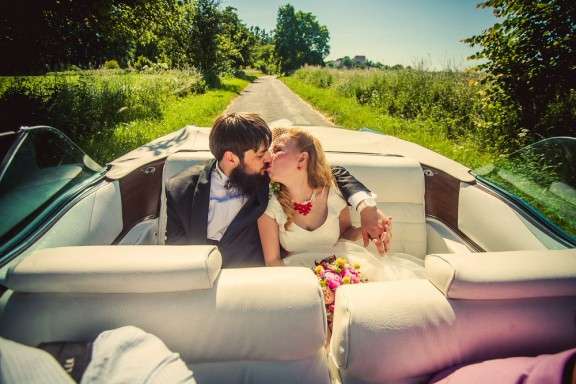 “Since I am Czech and Sam is American, we wanted to combine Czech and American wedding traditions that we liked and throw out the ones we didn’t care about”, she continued. “In Czech Republic they have many traditions for the wedding, we decided to do the breaking of the plate, where someone smashes a plate on the ground and the couples’ job is to clean it up together to promote team work. This comes with the twist of other guests feet kicking the broken pieces right when you are about to finish. We also did the tradition of picking up money, and whoever picks up the most coins will be in charge of the future finances.” 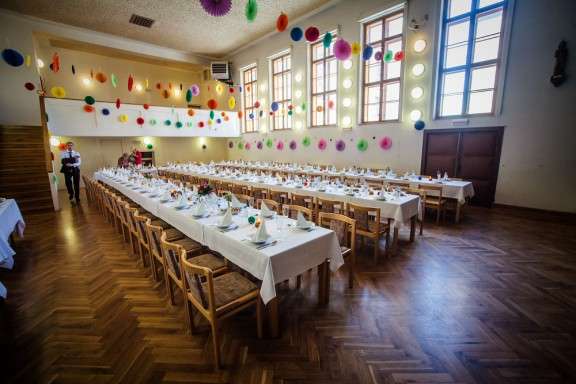 “In Czech Republic there is also the tradition of stealing the bride, Usually a few guests (male) will steal the bride and the take her to a different bar or restaurant and then proceed to buy rounds and rounds of shots until the groom comes and pays for it all. We really did not like this tradition and told no one to do it or else! Sam also had to chop a piece of wood to show his manliness and worth before entering the restaurant where we had the reception.” 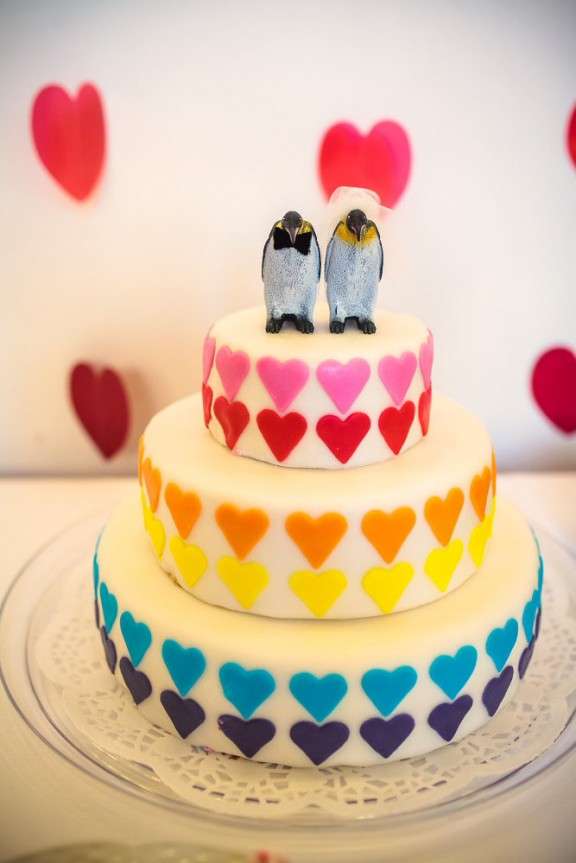 “After the ceremony the castle keeper had a surprise for us and invited a guy who specializes in old cannon shows to come to the castle ruins after the ceremony”, she explained. “We got to load and fire a cannon and it was deafeningly loud. It’s not a Czech tradition but it might just become a new one as it was a huge hit, especially with all the groomsmen!” 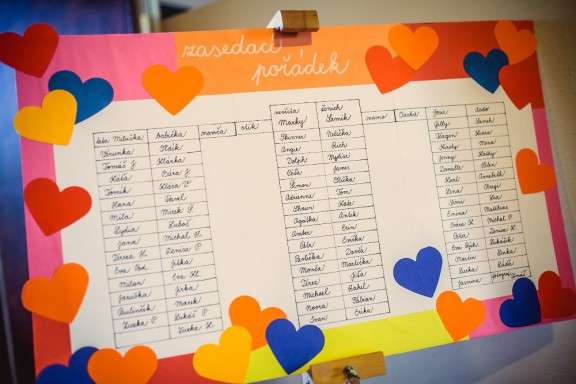 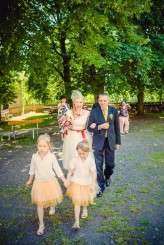 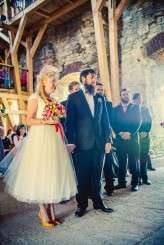 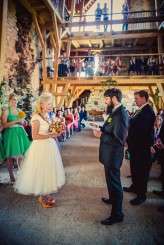 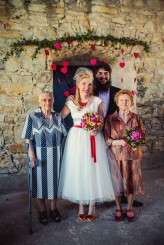 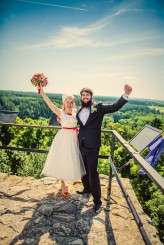 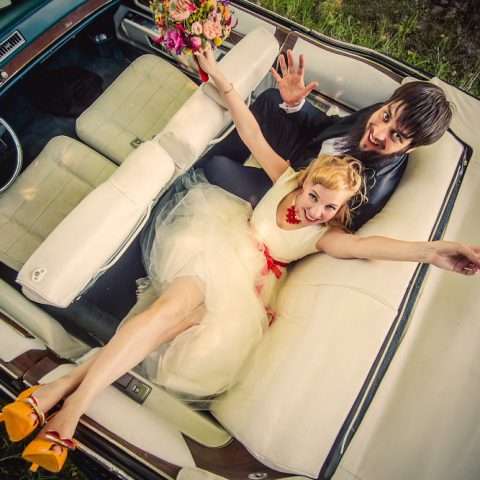 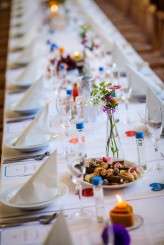 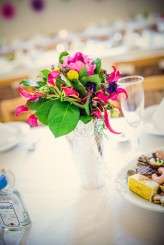 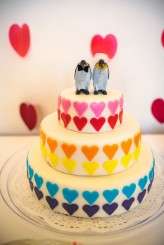 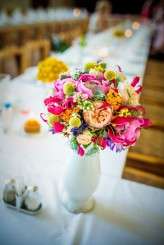 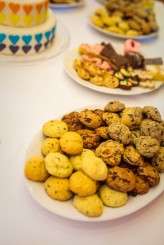 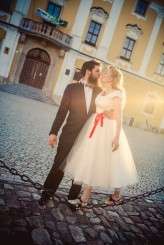 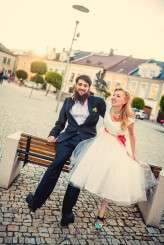