OK, so Lewis and Cassie’s wedding wasn’t actually held at Hogwarts, but there ceremony venue, Manchester Town Hall, does have a striking resemblance. They also decorated their reception space so amazingly well, with so many little accurate touches, that might has well been! 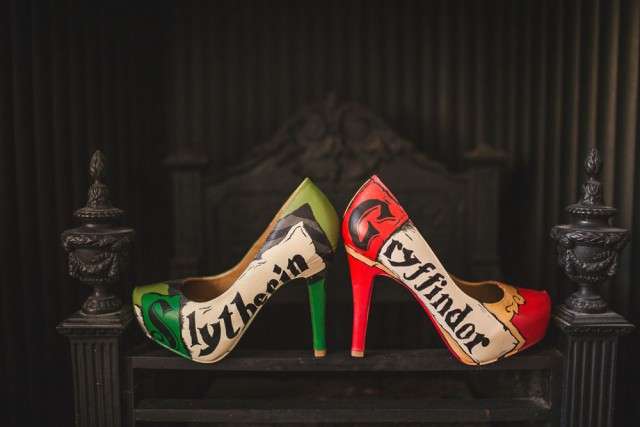 “Two words describe our wedding entirely: Harry Potter!” said the bride. “We got engaged at the Diagon Alley section at Universal Studios Florida and have always loved the Harry Potter films and books. It made sense to us to have a Harry Potter themed wedding and to take pretty much all of the inspiration for our day from the films. We wanted it to look quirky and classy but not like an 8-year-old’s birthday party which can sometimes be a challenge when you have a theme, especially something like Harry Potter!” 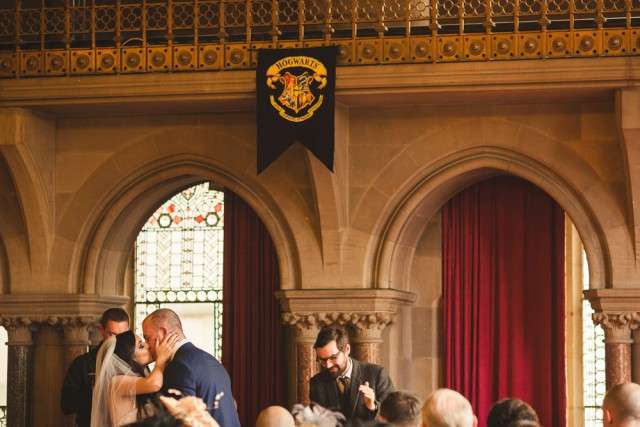 “Almost all the props used were made by us”, she continued. “We had books that we made look old (using teabags!), wands, owls, candles, potions, brooms, and jars with candles. I painted canvases of each of the houses (Gryffindor, Ravenclaw, Hufflepuff and Slytherin) that were placed in front of the top table. We made over 130 wands using dowelling and a glue gun and then painting them; no two were the same. Over 100 potions were made from glass jars and bottles that we had collected that were filled with various household goods to look like potions – mainly bubble bath and washing up liquid! We then printed off some labels (most as seen in the films) and finished them by gluing brown string around the top just to make them look older.” 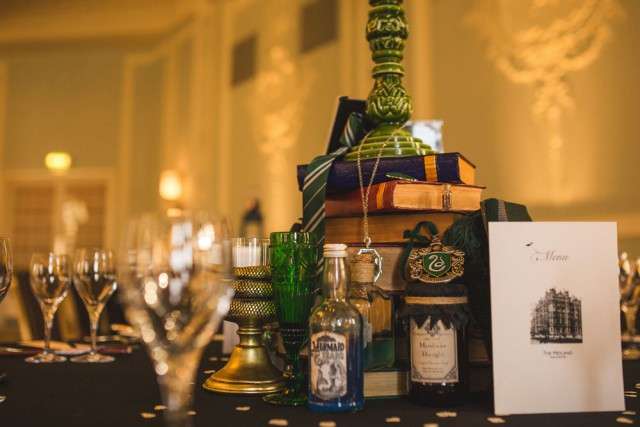 “We used the jars as candles and made them fit the theme by printing out famous quotes from the films and sticking them on, they looked really effective. We cut out the heart shaped confetti for the tables by hand from the pages of the Harry Potter books.” 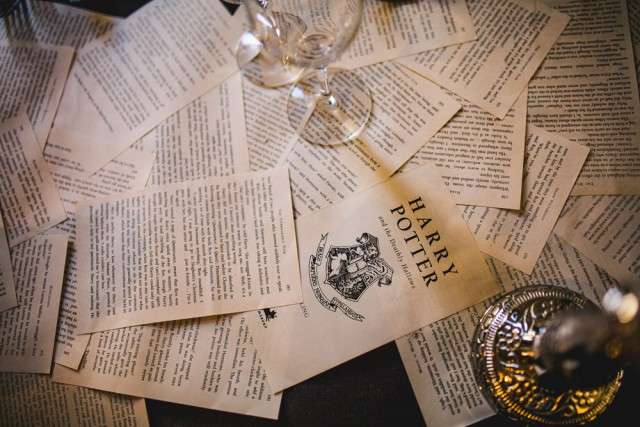 “We even made all our guests a golden snitch by taking the wrapping from a Ferrero Rocher so that we were just left with the golden ball and then stuck the wings on. I made the table plan using book pages as the background and the book covers for each table. Each table was either named after one of the books or a Hogwarts house and so each table had the various props relating to that particular book or house on it.” 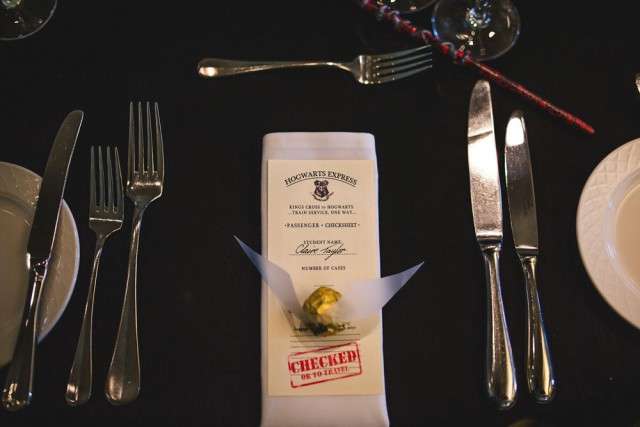 “Plus not every bride gets married in odd shoes!” she continued. “Mine were hand painted by Lasting Memories and one was Gryffindor and the other, Slytherin! There were also no fresh flowers in the wedding. The bouquets and buttonholes were all hand made from pages from Harry Potter books. My bouquet alone had around 500 individually hand made petals!” 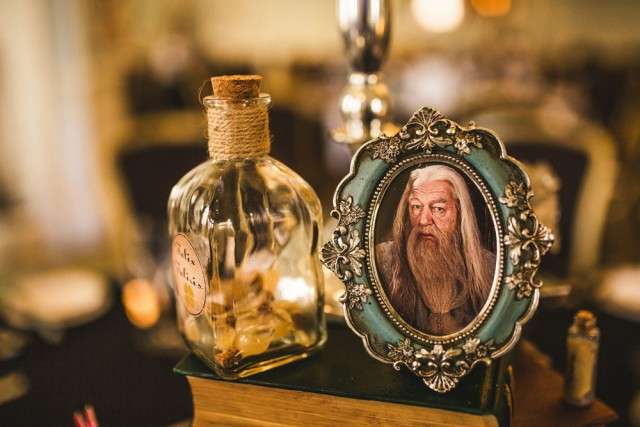 “Our ceremony venue looked lot like a castle on the inside so was perfect for the theme”, she concluded. “My niece read a passage from one of the Harry Potter books that focuses on the magical quality and power of love and the whole thing felt really surreal for us both. Neither of us could quite believe that we were actually there after all the anticipation. Cheesy as it sounds, it really was like a dream. ” 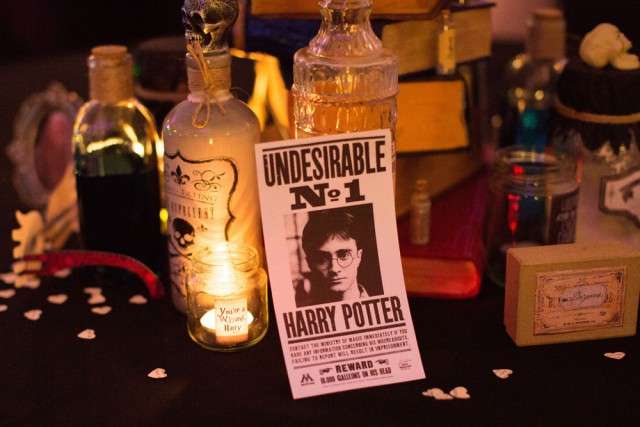 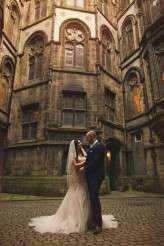