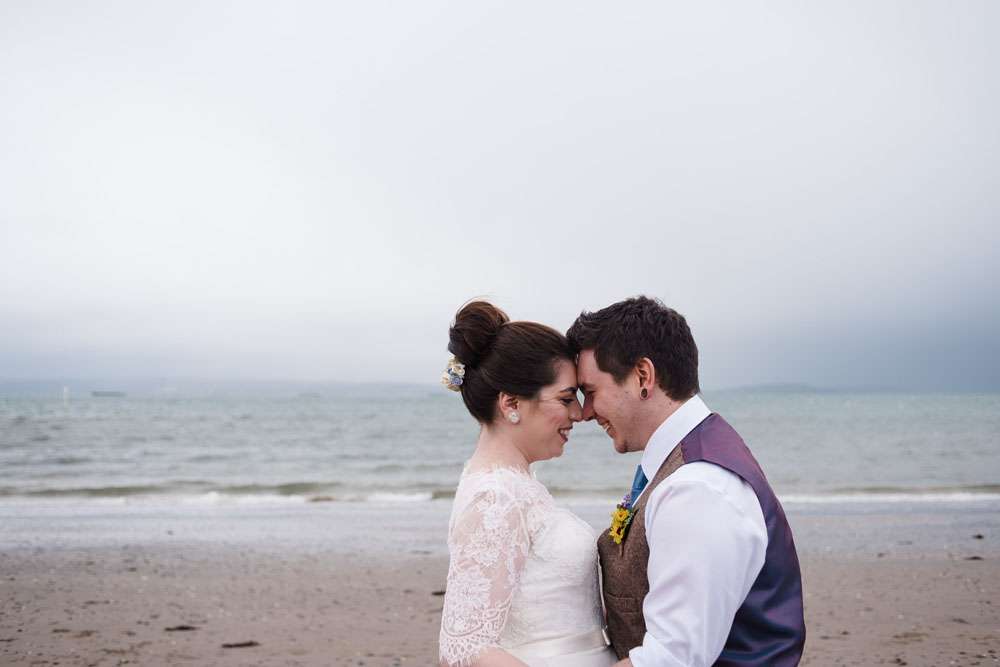 A House of Mooshki wedding dress, Irregular Choice shoes, and an Alice in Wonderland theme… Yep, I’m pretty sure you’re all going to adore Craig and Alice’s wedding! They were married on Friday 13th November in Northern Ireland. 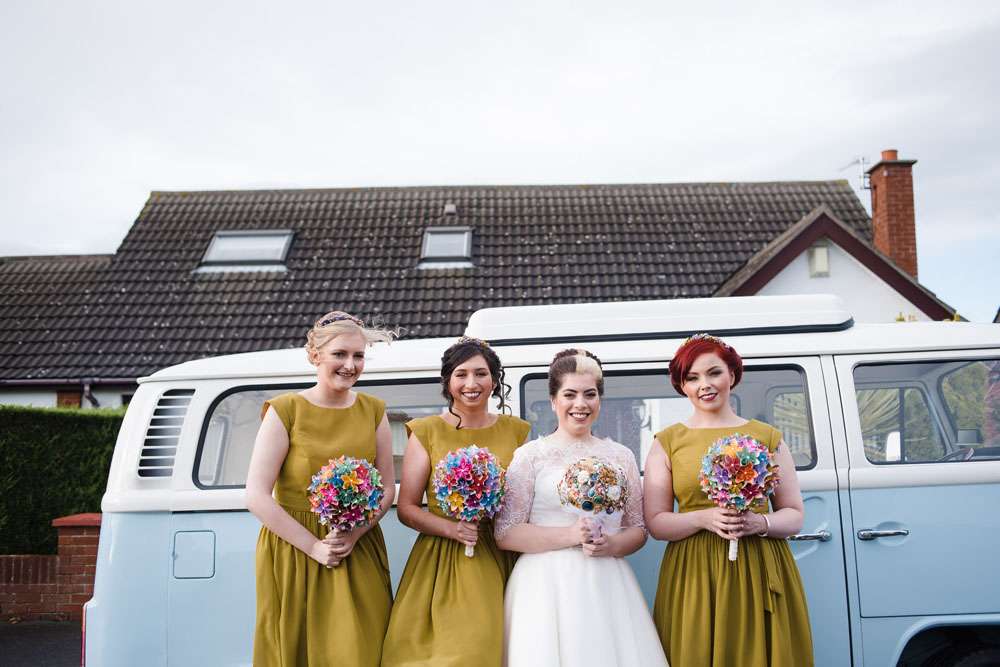 The couple met on a Christian dating website, and both being religious, the ceremony was the highlight of the day for them. “Having a religious ceremony was important to us”, they began. “However we didn’t let this stop us from injecting our own brand of quirkiness to it. We didn’t have any seating plan and our vows were much more relaxed. I entered the church to The Luckiest by Ben Folds and we danced out to Kiss Me by New Found Glory.” 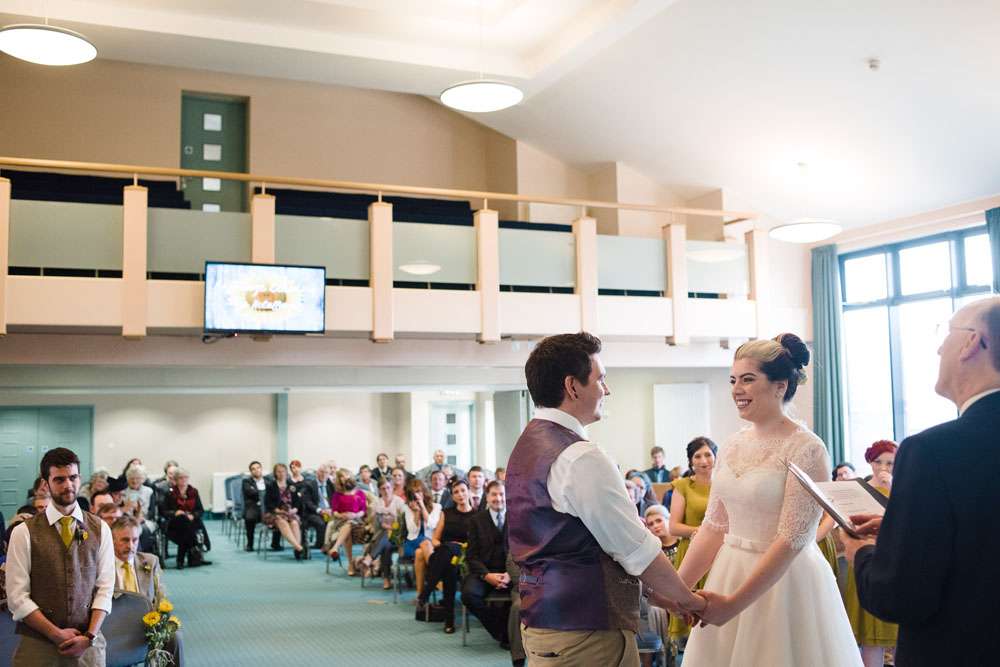 The reception was held at The Mill At Ballydugan, a beautifully restored 18th Century Flour Mill. “We did a lot of DIY projects for the wedding”, Alice continued. “The bridesmaid bouquets were handmade from origami paper and my bouquet was made from roughly 100 brooches and featured a TARDIS, a Star Trek brooch and a brooch which had belonged to Craig’s grandmother.” 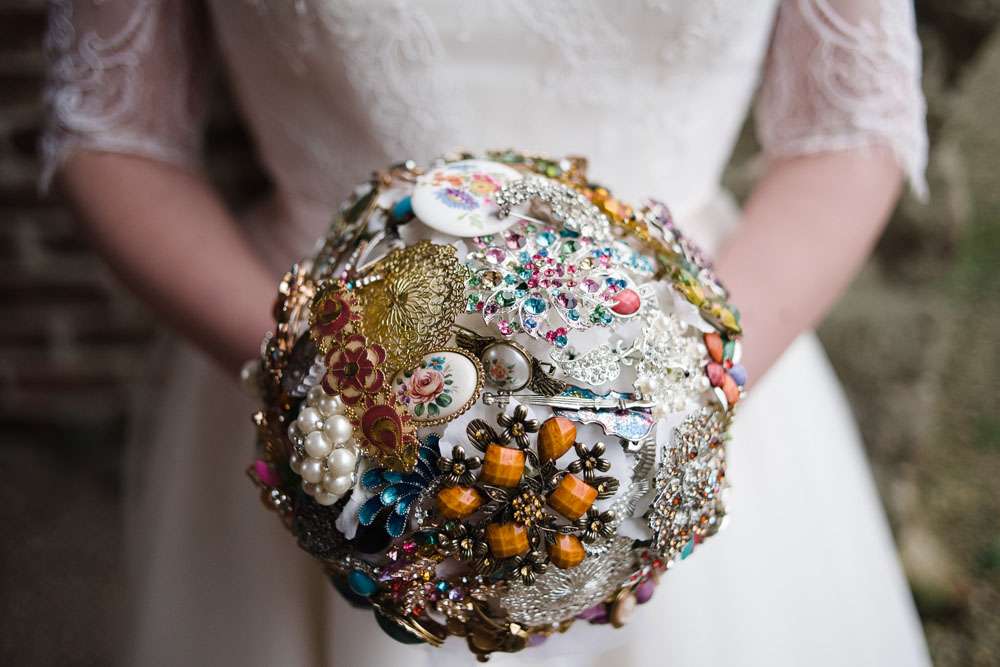 “The confetti cones were also from the same origami paper as the bridesmaid bouquets. We also did the stationery, the signs, the sweetie table and the table plan ourselves. The vinyl record guestbook was made by Craig and his sister-in-law using old records and a lot of clear nail varnish! The vases and flowers came from Ikea, and the frames were from Poundland and my dad sprayed them. All the books were from our own collection.” 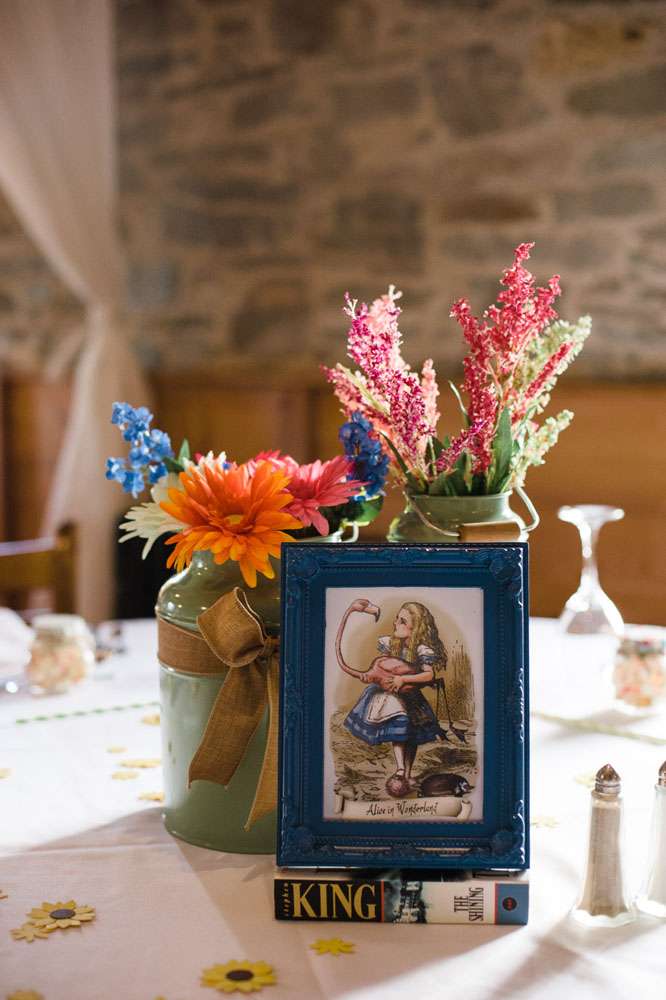 The couple also got wedding day tattoos together! “We both have a great interest in tattoos and since it was Friday 13th we went to the tattoo parlour between the service and the reception and each got ’13’ tattoos to remember the day.” 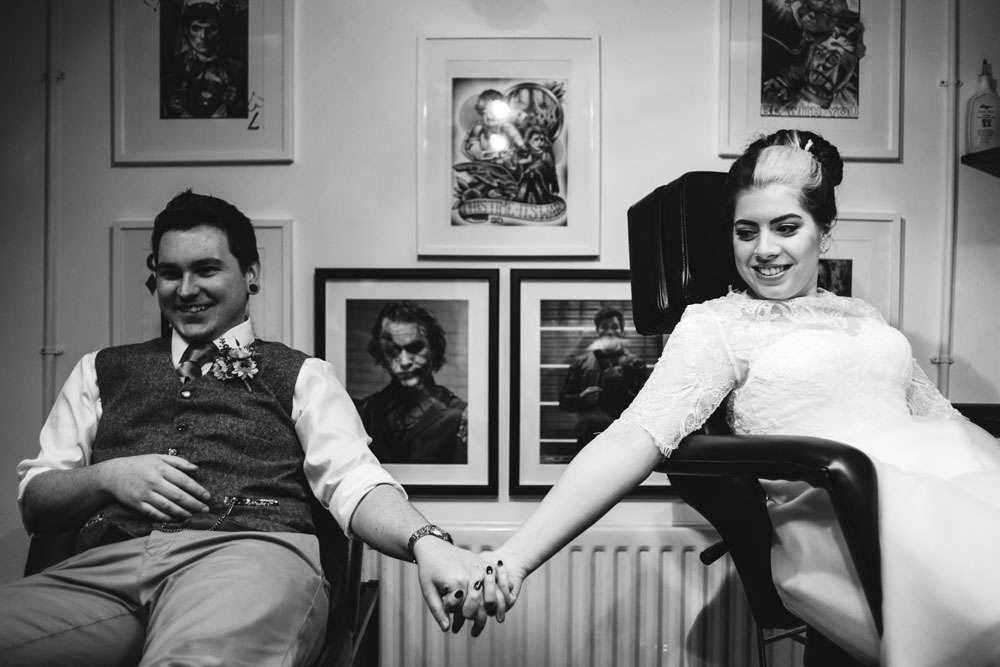 “The hardest thing during our wedding planning was that we lived apart during that time, so we only got to see each other a couple of times a week and that time was all taken over by wedding things!” the bride concluded. “However we wouldn’t change anything about the day itself. Not a thing. Zilch. Nada.” 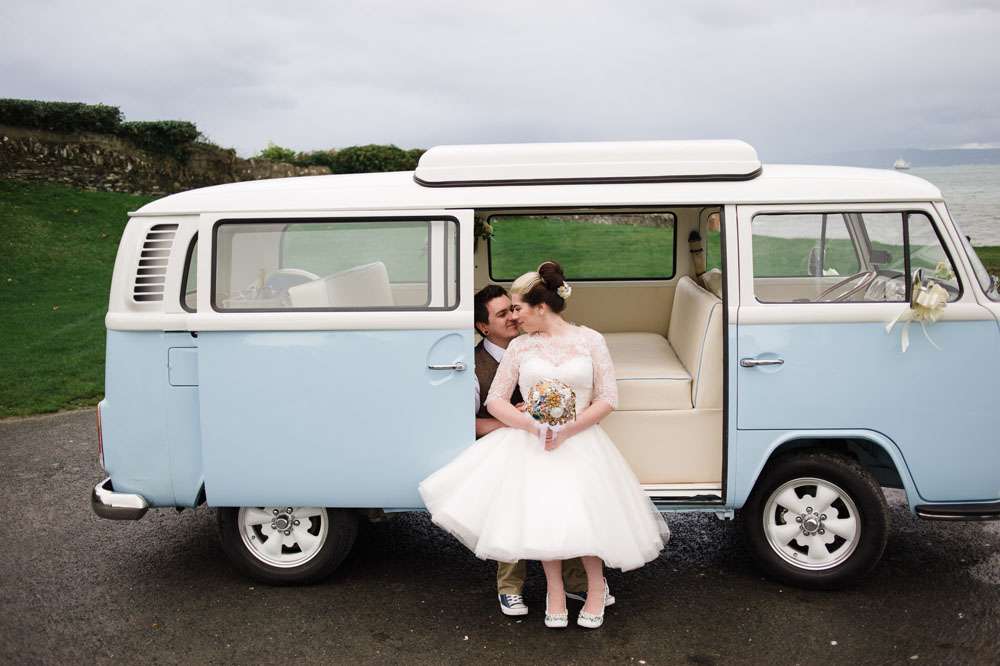 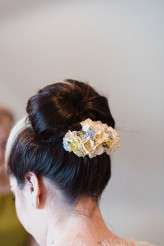 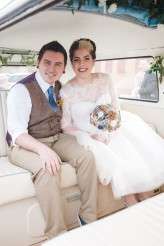 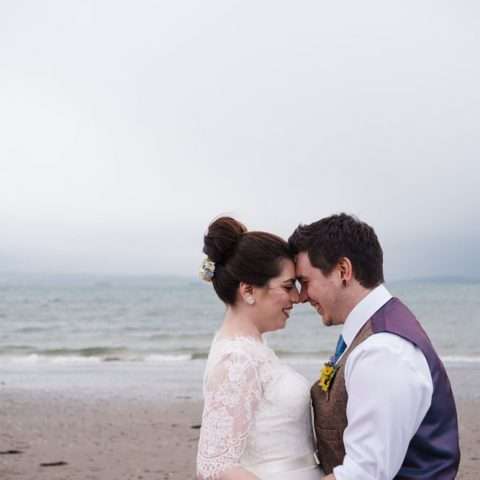 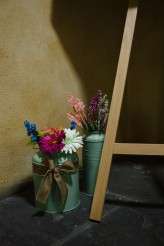 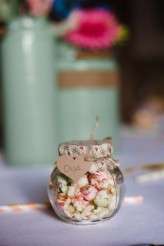 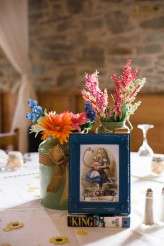 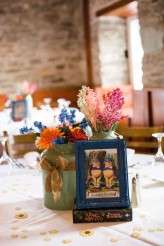 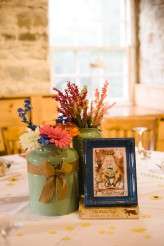 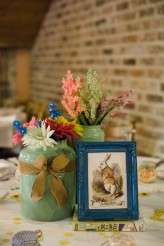 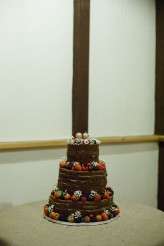 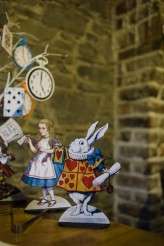 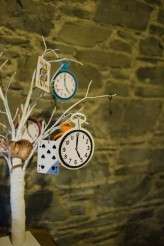 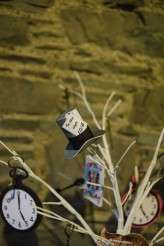 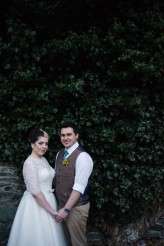 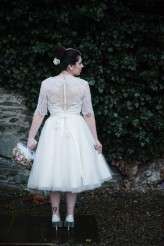 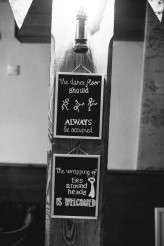 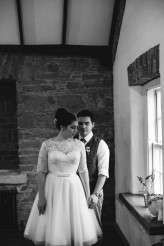 Josh met Emma at a burlesque club in London. Both being performers, when they came to marry on April 5th this year, they wanted their day to reflect their entertainment backgrounds.