Raisa and Maite, two creative and edgy girls from Holland and Germany, were married outside in August. “The overall theme was a vintage and ’til death do us part,” they said. “We also had touches of a festival theme and lot of skulls and skeletons in all the props, stationery and on the cakes. We tried to make it as colourful and fun as possible. Maite has a thing for skeletons and skulls, and Raisa loves festivals and the circus so we wanted to mesh the two together.” 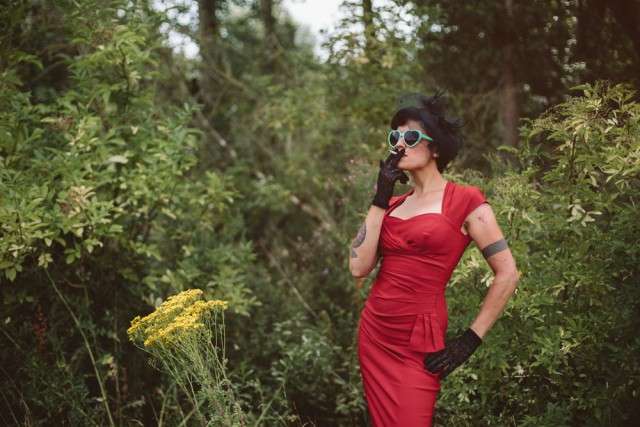 “Our wedding was so special because we made so much of it ourselves. The wedding was very personal and not only for us, but also for our guests. One of our favourite things was ‘the great wedding bake off’ which was a huge success. We only expected a few people to bring cakes as many of our guests had to travel a long way, but I think we ended up with at least 15 of them!” 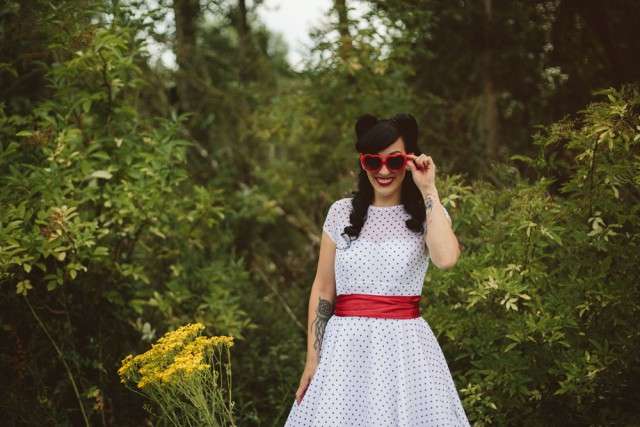 “Something else that was a bit different was that the wedding was entirely vegetarian. We were worried a little bit that the carnivores of our guests would miss the meat but the food was even much better than we expected and we got a lot of compliments from everybody.” 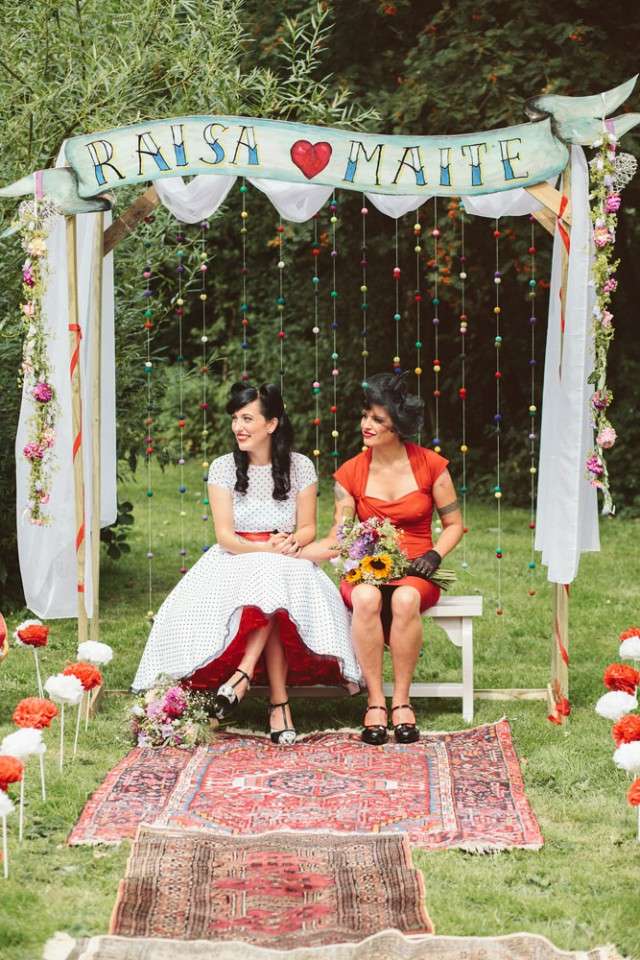 The ceremony was held outside. “Instead of bridesmaids we asked Raisa’s nieces to be our soap-bubble-girls,” Maite explained, “They would walk down the aisle ahead of us and hand out soap bubbles to the guests, so when we arrived it would be through a whole crowd of rainbow-dazzling soap bubbles.” 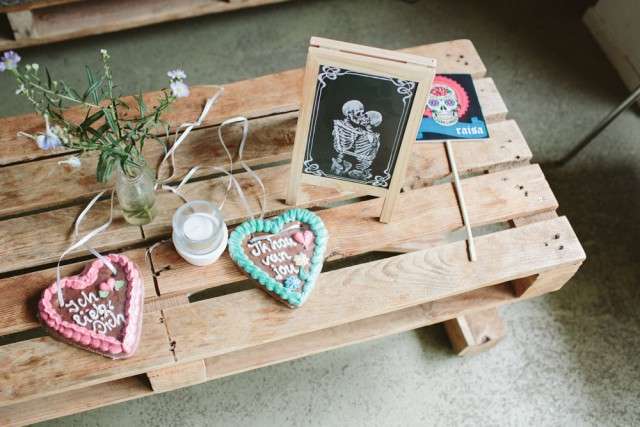 “Since the wedding was held in Holland, the ceremony was in Dutch. We hoped our German friends and family could follow most of it. To include the few English guests and to add something personal, we asked our dear friend Dan from the UK to do a reading in English.” 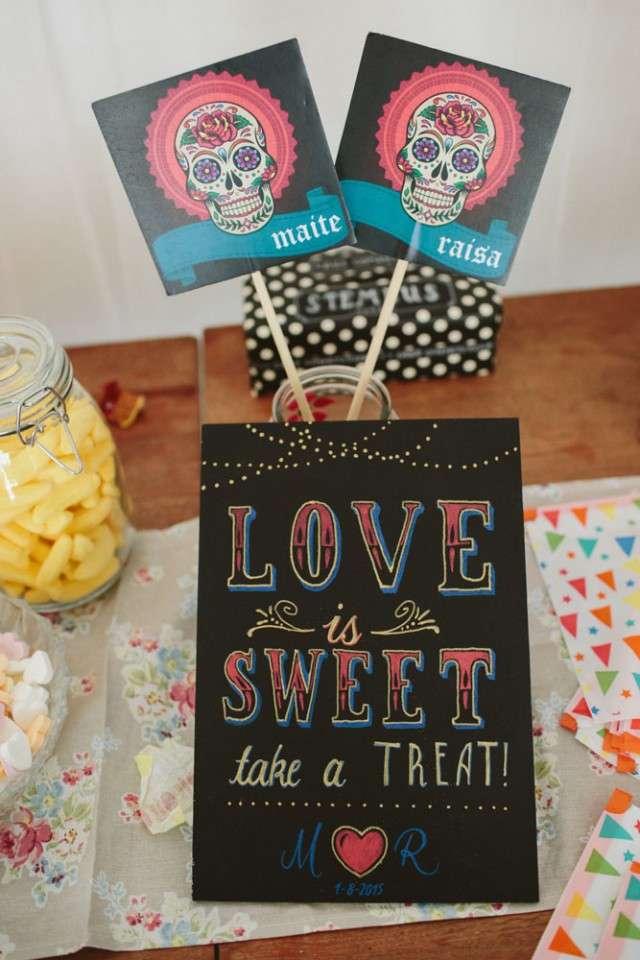 “One of our favourite parts of the ceremony was Raisa’s idea to write each other secret love letters and put them with some good wine in a wooden box. During the ceremony we also added our self-written vows and sealed it with a golden hammer. We plan to keep the box closed until we have big crisis or bad times, then we’ll open it, drink the wine and read our vows and love letters.” 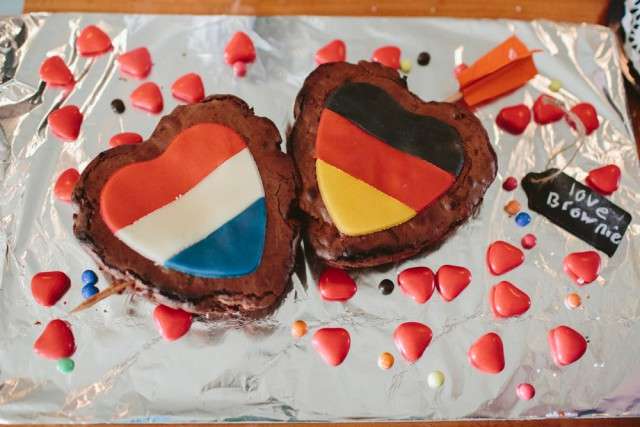 “My single favourite thing about the wedding were the little moments between Raisa and me,” Maite concluded. “Your wedding day goes by so incredible fast, and you’re trying to take time for every single one of your guests, but moments like the photo shoot felt extra private and special. In the end a wedding is between you and your partner and it’s important to find some moments in between such a busy day for just the two of you, The most special time for me was during the ceremony when our officiant asked us to stand in front of each other, hold our right hand and look into each other’s eyes. This was so very personal and emotional and felt like the time was standing still.” 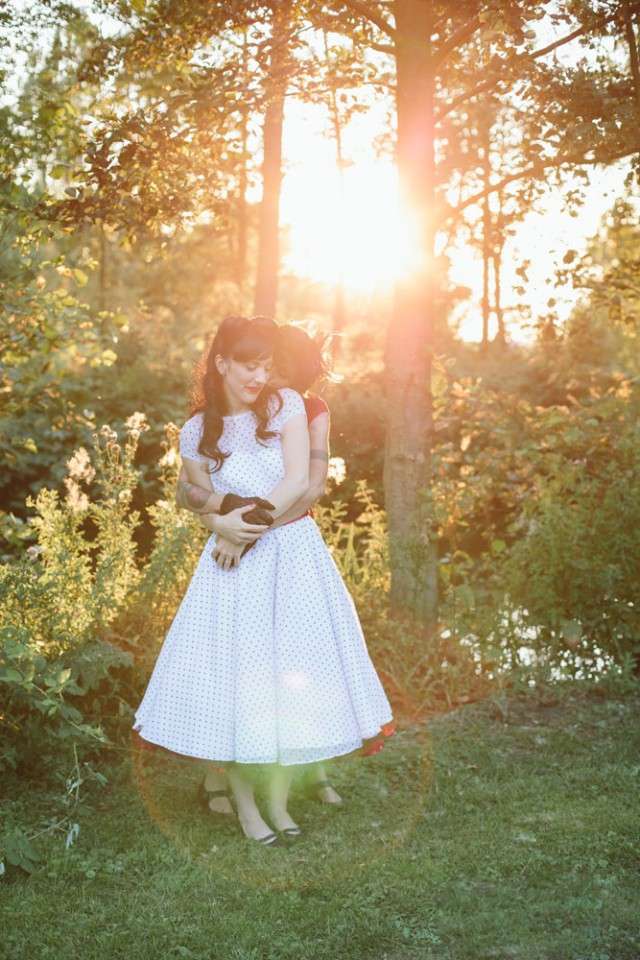 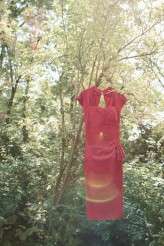 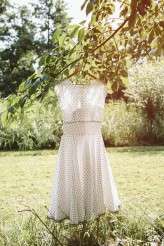 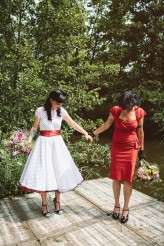 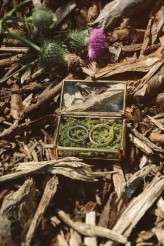 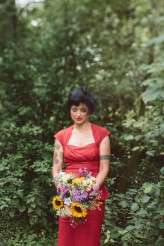 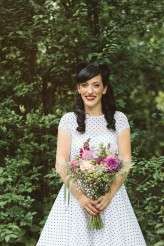 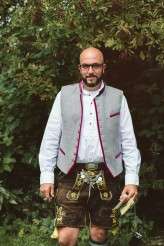 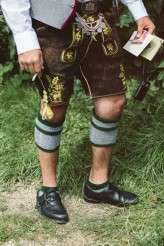 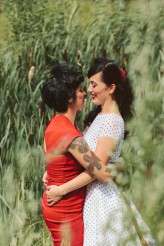 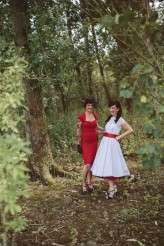 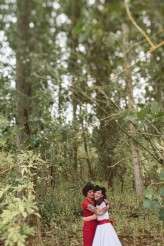 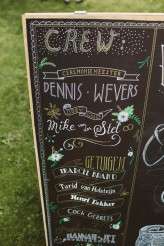 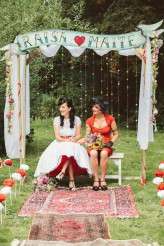 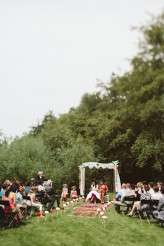 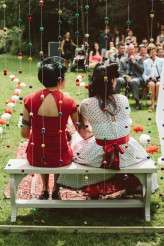 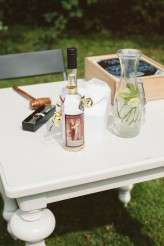