After dating for four and a half years, Matt proposed to Alice on the long drive home from Glastonbury Festival in 2011. So needless to say, the couple decided they wanted a festival themed wedding… or more specifically a homage to their favourite festival. “It had been an amazing weekend of music, love and cider-fuelled reveling,” began the bride. “It was pretty much an unspoken agreement from the off that our wedding would be an homage to Glastonbury. The festival has played a massive part in both our lives and running around in the mud, dressed like loons, dancing until dawn is high on our favourite things to do list. As soon as we’d verbalised the words ‘festival’, ‘camping’ and ‘fancy dress’ the thought occurred that it might be worth a punt asking the Eavis family (who own the land Glastonbury Festival is held on) if they would consider letting us use Worthy Farm. The family are great friends of my parents and scrumptious people. Amazingly they were really excited about the idea and more than happy to help (although they have since decided they don’t want to host further weddings – we might have put them off for life…eek!! – that’s not their bag).  Glastonbury was having a year off so we chose to wed on Saturday 23rd June, a date which anyone who knows anything about Glastonbury will know understand to be highly significant!” 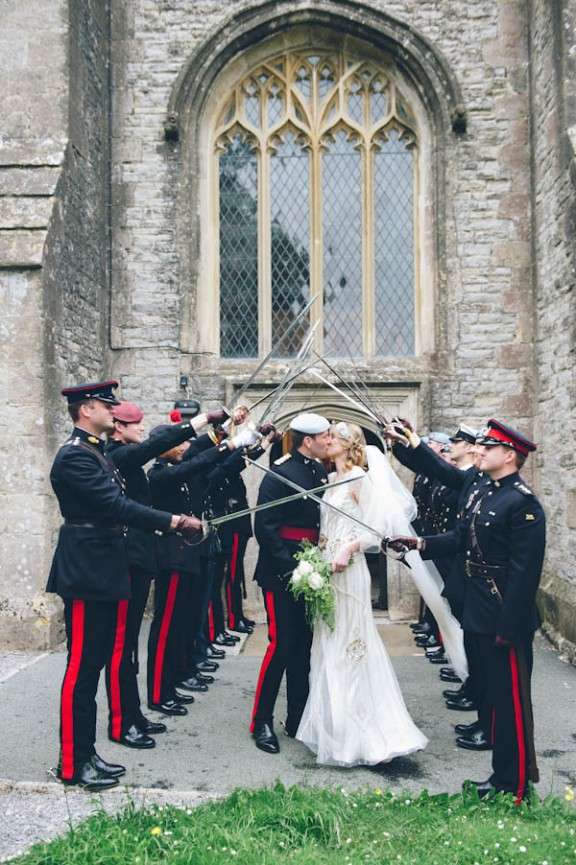 Alice wore ‘Eden’ by Jenny Packham. She originally wanted to try and find it second hand but it proved impossible. “I fell in love with the Jenny Packham Eden dress”, she continued, which was way beyond our means. But after much agonising and many months of searching for second hand ones I came up empty handed and decided to bite the metaphorical budget-busting bullet. If Matt’s reading this, you should know I haggled like a trooper and managed to make significant savings and freebies along the way!”

With her perfect gown she wore a beautiful cathedral length veil (FYI, I don’t see enough full length veils these days, where are all my veil-donning readers?) and a homemade headpiece. “The veil was chosen partly due to being fabulous and creating the effect of a train I wanted and mostly down to it’s name. As soon as we discovered the veil was called ‘the golden shower’ and my bridesmaid Jess fell off her stool laughing, we proclaimed it was the one. Some things are meant to be! I also found a fabulous Jenny Packham headdress which I also fell deeply in lust with, but at £450 and with an increasingly agitated groom, I decided it was a step too far and to try and make my own version. My Mum came to to the rescue using a £12.50 Accessorize sequinned headdress as a base to which she added years worth of broken jewellery and a marquisite brooch to create a one of a kind look-a-like.” 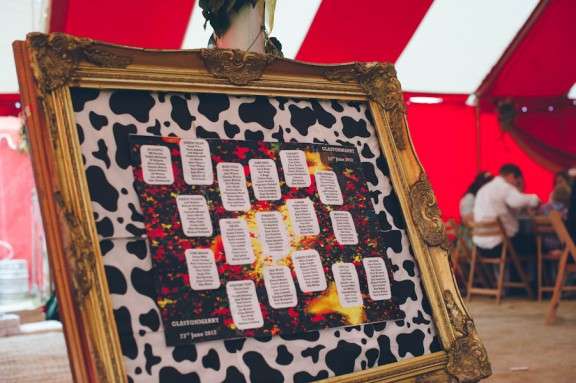 Being Christians, the couple opted for a traditional church ceremony. “We chose to have a traditional church wedding as neither of us could imagine such a rite of passage without the religious ceremony. The local vicar, David Osborne, was a very jolly fellow and full of wisdom. He struck exactly the tone we wanted for our marriage. particularly when on first meeting us he explained he’d love to marry us but might be at a music festival that day so couldn’t promise anything! The ceremony itself was a like dream. My Dad and I entered the church to a string quartet (led by Matt’s high school cello teacher) playing Matt’s own arrangement of Coldplay’s Mylo Xyloto. The music used thoughout was significant to our relationship, made even more so by the hours he spent hunched over his computer writing it. Matt and I were on cloud nine from start to finish but the calm solemnity of the service (interrupted only by some belting hymns!) allowed us both to reflect on the importance of the vows we were making.” 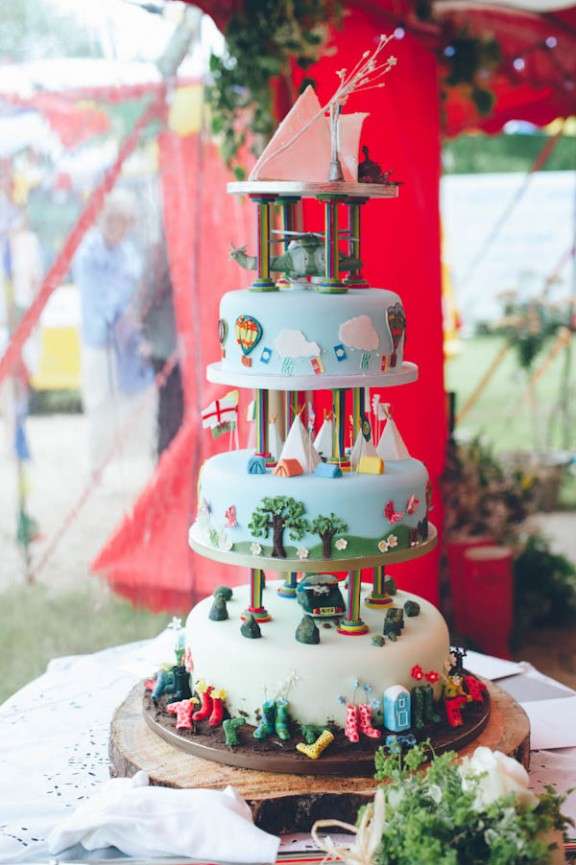 “Tradition done with we all jumped in our cars (no fancy wedding transport for us) and drove the mile of farm track the famous stone circle field for the after party”, Alice continued. “High heels were swapped for wellies and those that hadn’t already pitched tents headed to set up camp. We laid on an outdoor Pimm’s reception and let our guest explore the festival site we’d created ­which included the beautiful big top, ice cream cart (supplied by family friends), fire baskets, ale and cider bar, a chill out sofa area and Kidz tent. The sofas all came from charity furniture shops who, for a small donation let us
take their most revolting chintzy number which they’d been unable to sell and would have had to take to the tip. Another huge favour we pulled in came in the form of the hot air balloon, provided by two of my parents oldest friends. The inclement British Summer weather­ meant we were never sure this would happen but luckily there was a half hour gap in wind and up she went. Poor Neil, our amazing photographer, was shoved in and won the hearts of literally every guest by looking absolutely terrified as the balloon, battered by gusts of wind, swung up and down. Incredibly on one of the fleeting moments he dared pop his beardy head over the edge of the basket he captured a cracking shot of us all from the air. Well done Neil!” 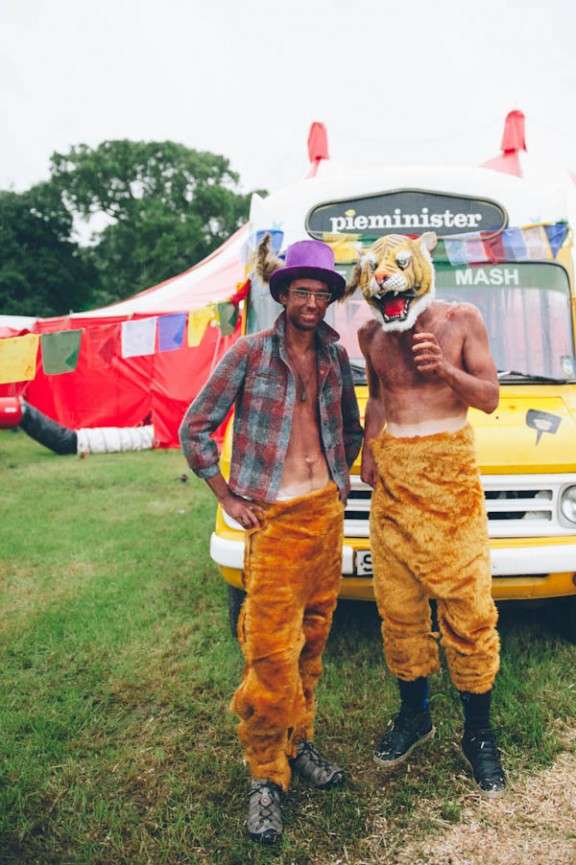 After the wedding breakfast (provided by favourite festival foodies, Pieminister) and the speeches, the formal part of the day was over. Party time! “Our 180 guests trotted off to change into their fancy dress as more friends arrived for the evening celebration. The theme for the party was anything beginning with and ‘A’ or an ‘M’ – the first letters of our names, an inspired choice which let people get creative and resulted in some truly imaginative costumes. It was a wonderful way of ridding people of their inhibitions and breaking down the cliques of relatives and friendship groups that so easily form at weddings. From the minute everyone reappeared in their fancy dress laughter filled the big top and the party was swinging with full body painted Avatars and a Milky Way downing ciders with the Messiah and a chain smoking, morph-suited Absolom. The Moon was seen doing shots with an Aquarium whist her Astronought husband initiated a dance off with some Angry Birds. We’re blessed with some incredible friends and family who love a good party and were happy to indulge mine an Matt’s passion for looking like a bit of a prat, but even I was impressed by their ingenuity. It might not be everyone¹s cup of tea but it gave our wedding a strong stamp of fun and personality. How many brides can say their bouquet was caught by a man dressed as a french maid in an afro wig?” 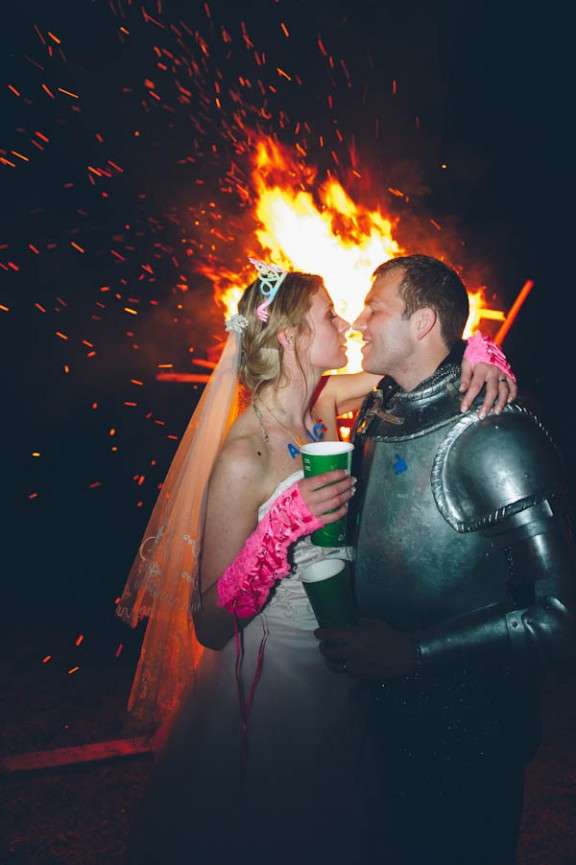 Amazing! Looks like a fun wedding for sure! Huge love and thanks to Alice & Matt and their photographer Neil of Neil Thomas Douglas Photography for sharing today. 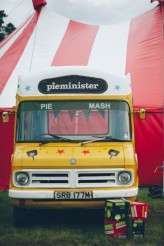 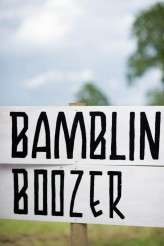 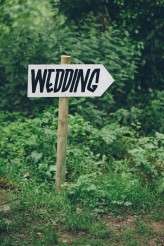 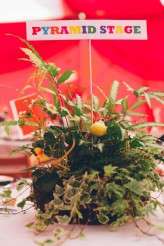 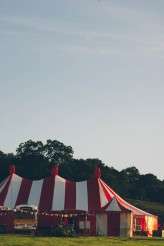 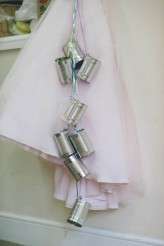 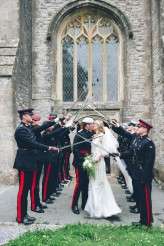 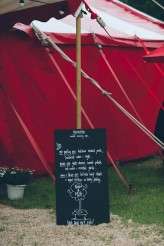 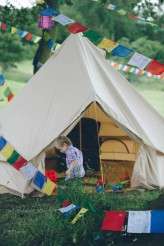 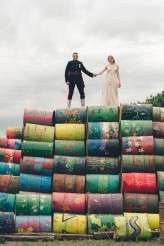 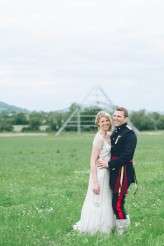 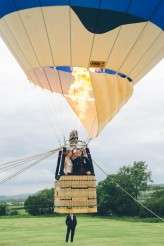 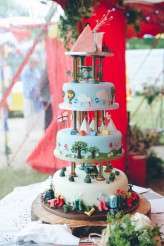 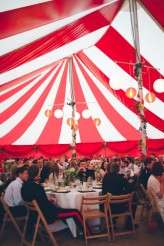 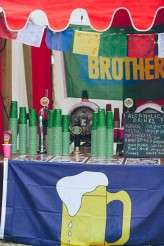 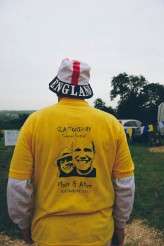 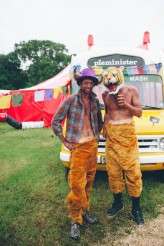 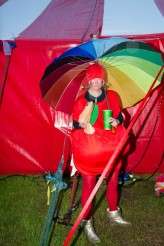 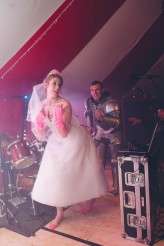 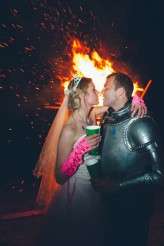 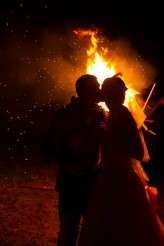