The most important thing to Amy and Craig was that they had their ceremony somewhere meaningful to them. So after a lot of back and forth (and a little bit of help from Rock n Roll Bride!) they decided to say “I do” in Amy’s parents’ back garden.

“We had a lot of trouble finding a ceremony venue we really loved and didn’t just want the standard registry office ceremony”, explained Amy. “Then we read the ‘How to plan a wedding‘ series on Rock n Roll Bride at the beginning of 2014 and it inspired the idea of having our ceremony in my parents’ back garden. It was by no means a foolproof plan, but once my parents were convinced (which didn’t actually take much doing) the ball was rolling. Since we’re both not religious a Humanist ceremony seemed like a perfect fit, and once we met Lisbeth, our celebrant, we knew we’d made the right decision. The ceremony she delivered was tailored to us, and our friends and family really enjoyed how personal it felt.” 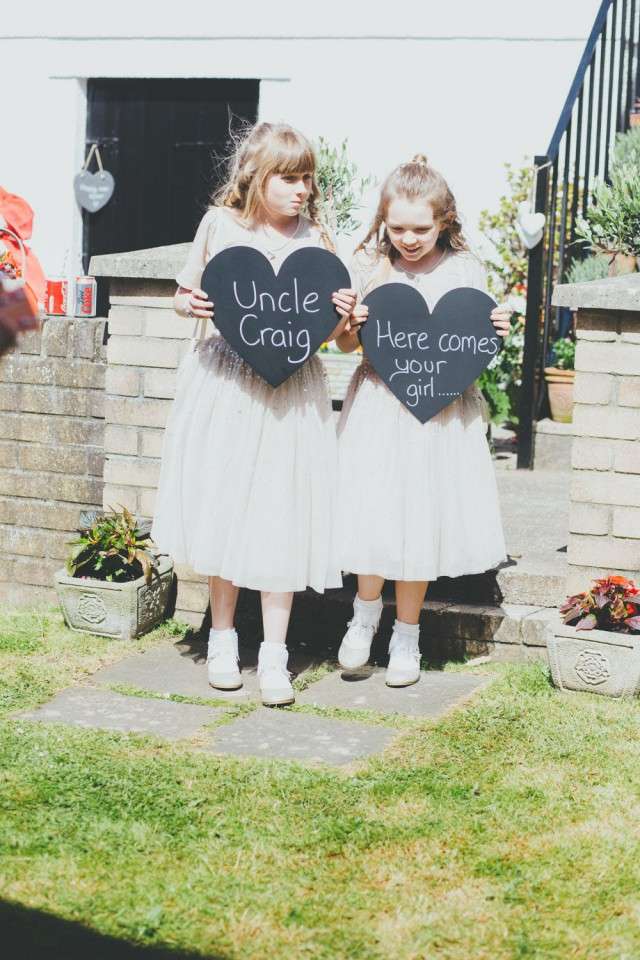 “The idea we constantly held in mind was to create a wedding we would really want to be guests at”, she continued. “Cue plenty of food and drink! We chose a hog roast and barbecue for dinner which everyone loved, plates were piled high and guests were encouraged to go back for seconds. The dessert was cinema snacks (candy cart, popcorn, and mini tubs of ice cream) as it fitted with our love of cinema and it encouraged guests to help themselves to as much or as little as they liked, and got everyone out of their seats and mingling.” 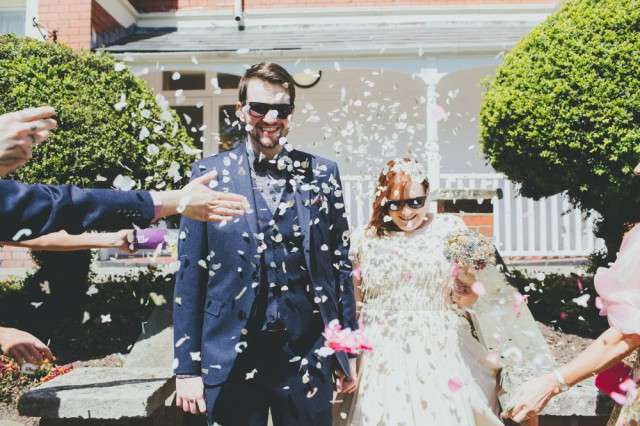 “We also filled the gap between the dessert and the evening party with a quiz with a twist – the idea was to cheat by finding someone at the wedding who would know the answer to each question so the team who got the correct answers the quickest won. It really brought out a competitive side in the guests and got them speaking to other guests they may never have met before!” 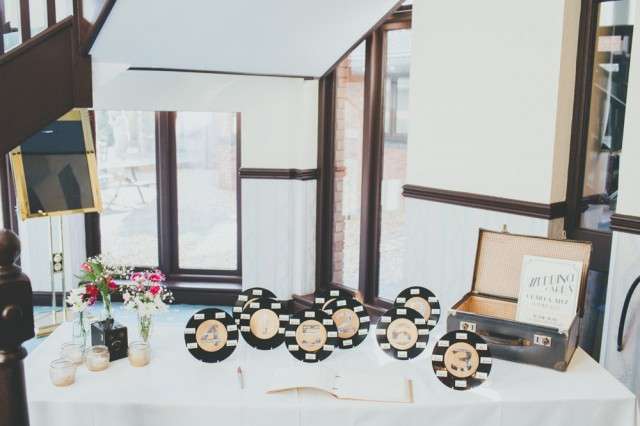 After the ceremony, they went to Mansion House, in Newport for the legal bit, then to Peterstone Lakes Golf Club for their reception. “We both spent a lot of time collecting vintage cameras and bottles for the centrepieces, and collecting vinyl for the guests’ place mats and table plan. We made stickers for the centres of the vinyl using black and white images of cinemas and hand-wrote the guests’ names for the place mats, and stencilled the table numbers and sprayed the stickers gold for the table plan.” 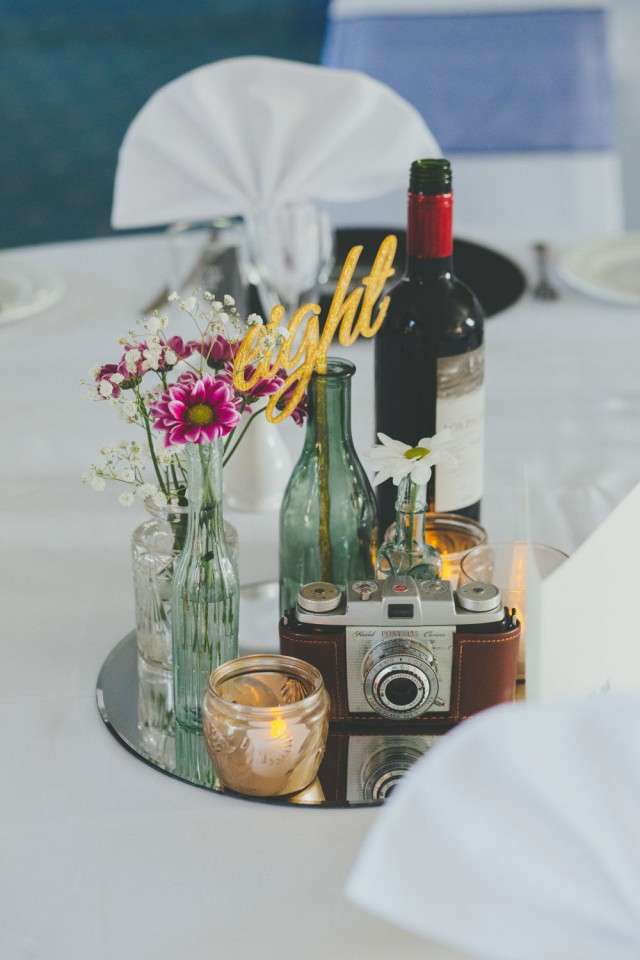 All the flowers were put together by the bride from blooms bought from supermarkets and Amy’s brooch bouquet was homemade. “My bouquet was a labour of love which took over a year of collecting brooches and twisting lots of wire! My Nan passed away just two months before the wedding but she had donated a few brooches to me whilst she was still alive and carrying them in my brooch bouquet on the day definitely made me feel like she was there with me in spirit.” 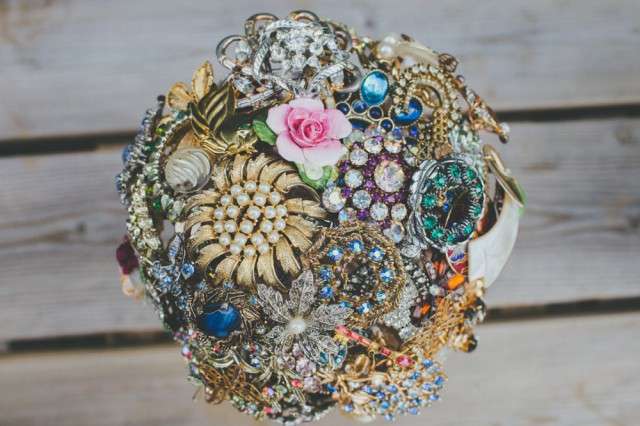 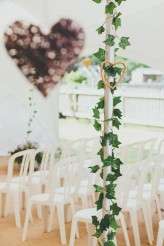 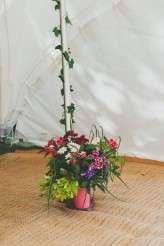 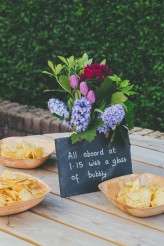 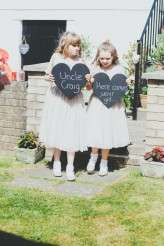 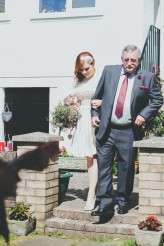 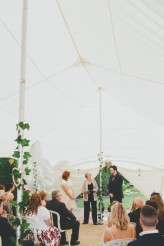 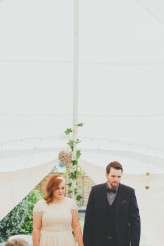 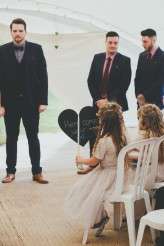 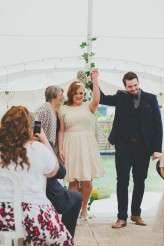 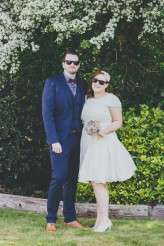 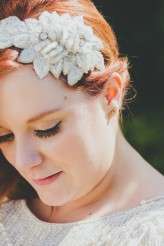 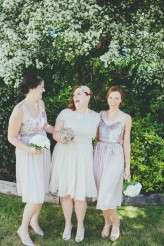 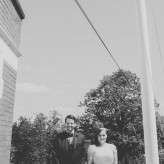 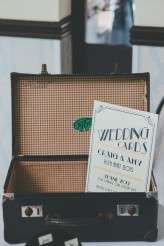 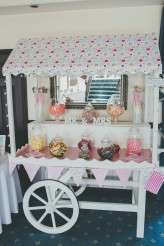 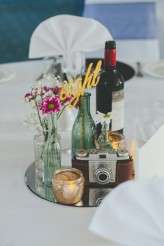 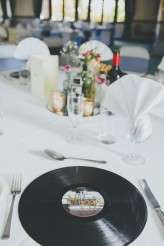 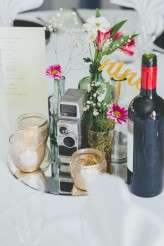 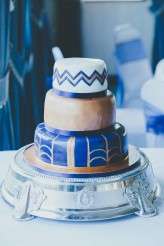 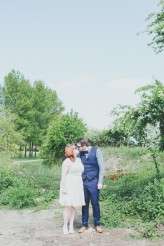 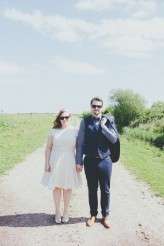 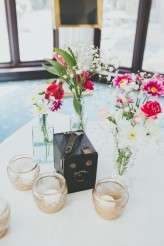 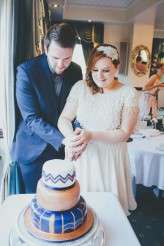 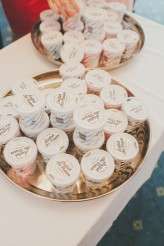 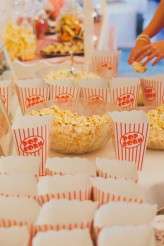