Philip & Katie-Jane had a handmade wedding in the bride’s parent’s back garden. They hired a tipi and decorated the whole garden with the things they love – creating a really magical looking space. They even converted the shed into ‘The Poppy Red Shed’ (Poppy Red is a bar in Birmingham which the bride and groom first met) which they stocked with local ales, spirits and liquours. 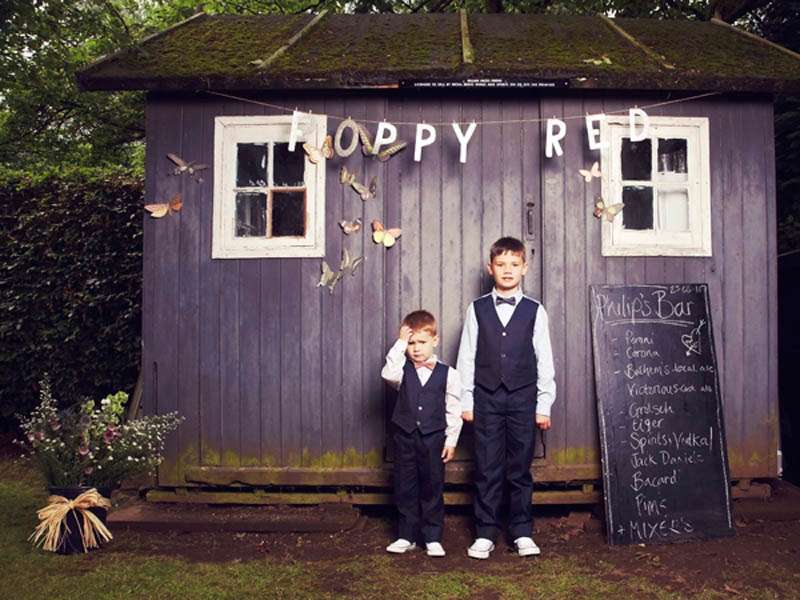 “With the bride being in fashion (Senior footwear designer for KG for Kurt Geiger) it was always going to be different kind of wedding,” the couple told me. “We wanted to make sure there was less formality and more personality. Using personal inspiration and the bride’s vision we focused on what the guests would experience and how that would make us feel. The sun came out as soon as the wedding couple stepped into the garden and the day just got better and better.” 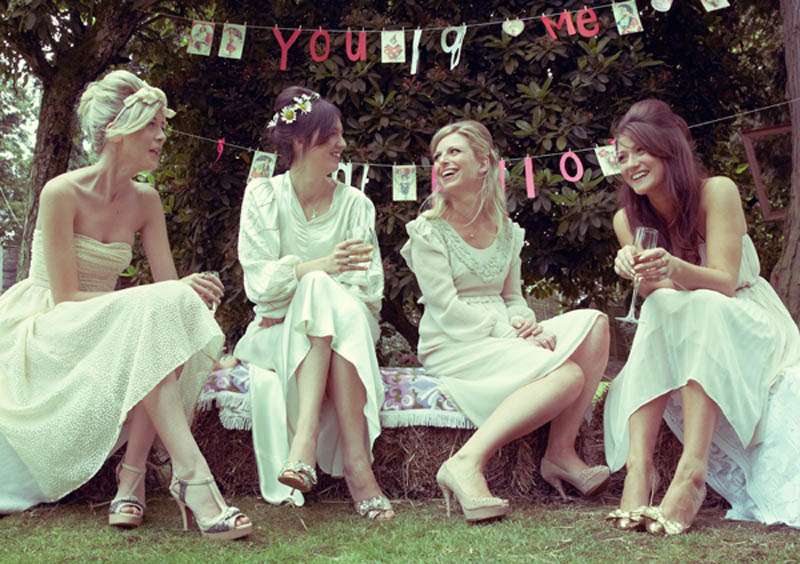 There were so many DIY elements of this wedding, as the couple continued to explain, “All the invites were handmade, handkerchiefs stamped with the details wrapped in a doilie posted with a portrait stamp of the bride and groom. We also made the teacup chandelier hovering over the top table. The cake table was brought together by several guests bringing their own cakes to share although the main wedding cake nearly got eaten before it had even been cut!” 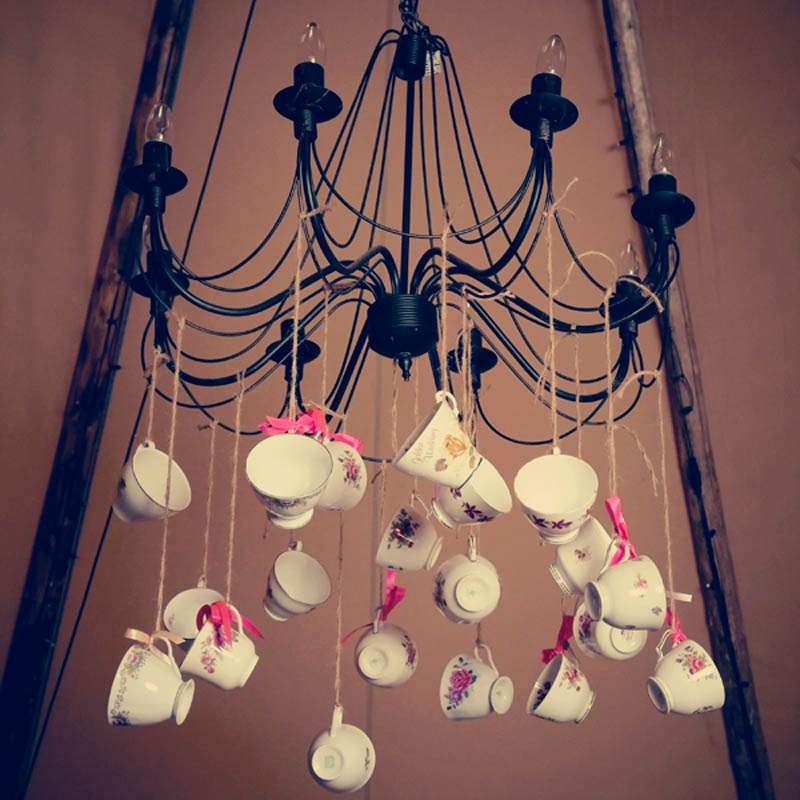 “The bride made all the ‘winecup’ favours herself, a wineglass stem with a teacup on top. The women guests (and some men) were in awe and the race was on to ensure they all got to take one home. The pewter tankards were a massive success, again collected from car boots, family and friends. It took the men about 10 minutes to get them and that was it for the rest of the night. We had a flipcam passed round the tables and it was one of the happiest hours ever after the wedding watching all the guests enjoying the food, drink and each other.” 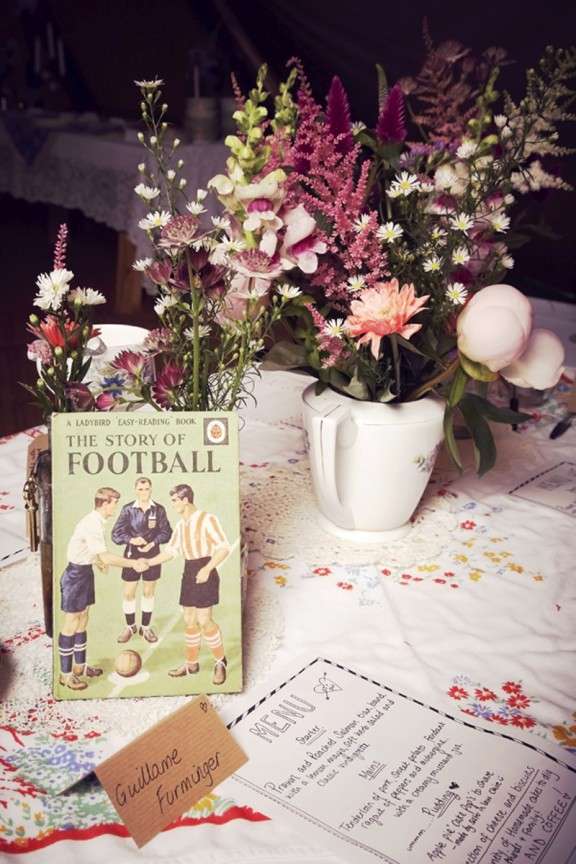 Katie-Jane wore two dresses – the first by Vera Wang and the second, a vintage gown from Hope & Harlequin in Brighton. She also wore Miu Miu shoes and vintage jewellery. 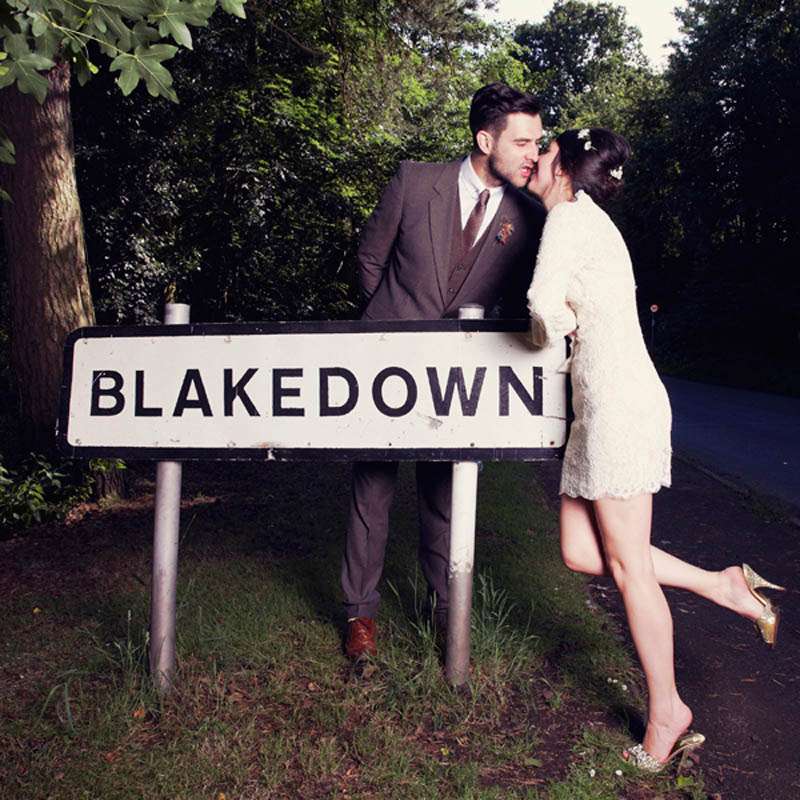 Thank you so much to Philip & Katie-Jane and their photographer Ian for sharing. 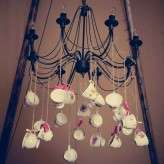 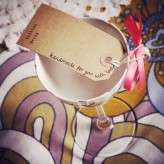 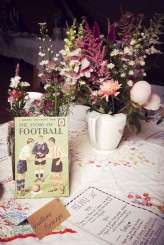 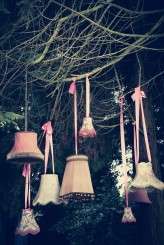 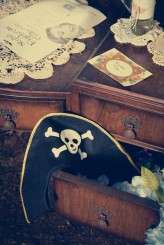 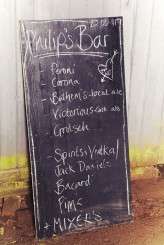 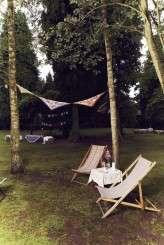 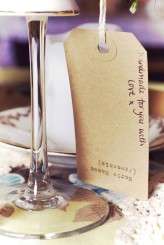 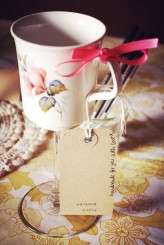 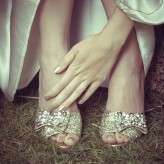 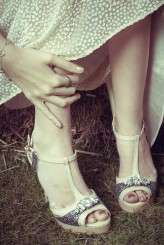 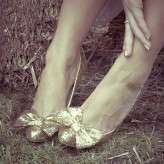 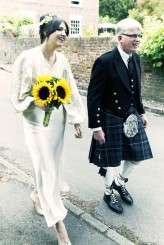 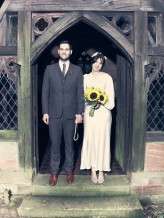 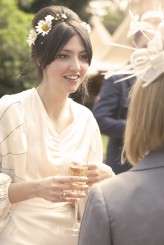 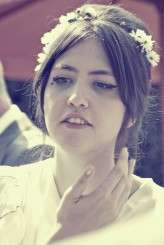 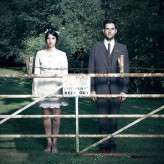 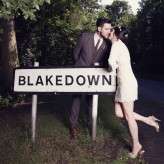 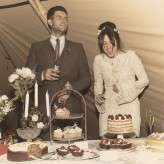 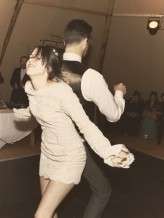