Natasha and Chris wanted to include as many of their favourite things as possible in their wedding. They also wanted the day to be enjoyable for their guests of all ages. They were married at the Hyde Park Picture House, Leeds, in July.

“The Hyde Park Picture House does not have a wedding licence, but that didn’t put us off”, said Natasha. “We visited a registry office the week before to complete the legalities and we used the opportunity to make our wedding ceremony at the Picture House really personal. My brother, Simon Logan, is a radio presenter and has been friends with Chris for 12 years and we decided very early on we wanted him to conduct the ceremony. There were lots of different things we wanted to bring into our day. We wanted a non-religious ceremony and we wanted live music and birds of prey to be a big part of it.” 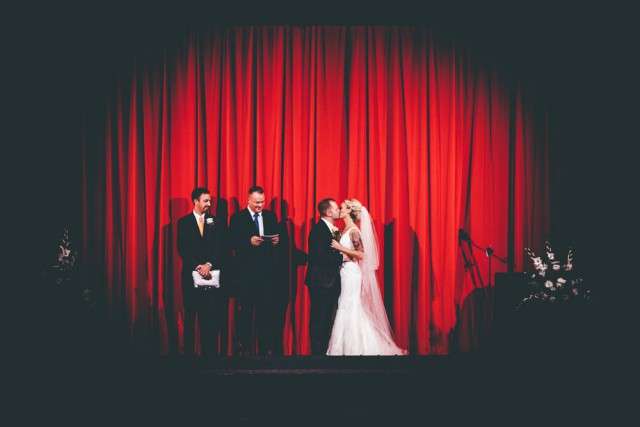 “The birds of prey were really important to us as they were also involved with our engagement”, she continued. “Chris had booked a birds of prey experience day for me at Walworth Castle Birds of Prey at Easter 2014. He’d secretly arranged with the owners for a Harris Hawk called Frankie to fly to me with my engagement ring and then he got down on one knee and proposed. It was a really magical experience and the staff at Walworth were fantastic. Frankie and some of the owls came along to the wedding and it was quite emotional to see them again! Our friends and family enjoyed meeting them and flying Frankie.” 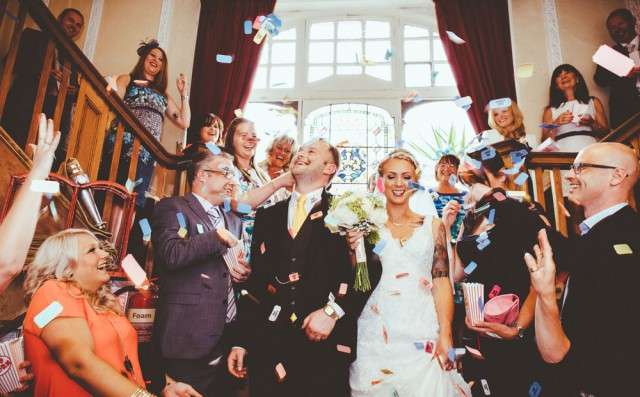 With the ceremony at a cinema, they wanted to include things that fit in there too. “We played around with quite a few ideas and decided on a movie theme to be in-keeping with our venue”, she said. “Early on we decided we’d like to use the colourful ‘admit one’ vintage cinema tickets for confetti and these formed a big part of the theme. We kept wedding party clothing neutral colours (white for bridesmaid/flower girl and charcoal grey for the boys) but each member had accessories (sashes for bridesmaid and ties/pocket squares for the boys) that matched a different colour of the confetti. The buttonholes had tickets attached to them, as did the bridesmaids’ bouquets. Each table’s place cards also tied in with the colours, as did cupcakes for dessert. Our wedding favours were chocolate ‘admit one’ tickets, home made from moulds we’d bought online.” 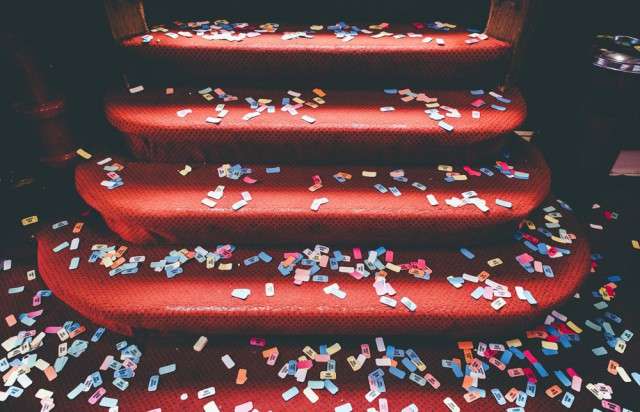 “While neither of us are really ‘movie buffs’, we do love musicals. Each table at the wedding breakfast was named after a musical. A friend of ours created film posters, replacing the stars’ faces with me and Chris, which were fantastic! We also had fun collecting bits and pieces from auction sites, car boot sales and second hand shops to use as table decorations, themed for each film. We got to use our imaginations and they looked fantastic on the day.” 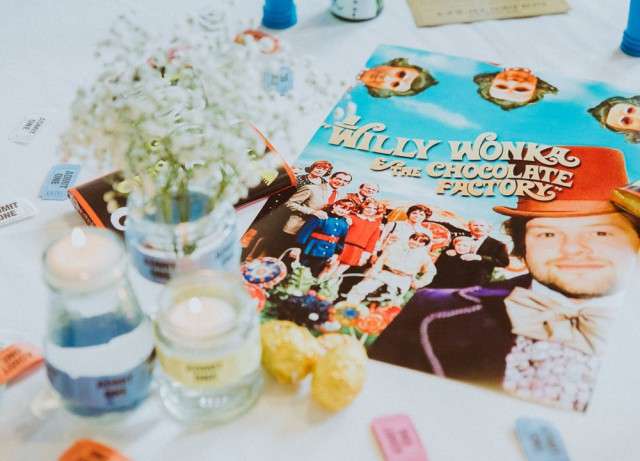 “The whole day was perfect”, Natasha concluded, “and it came together better than we could have imagined. Originally we’d thought we’d have a fairly small wedding, but in the end we had 93 guests throughout the day and it was wonderful to see everyone. We were glad we’d chosen to make savings elsewhere in order to have more guests. Everyone said how much they enjoyed the day and we think all the personal touches we’d thought of made it really fun and enjoyable. We loved seeing everyone having such a great time.” 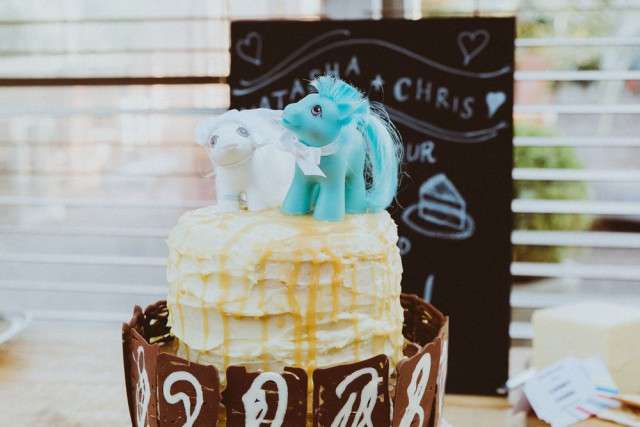 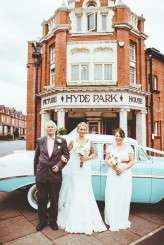 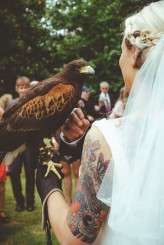