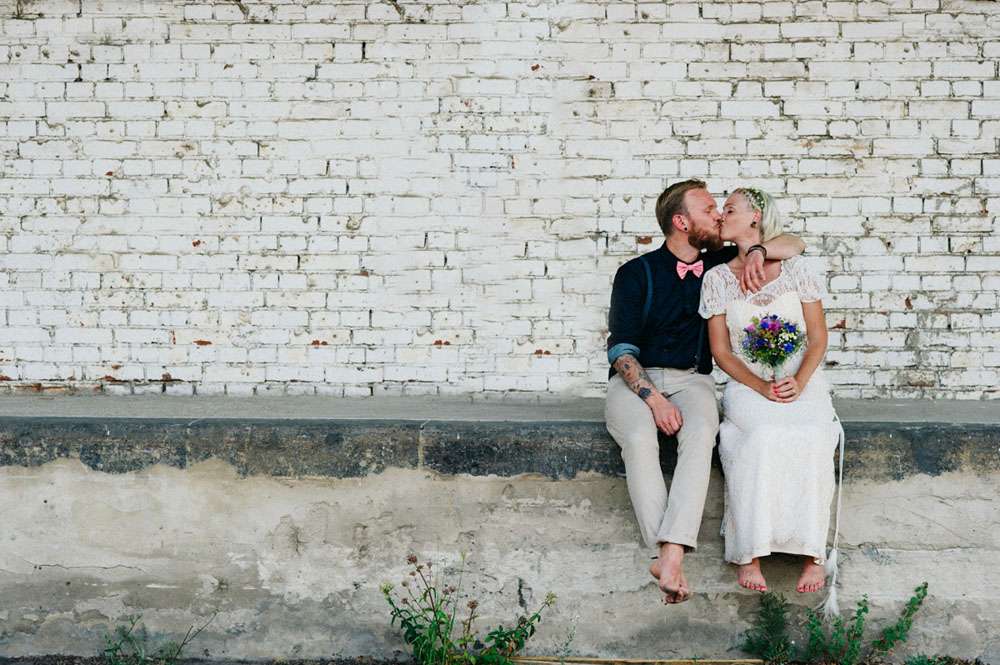 German born Linda and Patrick wanted a wedding with no dress code, no schedule and no rules! “Just come, be yourself and have fun!” was what they told their guests.

The reception was held at Weststadtcafé, Darmstadt. “The wedding theme was bohemian vintage meets music festival meets theme park. Hiring the venue was one of the biggest costs but it was the perfect place for our party. Its an old factory building with graffiti, a big BBQ outside and lots of space – it was just perfect! We also rented a High Striker for our guests to use. It cost €238 but was such a good idea. Everyone loved having a go!” 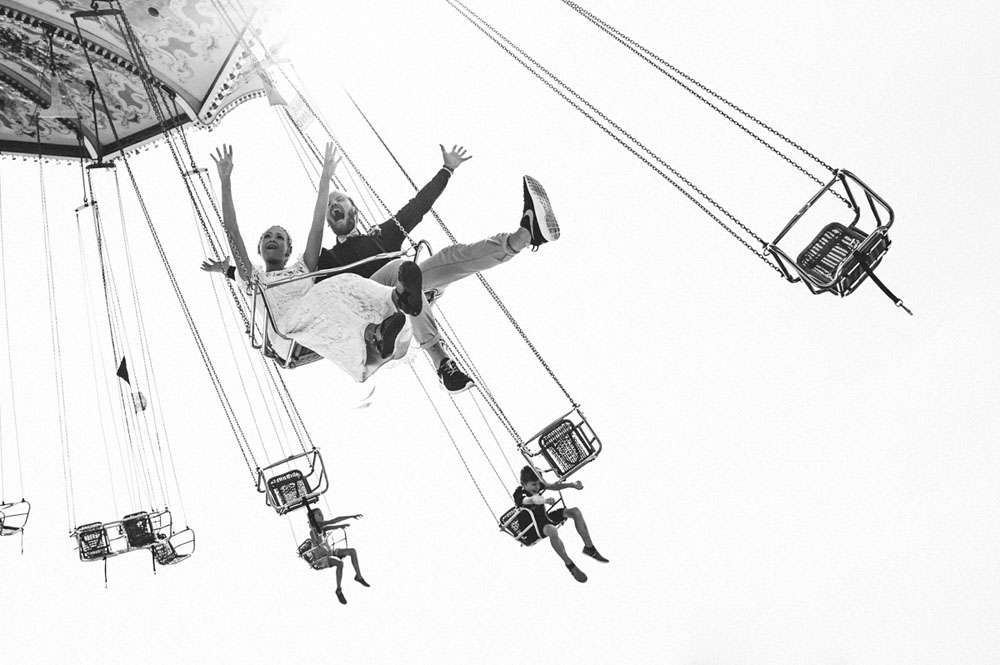 “We managed to keep costs down by DIYing all the décor and asking our guests to bring food instead of gifts. On our wedding website we had a list of the kind of things we wanted (salads, sandwiches, cupcakes…) and people filled in which they would bring. In the end we had a mind-blowing mixture of amazing food, both cold and warm dishes. We organised the BBQ and it all worked out so well!” 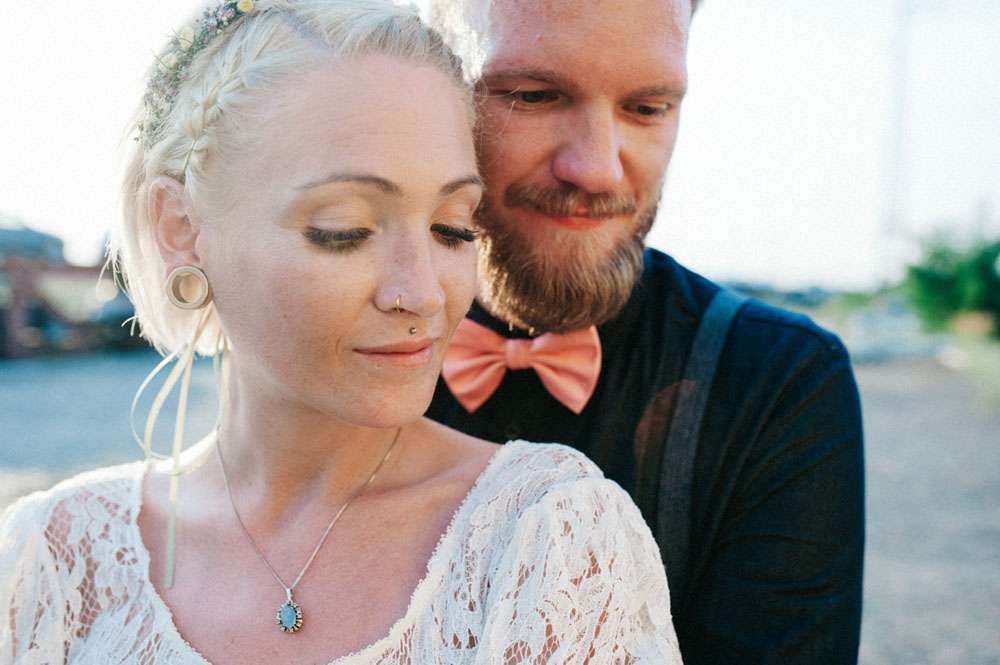 One of the highlights for everyone was the music. “When the band started to play, they forced us to crowd-surf and our guests carried us through the entire location! During their set Paddy surprised me by performing Love me Tender by Elvis Presley. I always wanted him to sing that song for me but didn’t expect my dream to come true. When I realised what was going on tears of joy ran from my eyes. A very intense but also funny moment.” 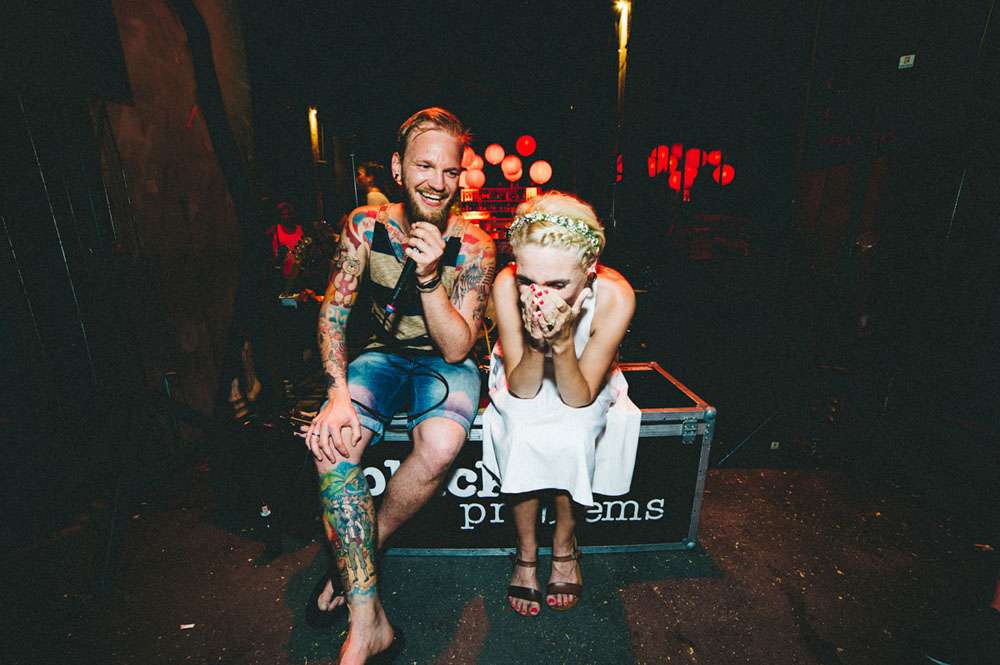 “Later on, the band teamed up with some good friends and surprised Paddy with a special version of Killing in the Name by his favourite band Rage Against The Machine. Paddy started to sing the song, a huge moshpit started and everyone was freaking out – it was an unbelievable moment!”

“There is nothing we would change about our wedding”, she concluded. “It was the best day of our lives and everyone had so much fun!” 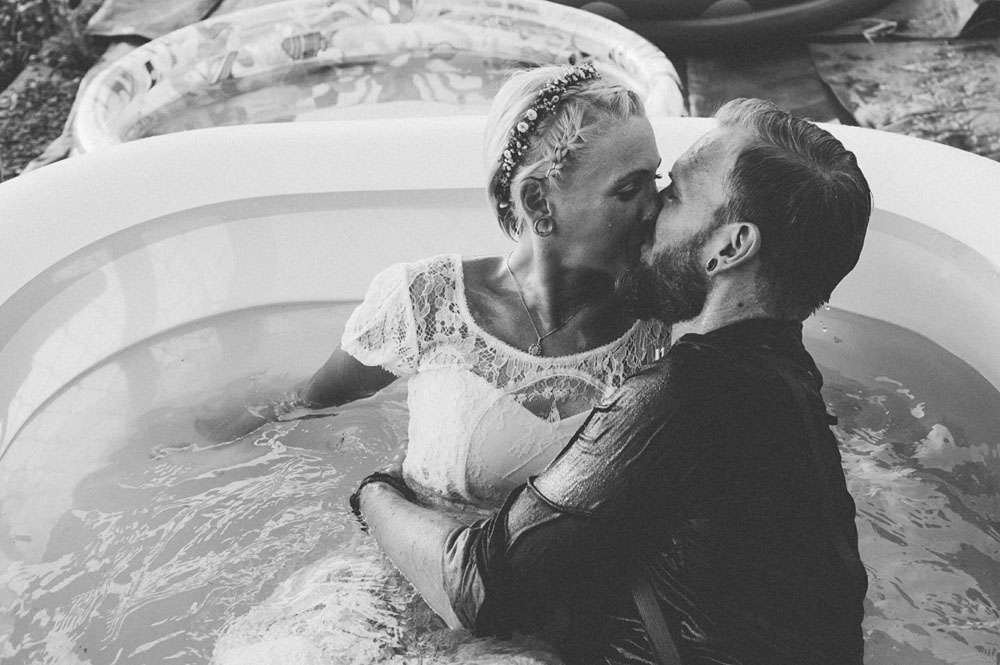 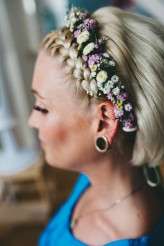 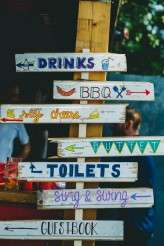 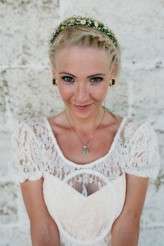 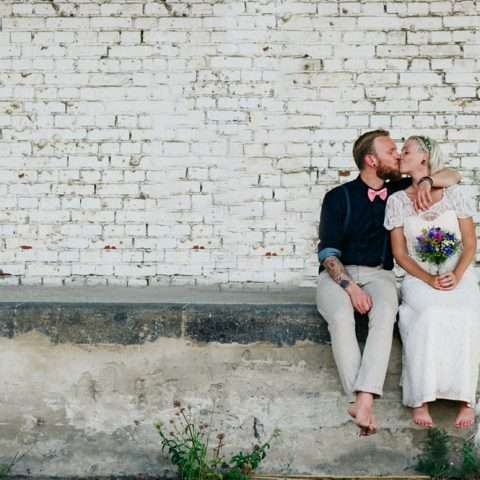 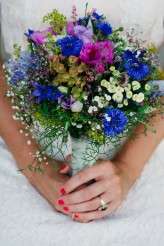 What could be more Rock n Roll than a concert wedding at a dive bar? Nothing! And that's why I'm thrilled to be sharing Tom & Lindsey's wedding at The Shakedown in Bellingham, Washington with you today.