Kat and Matt wanted anything but a traditional wedding. They started the day by having their ceremony at Old Wardour Castle in Salisbury. “The inspiration for the wedding was everything we enjoy: computer games, Game of Thrones, Lord of the Rings, swords, horses, cats, dragons and castles!”, said the bride. “We love looking around castles and historical sites, so finding a ruined castle licensed for weddings was amazingly perfect!” 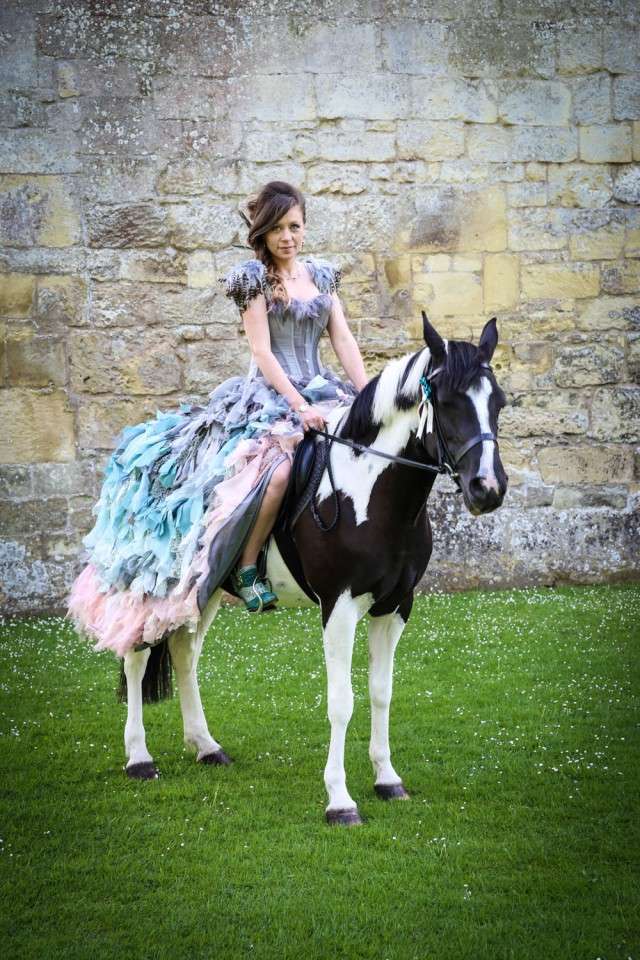 “The inspiration evolved throughout planning and it got more adventurous as we went on. The clincher was Matt asking if I would arrive on horseback, something which I had dreamed of but initially dismissed as way too risky and over the top. Our friend Heather spent at least a day bathing her lovely horse Millie and let her be my horsey bridesmaid. I think it was the icing on a rather eccentric cake…. Oh and the swords! I had ‘Longclaw’ Jon Snow’s sword from Game of Thrones and Matt had ‘Narsil’ from Lord of the Rings!” 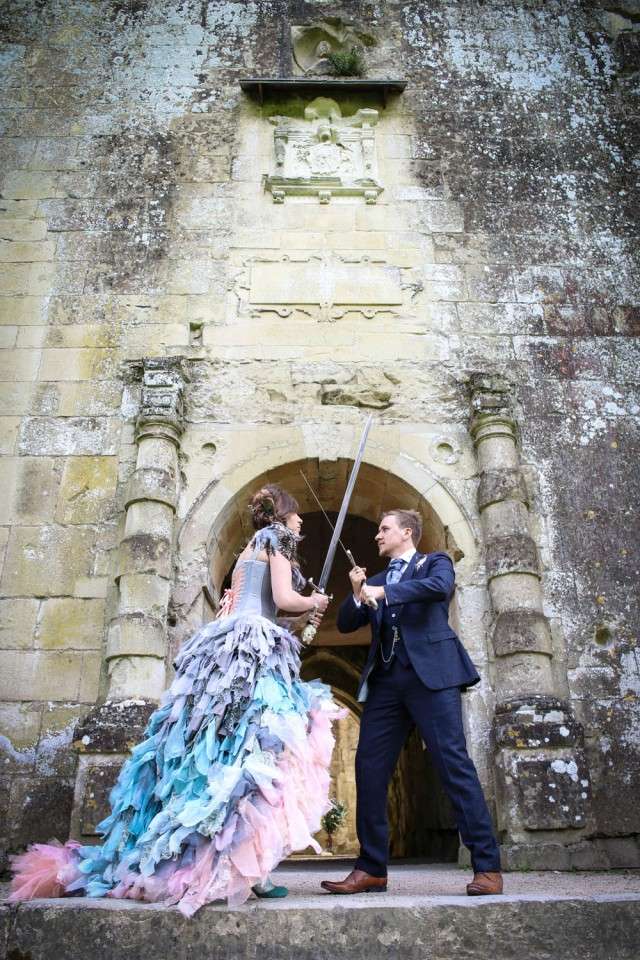 “I walked down the aisle to Never Forget, one of the theme songs from Halo 3″, she continued. “One of our best friends Harry gave a reading pointing out how geeky we are. It made everyone burst out laughing! For our reception we had a Medieval feast in the grounds of Salisbury cathedral to fit in with the theme of the day.” 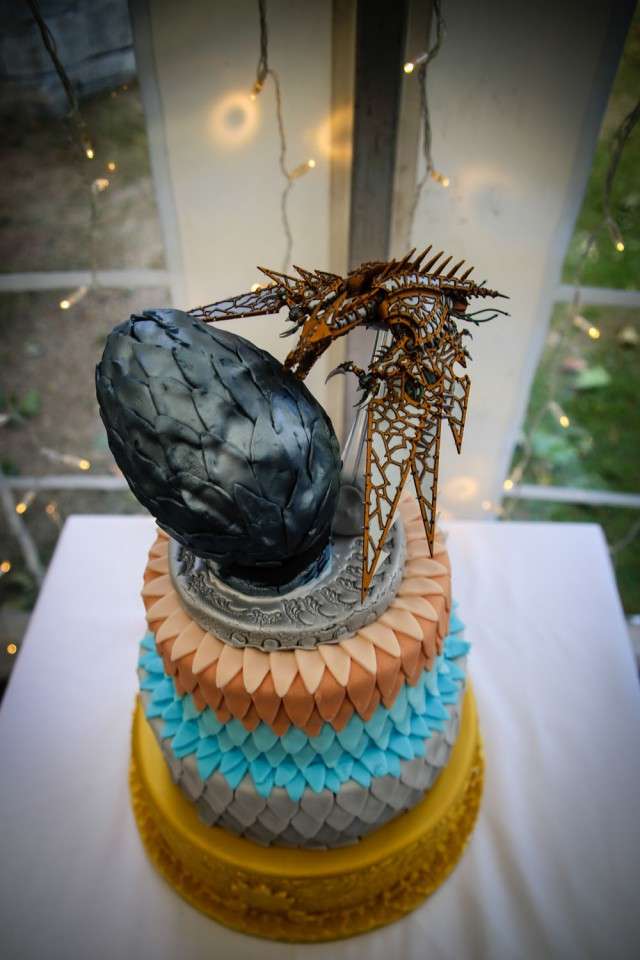 The bride’s dress was made for her by Lyndsey Clark Boutique. “My dress was a sort of ‘Cinderella undone’ as it was Steampunk style formal but made up of rag styled fabric. I made my bouquet out of buttons and brooches, even having a cat button for each of our cats which I painted. I sewed matching buttons from my bouquet onto Matt’s waistcoat.”

“Your wedding doesn’t have to look like the traditional wedding magazines if you don’t want it to”, Kat concluded. “Just because something says ‘wedding’ doesn’t mean it is right for you. It is a day to celebrate you as a couple and throw a party your way. You only get to do it once (hopefully!), so show everyone how you want to remember your wedding!” 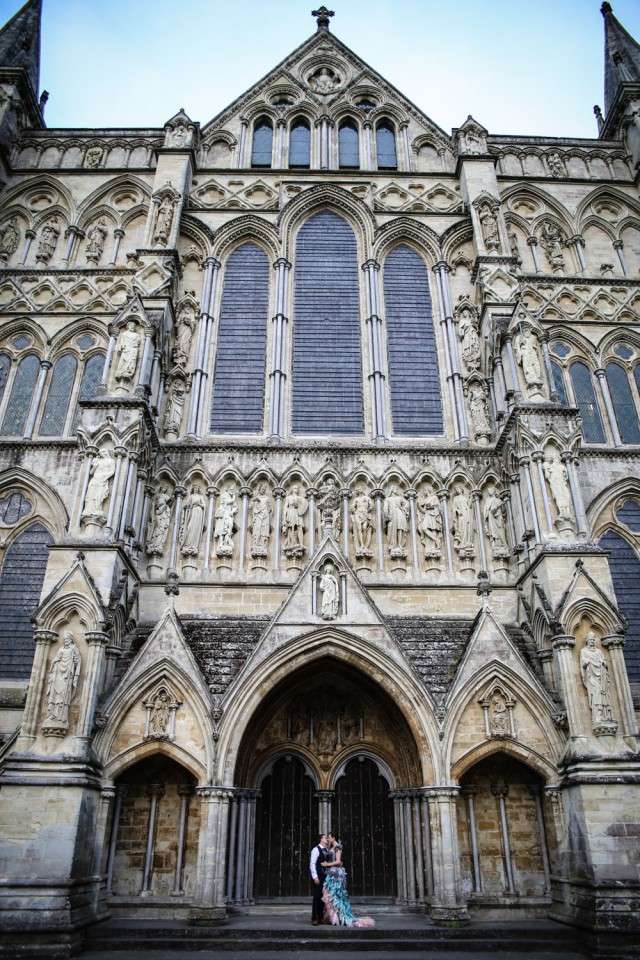 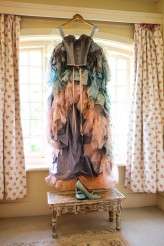 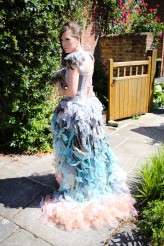 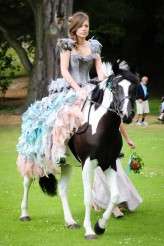 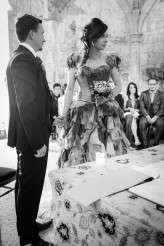 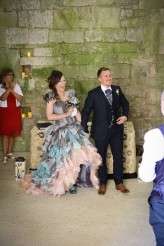 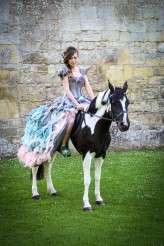 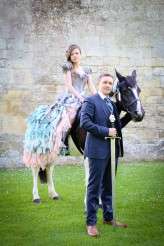 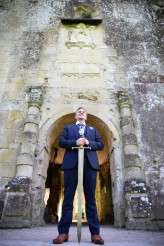 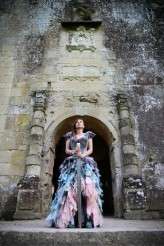 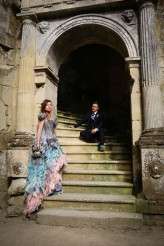 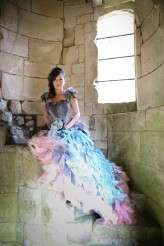 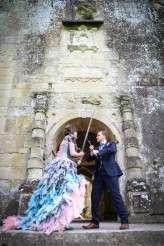 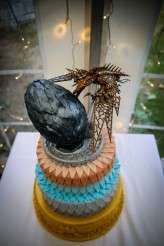 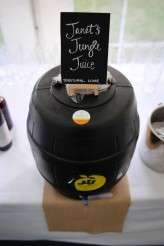 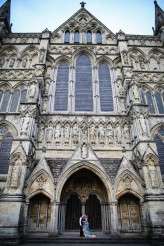 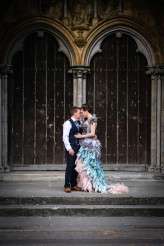 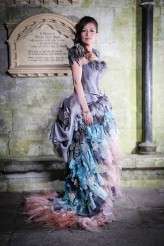 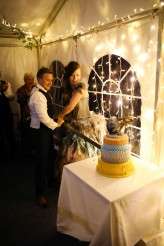