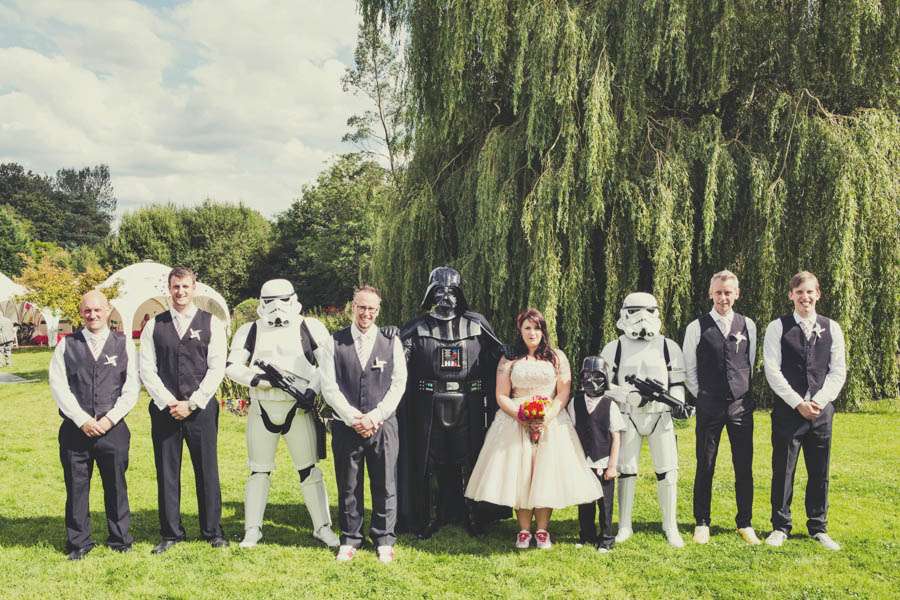 With just £5000 to spend, Jennie & Jon we’re able to pull of their homemade and geeky wedding with a little bit of imagination and a lot of elbow grease! The ceremony took place at Emmanuel’s Church in Sidlow and the reception was hosted at the bride’s mother’s house. 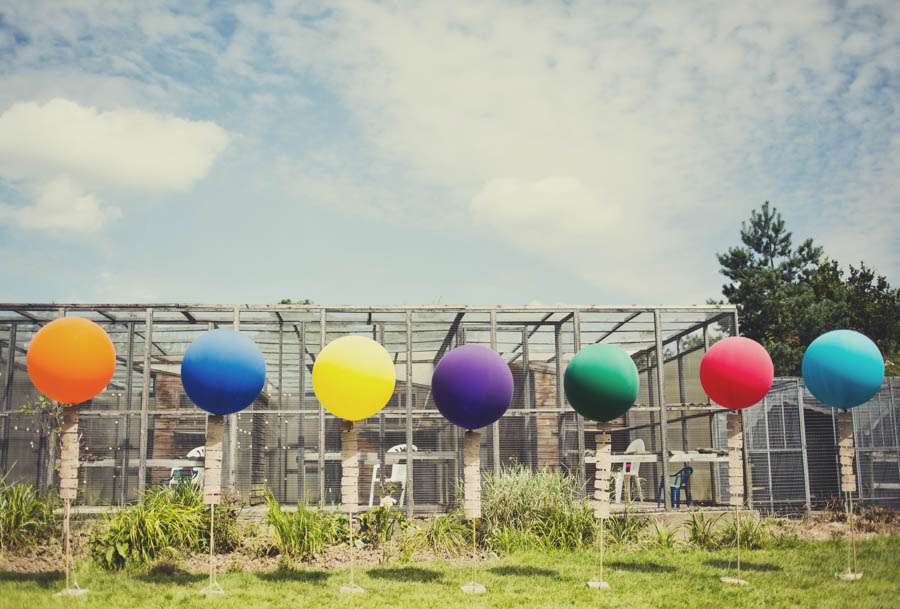 “We knew that when we decided to get married we would have to do it our own way and make it very individual”, explained the bride. “We are both complete geeks and children at heart with a love for Star Wars and Lego, so how could it not be fun? We definitely didn’t want a wedding that could have been anybody else’s. All our friends live so far away and we only get together once or twice a year so we also wanted it to be very relaxed that we could just spend time with each other. We wanted to do as much as we could ourselves and scoured eBay and car boot sales for cheaper items.” 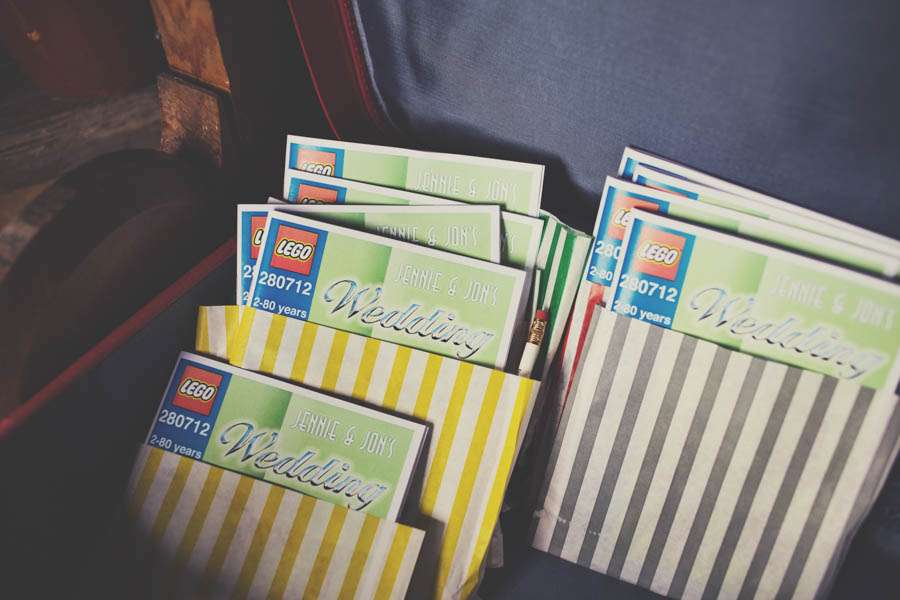 “We designed a ‘fun book’ instead of an order of service. Jon designed the front cover in the style of Lego instructions with a bride and groom mini figure. We included all the order of day information as well as bios of the wedding party, word searches, a quiz and photos of my dad and Jon’s mum who had passed away a long time before.” 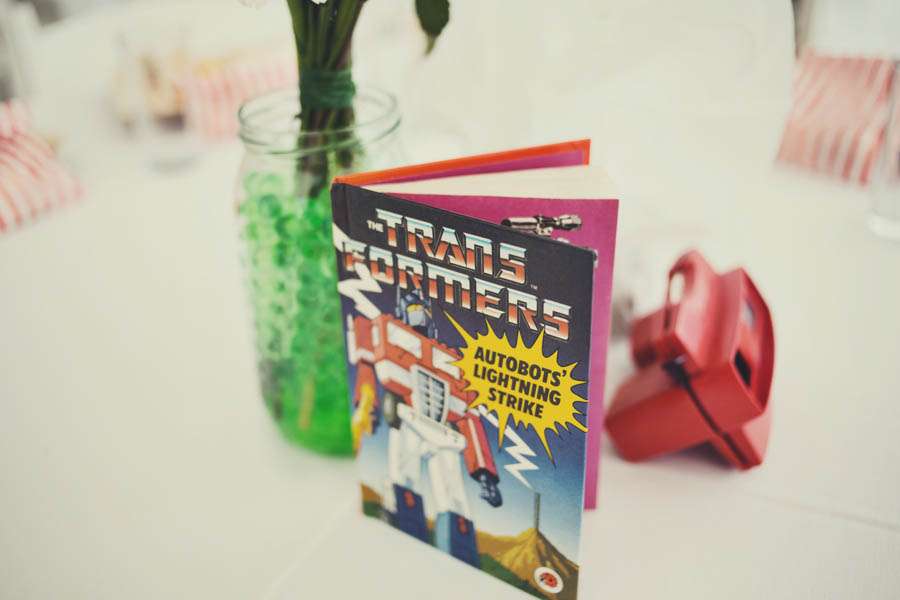 Having to save money didn’t mean they didn’t have plenty of surprises in store for their guests including a Spiderman bouncy castle, custom temporary tattoos and characters from Star Wars! “We didn’t tell anyone that we had booked the 501st legion to be at the reception so when people turned into the drive they were directed to their parking spaces by two Storm Troopers and Darth Vader! I think they were sick to death of the ‘these aren’t the droids..’ quote by the end of the day!” 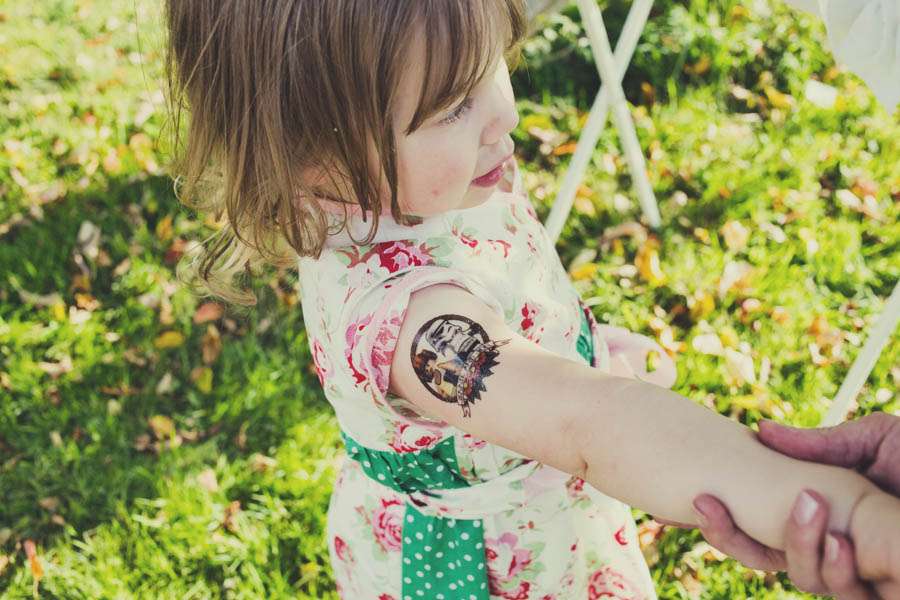 “The temporary tattoos went down a storm. I have some very large tattoos and I actually met Lisa Jane, our photographer who is also heavily tattooed, about 8 years ago thanks to tattoos as we both get them done by the same artist. It seemed only appropriate that our guests should be tattooed too. Everybody tried them out!”

Jennie wore a Justin Alexander dress which she bought second hand from eBay (although it had never even been worn!), Vivienne Westwood shoes which she changed for custom Nike ID trainers later in the day. Her bridesmaids were in Viva-la-rosa dresses and the flowergirls wore dresses made by the bride’s mum with fabric from Ikea. 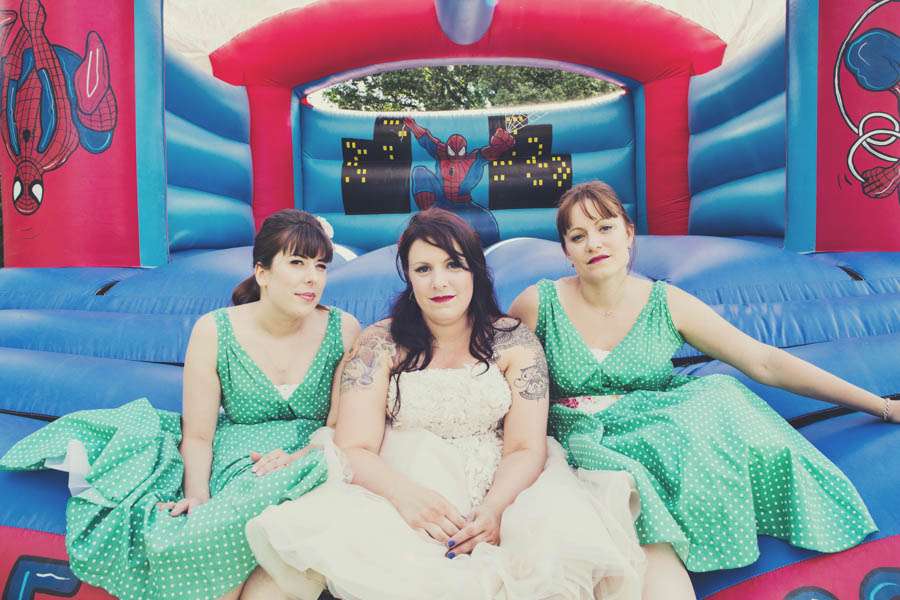 “Our family and friends made this wedding what it was!”, Jennie concluded. “Jon’s best men (one had come all the way from Colorado to be part of the day) and their families helped cut, build, fix, make and bake over the week leading up to the wedding. My mum and step dad allowed us to use their house and garden for the reception and grew so many amazing flowers to decorate the grounds. My maid of Hobbit (a family joke) was my sister and she made cakes, collected glasses and made cake stands, created our flower arrangements, made hair decorations, made 100s of metres of bunting and was generally AMAZING. My step sister Becky, was my other adult bridesmaid, was fantastic at making so many salads and helping to create and set up the marquee. I’ve never realised how lucky we were to have the people around us that we do until we got married!” 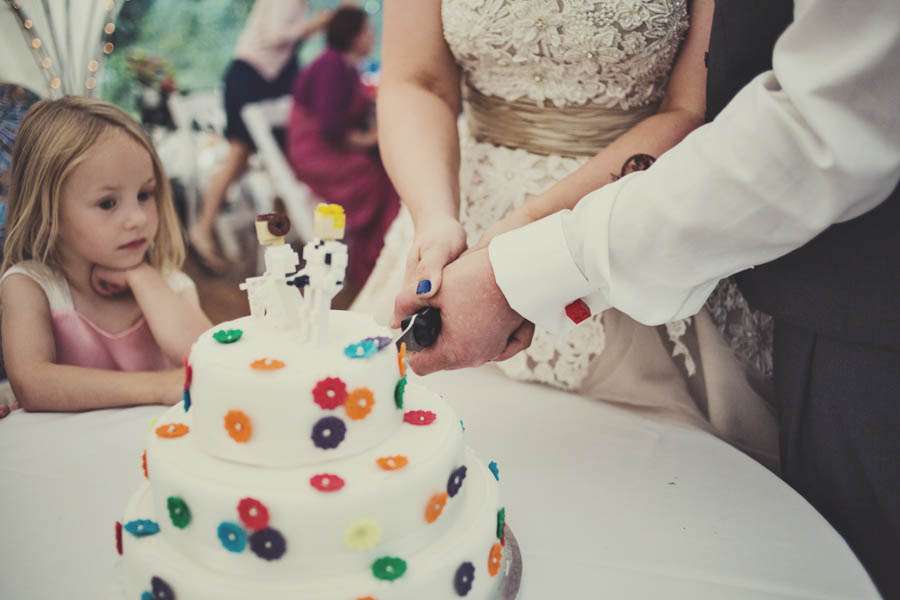 Awesome! I totally love a geeky wedding. Thank you to Jennie & Jon and their wedding photographer, the awesome Lisa Jane for sharing with us today. 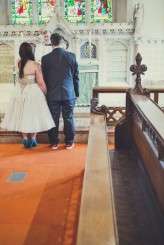 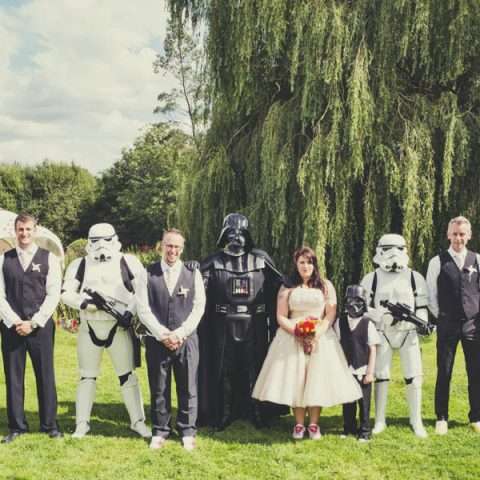