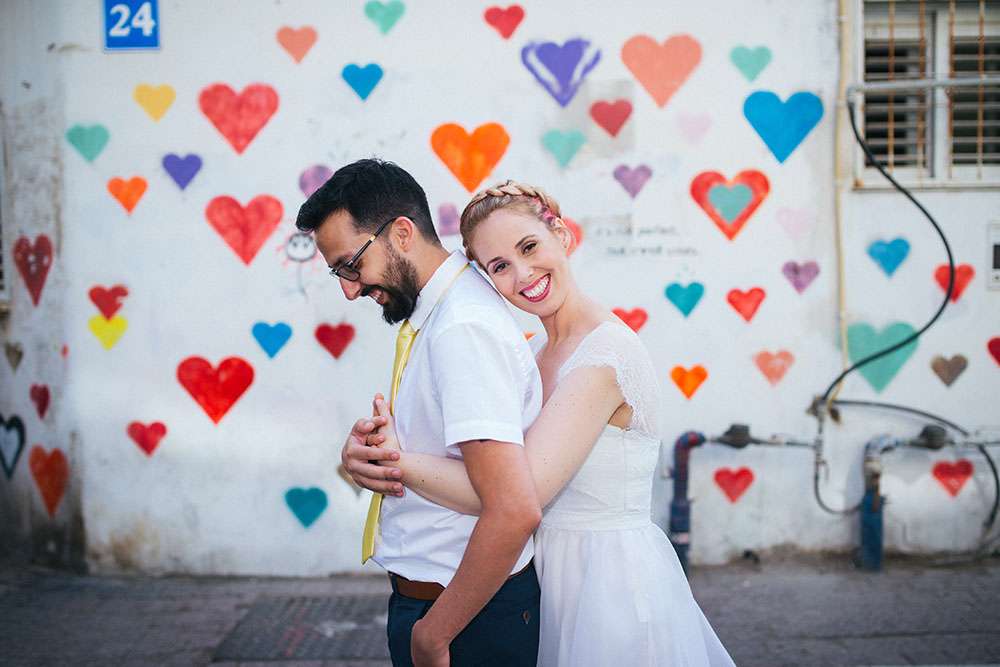 Reut and Gidi had a few key things that wanted to include in their Israeli wedding. These were a relaxed vibe, an unusual venue and vegan food!

“We wanted something natural, genuine, simple and most importantly – that felt like us”, the bride began. “We are also vegan so vegan catering was a must. This is quite a big deal in Israel, where food is a big issue for wedding goers, and they ‘expect their steak’. Another issue that made the wedding unique was the lack of dancing. Gidi hates dancing, so we had an event where the centre is not a dance party (which is the norm in Israeli weddings) and more just like a casual get together.” 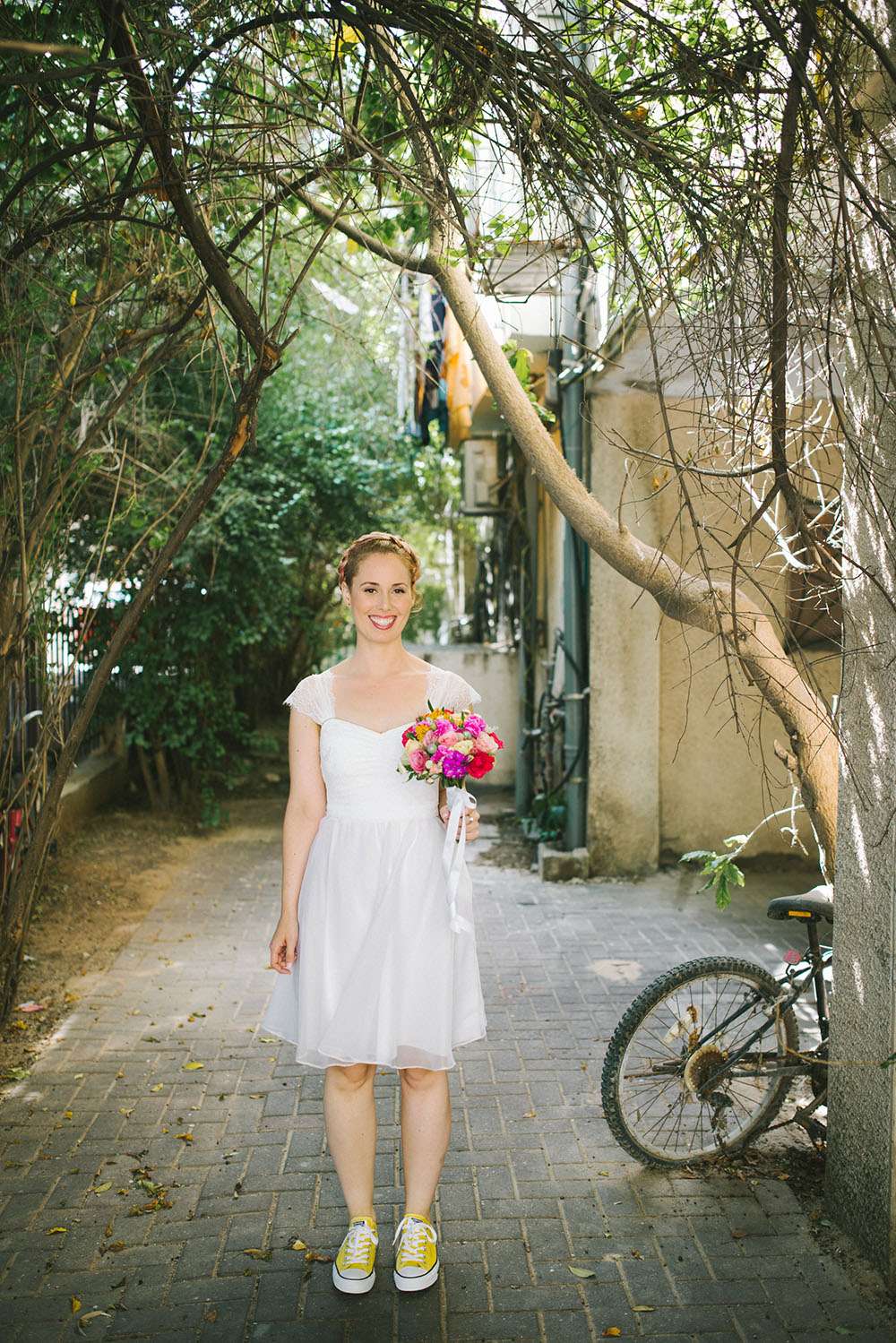 The wedding was held at an vineyard called Karmei Yosef, a communal settlement in central Israel. “Obviously the location also contributed to uniqueness of the wedding too”, she continued. “Israeli wedding usually take place in venues that are designated for that, and not in an olive grove.”

“Our wedding was very simple and very close to nature. In terms of décor we also kept it fuss-free. We drink lots of beer in our home, so we always have loads of empty beer bottles around the house. We peeled the labels and made our own vases that were filled with flowers and were
spread everywhere throughout the wedding.” 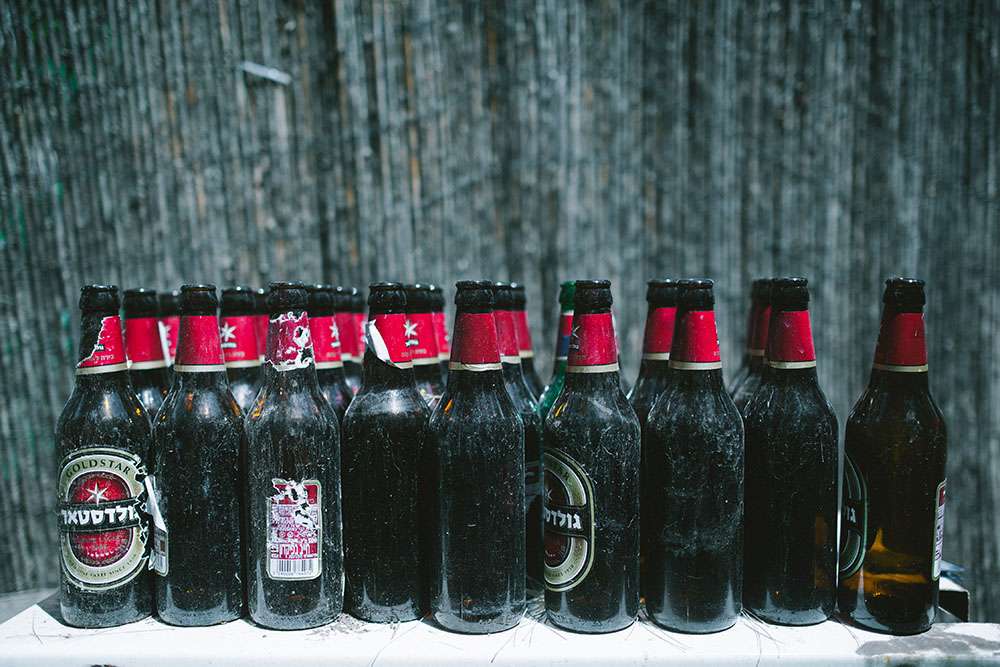 “Our biggest savings were on our outfits”, she said. “We spent less than $1000 total on both our clothes when the norm is Israel has got to be closer to $5000. We wore Converse shoes and Gidi didn’t wear a 3-piece suit that is expected here. Instead he went with a shirt and shorts. I wanted a simple dress but the truth is that it was not a financial decision at all. I was just a matter of what we like, what was unique and reflects who we are.” 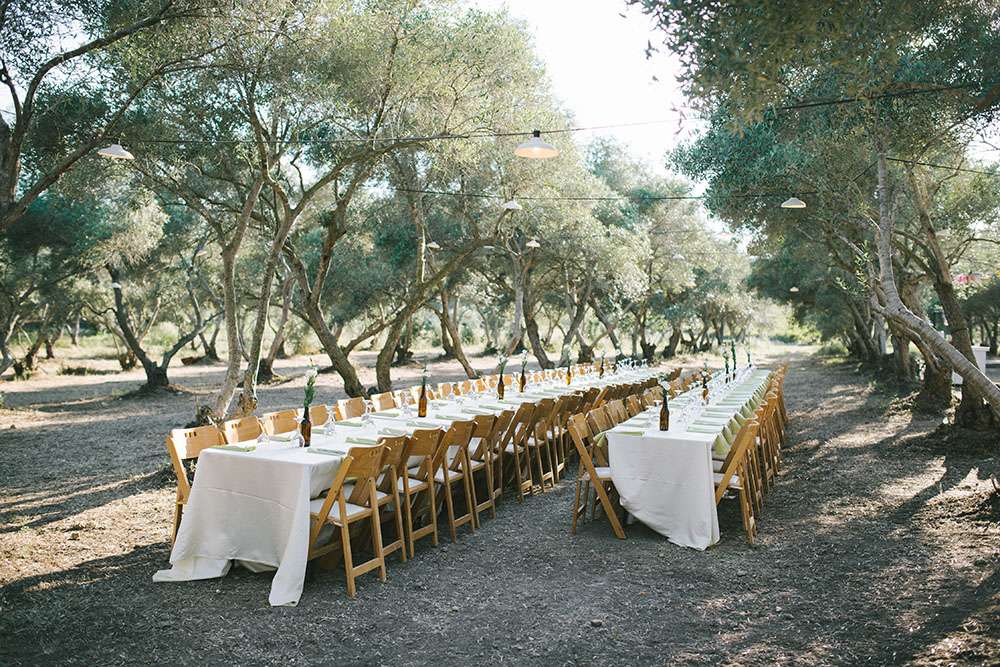 “Our advice to other couples is to be themselves and do their wedding the way they want. If you can, pay for things yourself so don’t owe anybody else anything. Remember the people who love you will also love an event that reflects who you are. Don’t try and make everything perfect because it won’t be. Worrying about the wedding not being perfect will only make you enjoy the whole process much less!” 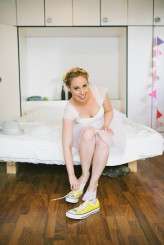 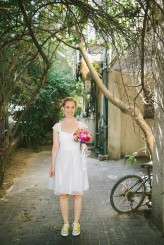 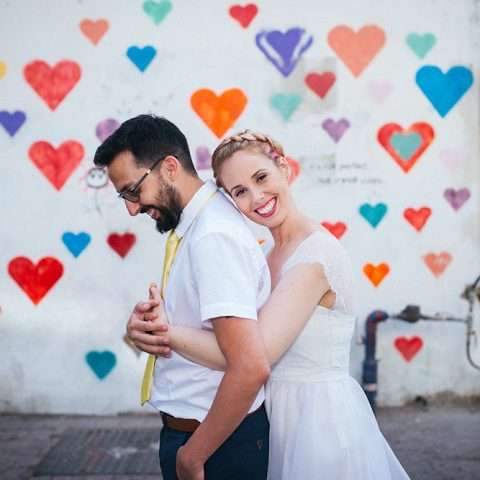 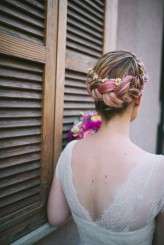 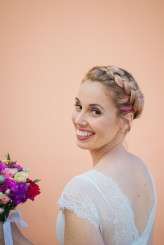 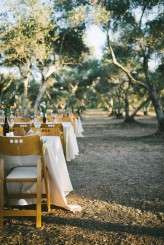 Danielle and Daniel, both heavily into body modification and suspension, knew they had to bring this mutual love into their July wedding. The wedding took place in Tel Aviv, at EVE, one of their favourite restaurants. Warning this wedding contains graphic images of body suspension. If you are of a delicate disposition, you might want to skip over it!

Live Action Role Play Wedding with the Groom in a Suit of Armour!

Well this is something new (well, actually very old!) - a groom in a suit of armour! As soon as I saw this wedding, I had to know more about it. Leen and Liron were married in March in Israel.

Noa and Revi really just wanted to feel at home for their wedding. Although their marriage isn't legal in Israel, that didn't stop them wanting to commit their lives to each other.

Laid Back Vegan Picnic Wedding on a Tuesday Afternoon

Louise and Jack celebrated their marriage with a super lovely vegan picnic in the park with their little girl, and gave us all a masterclass in how you truly can have a day that's only about you and your love.