Well this is something new (well, actually very old!) – a groom in a suit of armour! As soon as I saw this wedding, I had to know more about it. Leen and Liron were married in March in Israel.

“The inspiration to the wedding was medieval times and fantasy literature”, explained the bride. “We also both LARP (live action role play) so a wedding full of magical characters in medieval style was a natural choice for us. We chose a venue that beautifully suited the theme and we chose the night of the Jewish holiday, Purim, to celebrate the wedding because it’s a masquerade holiday – and we knew people would enjoy dressing up! We asked the guests to dress in theme, and had some props for the ones who didn’t (we were so thrilled and our guests were beautiful).” 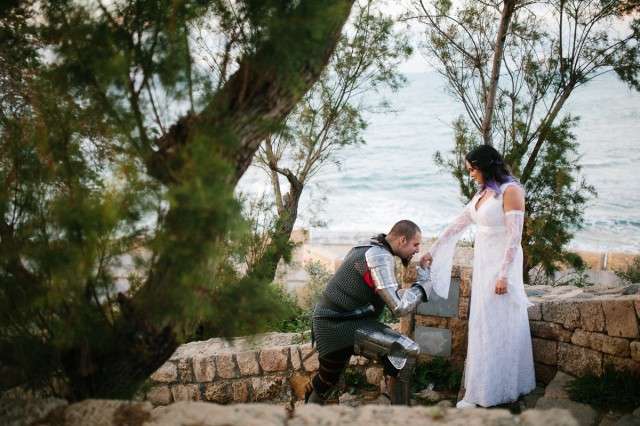 “Our wedding ceremony was officiated by my best friend”, she continued. “He was dressed as Lord Petyr Baelish, and wrote the whole ceremony by himself. We had a traditional vow exchange, and then a handfasting ceremony.” 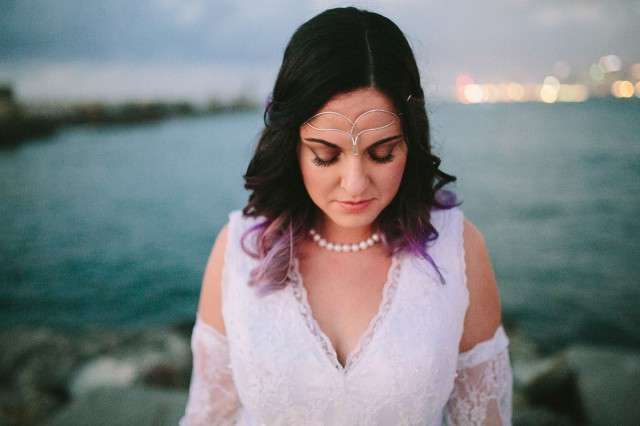 “We tried to be very calculated with our budget”, she said, “but I have to say, the suit of armour was our biggest expense! It was always my husband’s dream to marry in one, and obviously it fit the theme so we had to do it! He chose a beautiful custom made armour, which was probably the only thing we didn’t save money on.” 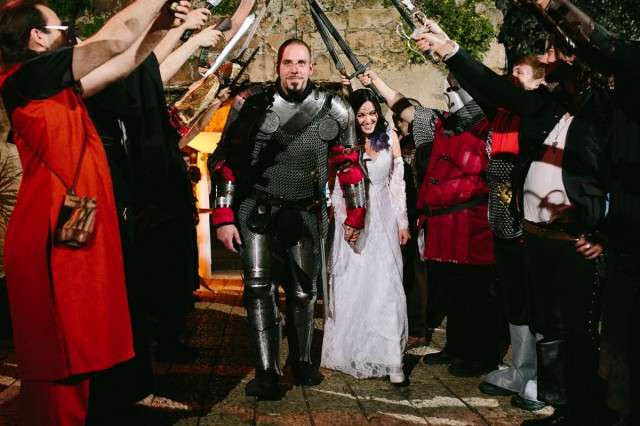 To counterbalance that cost, the couple DIYed or saved on nearly everything else. “I ordered a lot of decorations off eBay, and decorated the whole venue myself. We actually went there the day before to do all the decorating. I also wanted to do my own hair and make up to save money but luckily, my friends convinced me to have a professional do my make up which was the right choice!” 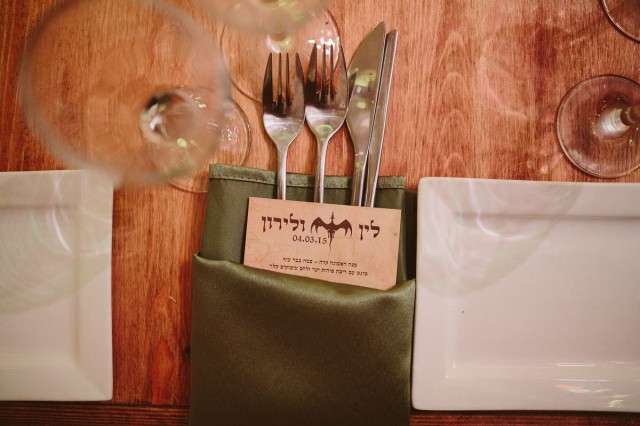 “The only thing I’d change about our wedding is I wish I hadn’t taken on so much myself. It was very stressful and I wouldn’t recommend it. Instead I should have delegated more.” 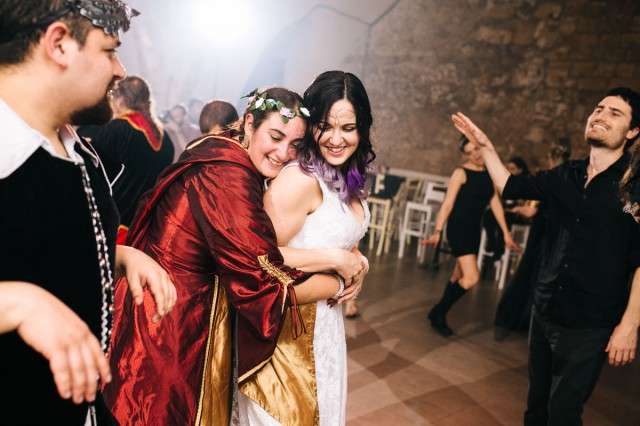 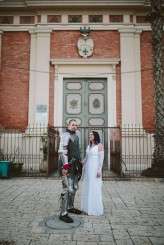 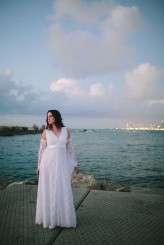 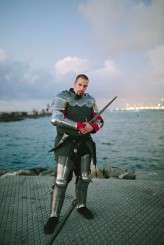 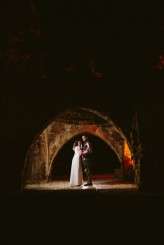