The inspiration for video game designers Kirsty and James’ wedding was an obvious choice – er, video games! They really went all out on their theme with everything they did centring around it.

“We wanted our wedding to be a really fun day for everyone”, began Kirsty. “James and I make video games for a living, so we’re quite good at understanding how to create fun situations for other people to enjoy. I spent about a week trying to think about colour schemes and the like, then thought ‘sod it, lets just have stuff we like, who cares if it matches!'” 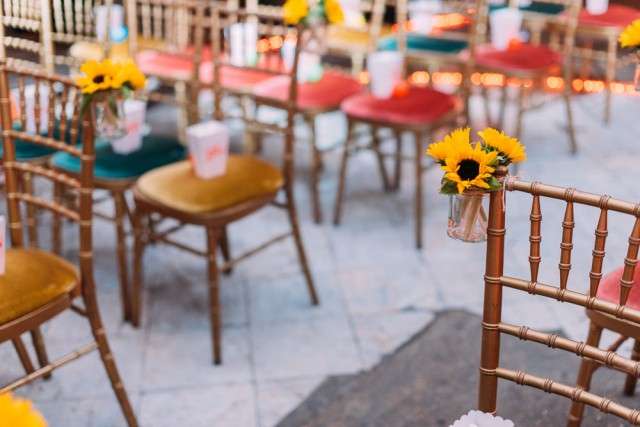 “We had my favourite flower, sunflowers, in jam jars with LEGO kits, and our table names were our favourite video games. We asked two of our friends to make our wedding cake, and had figurines of our favourite video game characters as the cake toppers. We also had a beautiful ice cream van outside. “We had movie style posters outside the venue advertising the wedding, then as people went inside there were soundtrack themes from our favourite films playing. We also had little boxes full of popcorn on each seat.” 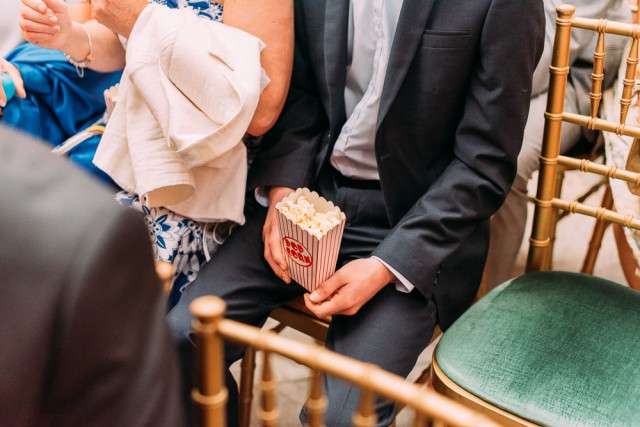 Their ceremony, at Proud Cabaret in Brighton, also fit in with their theme. “The legalities of a wedding are usually a bit boring, so we decided to create a game which involved the audience,” she continued. “We had two rows of blocks painted as Mario bricks and coin blocks, creating a path from the side of the stage to the registrar’s table. We commissioned a carpenter to make them for us and we painted them. The idea was that we had to make our way along the path. We had a mixture of questions and tasks that the audience had to participate in. For example there were two large buckets on the stage, one for me and one for James, everyone had a small plastic ball under their seat which they had to throw into either James or my bucket – whoever had the most balls in their bucket at the end could move along the path!” 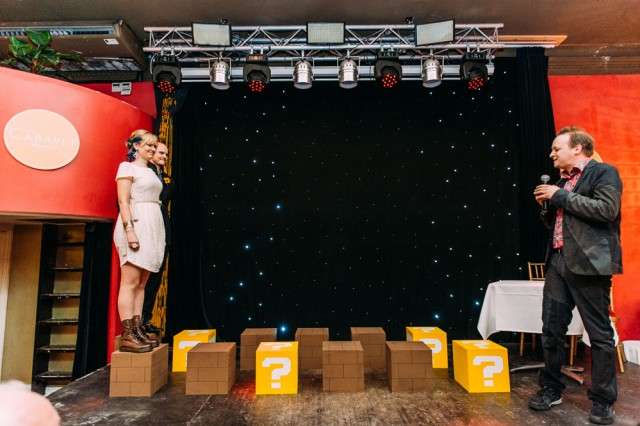 “We also placed a letter under each seat, which was part of a massive anagram that the audience had to solve. We were so lucky to convince Stephen Grant, an amazing comedian, to compare the whole thing – he was hilarious and set the tone for the whole wedding. Of course no wedding is complete without a sing-song, so when we reached the end of the path and the registrars desk everyone sang the Happy Days theme! The whole ceremony was so much fun with everyone roaring laughing the whole time!” 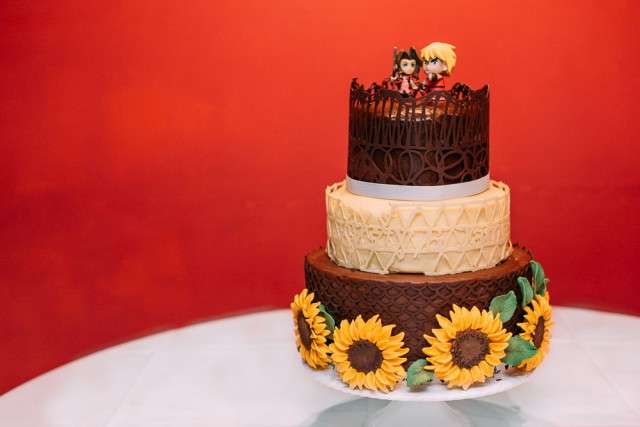 “Getting married on a Sunday saved us a lot of money on the venue”, she explained. “It also meant that everything we wanted to book for the day was available because who else gets married on a Sunday!? We also saved on my dress. I knew that I didn’t want to spend much money on something I’d only wear once and after trying on about 50 dresses I finally found one I liked. It was a sample and I ended up getting it for £80 because the top part was sewn on backwards!” 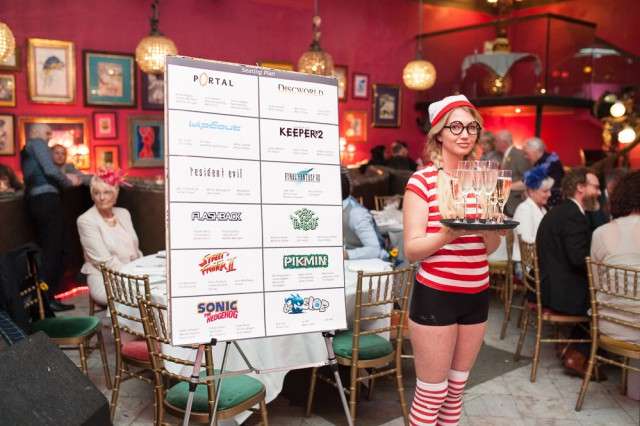 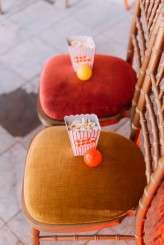 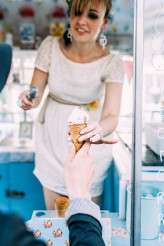 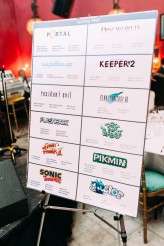