Well that’s a wedding theme you don’t see every day! Claire and Neill both love wrestling and gothic culture so that’s where they started when it came to planning their March wedding.

“We had many different inspirations for our wedding”, said Claire. “Both of us are massive wrestling and rock music fans and we wanted to reflect this in our style and theme. We also both identify as atheists and feminists and really wanted a ceremony to reflect this too. Both our parents walked us down the aisle as we wanted to do away with any old symbolism associated with weddings.” 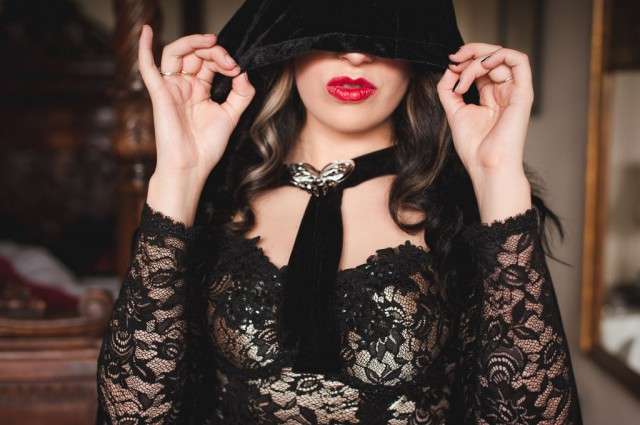 The wedding was held at Belleek Castle in County Mayo, Ireland. “Our celebrant, Bridget Carlin, was fantastic”, she continued. “She created a tailor made ceremony reflecting our love and belief system. We had a Celtic binding ceremony and both took soil from our respective grandparents’ houses. We are then to use this soil to grow a tree as a representation of our love.” 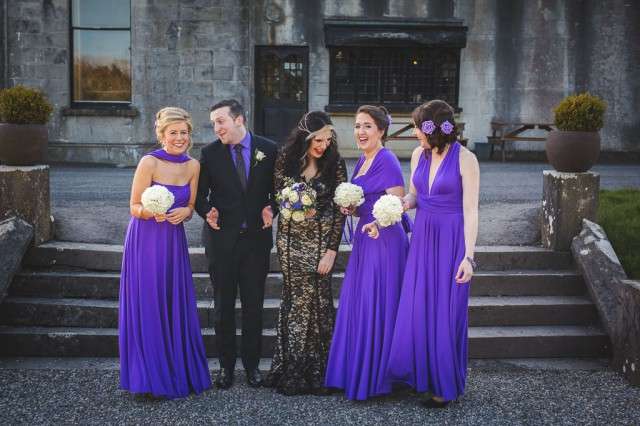 “Style wise we both of us opted for a gothic look. Neill wore brocade Victorian tailcoat with leather pants while I wore a long fitted black lace dress. Neill’s mother, Dee, designed and created my beautiful head chain. Belleek Castle was extremely gothic and I felt our garb and accessories completely complimented this. Also, I bought a long black velvet cloak, and as one of the children at the wedding commented, I looked like an evil Elsa from Frozen!” 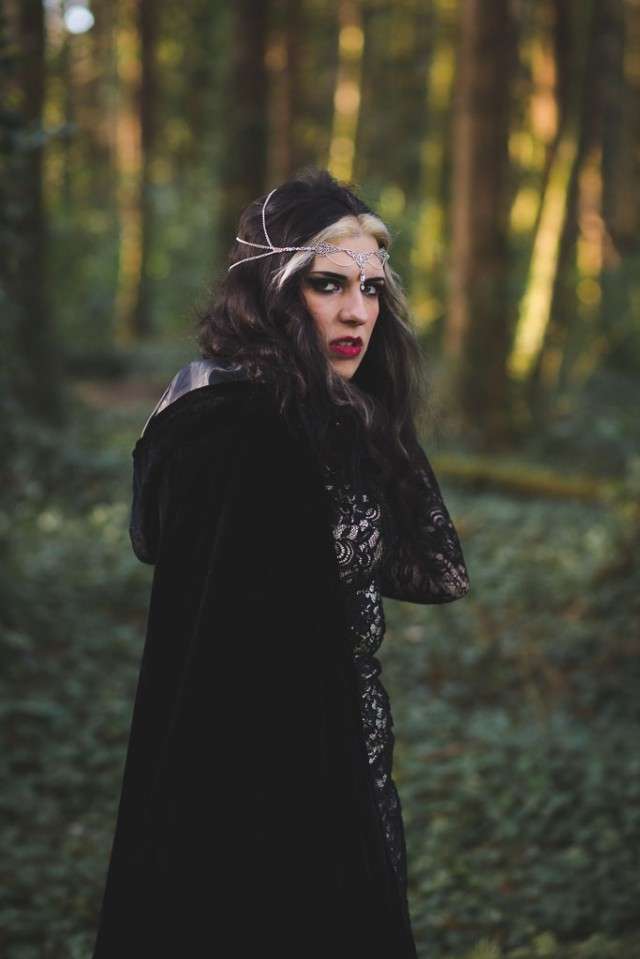 The bride owns her own alternative clothing company, Turbo Lover Clothing, so she is very creative and wanted to be hands on with all the décor and props. “We made our wedding invitations from scratch”, she explained. “We both ADORE Fleetwood Mac and wanted to recreate the Rumors album as part of our invitations. Neill found a downloadable template to create miniature album invitations, complete with records inside. A good friend and wonderful photographer, Sorcha Murphy Photography, took our album cover shot which was the hardest pose ever!” 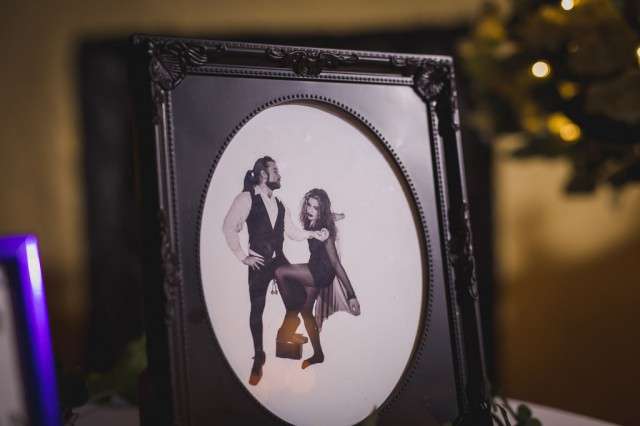 “We also created our own candy buffet. I religiously collected purple sweets for months and my mother sourced the old style sweet jars and a wrestling ring for marshmallows! I created the bridesmaid’s bouquets and flowers for their hair. I sourced really cheap realistic foam flowers and with the help of a glue gun and some purple ribbon, it took only an hour to create them!” 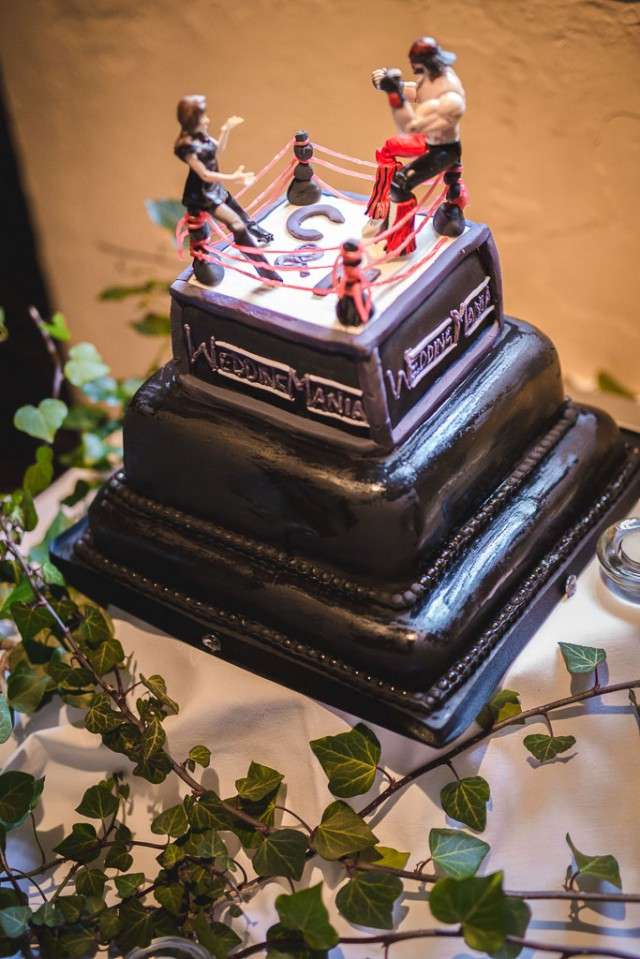 “One of our favourite moments, other than actually getting married of course, was when we played together with our combined bands in lieu of a first dance”, she concluded. “Playing behind Neill with him singing Born to Run made my life. He also changed the lyrics to my name which was the sweetest thing ever!” 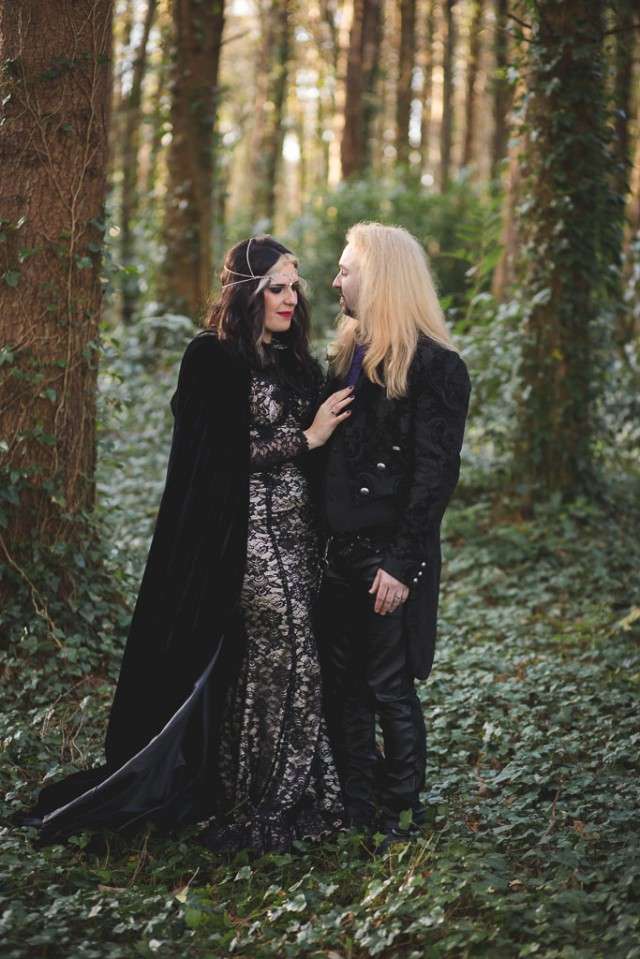 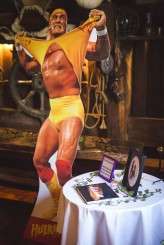 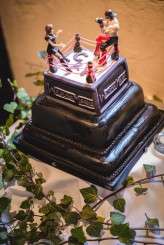 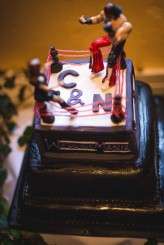 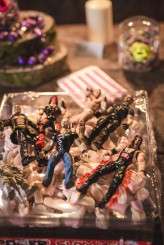 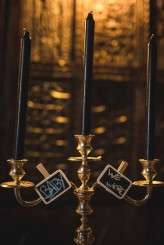 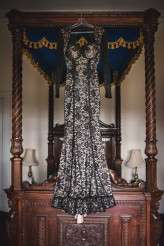 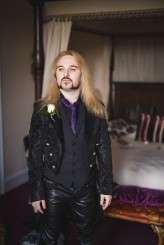 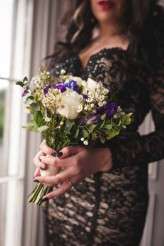 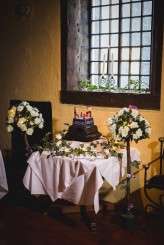 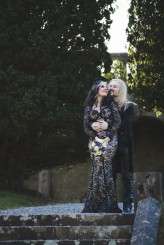 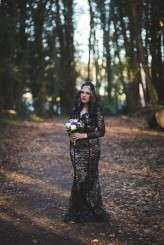 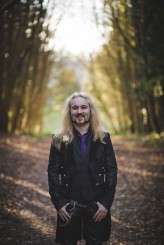 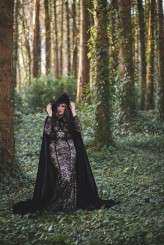 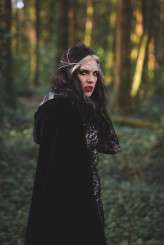 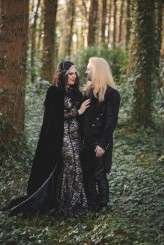 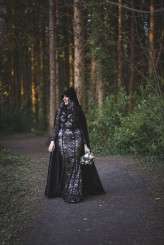 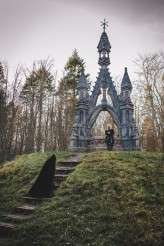 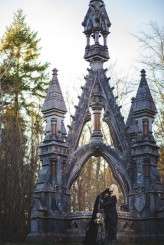 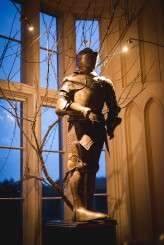 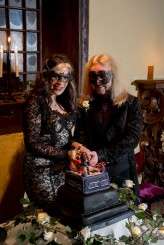