Stacey and Rob’s gorgeous wedding was full of fun touches. From the lighting to the reception décor, and the flowers to the homemade hessian bunting, everything was planning with meticulous attention to detail. 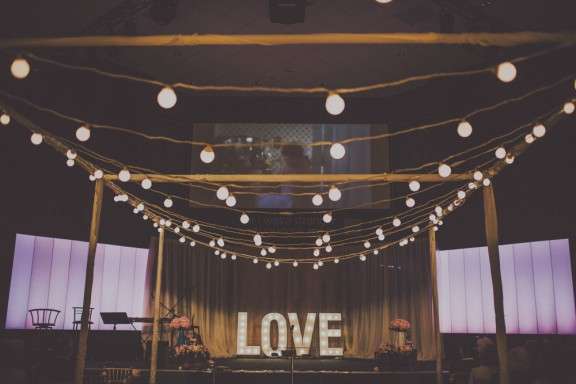 “Pinterest inspired a lot of ideas for our wedding”, began the bride, “but I think mainly, our wedding was unique because we just did what we wanted. We didn’t stick with tradition, didn’t go with the rules, didn’t do what we ‘should do’ at a wedding. We just designed the day by asking ourselves if we were at a wedding what would we want.” 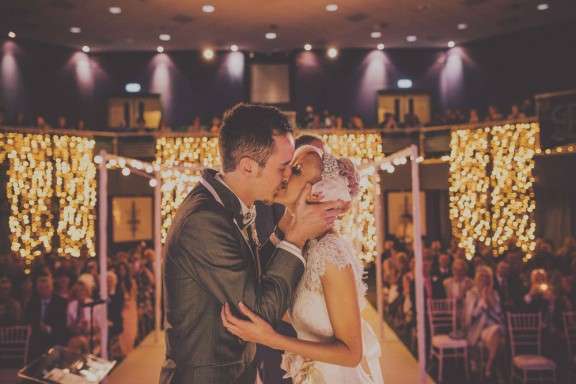 “We wanted a fun, chilled out wedding with lots of laughing, heaps of food and some surprises”, she continued. “We created a fairground garden in our church and the daddy daughter dance was to Beyoncé’s Single Ladies… It was awesome and we loved every minute!” 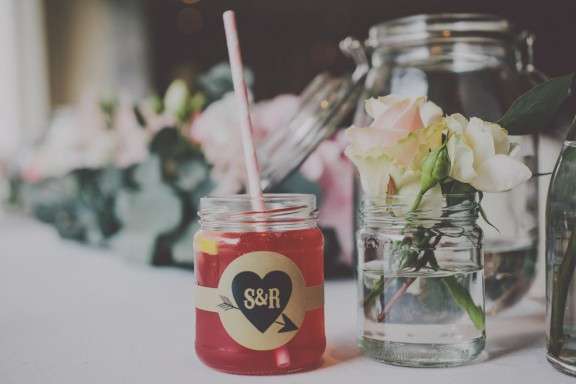 “We kept the lighting in the church soft and the colours pretty. We tried to make it feel like a garden with festoon and fairy lighting and our lightbulb sign. We had trees and flowers and an old white washed table for the signing the register. For the reception was kept the outdoor garden feel but made it more like a fairground theme with ice cream, popcorn, candyfloss bicycles, coke bottles in crates, a kissing booth, bunting, ribbons, hessian, old wooden barrels, flowers in mason jars and haybales. Wee just wanted a fun, young, free and quirky theme so that our guests would stay about and enjoy themselves.” 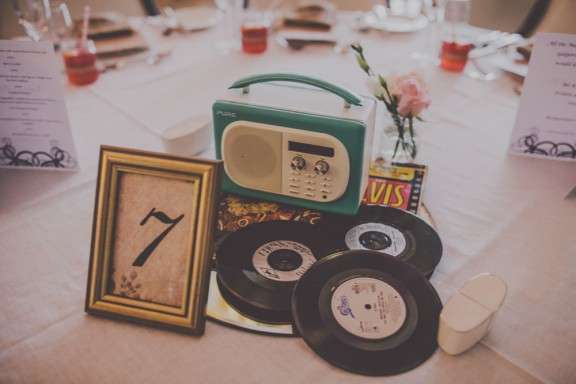 “I genuinely can say we loved every minute of the day”, she concluded. ” We had so much fun and our guests had a great time too so it was all and a little more than we planned or dreamed… cheesy but true.” 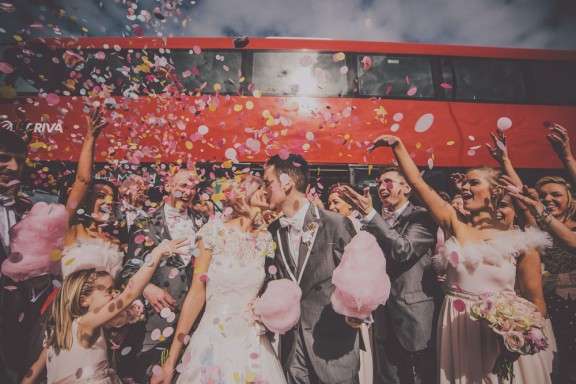 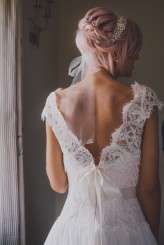 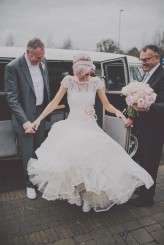 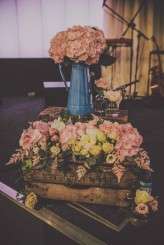 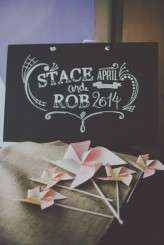 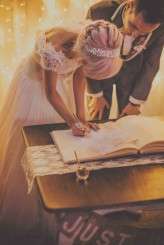 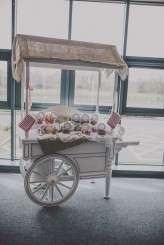 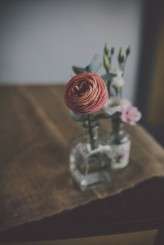 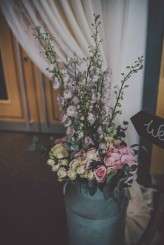 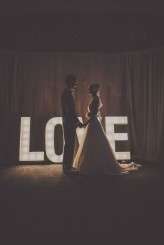 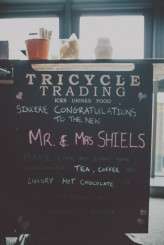 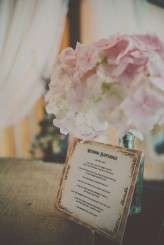 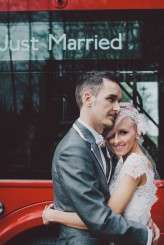 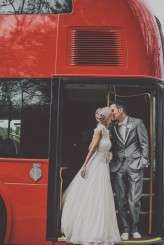 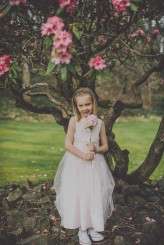 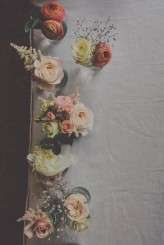 Jake and Pixie were married at the fabulous Lyde Court in Hertfordshire. They took that space and transformed it! Two years of wedding planning meant the couple had plenty of time to collect and create all the little details that went into their beautiful reception space.

Both introverts, Charley and Simon wanted their wedding to be as undaunting as possible! They achieved this by focusing on what really mattered. Their ceremony at Islington Town Hall was followed by a reception at The Union Club in Soho.