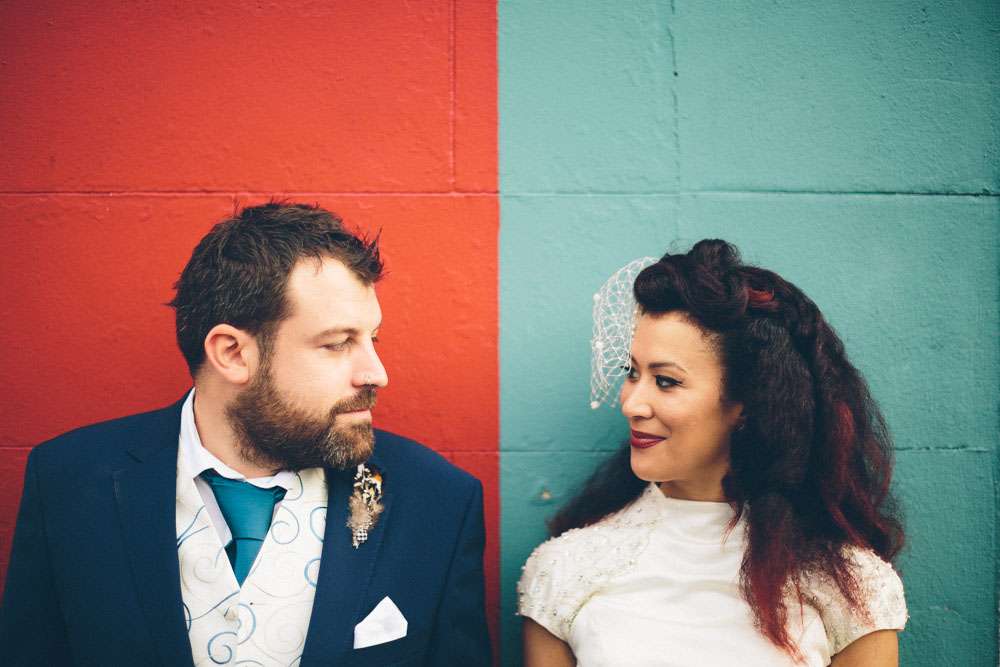 “Our theme was Dia de Los Muertos meets the Owl and the Pussycat”, explained the bride. “Bright, vintage, musical, quirky and memorable.  This theme ran throughout from the vintage style Save the Date cards complete with his ‘n hers skulls, the wedding invitations which were made from real 7inch records, the Sailor Jerry style wedding programme which had old style tattoos on it, the wedding cake and bridesmaids’ dresses. The reception tables had painted sugar skulls on with ladybird books, filled tea cups, birdcages and flowers in jars.” 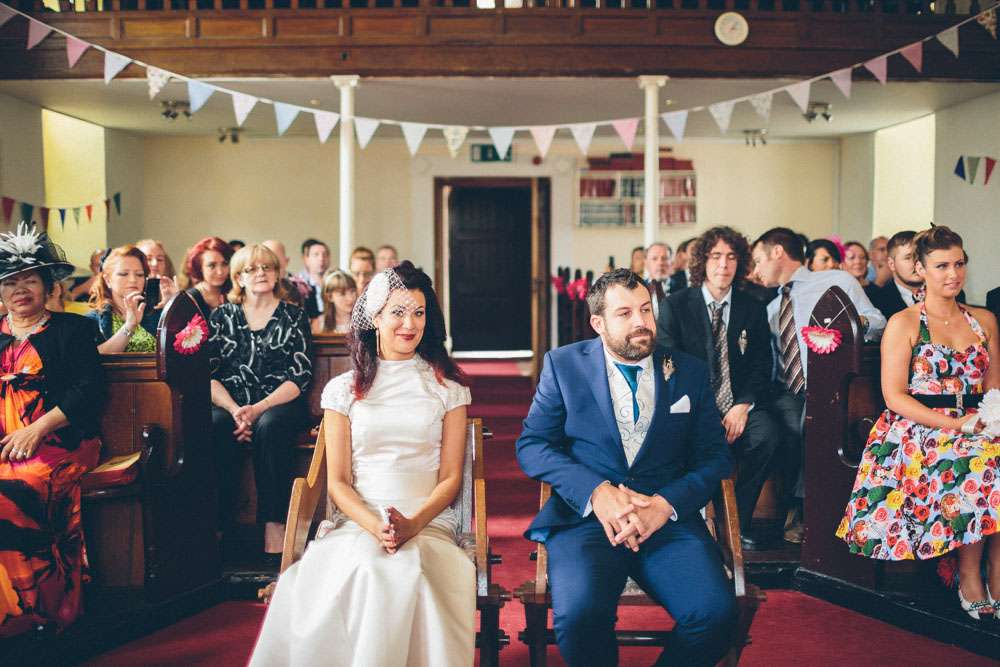 Rowena bought her dress second-hand from eBay and had it customised into a 1930 style. She fell in love with the dresses of that time period after watching one too many movies set in that era!

“In Ireland, weddings still tend to be quite traditional and never really deviate from each other”, she continued. “We wanted to have something different and therefore memorable, one of those weddings that stands out and looks like something from a film or from a magazine.  I decided early on that I would not follow any of the ‘rules’ that brides and grooms feel compelled to adhere to. I never went to any wedding shops, I didn’t have fresh flowers, we didn’t have a DJ or a first dance, there was no set seating and nobody gave me away. The whole day was very off the cuff yet totally relaxed.” 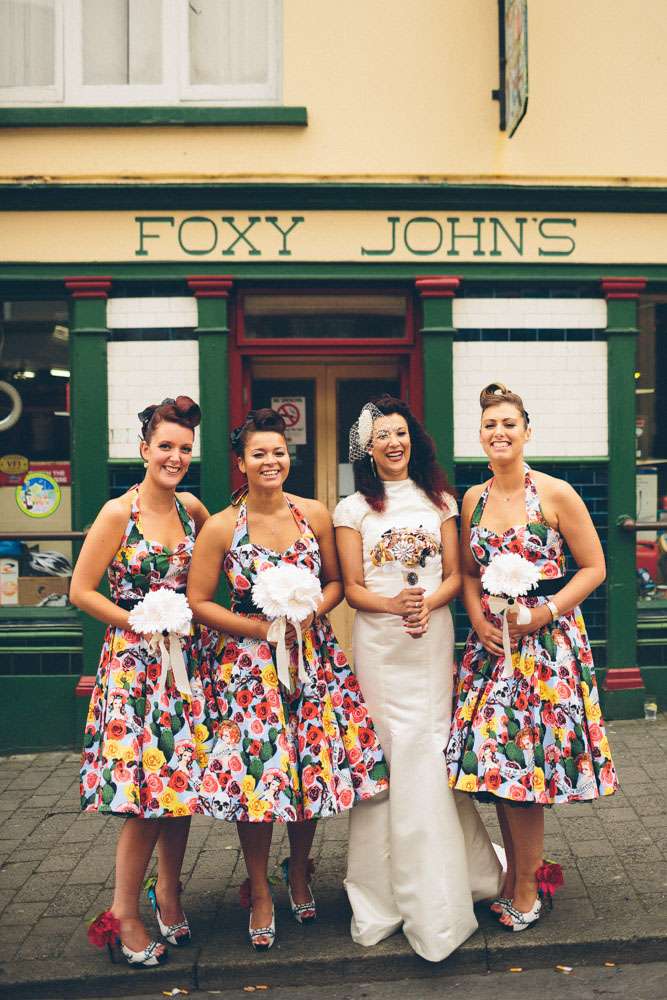 The reception was held in a local pub and after their meal they all moved to the front bar which was still open to the public (this also saved money because they didn’t need to have exclusive hire). “After the meal we all moved into the front bar where my husband’s band The Brandy Thieves played. A number of the guests brought instruments, there was a very musical theme running through the service and this continued through into the reception.” 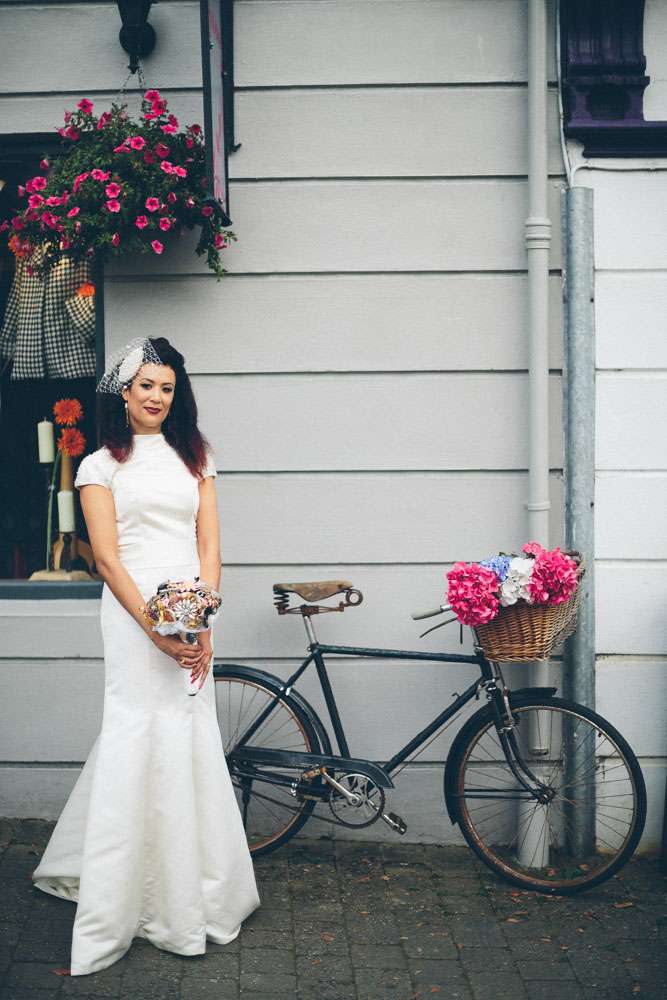 “The bar was still open to the public and we ended up having people coming in from off the street and guests of the hotel who asked if they could join in the fun – the more the merrier!! In the end there were people getting their chums from other bars nearby to come up to be a part of the craic. A lady from LA came over to me to ask who the wedding planner was as this was her job back home – when I told her it was all down to me she was pretty surprised and said there is a niche market for these more low-key, fun weddings and started to ask me about whether I had ever considered it as a career!” 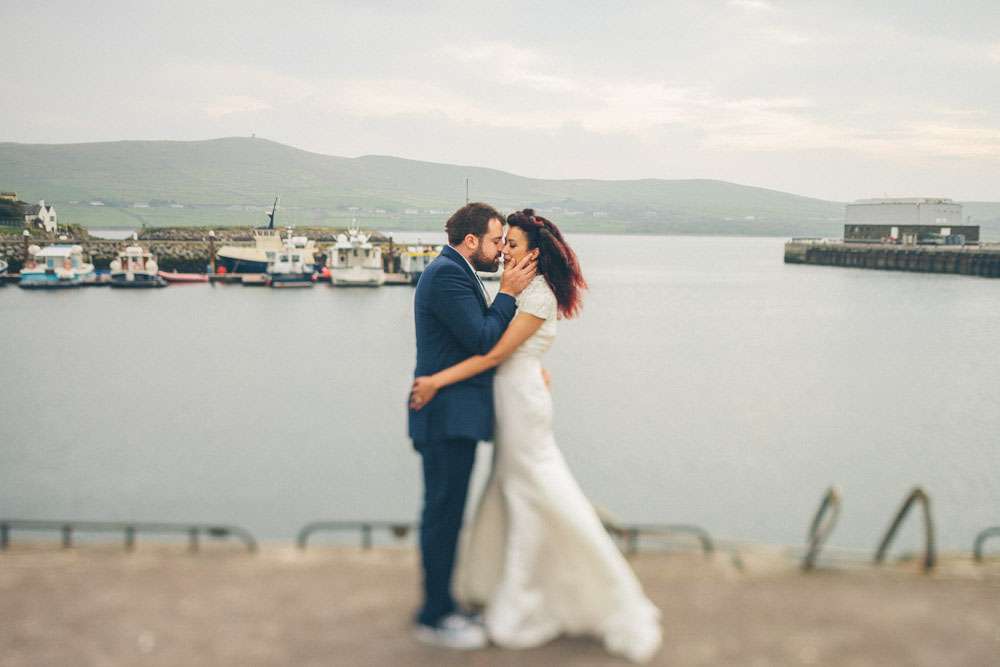 As you can probably imagine, nearly everything in this wedding was DIY. The flower embellishments at the church, the cake toppers, the bride’s brooch bouquet, the bird cages and tea cup ornaments on the tables, the scrabble signs and the buttonholes for the boys were all made by the bride.

“Making my own decorations and brooch bouquet myself were so much cheaper than buying them from somebody else”, she said. “I also scoured second hand shops, vintage fairs, Etsy and eBay for things. Also I didn’t bother with a lot of the very traditional ideas such as fresh flowers for the church and reception and we I had a sweetie bar instead of favours.” 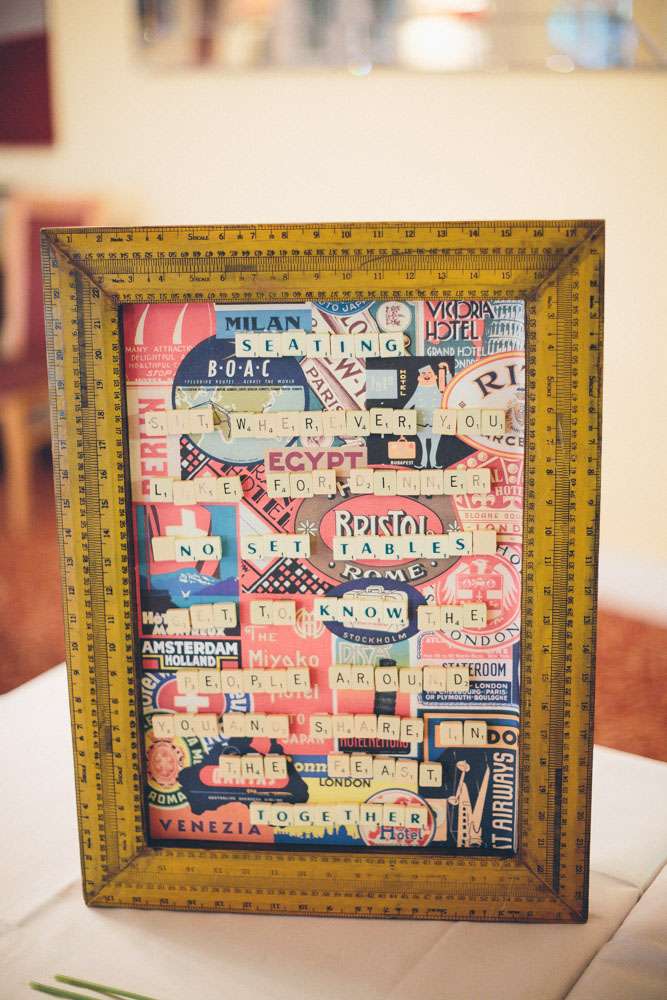 “I can’t think of anything that I would change about our wedding”, Rowena concluded. “The general consensus was that if we had a regret, it was that we didn’t stay for long enough. The guests all travelled down to Dingle as it is hundreds of miles away from where any of us live and we stayed for a few days. Everybody really loved it, so much so that most of us are all booking a week long break next year to go back to Dingle again!” 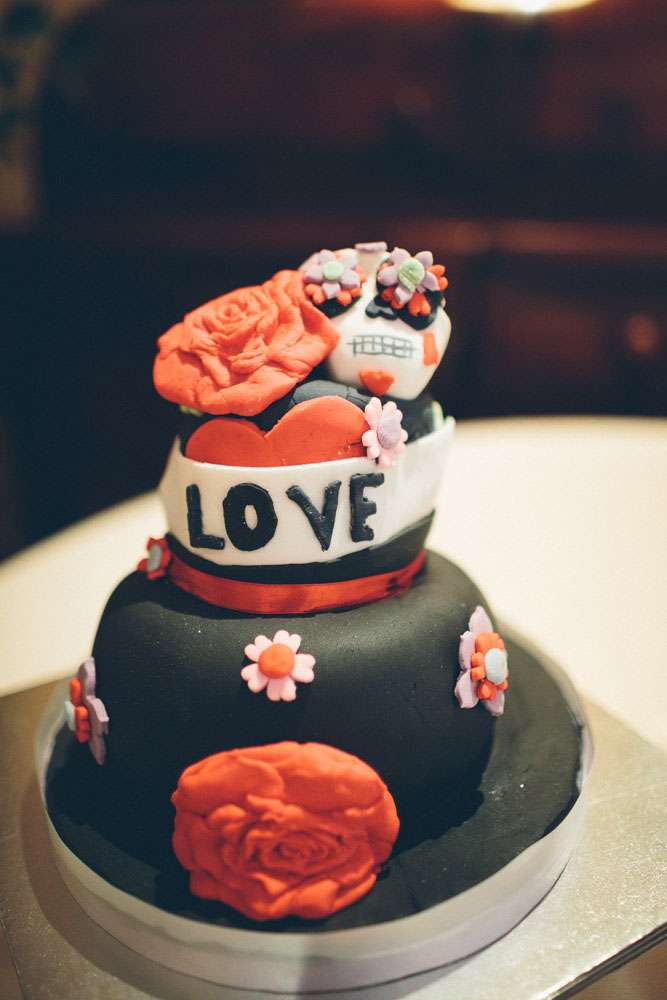 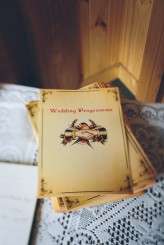 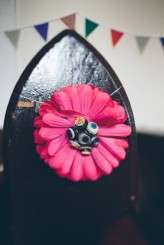 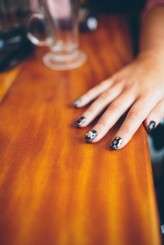 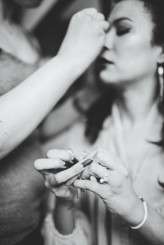 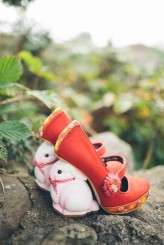 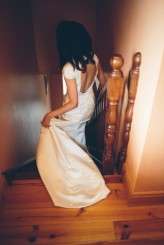 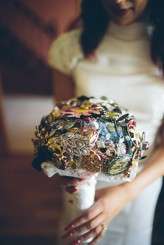 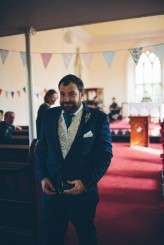 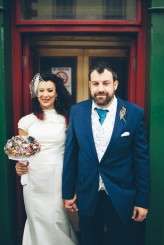 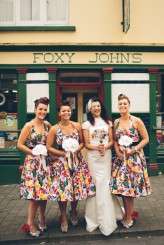 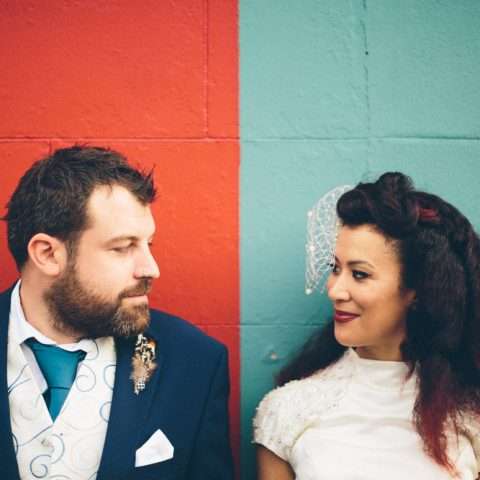 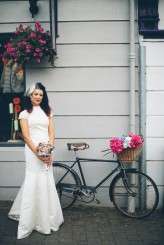 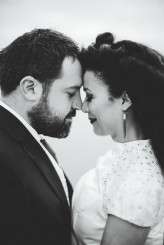 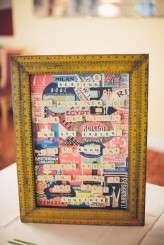 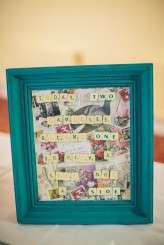 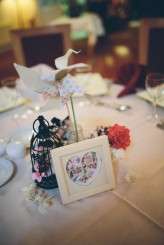 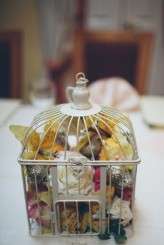 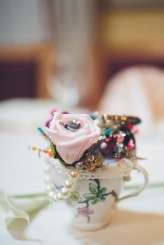 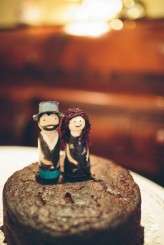 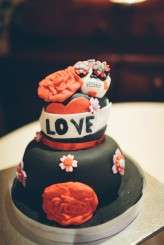 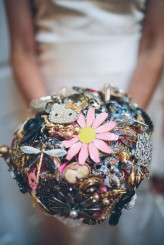 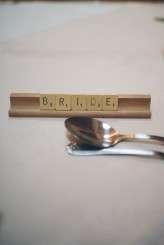