Holy crap!” was the only thought I could muster when I first laid eyes on Brenda & Butch’s Belfast wedding. That necklace… that dress… THAT CAKE!! Prepare to get hearts for eyes as you browse through this one… 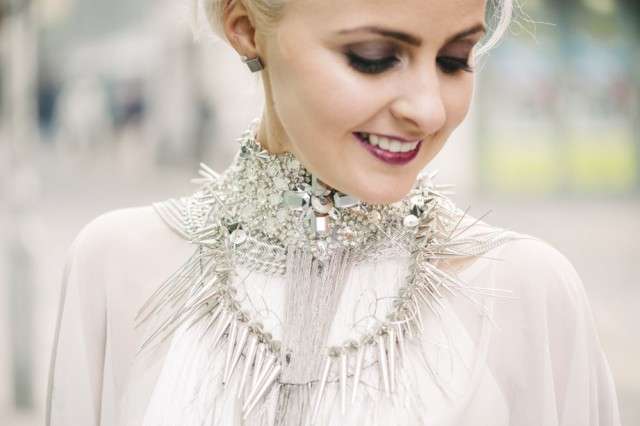 They chose February 14th for their celebration of love. After a ceremony at St. Teresa’s Church, they hosted their reception at The Merchant Hotel. “With our wedding being on Valentine’s Day 2015, and grey being my favourite colour, I thought it was ironic that the film Fifty Shades of Grey was released the same day!” laughed Brenda. “Our first dance was to my favourite song, Beyonce’s Crazy In Love which also happened to be the soundtrack to the film!!” 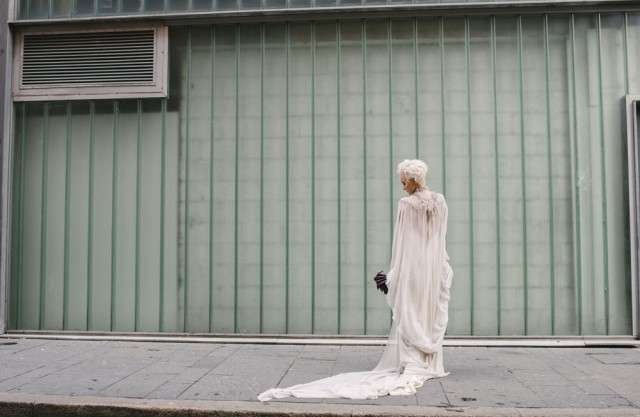 “The inspiration for our wedding was industrial, chic and anything but traditional!!” she continued. “I wanted to be myself on our big day, as did Butch. My custom made dress reflected my personality and Butch’s tailored suit reflected his (even though I picked it!)”

Oh yes, let’s talk about that dress and necklace some more shall we?! Her dress was made by Una Rodden Couture and her incredible necklace was Bohemian Vixen. She also wore grey suede and spiked Christian Louboutin ‘Harper’ shoes. 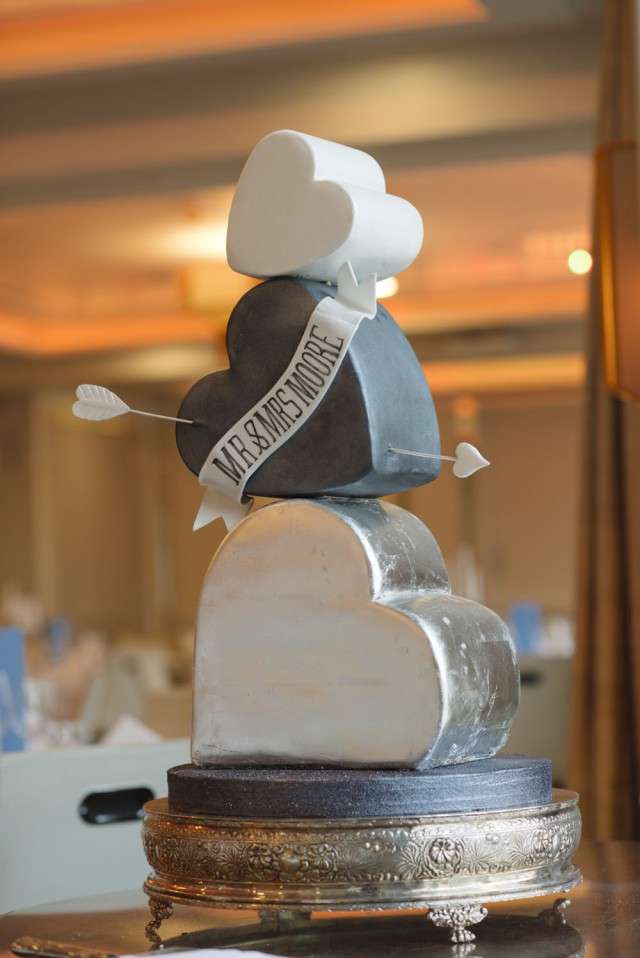 “Our favours were ‘shots of love’ aka Jagermeister! I actually woke up the morning after the wedding alone as during the night my groom woke up to use the loo, got lost and ended up spending the night in his new in-laws room… He was escorted to the wrong suite by the night porter – he must have had too many ‘shots of love’ himself!”

“I loved our wedding from beginning to end”, she concluded. “There were so many favourite moments – the eventful planning, my surprise hen in Madrid, walking up the aisle with my Daddy, celebrating getting hitched with our family and friends… We loved it all! There is nothing we would have done differently as everything was how we imagined and more.” 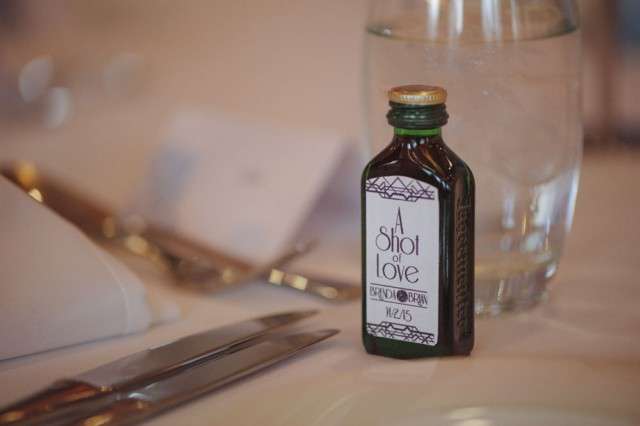 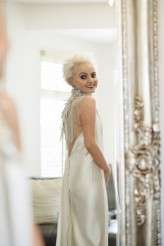 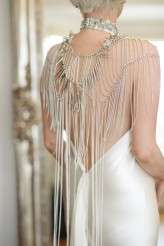 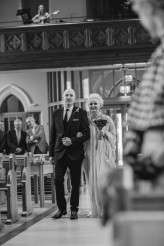 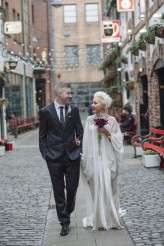 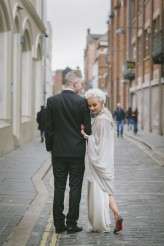 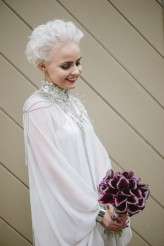 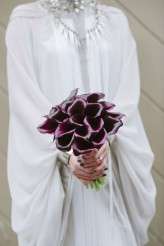 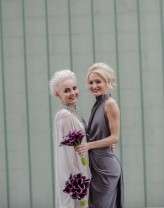 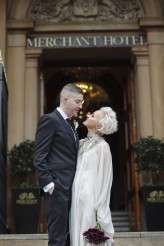 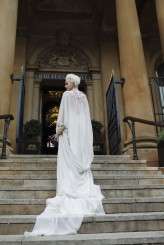 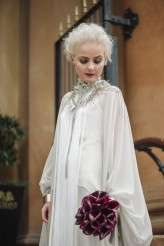 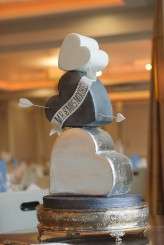 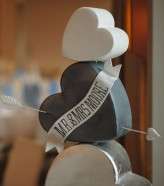