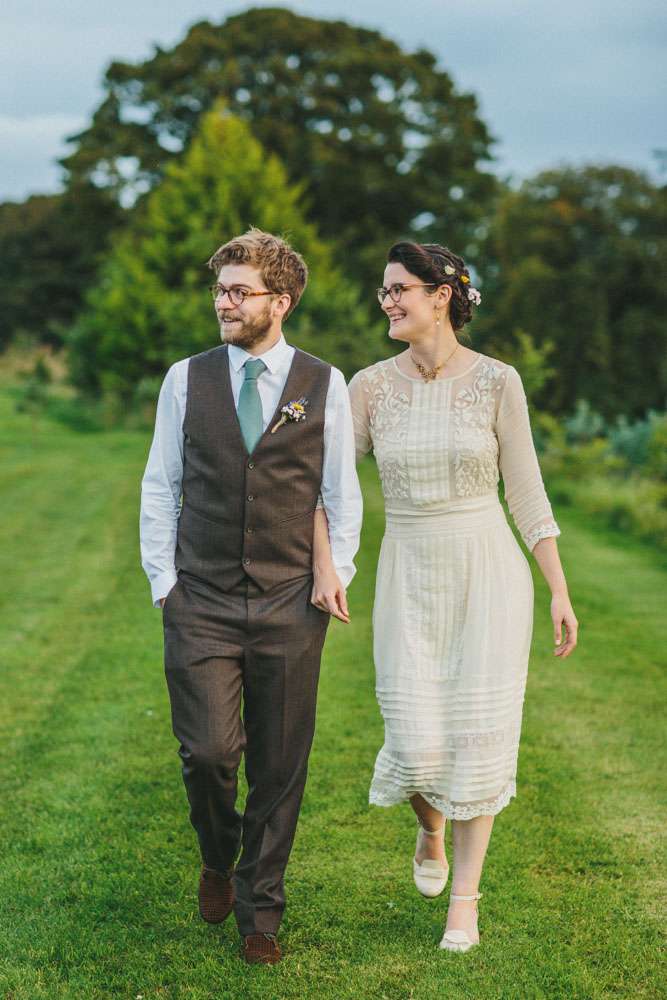 Jane and Andrew were married in Lissanoure Castle in Loughguile, Northern Ireland. Their day was eclectic from the start which began with the most unusual, but weirdly perfect, inspiration! “Jane found a couple of starting points for the visual style of the wedding early on”, Andrew explained.

“Firstly this photo of Gram Parsons wearing his amazing white cowboy suit with bold coloured leaves and flowers, and an Alice Temperley dress called the Long Eliah Flower Show Dress. Things evolved a long way from there. We used Pinterest to develop ideas with Jane’s sisters and our lovely designer friend Kat Flint. In the end we had a lovely jumble of different bold colours, with some white and neutral tones from brown paper and hessian.” 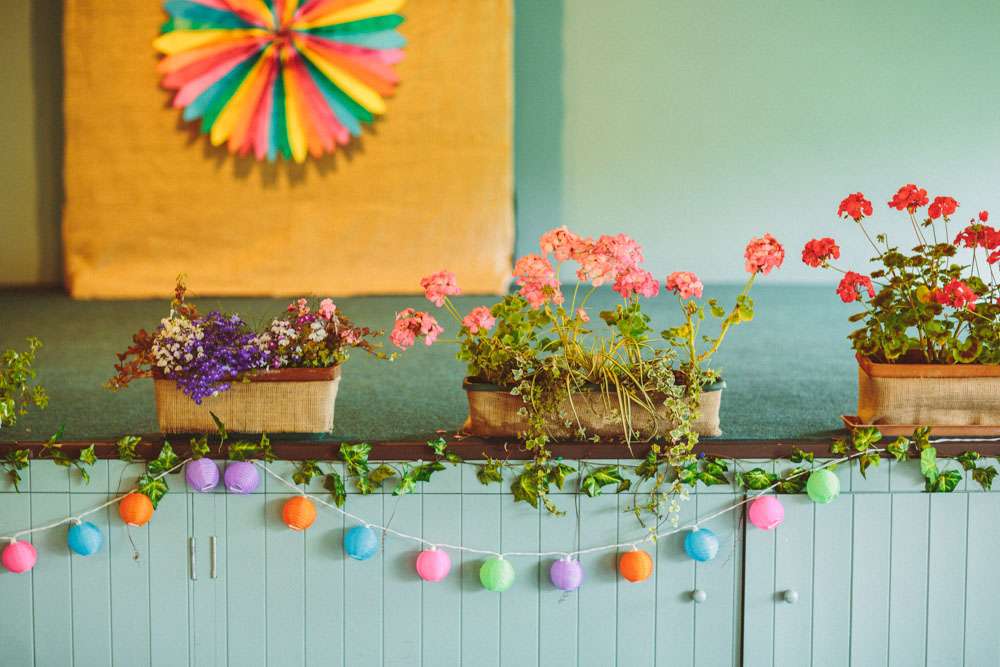 “The main thing we wanted was for the whole thing to feel relaxed, friendly and personal”, they continued. “We tried to keep it all quite informal with lots of friends and family helping with different parts of the wedding. Music is really important to us too. Andrew spent a lot of time planning all the different musical elements of the wedding (and sang a song at our afternoon open mic).” 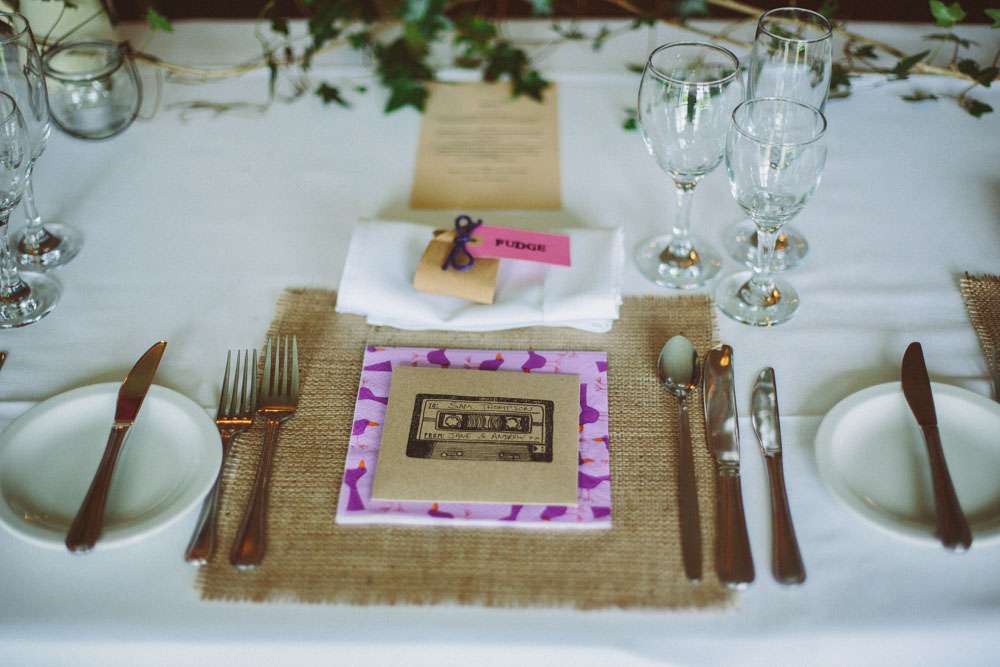 “We were incredibly pleased with the invitations and wedding day programmes that our friend Kat Flint made for us. She is just establishing herself as a great designer and we made the most of it! They really captured the style we were after and were totally different from anything we’d seen before.”

“We were also really happy that we found a way to get everyone singing during the civil ceremony. Our friends Kathryn and Nick sang ‘Harvest Moon’ by Neil Young, and we had secretly trained up a dozen or so guests to join in with backing vocals from wherever they were sitting. That sounded really lovely, and by the end absolutely everyone had joined in: it was one of our favourite moments from the whole day.” 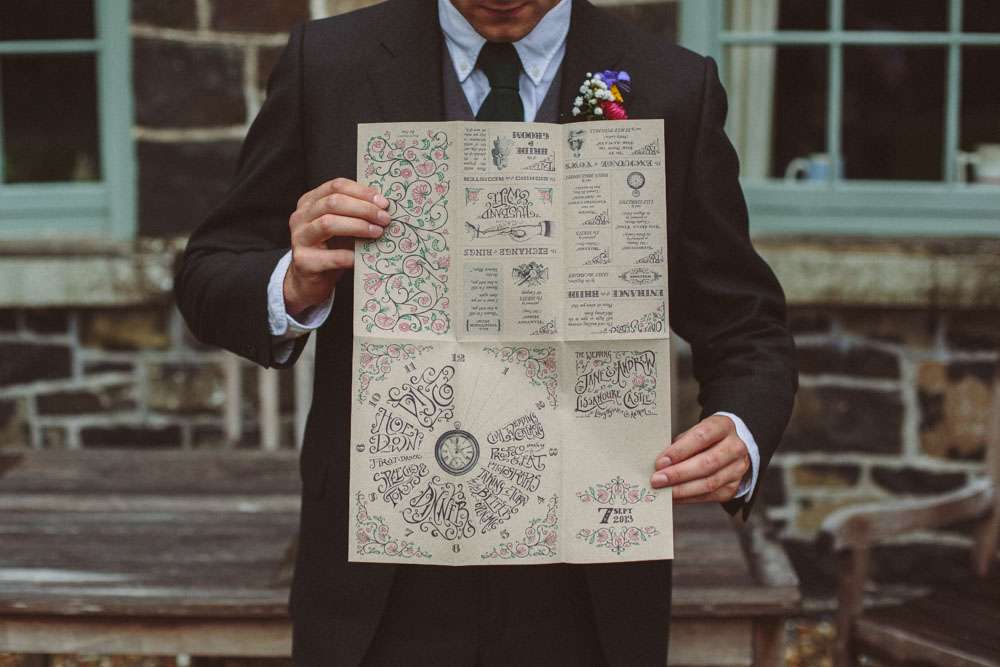 The couple saved money where they could, with Jane finding her dress early on in the planning in Zara! “I was not dress shopping, but I saw it in Zara and was dumb-struck as it was the perfect dress for me”, she explained. “I could then spend a bit more on shoes!” 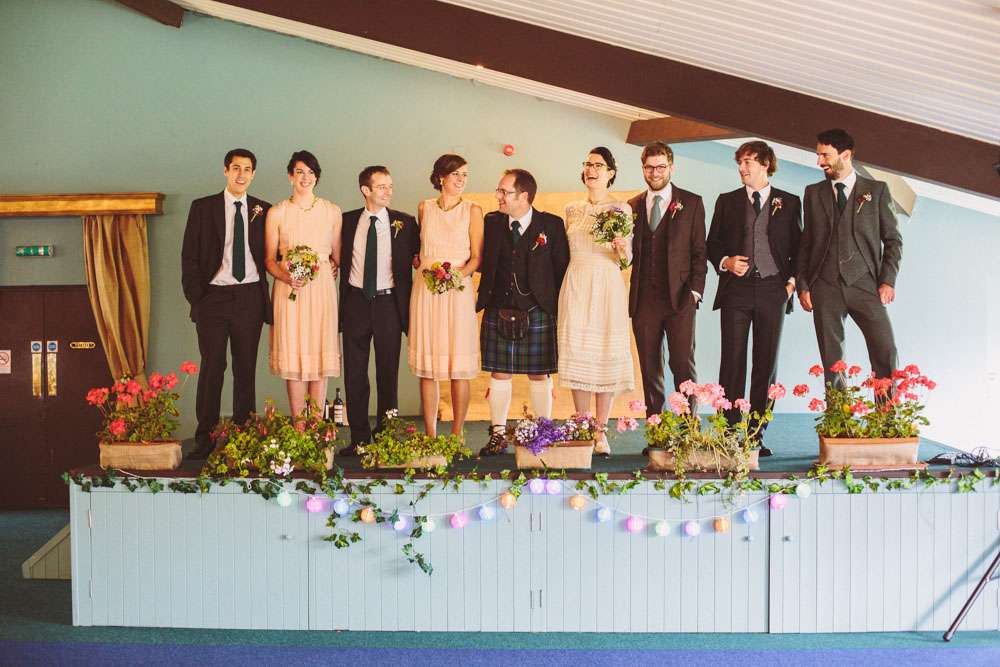 “We splashed out on the food for our guests. “We wanted something different from ‘meat and two veg’ because Andrew is vegetarian, and we really love Mediterranean/ north African/ middle eastern style food. We worked with Simon Duggan at Yellow Door and came up with a bespoke menu with lots of salads, tagines, beautiful platters of food, served to each table ‘family style’, so that everyone could choose what they wanted.” 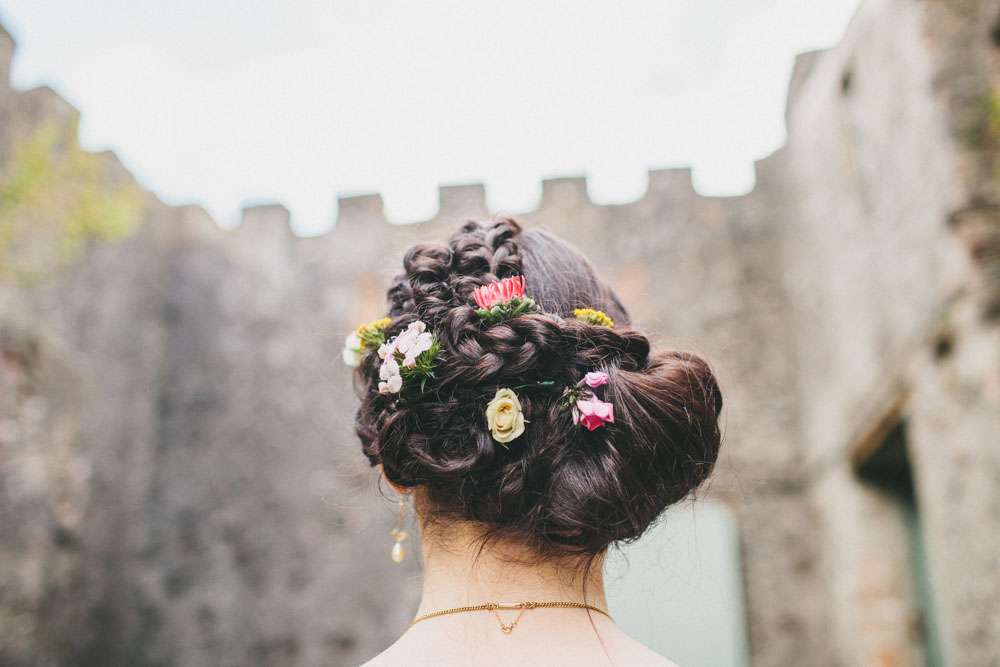 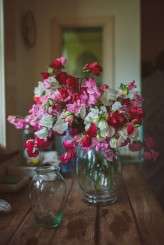 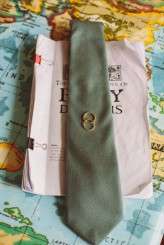 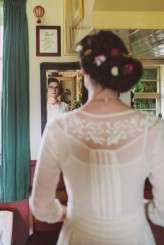 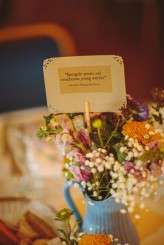 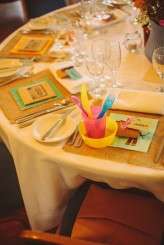 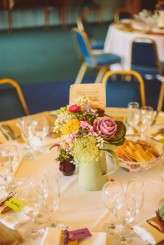 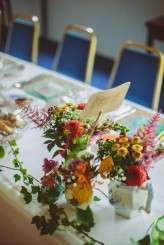 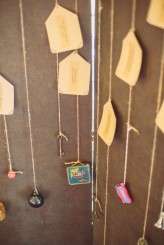 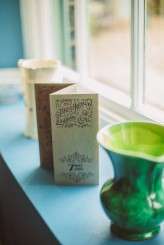 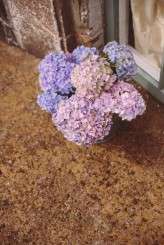 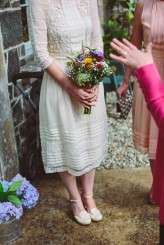 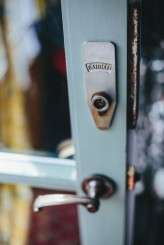 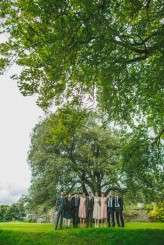 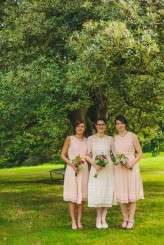 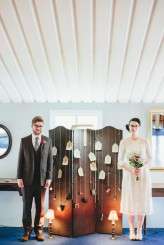 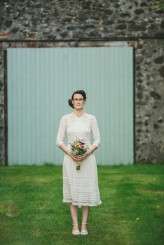 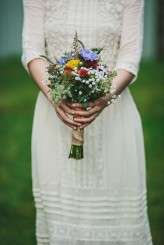