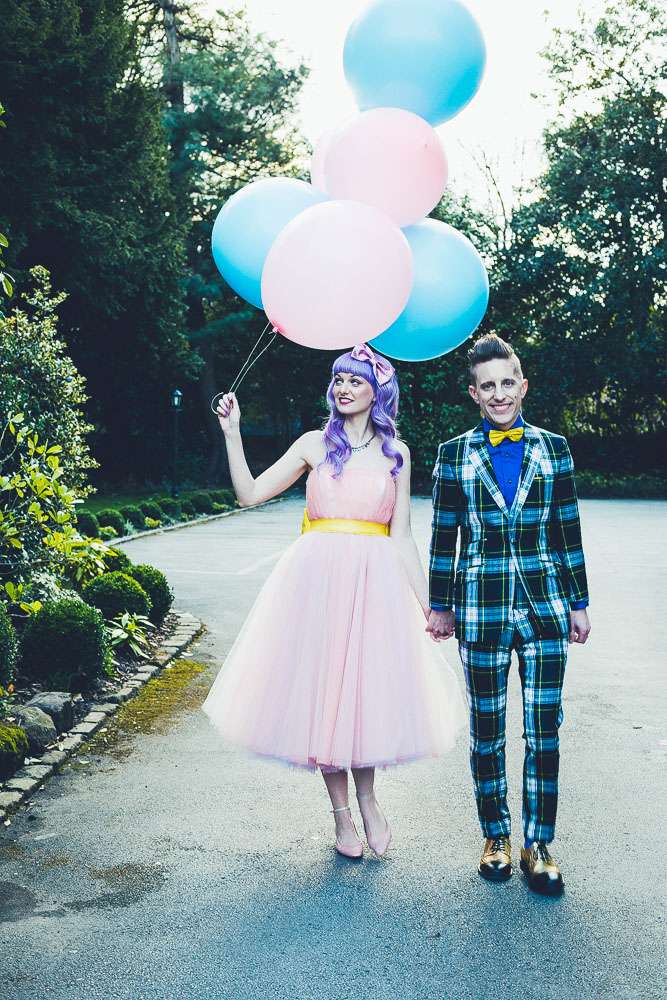 Victoria and Matthew both work in the music industry (the groom is in the band Madina Lake) which is how they first met. Despite living on opposite sides of the world, the bride in the UK and the groom in America, that didn’t stop them dating!

“Matthew’s band was touring in the UK and I had organised in-store signings at my retail stores with the support band”, Victoria told me. “They invited us to the show afterwards and while we were hanging with our friends in Fearless Vampire Killers, drinking Madina Lake’s beer, their set ended and Matthew walked in.” 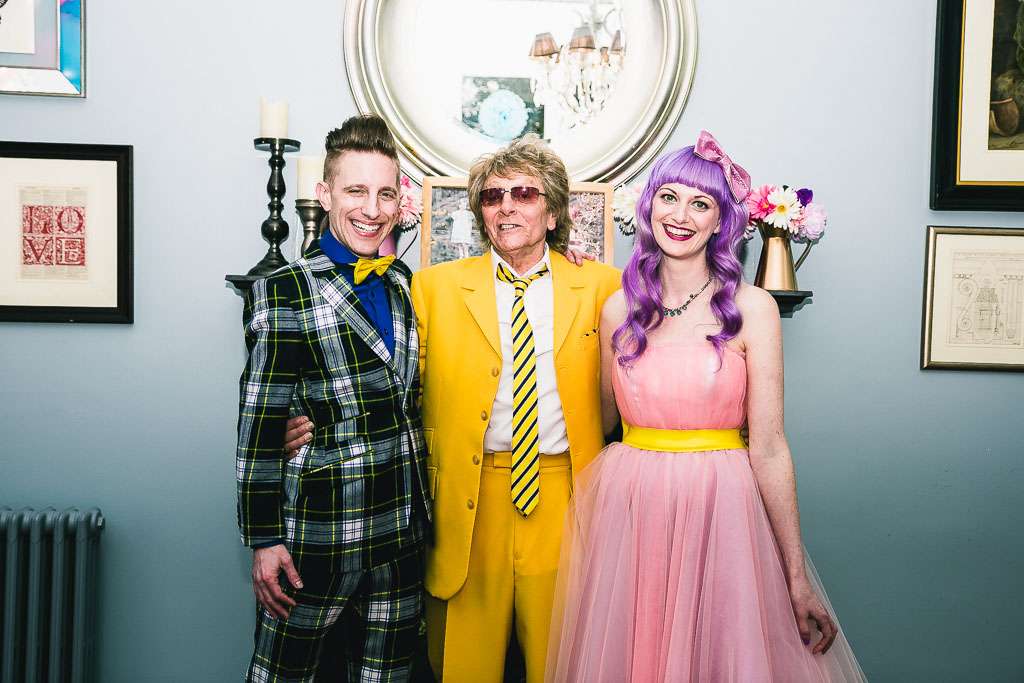 “The main inspiration for the wedding was to trade in the traditional for a healthy serving of original; we’re really not traditional people”, she continued. “We wanted the day that was meant to celebrate us to actually represent us, our personalities. We didn’t have a best man, ushers, bridesmaids, speeches, a fancy car or first dance. We just felt that none of those things were for us.”

“With half the guests being American, we wanted lots of British and Mancunian influences”, she explained. “The venue was a Victorian mansion and we hired the whole place so every guest got a room. Each room had a free standing bath tub and lots of original features, fireplaces, ceiling roses – very British!” 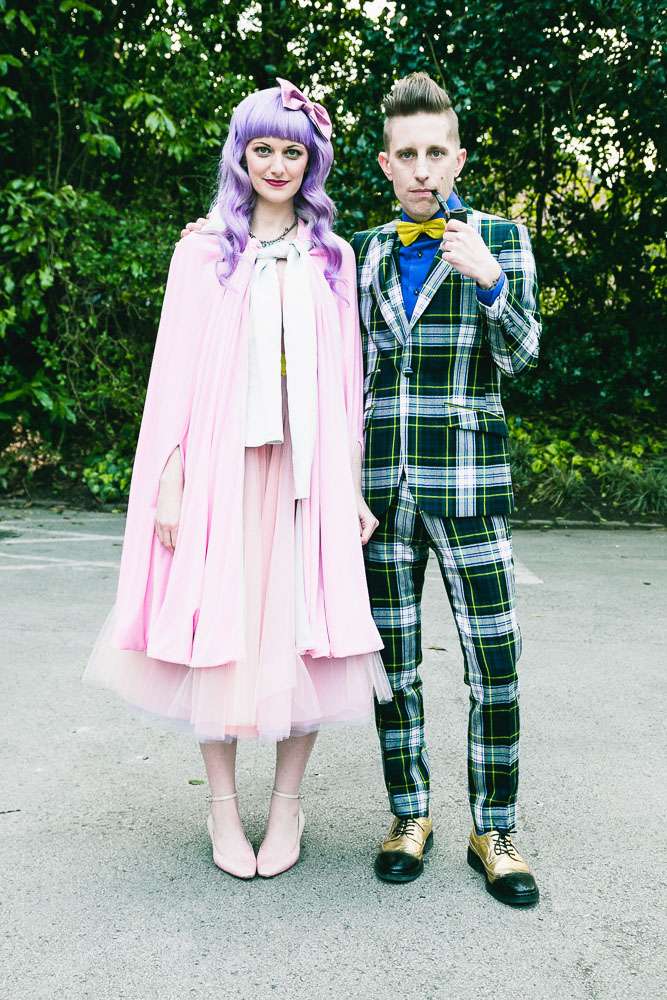 “Whilst we branded our day ‘A Proper Manc Wedding’ we didn’t really stick to one theme. This was more a poke at me being a proud Mancunian, or ‘Proper Manc’ if you will.  It was just everything that goes on inside our heads brought to life; a chance for our friends and family to take a dip into our daydreams. Kitsch, eccentric, rock n roll, tea party!”

The ceremony was also pretty unique and was performed by a Rod Stewart tribute act! “As much as I would have loved to get the guy himself, it seemed a little optimistic”, the bride laughed. “However he did not disappoint! He was an absolute class act. Looked like him, sounded like him and had a great personality; our kind of guy. During the ceremony he masterfully ad-libbed and referred to himself as ‘The Reverend Rod’ which was brilliant. Once he’d pronounced us husband and wife he sang You’re in my Heart as we strolled back down the aisle. We printed the lyrics in our program so everyone could sing along, and they obliged. We got married at 4pm so as to waste no time shifting into party mode.” 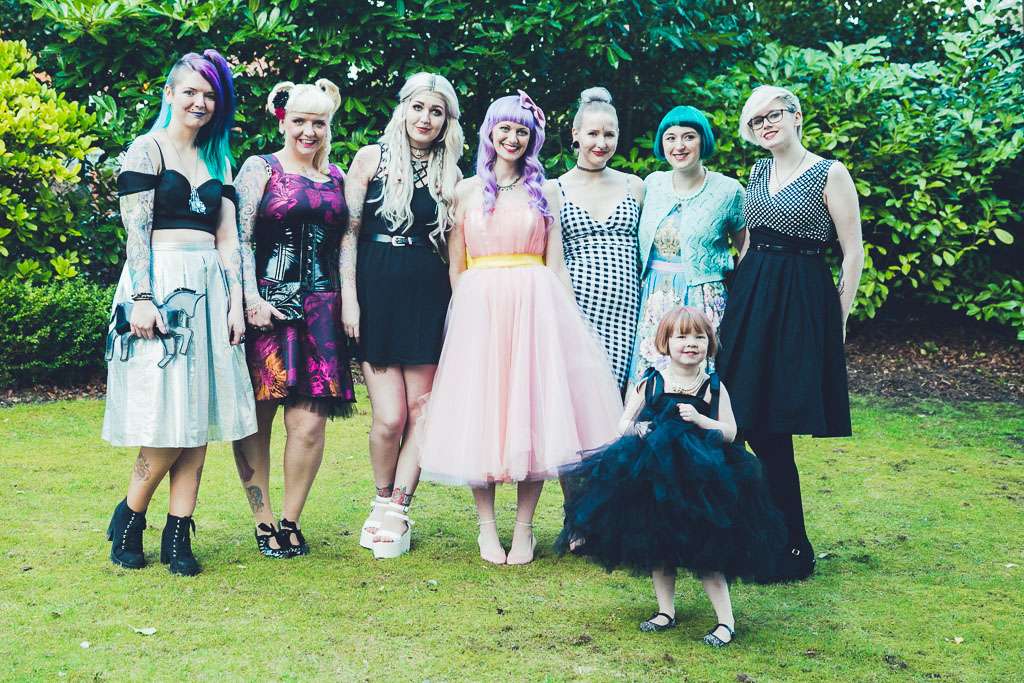 “We also wrote the whole ceremony wording ourselves and incorporated Rod lyrics into it. We never like to be too serious in any areas of our life. We instituted a ‘no tears’ policy, and aimed for fun from the get go. I walked down the aisle to a live rendition of Beyond the Sea – not strictly a Rodders’ song, but he did cover it on his Great American Song Book album.”

The couple didn’t want bridesmaids or groomsmen but did they have an adorable flowergirl. “Our flower girl was our friend’s daughter, Talullah. We had a dress made for her in the style of Holly Golighty from Breakfast at Tiffany’s. She’s 3 years old and as an absolute star. She also doubled up as a ring bearer and ended up half dropping/ half throwing the rings at Rod Stewart’s hands. Full of sass, it was a funny moment.” 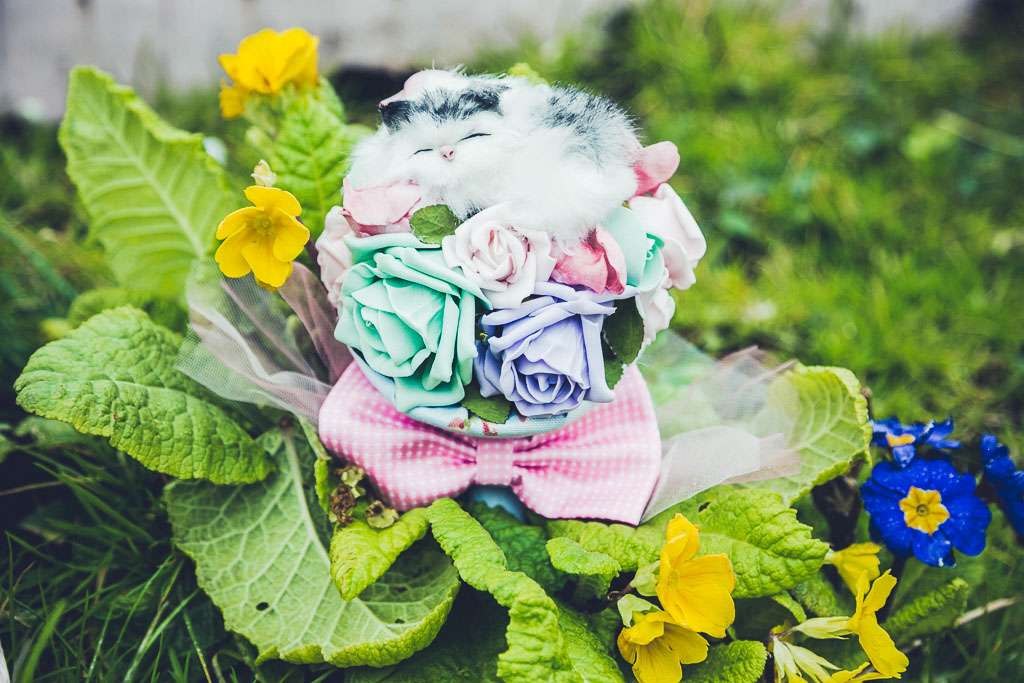 After the ceremony, everyone sat down for a British afternoon tea including finger sandwiches, tea, cake and scones. “My friends and I made gold, pastel pink and lilac teacup towers, floral arrangements, gold painted table numbers and illuminated bunnies for our centrepieces, on top of Cath Kidston patterned table cloths. I’d say the whole thing was DIY actually, minus the food. I also made my bouquet from artificial flowers and a fascinator by GG’s Pinup Couture, the tissue pom poms, the seating chart, and the programs. Our favours were in the form of Mendl’s boxes, from the Wes Anderson film The Grand Budapest Hotel, which we made at home. Each box contained a handmade macaroon. We weren’t going to let some Wes Anderson influence evade this affair.” 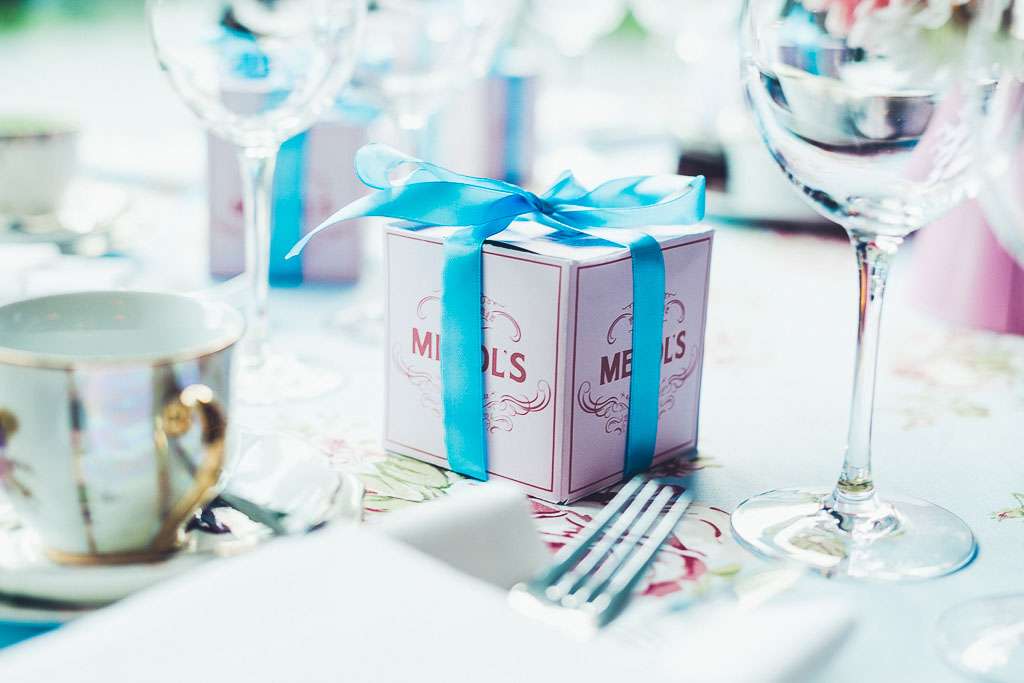 “After tea, the party started! Instead of having a photo booth we made a 7 ft tall Papermoon, a popular prop in the 1920s, and festooned it with clouds and string light stars. A pink starry night was projected behind it for atmosphere. We positioned ourselves on the moon behind a black curtain. You and Me Song by The Wannadies played and when they song peaked the curtain dropped, the confetti cannons burst and we were revealed to our entire wedding party before everyone else had a turn. The party saw its first dancing at 7:30 when my brother’s four-piece, ragtime band, ‘Dr Butler’s Hatstand Medicine Band’ performed. Everyone was a fan of the kazoo!” 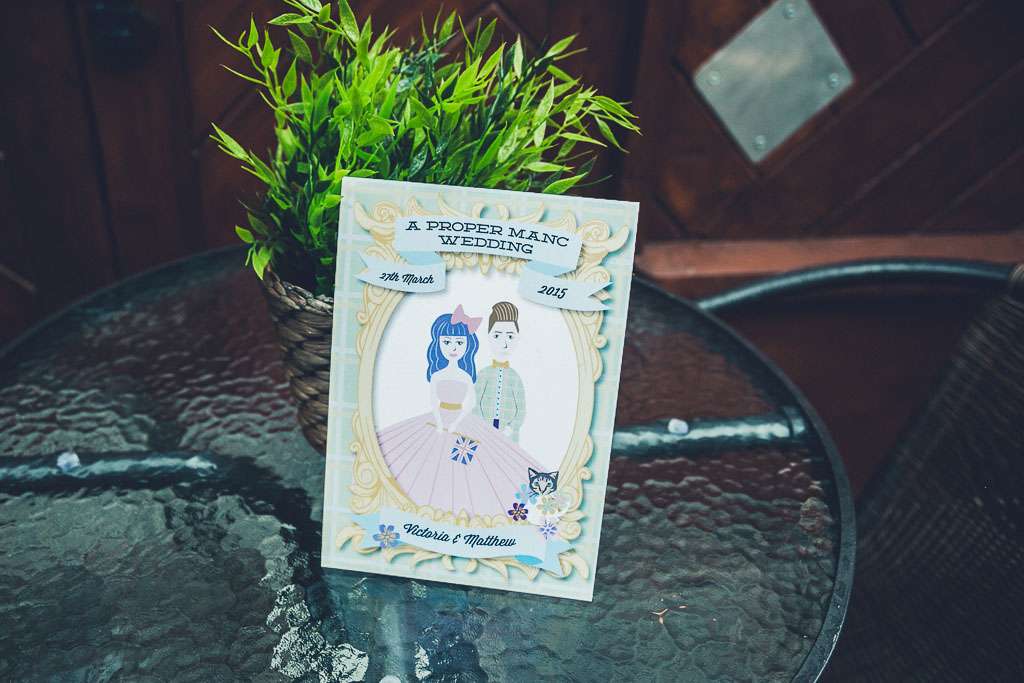 “The best bit of our wedding, apart from the ceremony, was seeing the yanks and the mancs going from being perfect strangers at the start of the day to staying up until 4am partying in the terrace! It was just what we’d hoped for. The fact that everyone, including ourselves, had an absolute riot, without a shred of stress, for the entire experience was amazing. This carried on through to the morning breakfast, where we all assembled in the hotel dining room to rehash the night. We threw an event that we would want to attend. You always hear of people not enjoying their own wedding and the day goes so fast. That was not the case for us. It was one hell of a party and we enjoyed every minute.” 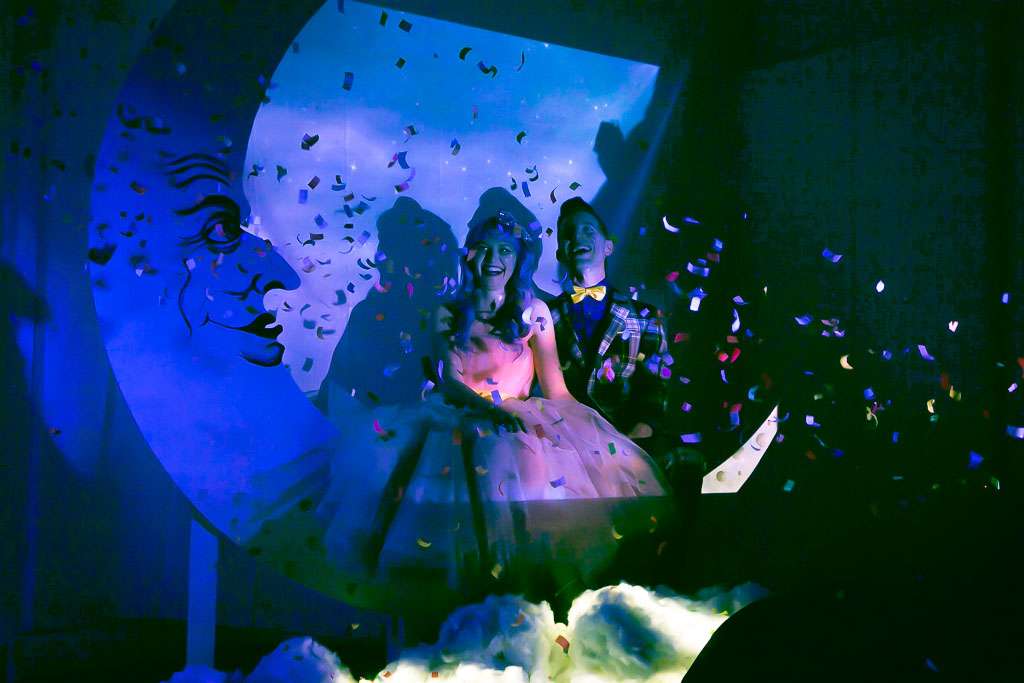 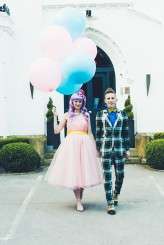 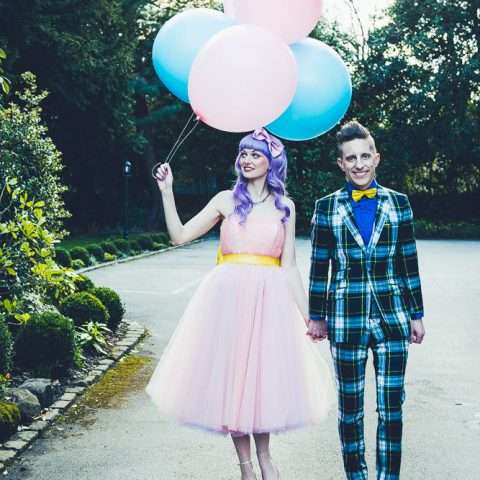 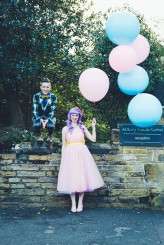 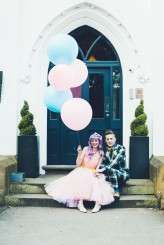 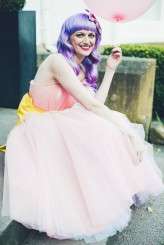 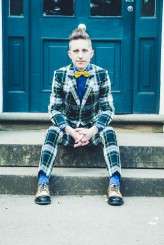 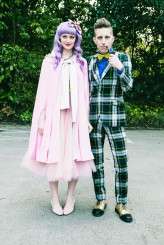