Have you ever seen a wedding with so many smiles?! I’m not sure it’s possible, every single face in every single photo of Jessica and Melissa’s wedding is beaming! The couple live in Shanghai but were married in Berlin, where Jessica is originally from.

“We met in Shanghai in 2007”, said Jessica. “Melissa enrolled into seven month diploma course and I was teaching it! There was flirting and I thought she is so beautiful! However I was actually really shy so it took five months for us to become a couple. We married 10 days after our seven year anniversary.” 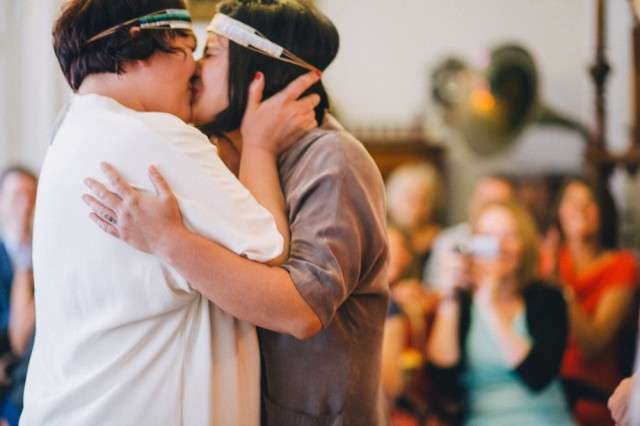 “We initially dreamt of a garden wedding very rustic bohemian style”, she continued, “with open fire bowls, lots of paper, balloons and candles. However we couldn’t go through with it because we don’t have a garden! Instead we had our ceremony at Gruenderzeitmuseum, which my dad chose because it was founded by a transvestite, Charlotte von Mahlsdorf! He thought that it would be suitable haha! Our reception was at Bar Anhalt and was recommended by my best friend after our original venue cancelled on us five days before the wedding! We almost had a nervous breakdown but it turned out even better because Anhalt was much more us!” 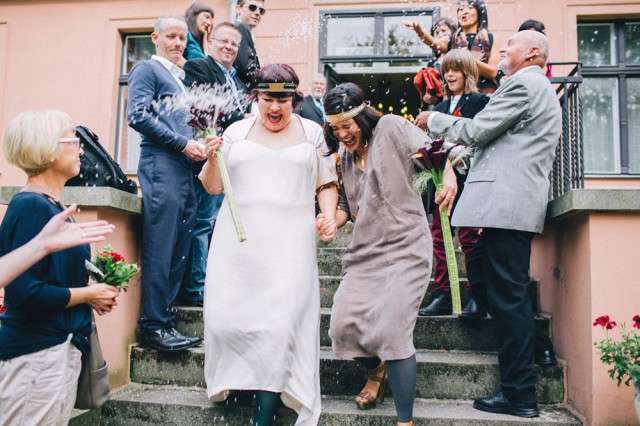 “We love Downton Abbey, vintage dresses and the 1920s so this was what started off our theme”, she continued, “but we still had candles and lots of flowers and our balloons everywhere! We planned everything from Shanghai, where we live, and Manila, where Melissa was working, but our friends and family were amazing help, especially my dad.”

“We didn’t have any bridesmaids and we let everybody wear whatever they wanted. We wanted everyone to be happy and comfortable, the most important thing was that they were all there with us on our special day.” 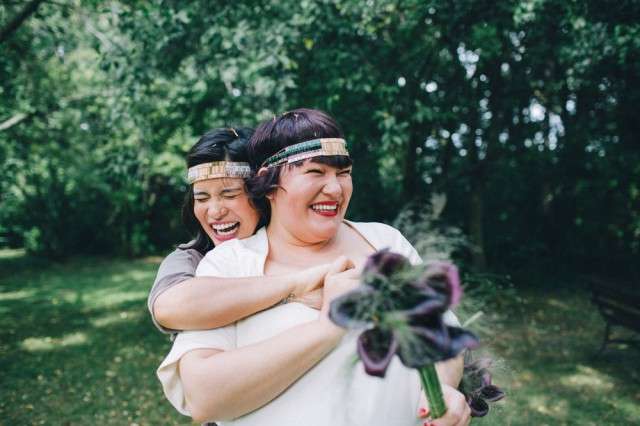 “We also prepared a little bag for everybody”, they said, “We put some special foods and flavours in from Germany and The Philippines! We had guests from China, Philippines, Australia, Singapore, Sweden and Germany so we wanted everybody to have a taste of where we are both from.” 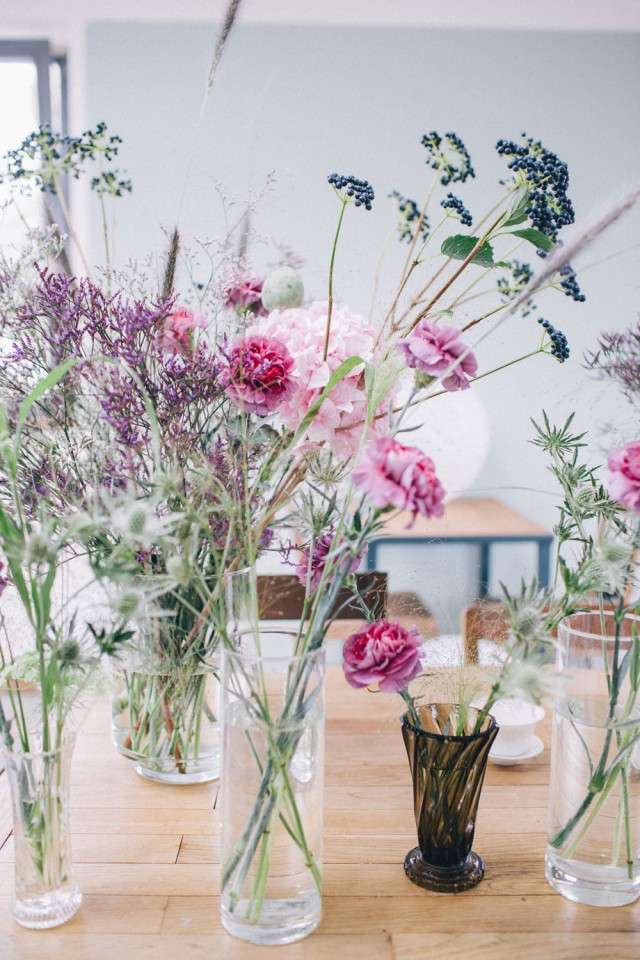 “We would say to other couples getting married – try not to stress!”, they concluded. “Easier said than done sometimes but even if something goes wrong last minute, none of your guests will knew what it was supposed to be like before. They’re there just for you anyway!” 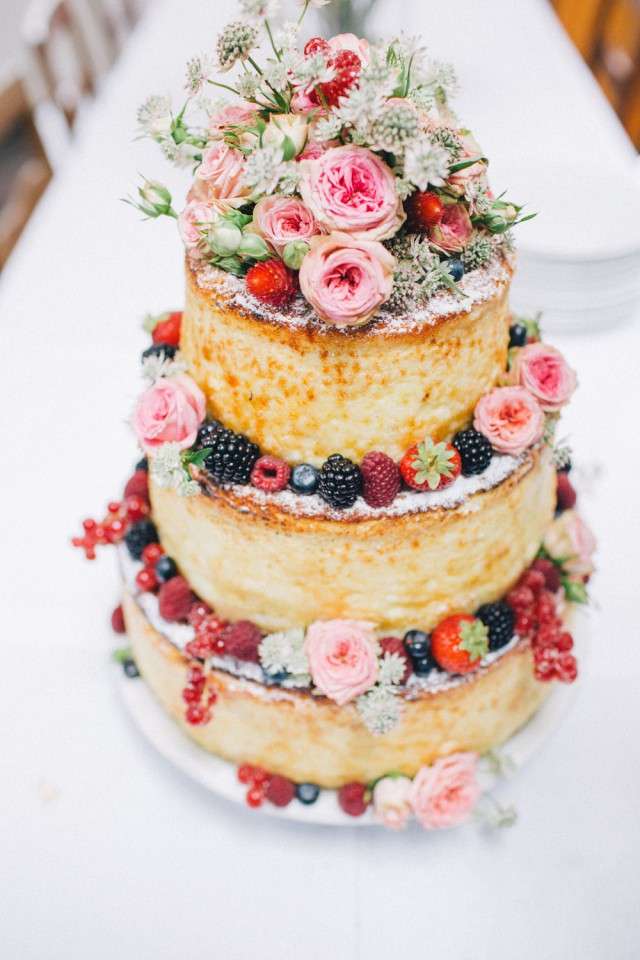 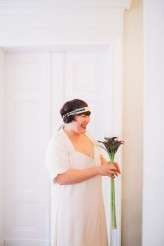 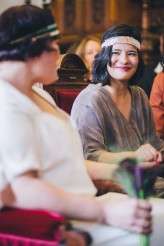 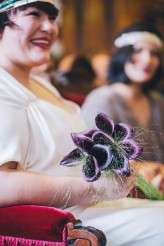 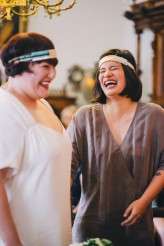 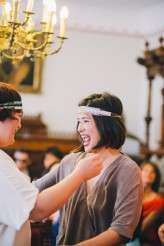 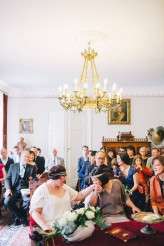 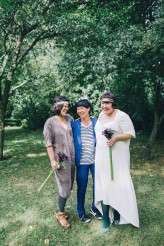 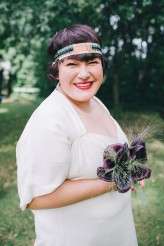 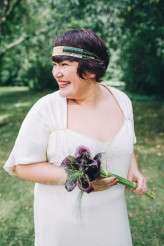 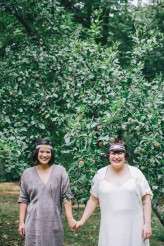 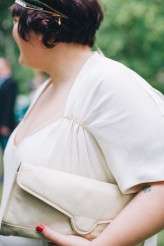 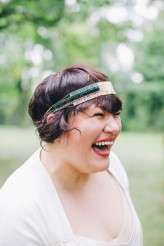 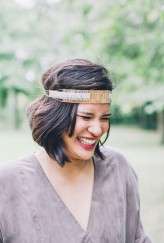 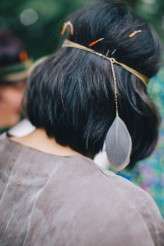 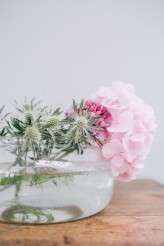 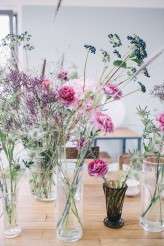 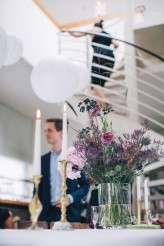 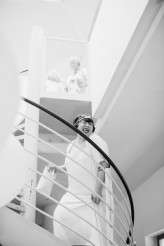 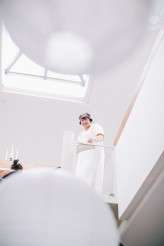 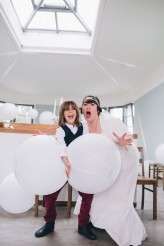 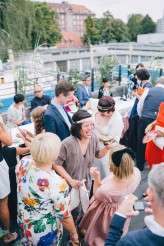 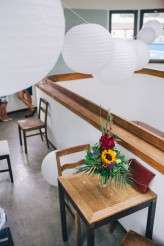 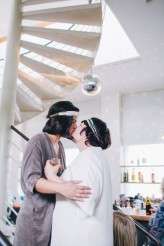 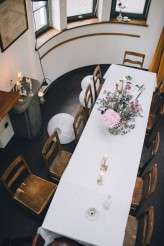 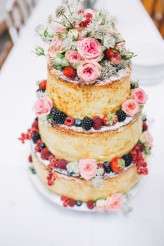