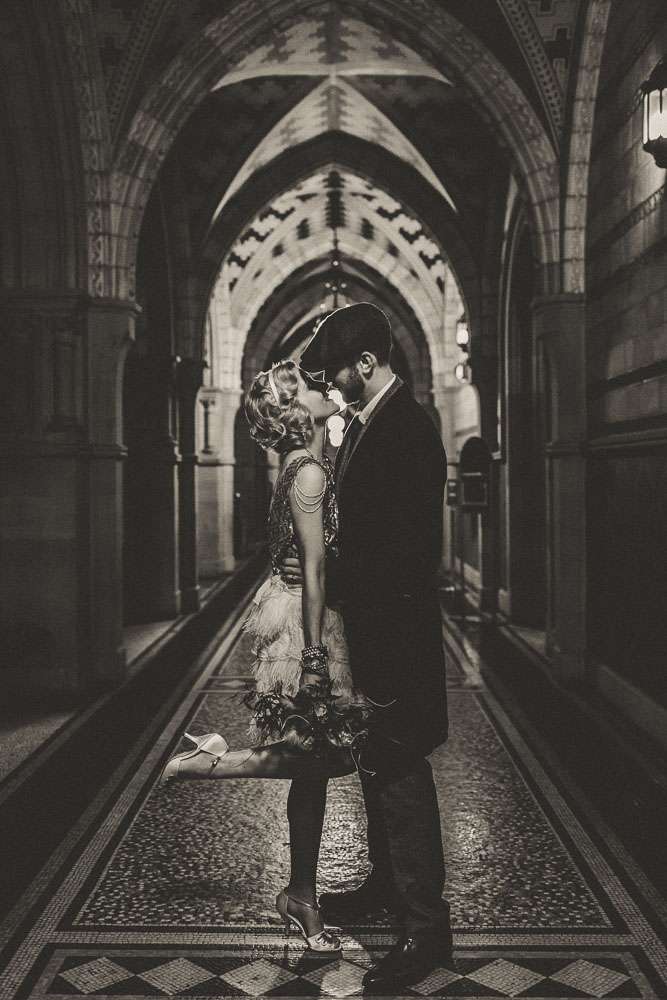 Helen and Rich are hooked on the TV series, Peaky Blinders, so when they came to plan their Manchester wedding, they based it on their favourite show. “It was only natural that we decided to join the Brummy gang for our wedding day”, Helen explained. “Also, Rich’s father grew up not that far from the real Peaky Blinders gang, he has Irish heritage, and I have always been obsessed by the 1920s. It just made sense.” 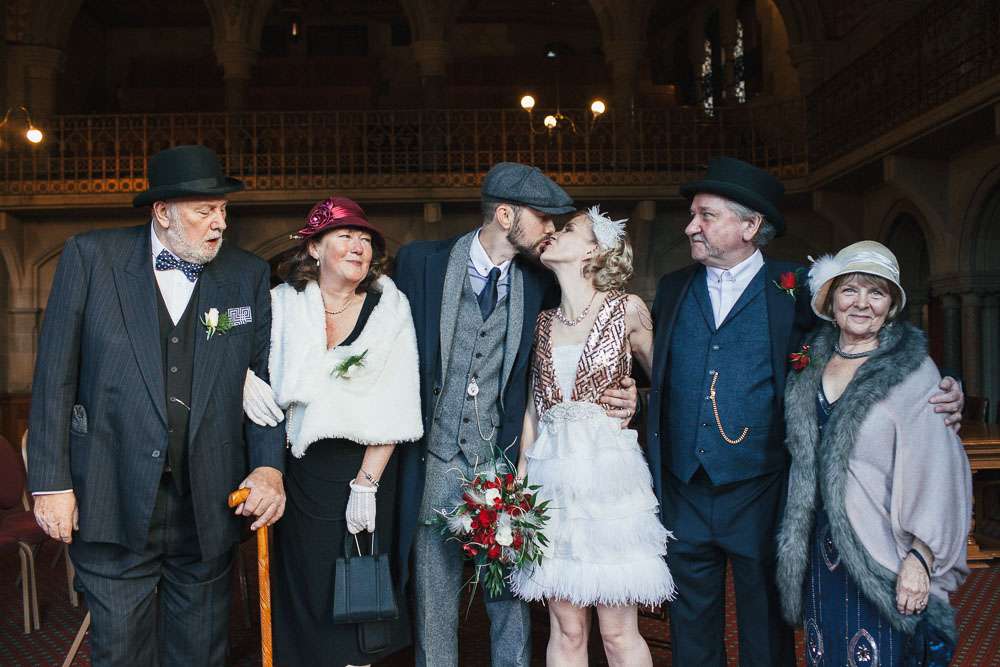 “A lot of 1920s themed weddings are very glam, more along the lines of The Great Gatsby. As much as we love that film, we felt that our characters and northern heritage needed more of an edge, especially against the industrial and slightly grey backdrop of Manchester. Neither of us like being the centre of attention unless it’s for being daft, so wanted a smaller wedding with everyone feeling involved by being dressed the part. Rich wanted the Peaky Blinders look and maintains that it was his overcoat and Grandfather’s pocket watch that made his outfit.” 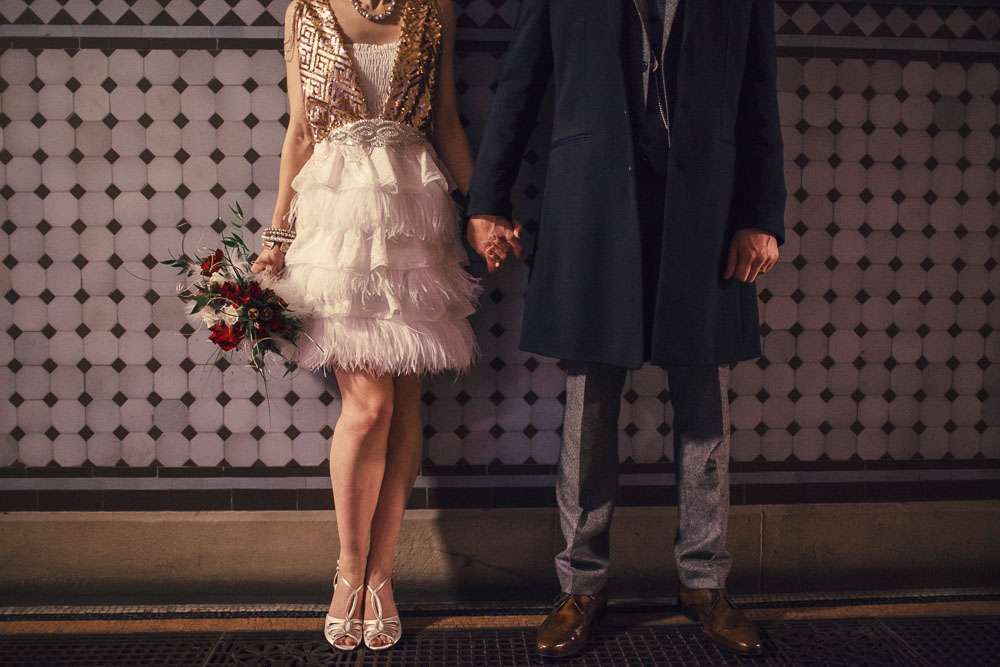 “We threw out the rulebook on what should be included in a wedding and really just focussed on planning a party how we would like it with lots of personal details and connections to our past. For example, my engagement ring was his grandmother’s and it was my grandmother’s wedding band that he put on my finger; this has more meaning to us as they sadly died before we met. We also had a ‘no children’ policy, which all of our parent friends loved as they got a chance to let their hair down and be irresponsible for once. ” 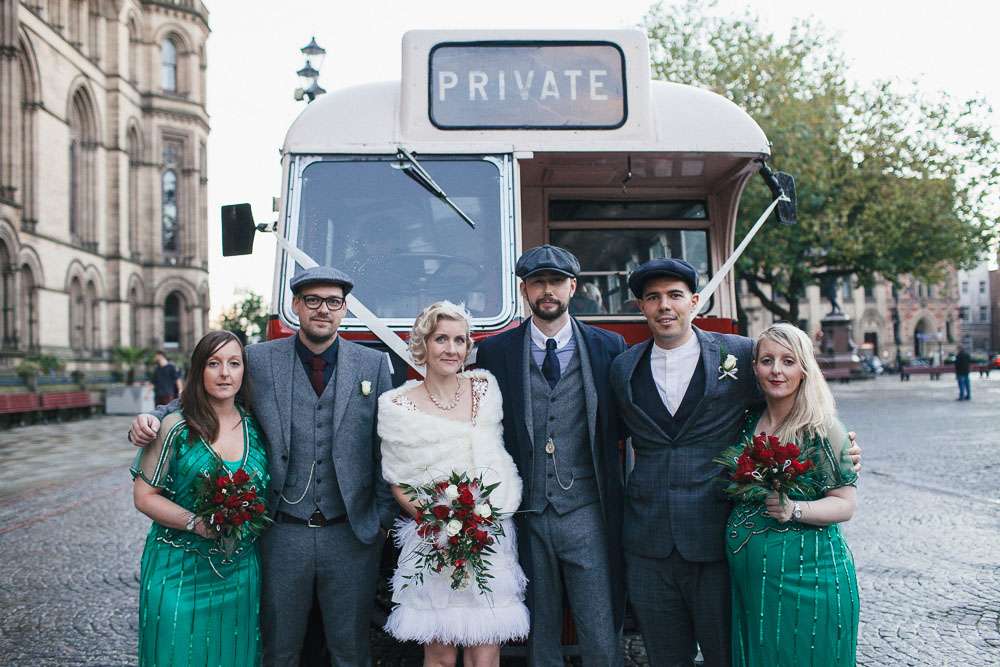 The bride made her own 1920s inspired outfit. “I wanted a 20s dress, but all the dresses in the formal shops were either traditional style which would never suit my boyish figure, or were gorgeous long beaded dresses designed for someone who isn’t a short arse like me”, she laughed. “All of our guests were asked not to worry about bringing a present, but to just come dressed the part. I worried people would feel restricted but actually they embraced it and seemed more focussed and excited about what they could wear.” 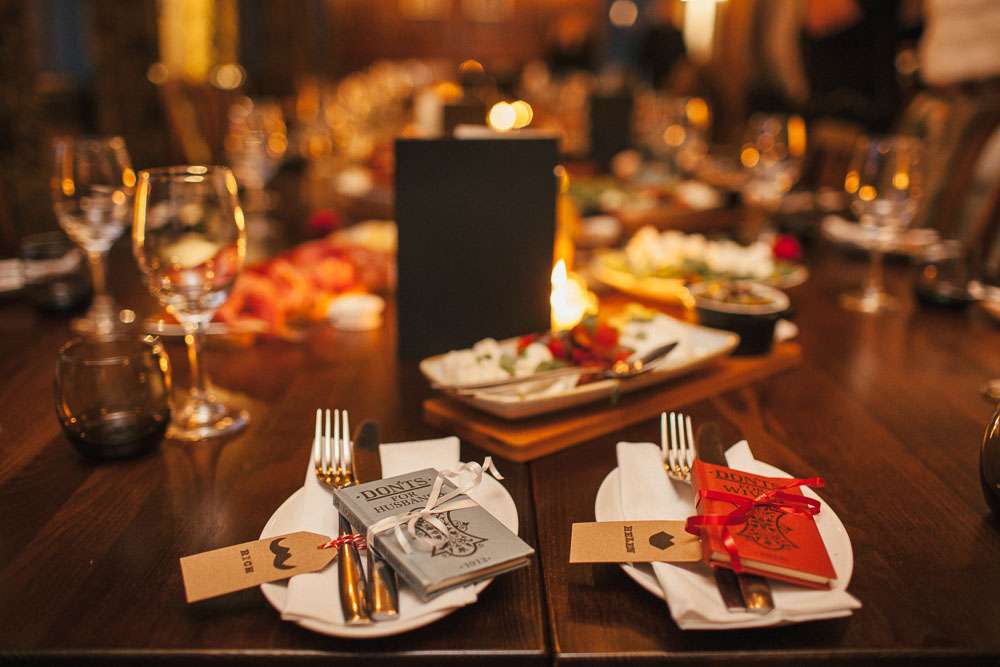 The ceremony kicked off late in the day. It was at 4.30pm. “We had a short wedding day”, she said. “We had the ceremony late on to allow for travel and to keep the day short as I didn’t want people waiting around at any point. Everyone attended both the ceremony and after party and we all travelled together from the Town Hall to the pub in the vintage bus. Only our closest family and friends came and they are from all over the country, so the really important factor was to ensure everyone was together throughout the day.” 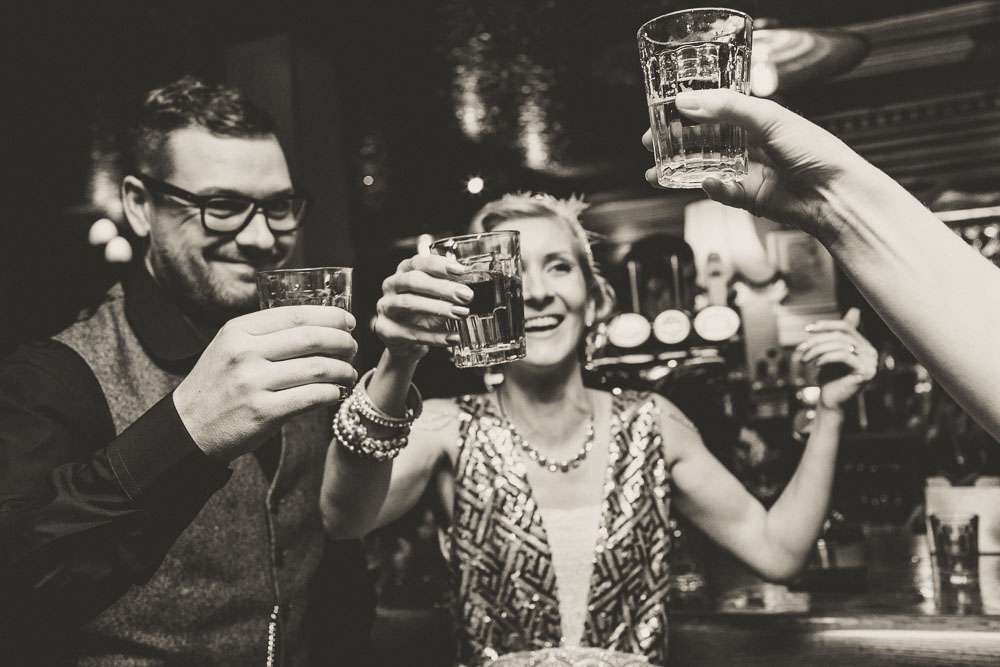 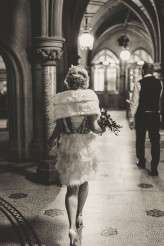 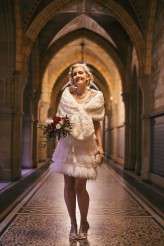 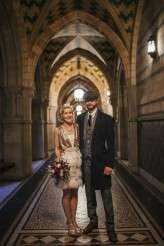 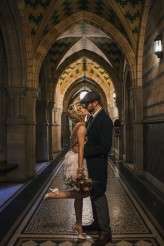 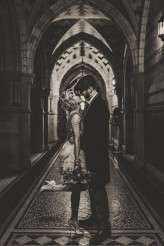 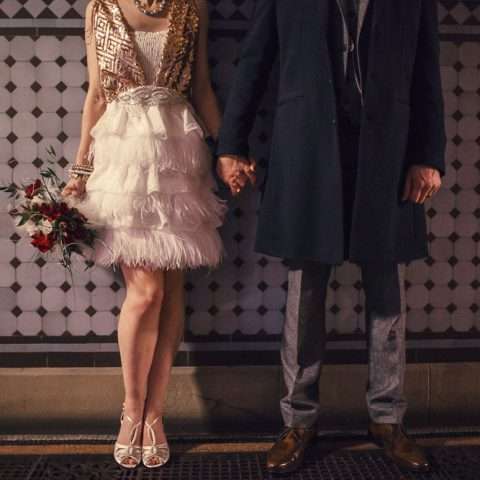 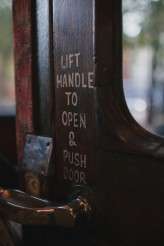 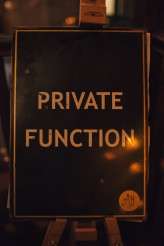