After being set up by mutual friends, Kim and Richard quickly realised they had a lot in common, first and foremost their appreciation of the macabre and all things gothic. So when we married, five years later, they decided this had to be the theme of the wedding.

“We went for a 50s rockabilly aesthetic but with touches of goth and lots of mentions of a shared love of classic horror films”, Kim said. “All the tables were named after Hammer Horror actors. We also had a splash of kitsch glamour because I love leopard print. Like, really love it.” 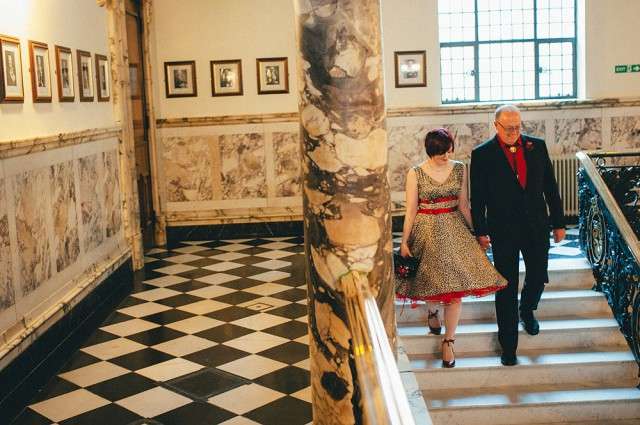 Both the ceremony and reception were held at Stockport Town Hall. “One of the reasons we chose our venue was due to the gorgeous marble staircase that, as an option, couples could get married on”, Kim continued. “We both embarked on our own DIY projects for the wedding too. Richard made the seating plan and centrepieces. The skulls candles were purchased at Asda over Halloween and the candelabras were an exceptionally impressive eBay deal! I made three button bouquets and a number of buttonholes. As it transpires, that was easier said than done but I managed it and I think I did a pretty good job too!” 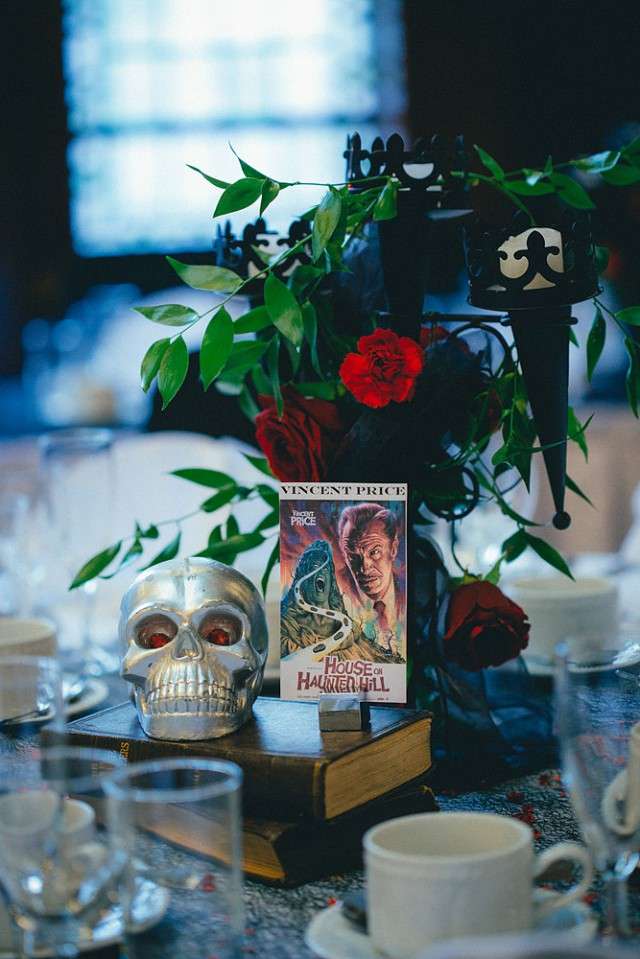 “One of our biggest spends was on the cake. It was a really important thing to us and we didn’t want to cut corners with it. As it happened, we got exactly what we wanted and more besides; three layers – chocolate, vanilla and lemon. We spent the following week or two eating an enormous amount of cake. It was worth it.” 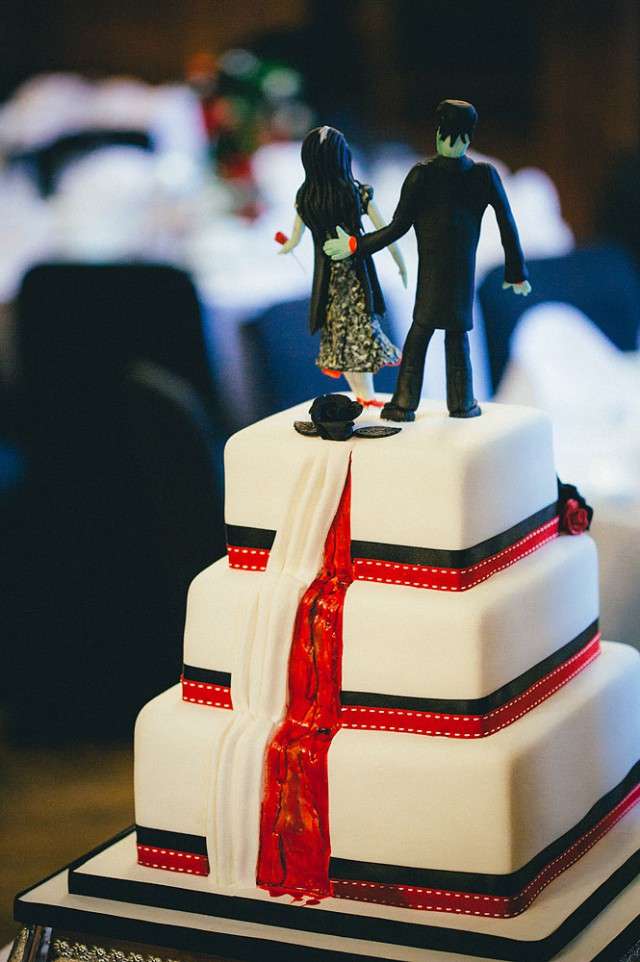 “We saved on lots of things by DIYing them, but in retrospect I do with we’d got a DJ rather than having a playlist on our laptop”. she explained. “Although we saved a lot of money it was quite stressful knowing that the laptop was sitting there unattended knowing that a myriad things could go wrong.” 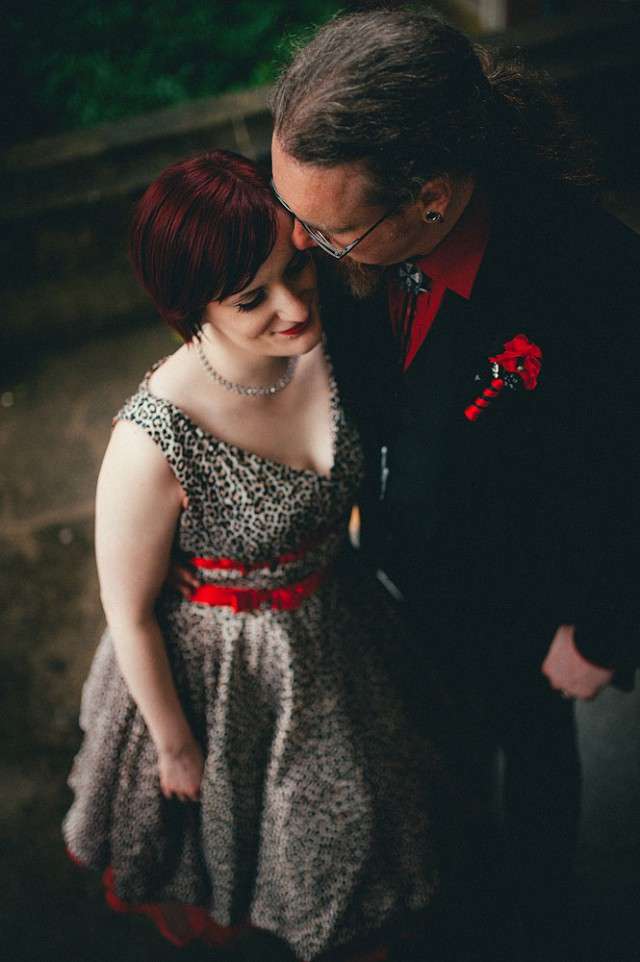 “Going cheap doesn’t mean losing out on what you want”, Kim concluded. “You never know what you might achieve by doing things yourself. I would also advise other couples that if they have children at the wedding they should set up a little activity table to keep them occupied during the reception. We went to charity shops for colouring books and purchased other materials (ribbons, tissue paper, card, glue, feathers, glitter, colour pens) for them to play with. The children were entertained and it gave parents piece of mind enough to enjoy a drink!” 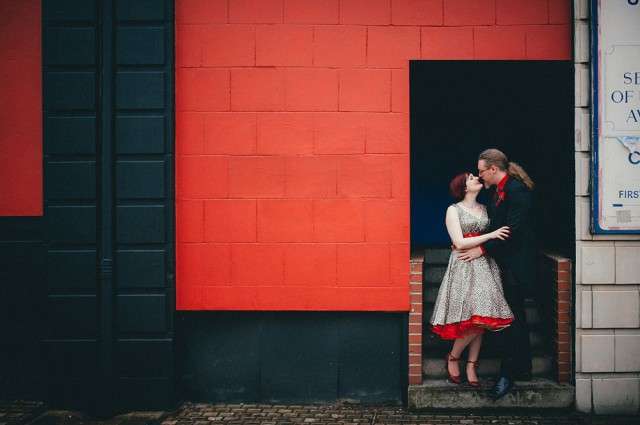 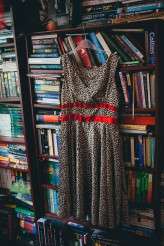 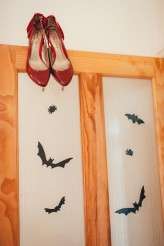 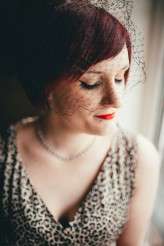 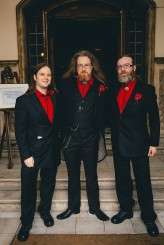 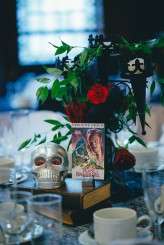 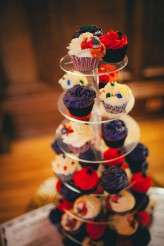 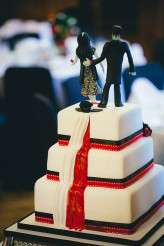 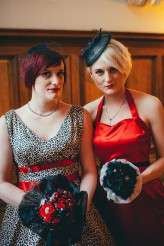 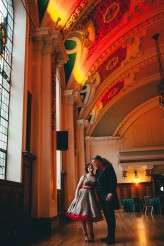 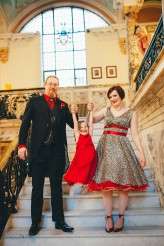 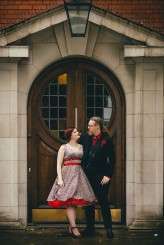 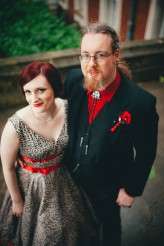 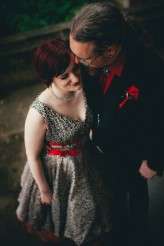 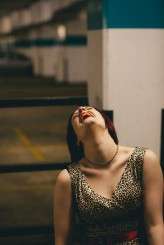 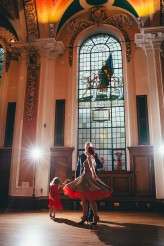 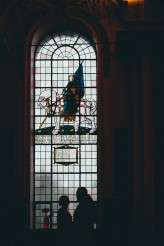